Dogs and caves in Löpärö 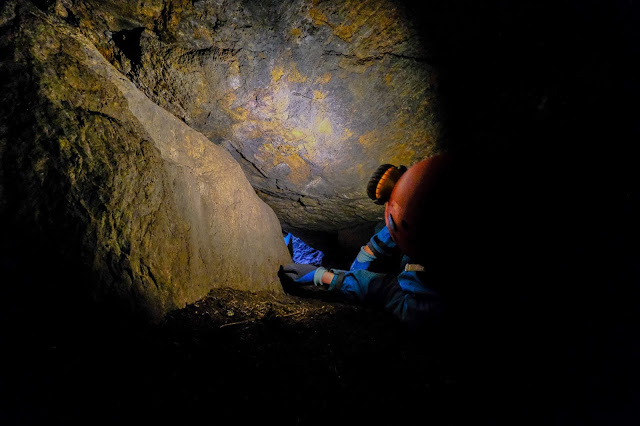 Jouni had organized a tour of the Löpärö island in Sipoo for us, with the local guide Jukka showing us the cave locations.  I think all of us were expecting a nice walk but small caves. But we were really impressed by what we found! Just take a look at these photos by Jarmo Ruuth! (Also some by Jari or Elena.)

The Finnish book of caves lists caves in one cliff area on the west side of the island, but the Finnish registry of historic artefacts lists another one on the north side. We visited both.

The north side was a particularly impressive surprise. Massive boulders, with interesting caves underneath. There's one main cave with some side passages and levels inside, total length of passages nearing 30 meters. Under the same massive boulder there's also another separate cave room, with very tight entrances on both ends, one roughly 30cm high under the boulder and one in a tight crack on the other end. And another large boulder has a large, high room under it as well.

The caves near the cliff area were also impressive, kind of reminded us of the caves in Vihti's Rokokallio. Roof caves at the bottom of a cliff, but with cracks continuing deeper into the hill. We realized that the two most obvious caves next to each other are actually connected after Tor and Jouni crawled through. I followed them, and realized that I was in a place that I had already been from the other cave only after sitting a few minutes in there. On my first visit I had not realized that one could actually go through the very low bottom to reach the next cave. Together these two caves form a fairly big cave by Finnish standards.

The trip was also very nice in other ways. The first time I was caving with my caver friends since the summer. Incidentally, the planning for this trip started in our summer trip to Vihti, when Jouni first brought it up. Glad we were able to organise this now. Also, several new people, including reinforcements from France :-)

I also drew maps of the caves, here are the boulder cave main hall map & side room map, and other boulder cave map. And here's the map of the main crack cave. 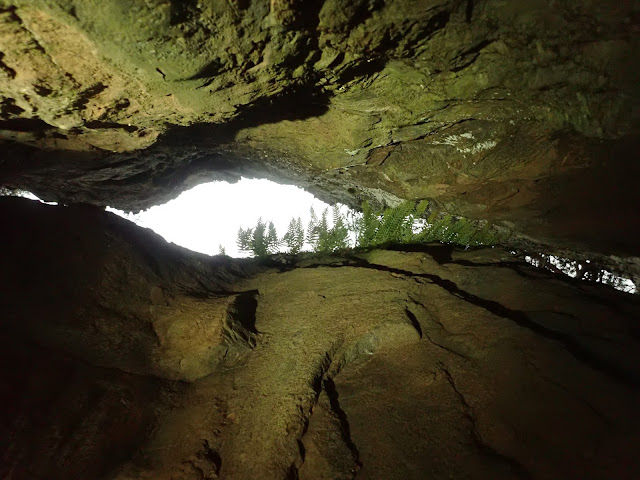 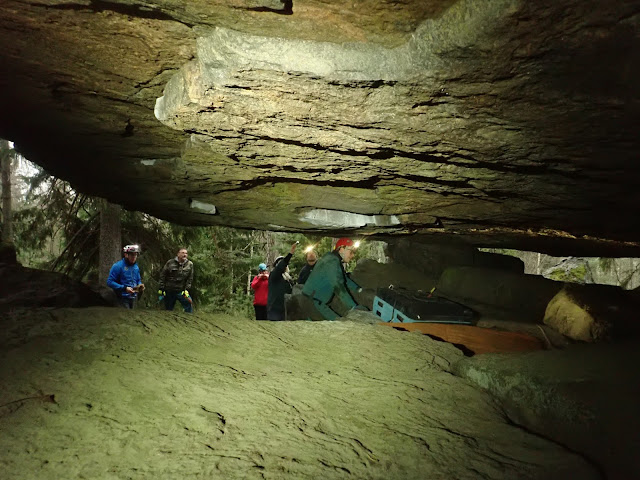 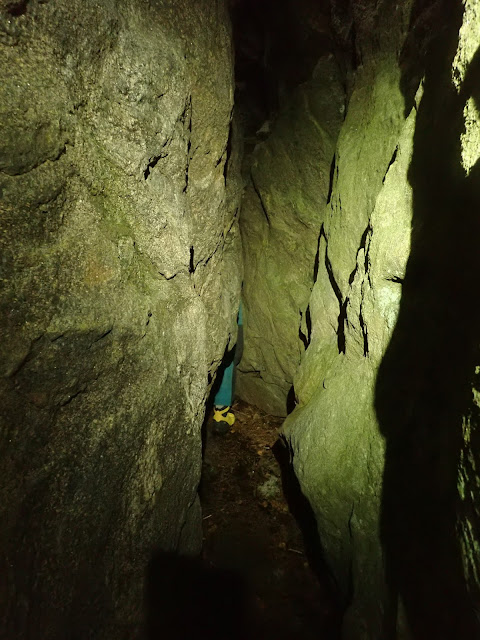 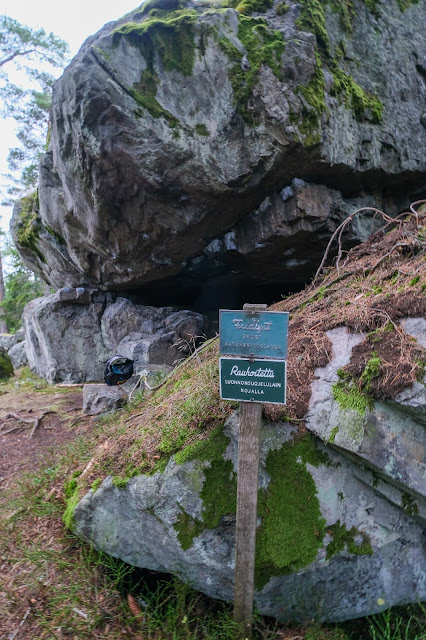 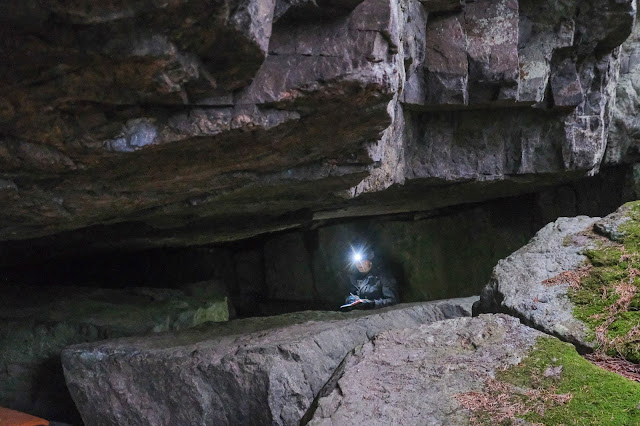 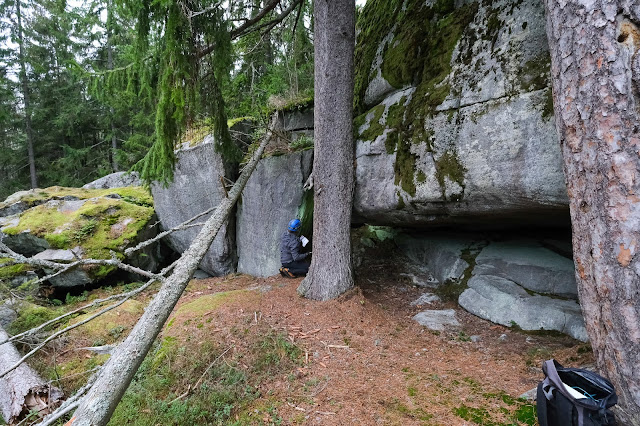 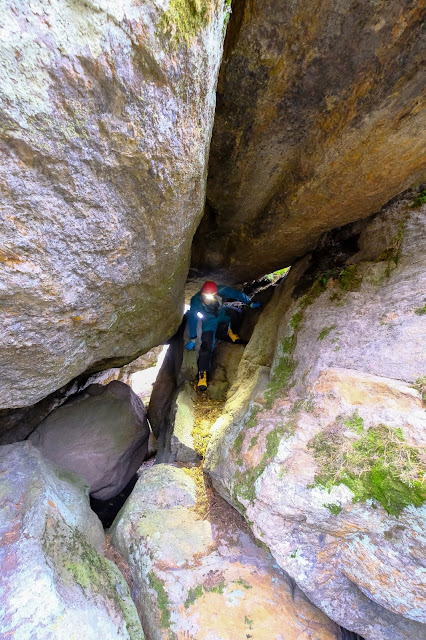 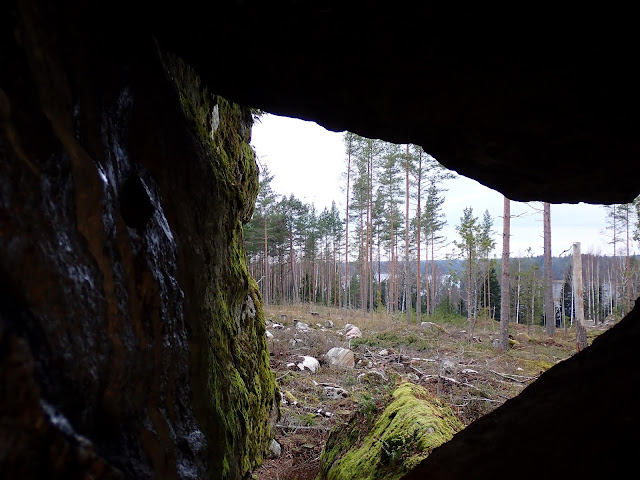 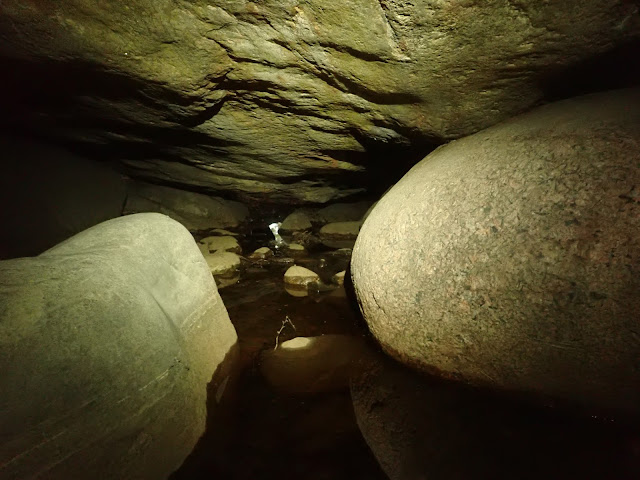 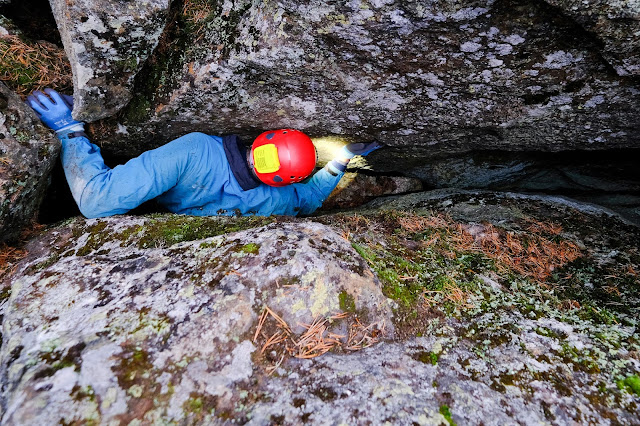 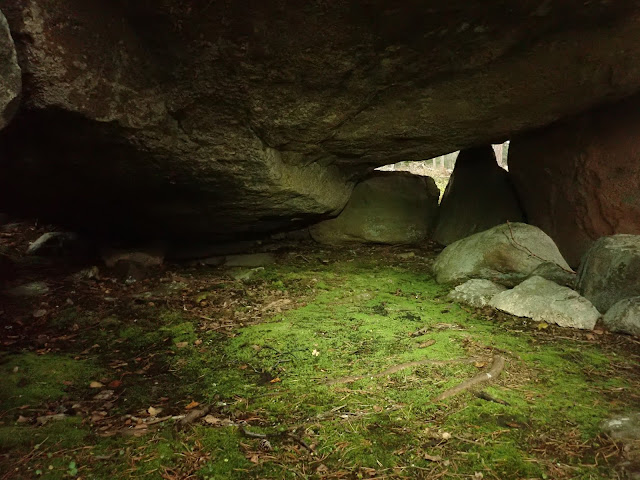 Here we are hiking in a traditional Finnish forest: 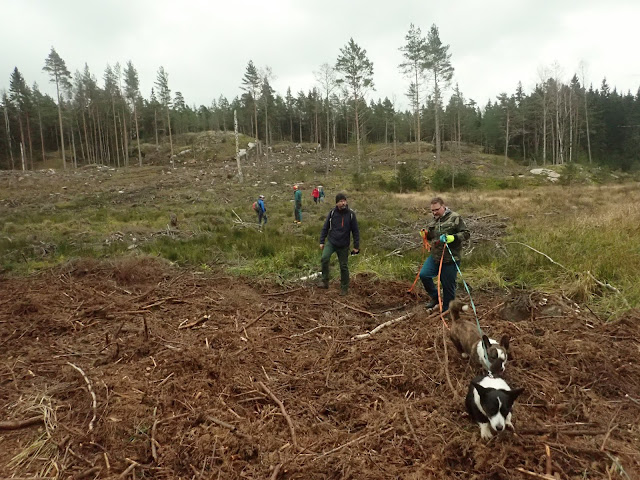 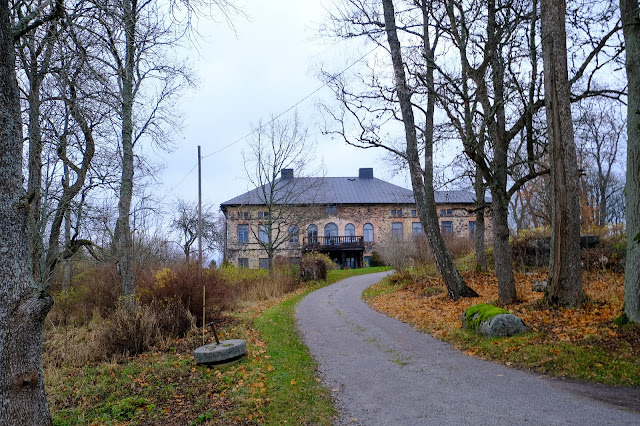 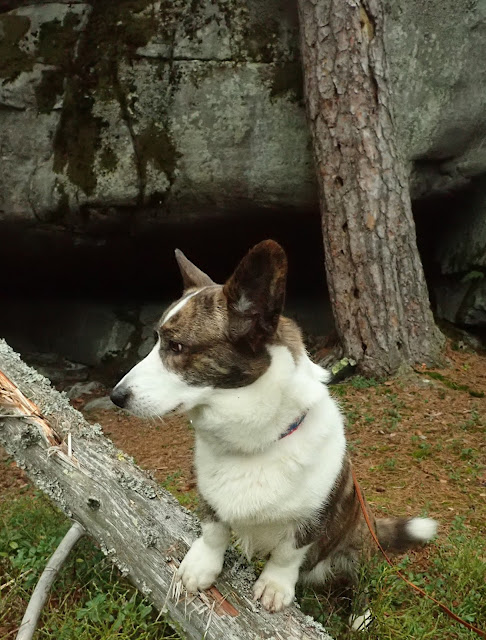 This article has also been published at TGR. See more caving stories at Planetcaver.net, and all Planetskier and Planetcaver stories at Blogspot and TGR! See also my cave map that runs the Psgeo software that has now been open sourced! This article and photos are (c) 2020 by Jarmo Ruuth, Elena Arre, and Jari Arkko. All rights reserved.

Posted by jariarkko at 2:47 AM