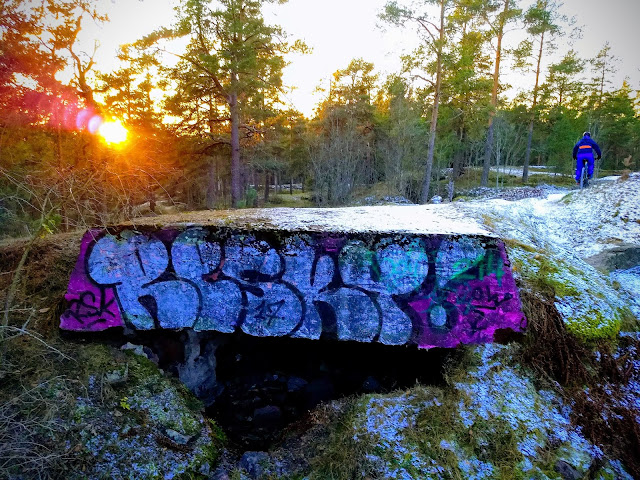 I recently blogged about a possible new cave in Laajalahti. But I didn't go there to look for a cave, I wanted to see the fortifications from before World War I, built by the Russians. I found many, including many small bunkers that one can easily visit.

The fortifications around Helsinki are the so called Krepost Sveaborg. The 10,000 men construction force was from Russia, but also partially consisted of paid Finnish labour, compulsory enlistment in Finland, and thousands of Chinese prisoners of war.

Quite interestingly, the Wikipedia article states that some of the Finns paid clerks to list them working on multiple sites simultaneously, to gather more income. The poor Chinese on the other hand were not dressed for the winter, which led to some of them attempting to escape work, as well as confrontations with the police forces.

The locations of the bunkers that I could find are: 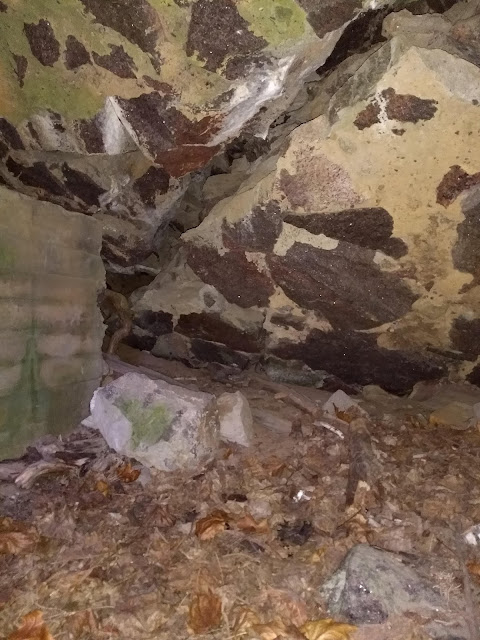 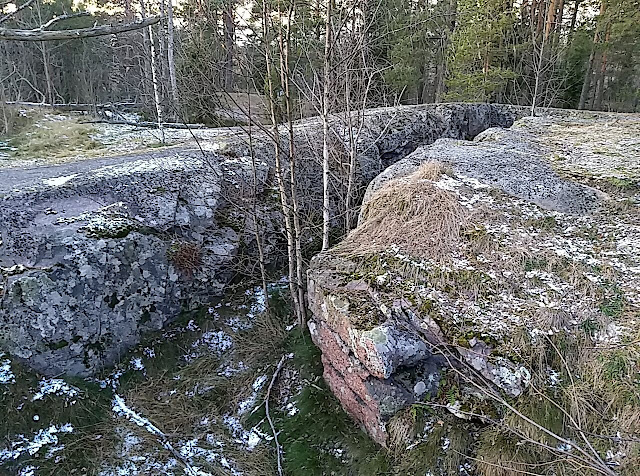 Photos (c) 2018 by Jari Arkko. All rights reserved. All caving and urban exploration related articles can of course be found from the planetcaver.net and theurbanexplorer.net sites!