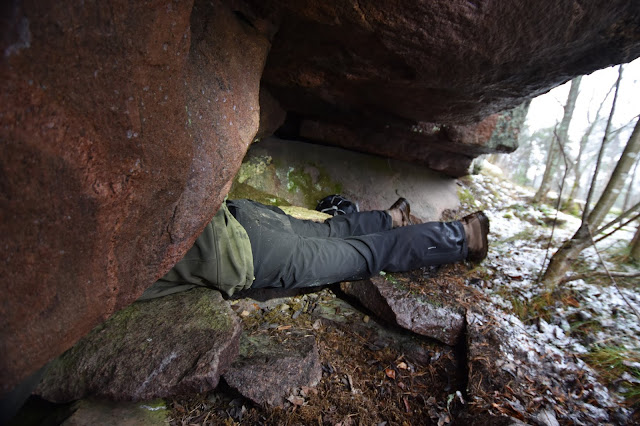 The place looks a bit like piled stone blocks, but the roof block and the ones supporting it are massive, not sure they would have been moved just for the fortifications. The question is perhaps if the space underneath is a natural phenomena or the result of quarrying taking away large rock blocks? Perhaps, perhaps not, but at least some the surfaces under the roof are clearly natural. Sloping rock, for instance.

It is of course possible that blocks of rock previously occupying the cave were cracked by human activity and then carried away. Jarmo and I looked for signs of drill holes or other tool marks, but were unable to find any in this particular spot. There are a couple of marks that could otherwise be human made, but seem either too sharp for repeated tool use or not straight enough for a drill. Maybe they are cracks.

Another possibility is that when building the fortifications, this cave was created by explosions that cracked and lifted the biggest pieces of rock.

There's an odd passageway also under the blocks to the trench 3-4 meters away on the other side of the big rock roof. It could be natural crack, or the result of explosions when dealing with the rock. But it most likely isn't intentional passageway, because it is tiny, around 21cm at the widest point. We didn't think soldiers would have been able to use that, at least not with gear or in a hurry...

Anybody with expertise in geology or history want to come and have a look? 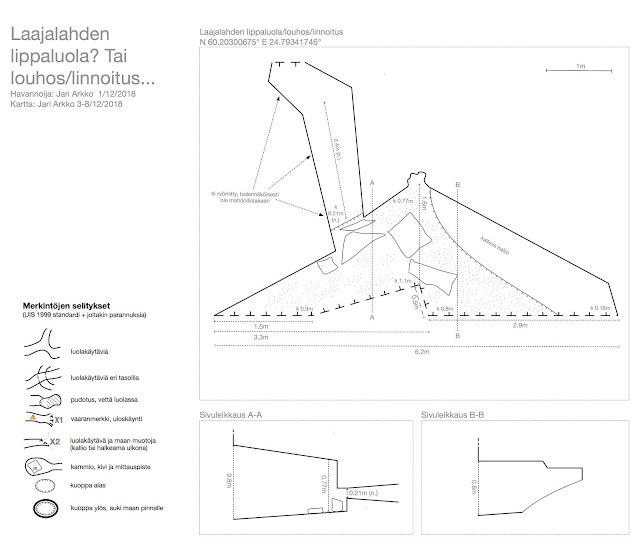 Front of the cave: 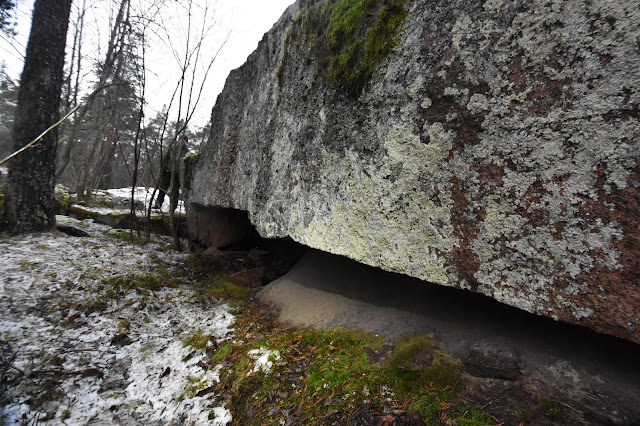 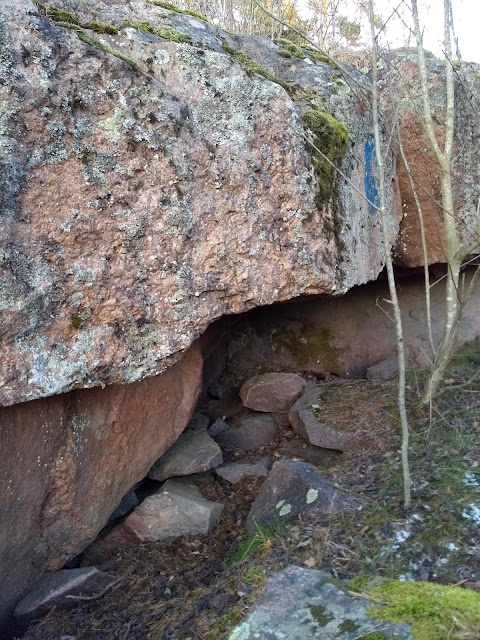 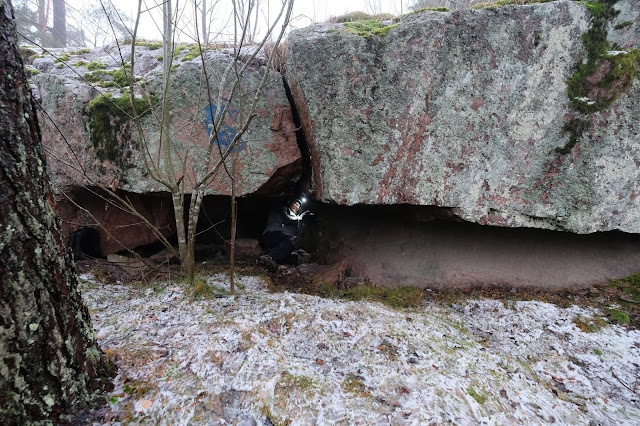 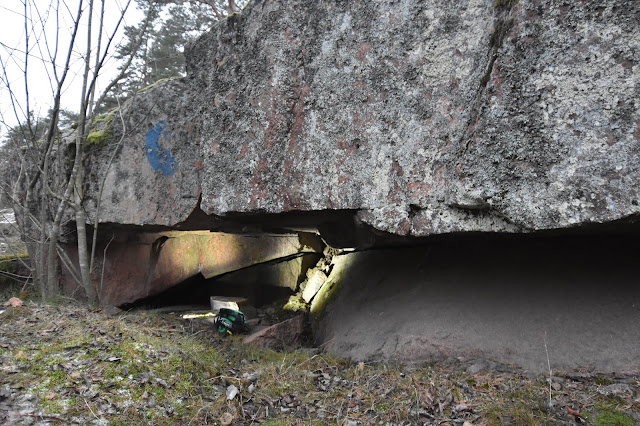 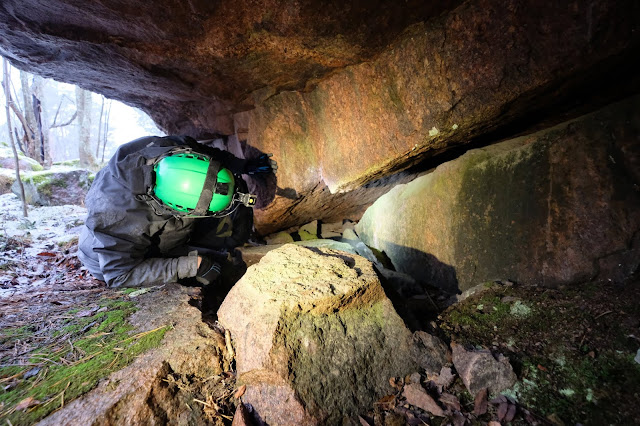 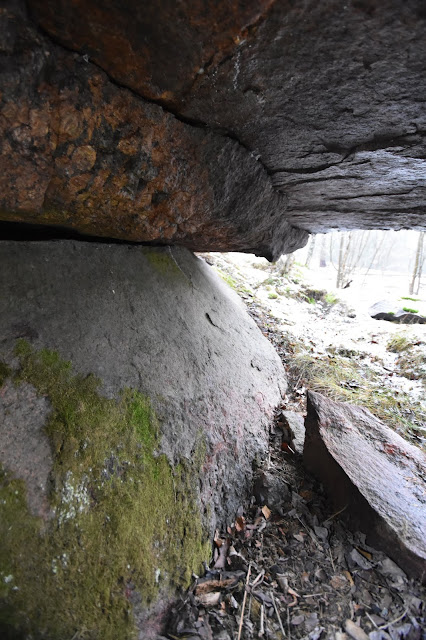 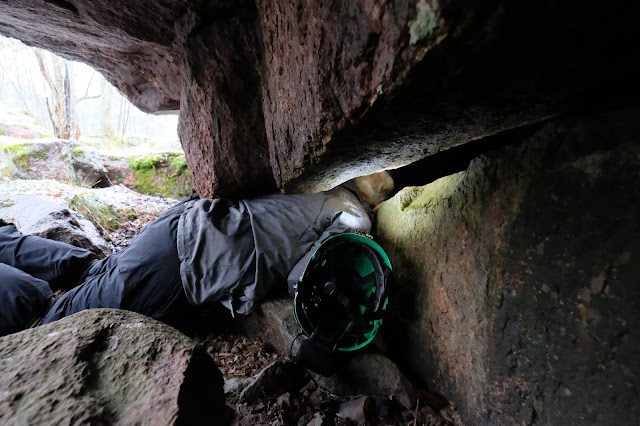 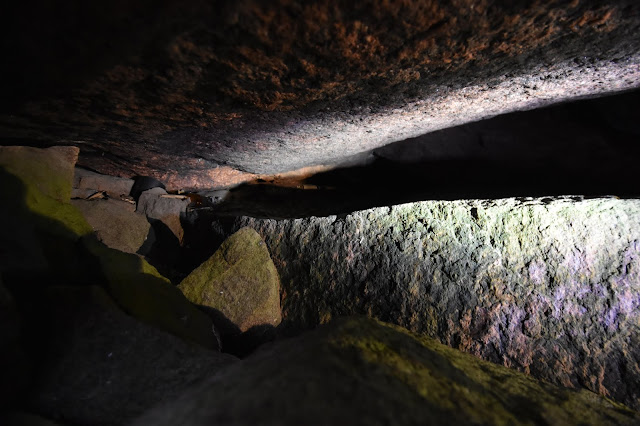 Rock in the roof, and the small marks or cracks: 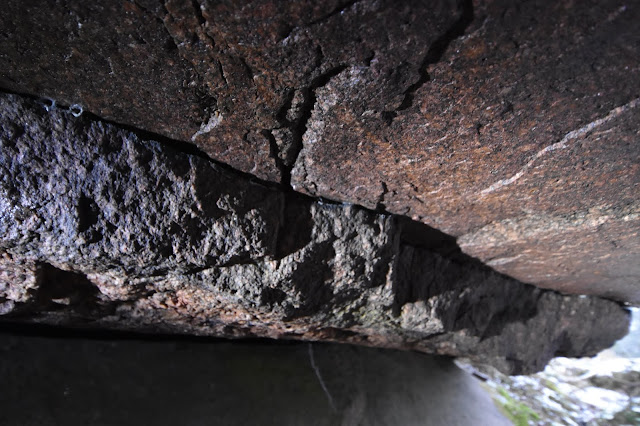