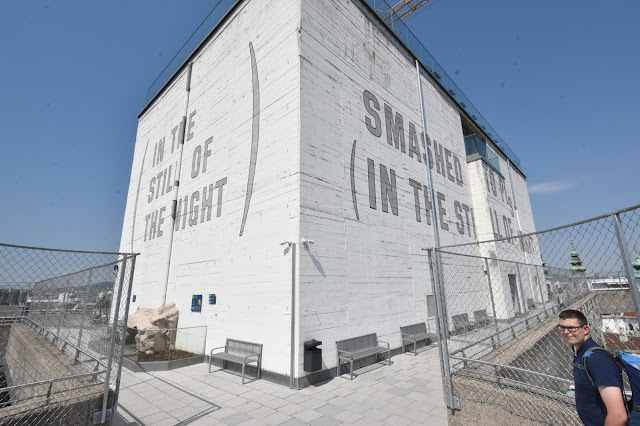 Is it an aquarium or a construct of the evil nazi regime? Well, both...

I have previously visited the nazi flak towers in Berlin and Hamburg, and while picking Tor up from the airport on our way to EuroSpeleo, we had a chance to look at one of the flak towers in Vienna's Esterhazypark.

The tower in Esterhazypark is the easiest and possibly to access and possibly the only one where one can go inside. It is a fire control tower ("L-tower"), however, so while it is high, its footprint is not as large as in the gun towers that I had seen in Berlin and Hamburg.

The tower has been converted to an aquarium and there's a remarkable climbing wall on the outside of this 54 meter high tower. Somewhere in the middle there's a small cafeteria and at the top there's a nice bar and terraces. The conversion to the aquarium has brought two huge glass extensions on both sides of the building that now house some of the crocodiles and birds.

I also bought a book about the archeology of the Vienna tower. Unfortunately, it is only available in German. I've progressed two pages into it so far but the plan is to learn the language through the use of Google translate until I remember all the words :-) Achtung, Ich kann Bunker-Deutsch sprechen! 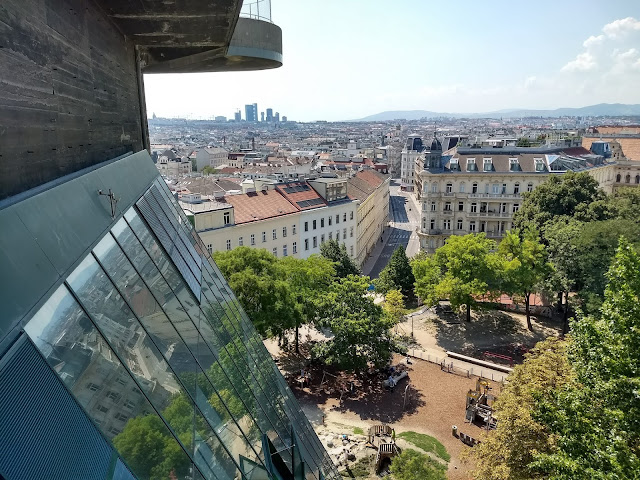 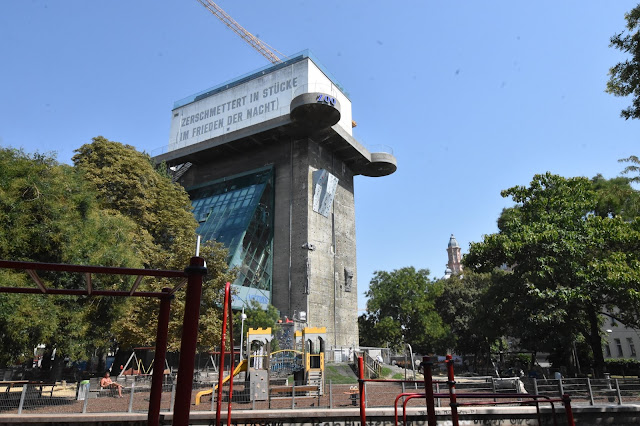 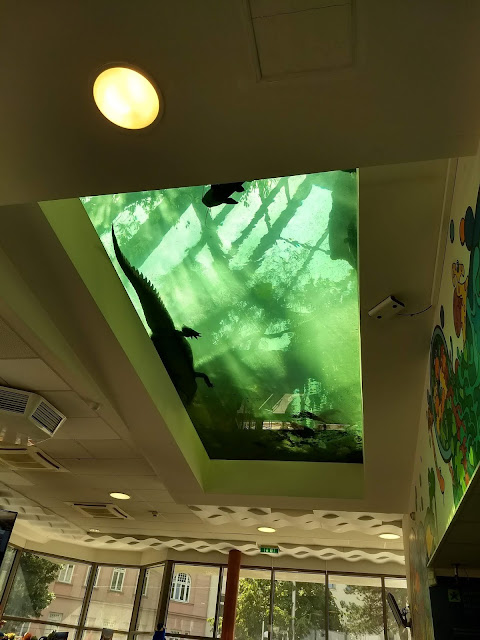 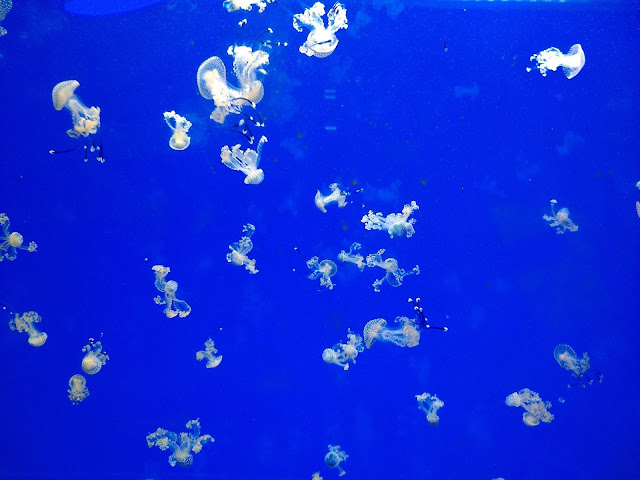 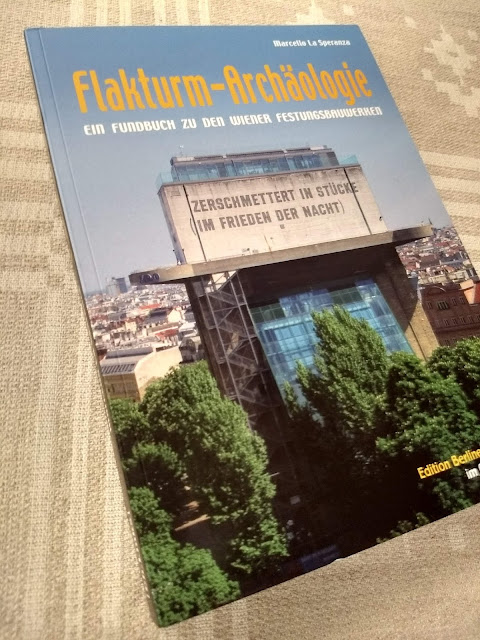 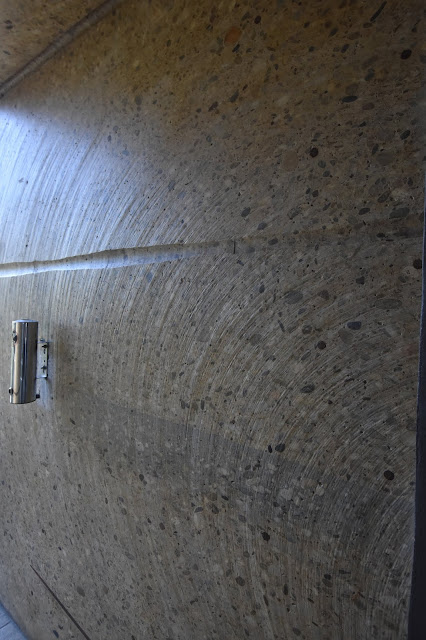 From the top down: 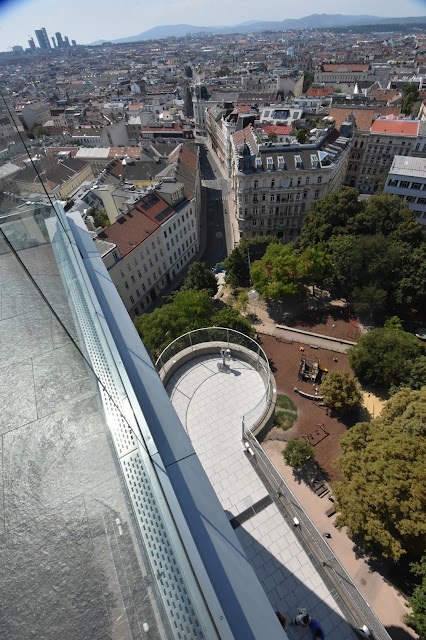 This article has also been published at TGR. And all urban exploration articles can be found at theurbanexplorer.net!

Posted by jariarkko at 3:03 AM