When I visited Stubböle a few months ago with Jari and Olli we met some local people. They pointed us to a bunker that is not shown in any maps. At that time we did not have time to check it. When Eino wanted to join me on a Sunday adventure in a perfect sunny weather we decided to go and check this bunker.

I was expecting something like a small standard bunker. When we crossed the snow covered farming fields we noticed that this definitely was not a small bunker. In fact it turned out to be one of the biggest bunkers that we have visited. It looked very similar to a huge 20x20m bunker we had seen in Östersolberg (see here and here). This bunker although blasted was still in a reasonable good shape inside so we were able to visit probably the whole interior. 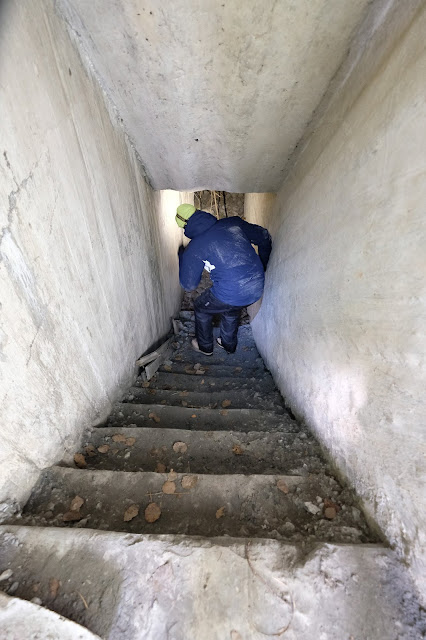 I sketched a simple map of the bunker which is shown at the top of the article. At the back there is a long corridor running from one side to the other. Entrance at point A (see the map at the top) was open. There were stairs going down. The other end of the corridor at point G was blocked but most likely was also an entrance. At point F there was a short corridor and stairs going up. It was blocked so it is not sure if it was entrance or something else. 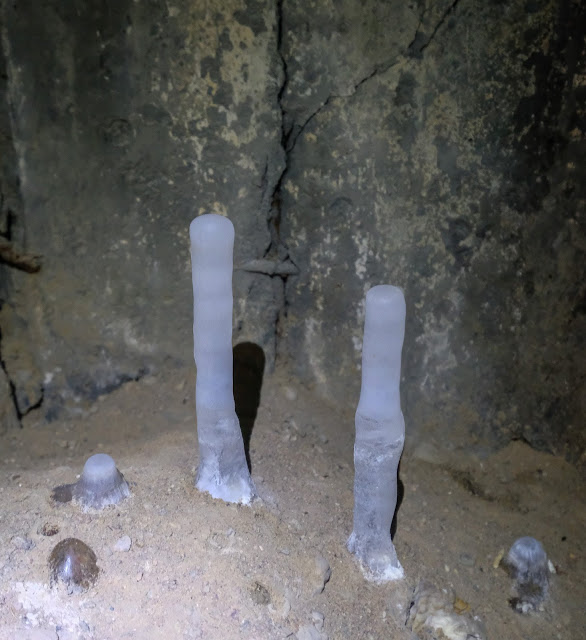 This bunker is one of the biggest there is and relatively easy to move around so it is definitely worth visiting. Also access is easy. There is a road close by and when you approach from the farming field side it should cause no trouble to nearby houses.

More pictures from inside: 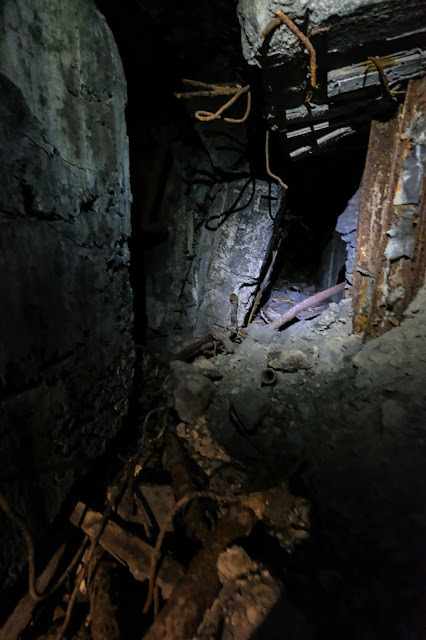 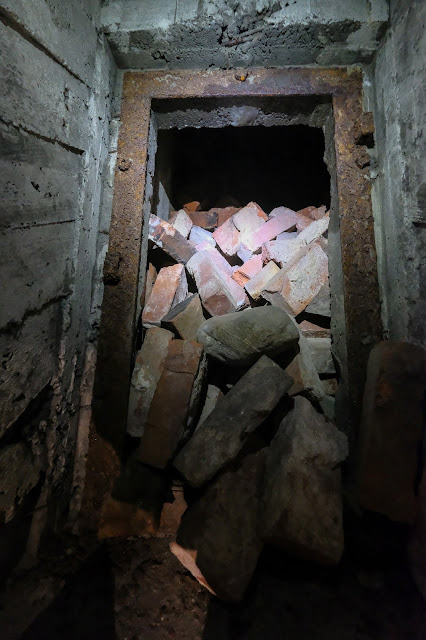 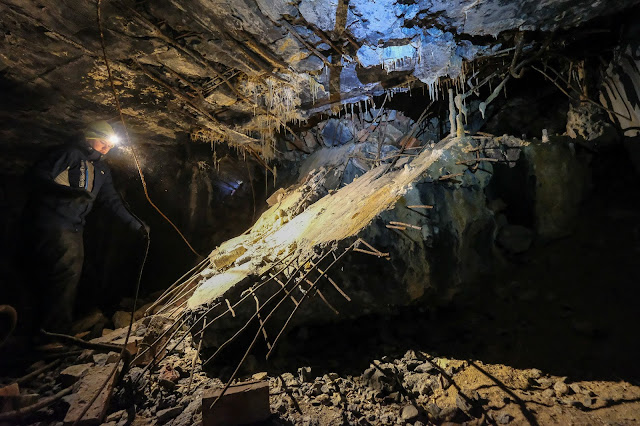 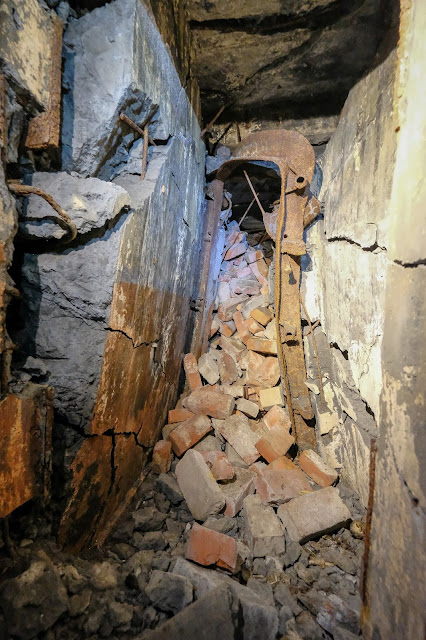 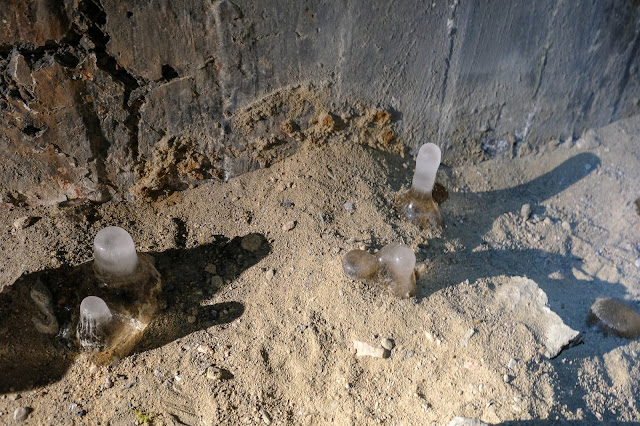 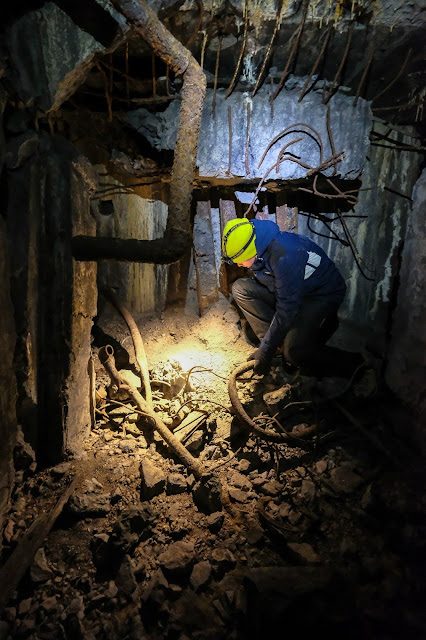