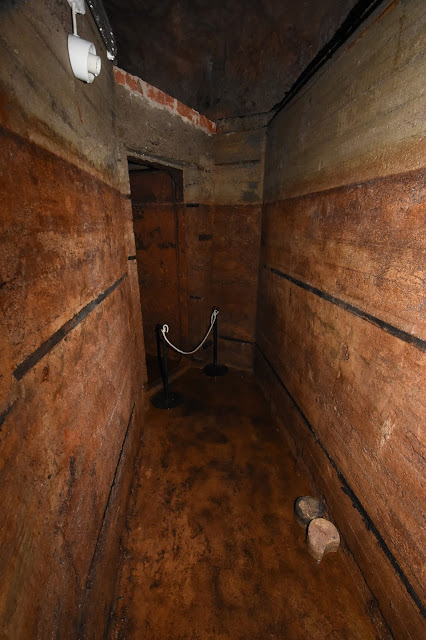 A small announcement in the newspaper -- Mannerheim's bunker to open for visitors. Of course I had to go...

It is a small bunker, underneath the Tamminiemi museum. There's an entrance from the seafront, through the exposed rock face. There are also stairs to the main house. Or were, the house side of this entrance has been closed, and the wooden stairs have collapsed a long time ago.

A damp place. In the recent rains it had flooded. And earlier before they started the renovation, it was half-filled with water. Due to damage, the internal (wooden?) roofs of the bunker rooms no longer exist.

Still, this small bunker manages to pack an interesting maze of small corridors and closets in a tiny space six meters under ground. And the corridor towards the stairs to the house was off-limits, I went inside, of course. But Jarmo went even further and saw the stairs. Photos of them brought to you here in this blog, not for viewing even on the rare official tour!

Worth a visit though. Googling for when they've opened it, the last time was in 2011, so every five or six years there seems to be a way to come and see this. 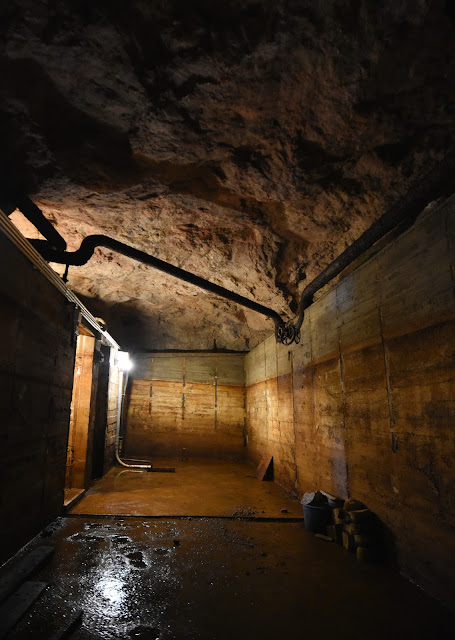 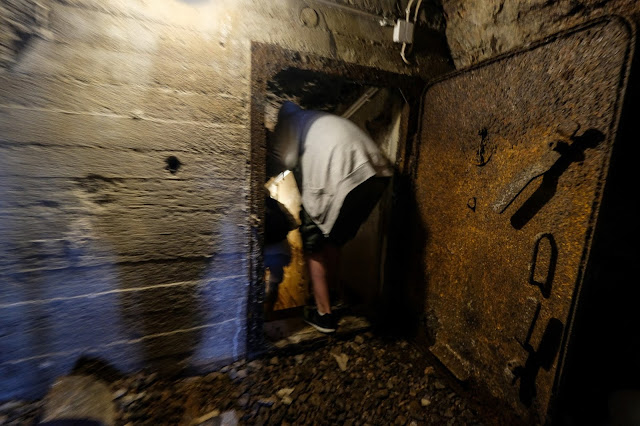 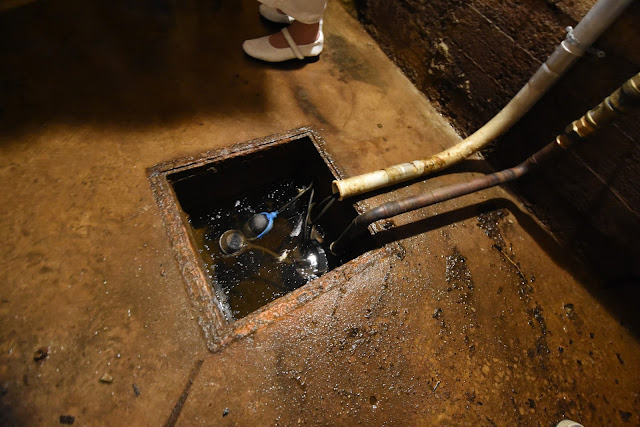 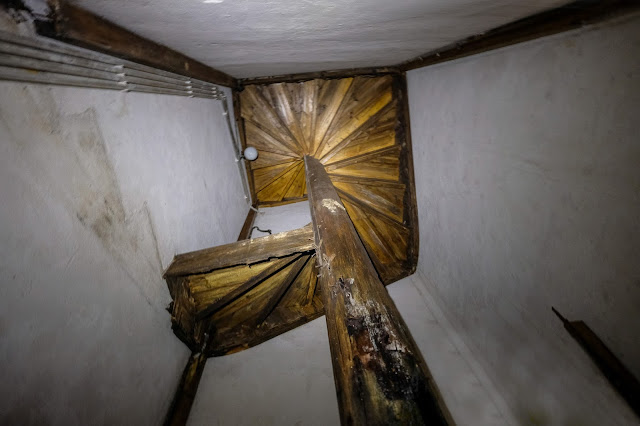 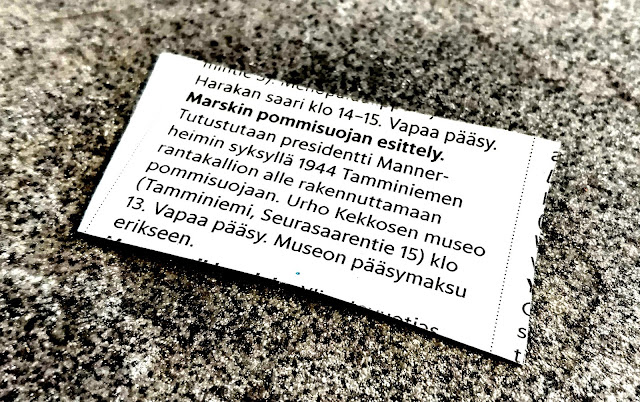