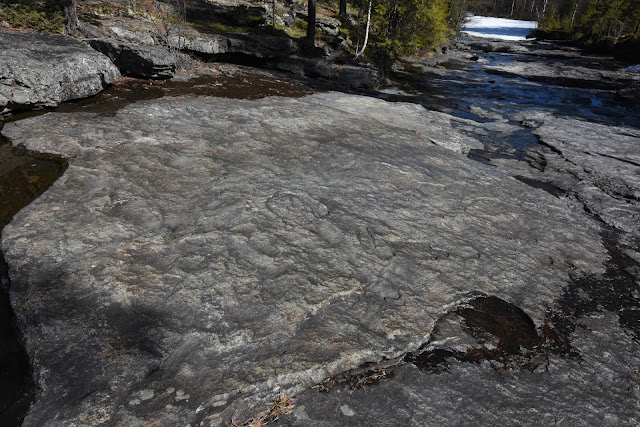 On my way back from Hemsedal, I ran into a sign for a meteorite crater near the highway at Nesbyen. The Gardnos meteorite crater is the site of a 200-300m meteorite colliding with the earth 500 million years ago. It must have been quite a hit...

In fact, per recent research, the impact energy from a 300m meteorite would be roughly a gigaton. A gigaton! Remember that Hiroshima atomic bombs were measured in kilotons...

There's no immediately recognisable crater, but there is a hill at the centre of the crater, and the ridges around the site are the crater walls, some eroded away by the ice age. The crater is 5 kilometres in diameter, yet it was identified as a meteor crater in only 1990.

But, if you look closely, the rock here is odd. There's a dry riverbed running over ground rock near the parking lot, and is has a glassy, melted feel to it. Some of the boulders have distinct colours. But, you have to do some research to know what you're seeing. The wikipedia link above is a start, and the Earth Impact Database is another good one.

The meteorite crater place isn't officially open except in the summer, but at least on my visit the road was open, there's a parking lot, and one can walk on the river bed and on the trail towards the centre of the crater. It may not be advisable, however. And you'll miss the very interesting explanations from the tours. I plan to make a donation to the organisation to pay for my visit... 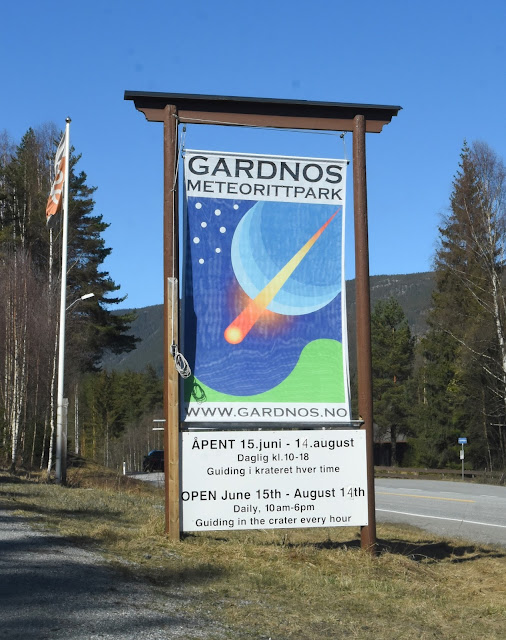 More of the melted stone: 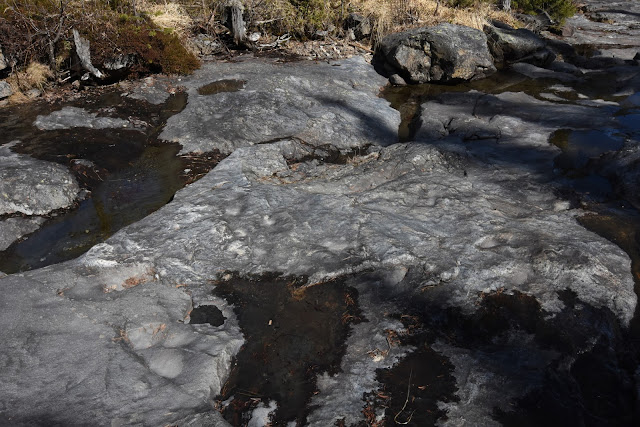 The view from the centre cone: 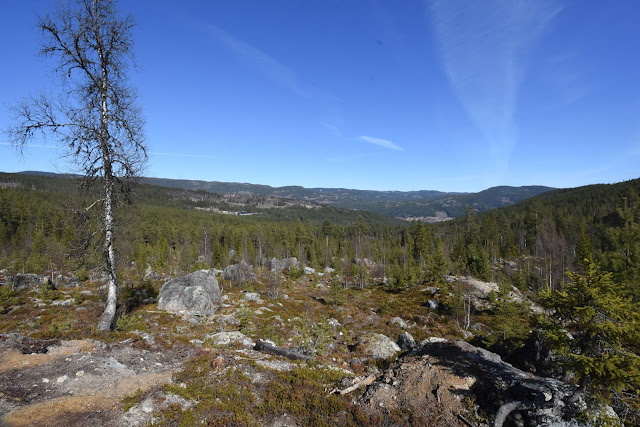 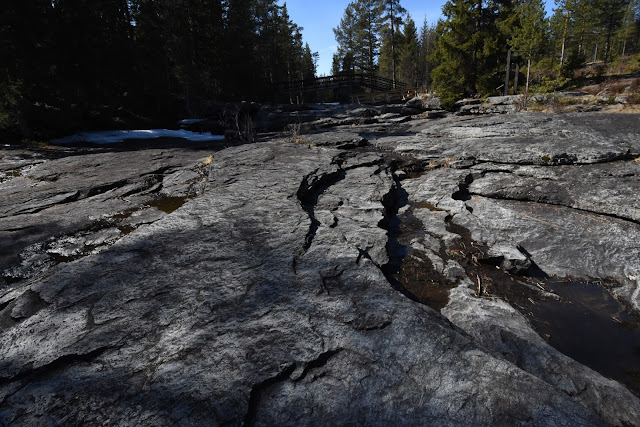