I'm wet. Cold. Sweaty. And have 16 hours of travel ahead of me. Auberge and Spa Beaux Rêves' sauna to the rescue!

I was returning from the closed ski areas tour in Quebec, and had been drenched by rain at the Chantecler ski area. The first spa that I wanted to enter didn't accept guests other than those staying at the hotel. But then I saw Auberge and Spa Beaux Rêves!

They had three saunas, one steam, one barrel, and one "mill" sauna, a small rock tower with the best heat. They also had one cold pool/waterfall, and two heated rock pools. This little spa and hotel is located between Boulevard de Sainte-Adèle and a rocky river.

Much refreshed, probably to the benefit of the fellow tourist class inmates at the back of the British Airways plane. Recommended! 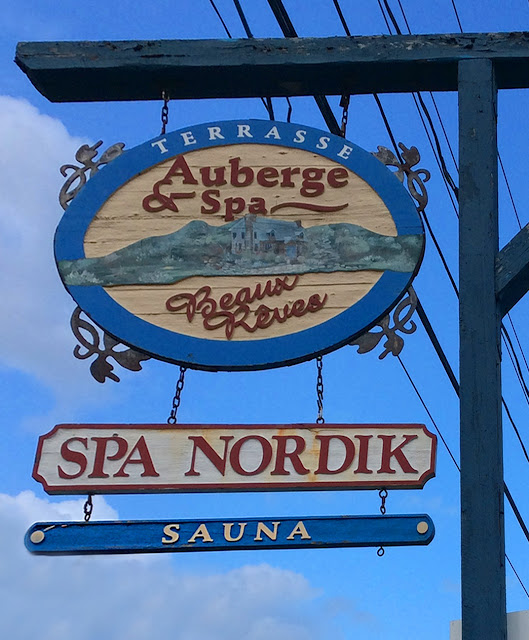 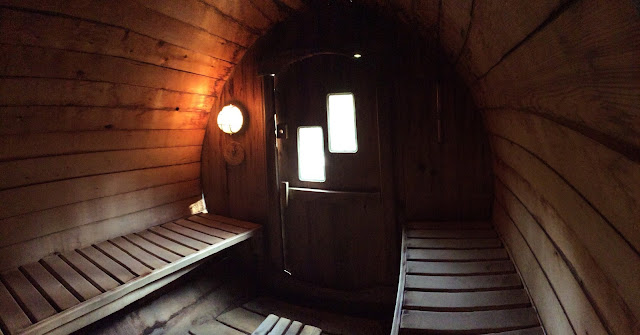 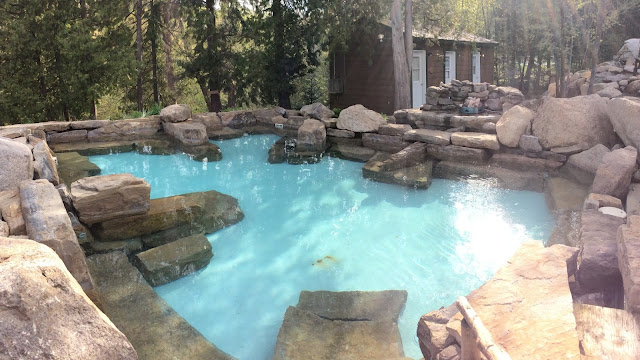 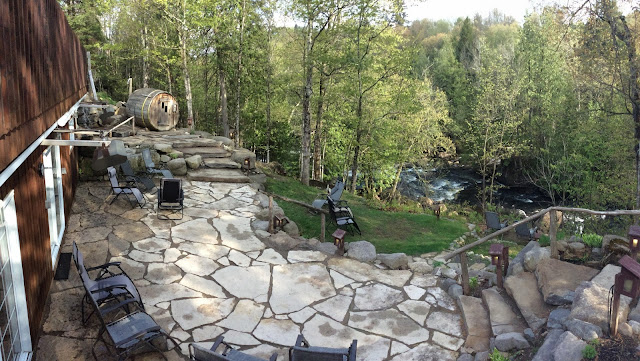