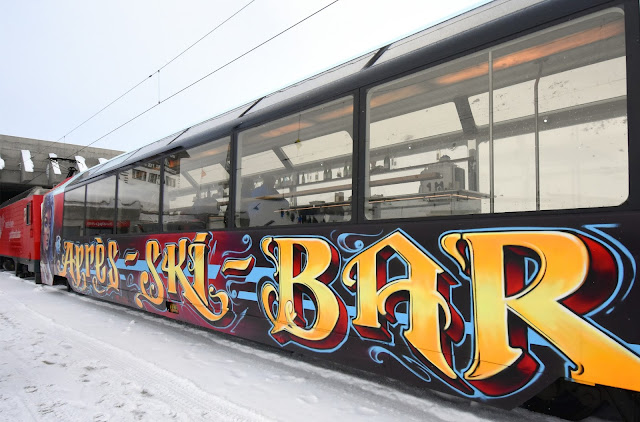 This is a brilliant idea. The Matterhorn-Gotthard Bahn doesn't just take you to the ski slopes, it also serves beer and after-ski music on the way there. Even on the 9:30am train.

You can count on the Swiss being innovative! Almost as innovative as the Finns, who have previously invented the "Spårakoff" pub tram for the Helsinki city transport. (Sadly, in recent years innovation in Finland has declined, and we now focus mostly on building subway lines that get never completed.)

The Matterhorn-Gotthard Bahn runs as the Après-ski Zug twice a day in both directions from Andermatt to Disentis. When going from Andermatt, though, we recommend getting off at Oberalppass and skiing to Sedrun, and when coming back, getting off at Nätschen and skiing to Andermatt. Try to beat the train on the path between Nätschen and Andermatt; it is doable but you'll have to hurry. At the end there's 100-200 meters of walking or running to the station. 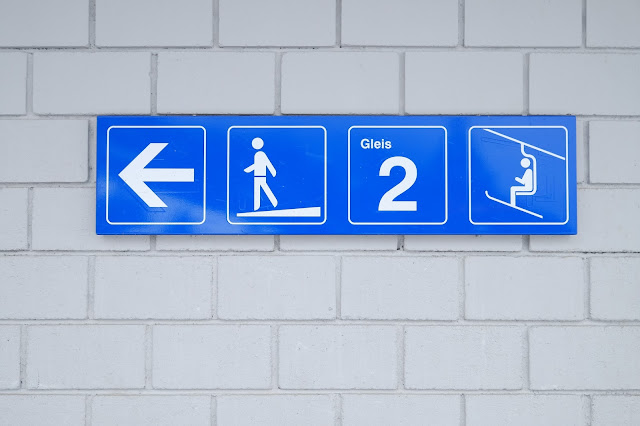 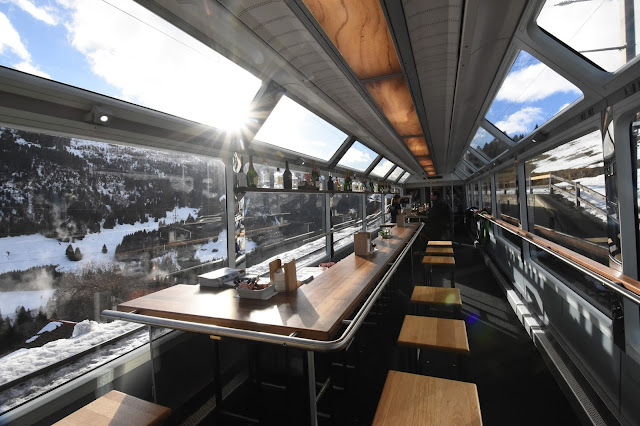 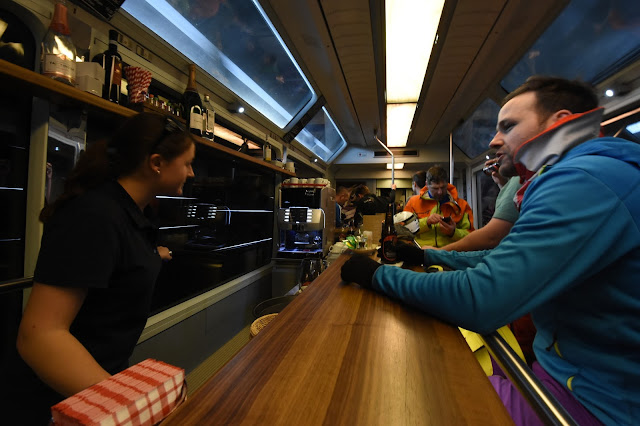 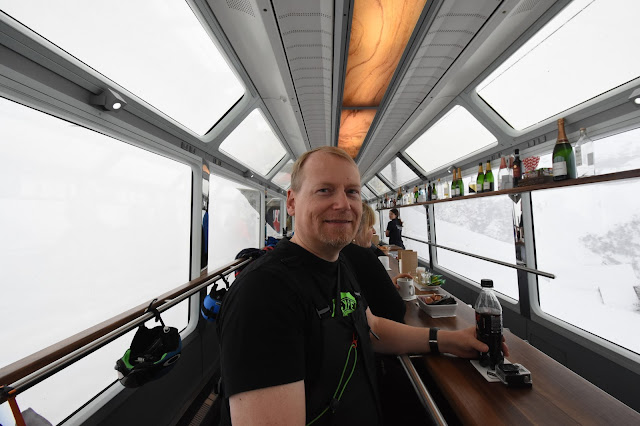 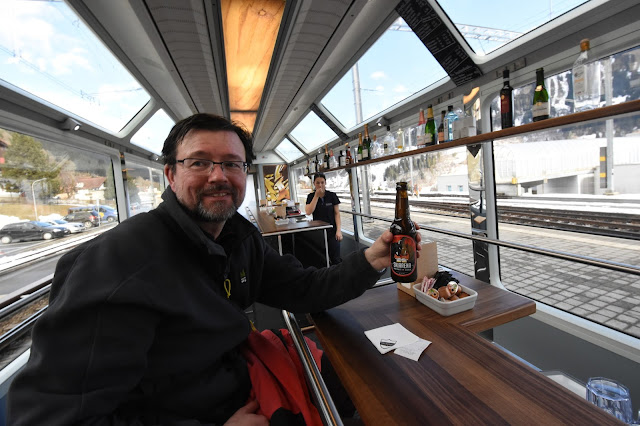 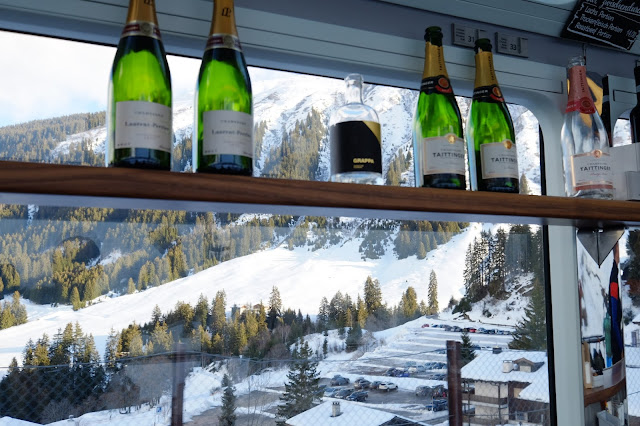 Photos and videos (c) 2017 by Jari Arkko. This blog is also available at the TGR site. Tämä blogi löytyy myös suomeksi Relaasta.
Posted by jariarkko at 9:04 AM