That moment when you realise that the ski area you were going to ski at next week is closed due to the volcano erupting. The obvious next question is, of course, if I was packing skins. 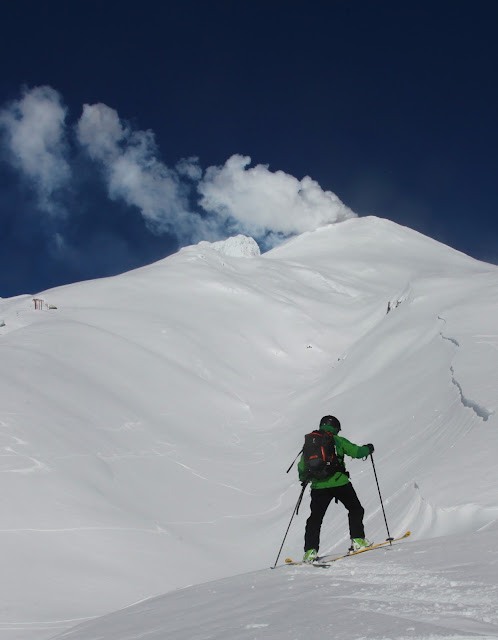 Like so many outdoorsy things, our Chilean excursion was greatly affected by the nature's whims. The volcano. The ski areas that were closed because of the snow storm of the decade. But of course, this should be seen as an opportunity for adventure rather than a problem. Visiting other ski areas, exploring other things, or climbing up.

As we landed in Temuco - 700 kilometres south of Santiago - the horizon was full of conical mountains. This is a typical volcano shape, and some of them were smoking.

We didn't really have time to head to the open ski areas during the day, they were a bit further out. So we had reserved the day to explore the area around Villarica. I really wanted to see the volcano, the town of Pucón, and the beautiful lake Villarica next to them. But I also wanted to see how far up the mountain we could drive on the ski area road. Perhaps we could see something.

It turned out that a few other cars were also on the same road, setting up snow chains and planning to go up. We run into two local snowboarding hitchhikers, who explained that while the mountain is still under a Yellow alert, the road is actually passable, and a handful of skiers are enjoying skinning up the ski area.

After some trouble setting up our chains (one of them was of wrong size), we managed to drive up, and started to set up skins on our skis. We could go as high as the lower base of the ski area by car, and then had to skin up about 200 meters through moderately sloping forests. The upper base area, an open and still relatively flat area opened around us.

For the first time, we were able to clearly see the erupting volcano close ahead of us. The volcano was definitely not sleeping, as the top was emitting a large plume of smoke. Yet the most active period of the eruption had ceased, and there were no lava flows, explosions, or visible ash. Sadly, no red stuff! The upper flanks of the volcano were slightly coloured by falling ash, however.

By now we were within the closed-for-the-public 3km range from the crater, but stayed on top of the ridges. Glacier volcanoes can quickly generate deadly lahars, flows mixing volcanic material, mud, and water. And those flows will run on the couloirs and valleys.

We kept climbing, as the ground started to rise more steeply. Weather became very variable. One moment we could barely see our skis, the next moment it was clear skies. After climbing 400 meters and reaching slightly beyond one of the chairlift lines, we decided to turn back. But only because I needed to be on a work conference call in half an hour, and by now we had run out of phone coverage. Otherwise we would have continued to see the crater :-)

We skied down, on mostly icy or otherwise difficult snow. We had skied at Ski Pucón, even if the lifts were not operating. And seen an amazing view of the imposing volcano smoking ahead of us. Worth the climb and the sweat, even if this was yet another one ski run day.

And had the ski area been operating, it would have been a nice place, a mixture of steeper and less steep slopes in an amazing setting. 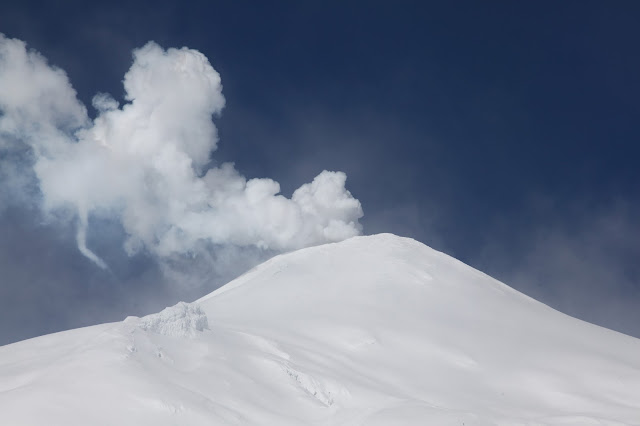 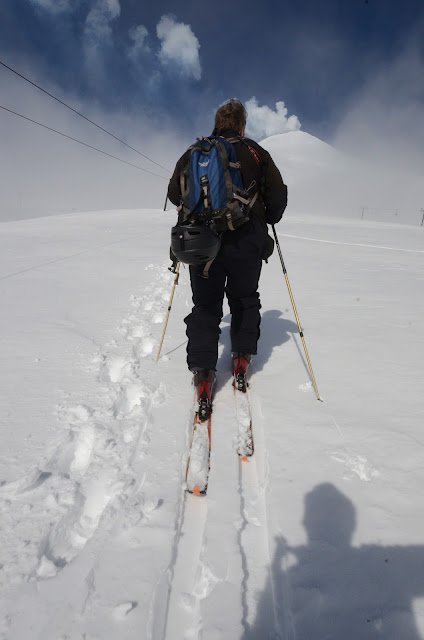 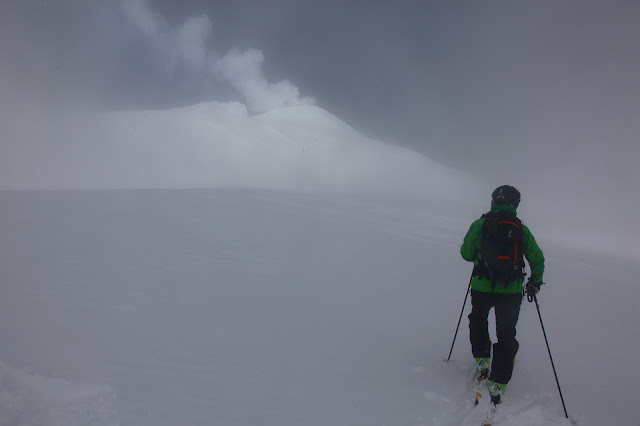 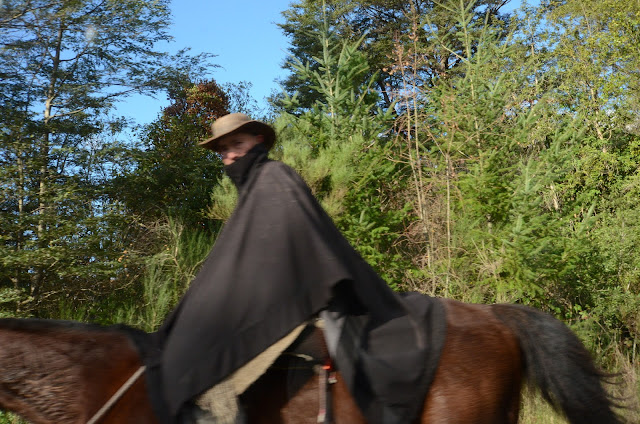 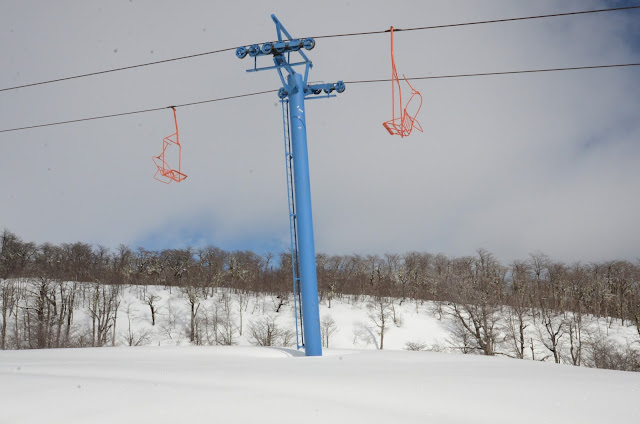 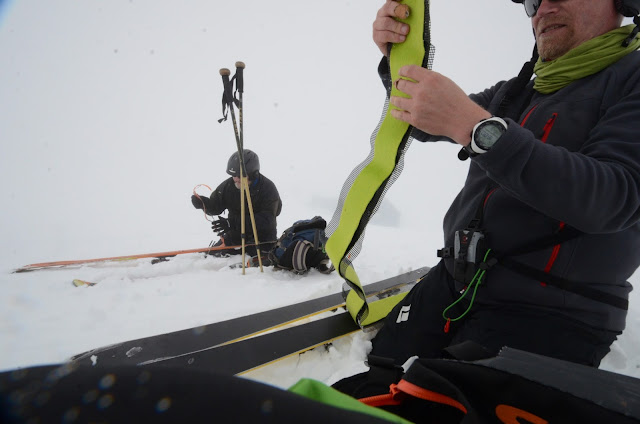 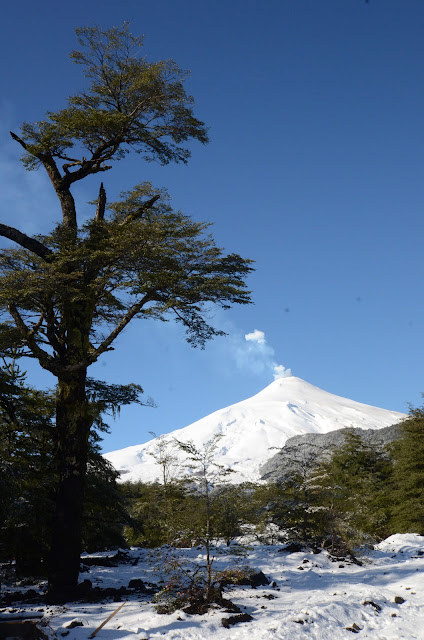 Photos and videos (c) 2015 by DailyMail (Reuters) for the first picture, the rest Jari Arkko and Tero Kivinen. Tämä blogi löytyy myös suomeksi. There is also a TGR version of this article.

Posted by jariarkko at 2:38 PM