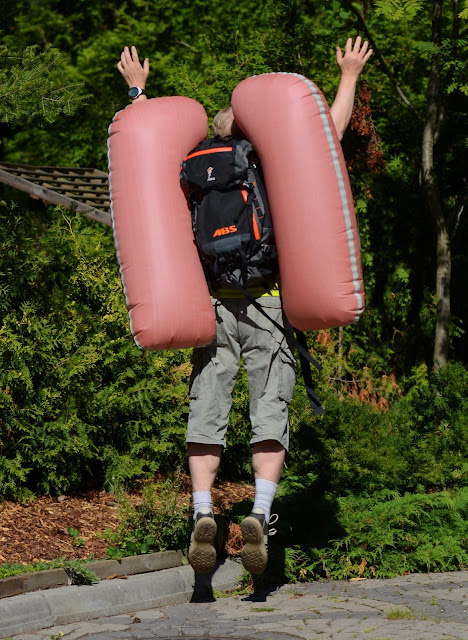 It is a hot summer. Perfect time to test avalanche gear?

Two years ago, I was in an avalanche, and failed to pull the ABS handle to fill my backpack. I had maybe a second to react, and in the panic chose only to ski a bit forward. The skiing was probably a good idea, because it got me away from the bottom of a couloir. Avalanches are violent, destructive events and the backpack is not a way to save you in all circumstances. Still, pulling the backpack would also have been a good idea.

But I've never found the handle convenient. I've had it drop by itself a couple of times, presumably due to iced up connection. And I've been scared of touching the handle since I had no good idea of how sensitive it is. The handle contains 200 milligrams of explosives which are used to cause the bottle to open, and the bottle then fills up the airbags through tubes.

On my recent trip to Chile, the clueless airline - never fly TAM Airlines! - confiscated my ABS bottle, despite their website and service centre claiming to respect the IATA rules. (The IATA rules specify ABS backpacks as dangerous goods that can be transported in cabin or hold luggage when disarmed. I realise that my backpack transport problems are a minor first world annoyance, but on the other hand you probably want to fly airlines that follow dangerous goods transport guidelines accurately. If they can make a mistake to not transport an allowable item, will they also be making mistakes to transport non-allowable items? And don't get me started on North America where safety equipment like the backpacks are not allowed, yet guns can be transported as luggage.)

But back to my backpack. The incident caused me to have to go to my ABS supplier, Camu, and get a new bottle. But I also decided to ask for another bottle to be used in a test.

So I ended up testing the backpack launch in hot sunshine. The handle felt good in the launch, it was easy to initiate and yet not too easy so that one would accidentally launch the backpack by a mere touch.

The airbags became surprisingly full and rigid. They also retained the air for quite some time. Overall the system appeared to be sturdy and reliable.

Testing and practice is recommended! If you do launch your backpack, I found these instructions helpful for the re-packing part. The bottle and the handle are destroyed, and need to be returned to the shop for replacement and refilling.

I feel more confident about the system now, having tested it. In any case, do not get into an avalanche - they are very bad for you, backpack or not.

Here is how you recognised used items: there is a hole in the bottle, and there is several millimetres of red plastic between the handle the metal pin: 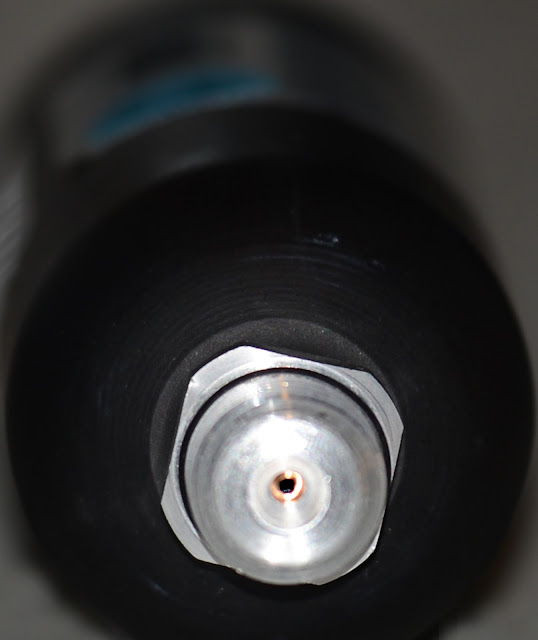 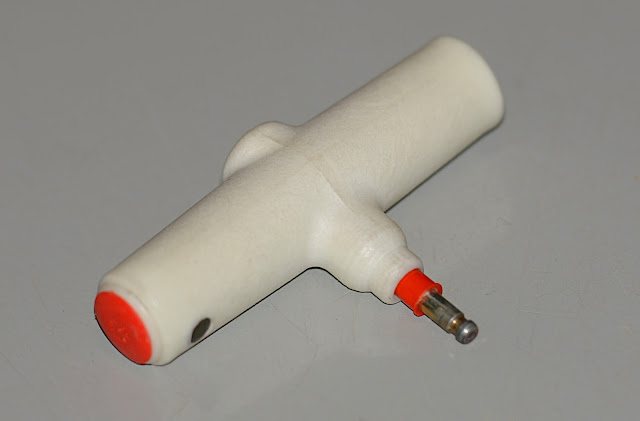 Photos and videos (c) 2015 by Jari Arkko and Olli Arkko. Tämä blogi löytyy myös suomeksi. Another version of the article is also at the TGR site.

Posted by jariarkko at 3:46 PM