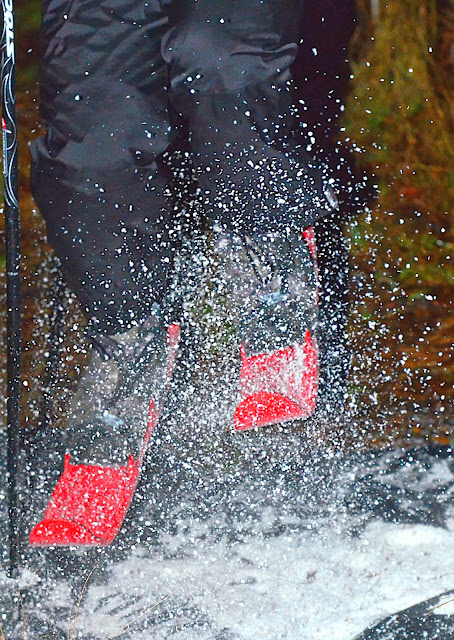 We call this the "musta joulu" or dark Christmas in Finland. No snow. But there is rain, darkness, and depression. No matter, I have found a steep, muddy hill in Kauniainen and I can go ski that. But what I really wonder is how to take good ski photos in this weather. Would rice help?

And there really is no snow anywhere. The only snowman that I was able to find was inside: 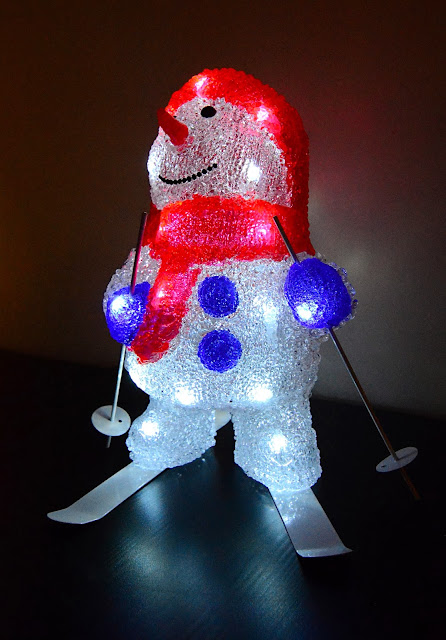 But back to skiing and photography. Maybe I can take good photos on some other day, but I was indeed able to take some photos. As snow I used rice flakes, the kind that we make Christmas porridge with. Here's recipe:

This recipe works for powdery snow. If you want to simulate wet spring snow, you should make porridge out of the rice flakes first.

But the skiing on mud was great. Of course. But it was very difficult. The main difficulty was turning among the tiny beginnings of trees and plants. When walking, you do not necessarily even recognise that something is growing in the ground, but when you try to make a turn and your skis slide right on the ground, they will hit whatever is growing from the ground at their strongest point near the ground. Make the skis turn takes a lot of effort. I think I succeeded in making one turn after several tries. And took one fall. Once again I noticed that to ski on something else than snow, the slope needs to be very steep. On the backsides of the Kauniainen ice skating hall the hills are steep enough. But when they are steep, you also start to lose traction, and it is easy to fall.

By the way, I used a flash to take the opening picture above with rice flakes. I can also recommend using flash photography in many situations, even in children's sled rides. A flash can fire for 1/20000s, much less than usual camera shutter times. This means that it can freeze flying snow (or rice!) in a very nice way. I used to build small piles of light snow and skied or sledded through. Just 20-30 cm of snow is usually enough to make snow fly around, if you hit it at speed. Set your SLR to all manual and the the flash on a low power setting (e.g., 1/16). This allows you to use continuous shooting mode and take several shots in sequence. Here's one example of a photo taken in this manner: 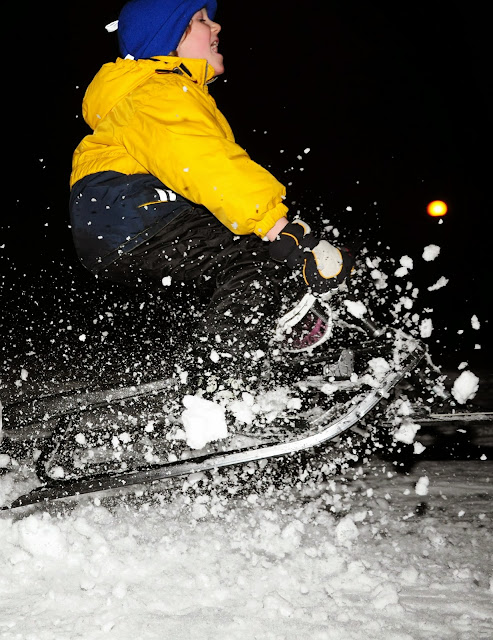 But I have had enough writing for today, I want to go see something that I got for Christmas, the Pilke free skiing movie from Finland. 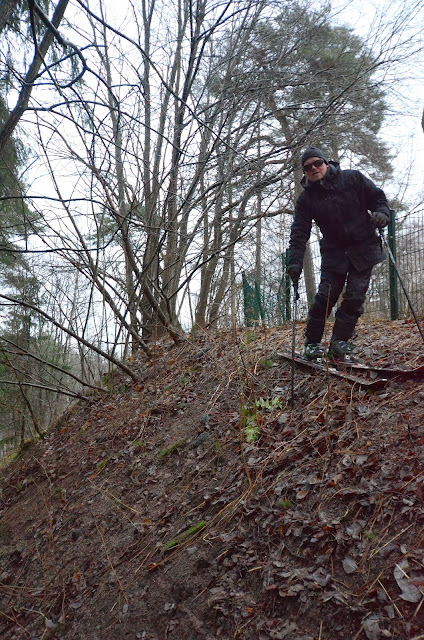 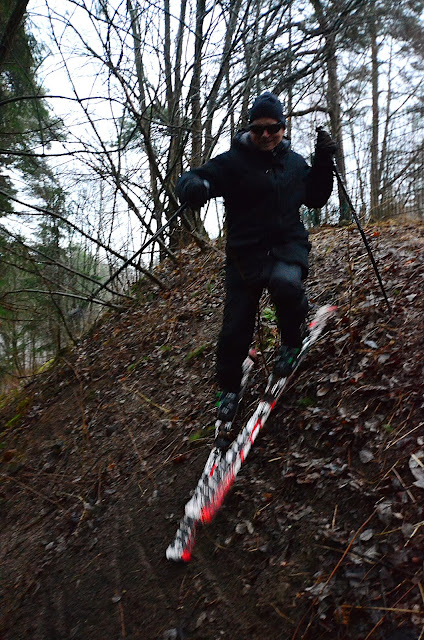 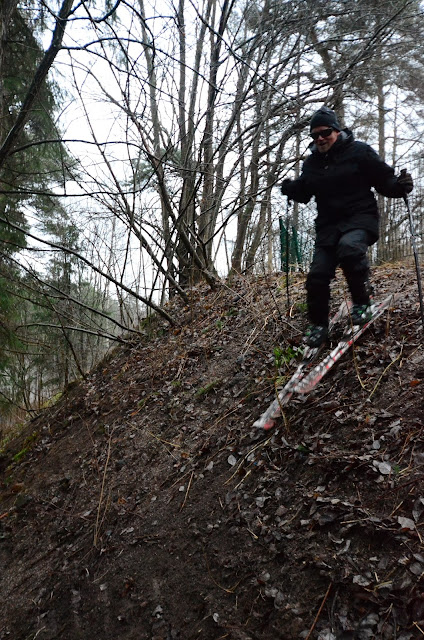 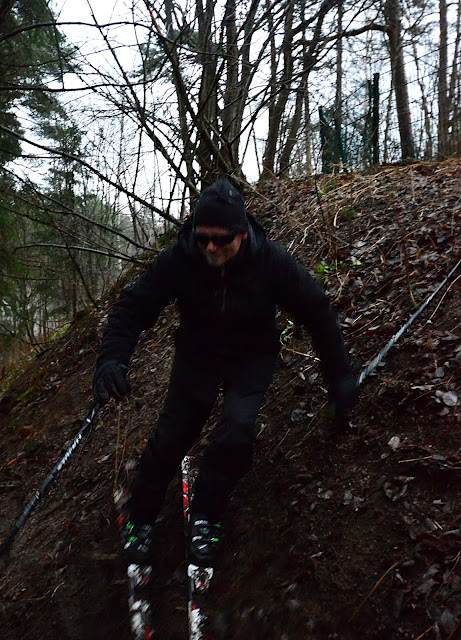 Photos and videos © 2013 by Jari Arkko and Olli Arkko. Tämä artikkeli löytyy myös suomeksi.
Posted by jariarkko at 3:52 AM