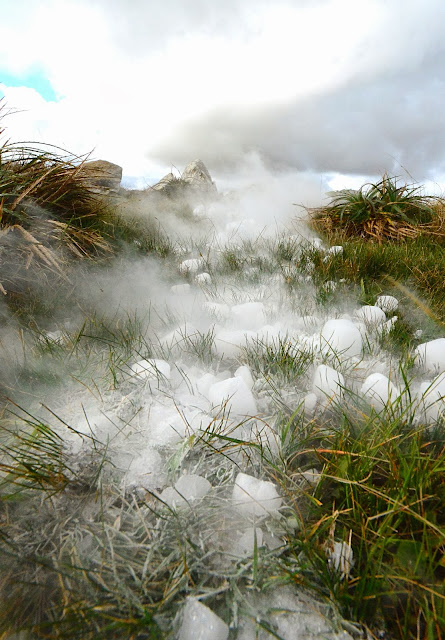 The emergency snow pack is still at -66 degrees. GPS says that I am at the right spot. I have miniskis on my feet. Everything is ready for the first descent of Uruguay's highest mountain. But first I need to bring on the winter. 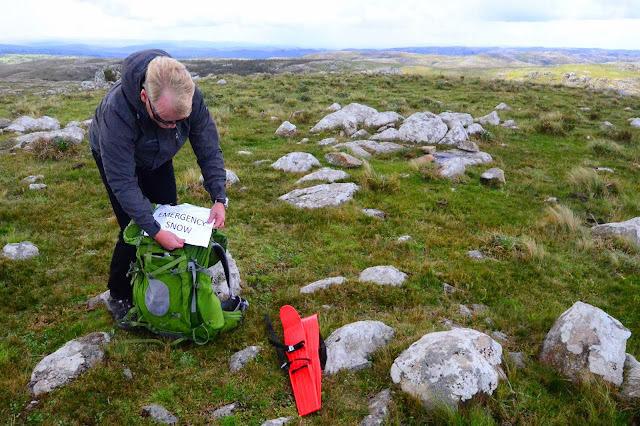 My trip to Uruguay is about to end, and I'm on my way to the airport. The next two nights will be spent in various airplanes heading home. But before the airport I turn my car towards Cerro Catedral, Uruguay's highest peak. This 513 meter mountain was only recognised as the highest peak in 1973, as it is a rather unremarkable hill among many similar ones. And it is indeed a hill rather than a mountain. The area is used as cow pasture, and the path from the nearest road is just 300 meters - horizontally.
But back to skiing. I have the tiny "mini skis" and new, foldable Black Diamond poles so I didn't need a ski bag on this trip - everything fits nicely into my suitcase next to the suits :-)
Anyway, the mountains in Uruguay are not just small - they are also free of snow. It snows here maybe once in 20 or 30 years. To counter this problem I had prepared an emergency snow pack, 10 kilos of dry ice. The readers of my blog know that I've experimented with dry ice earlier. But now I am using it for the first time on location. Dry ice fits the purpose better than regular ice, because it stays cold longer and there is no meltwater to wet my backpack. In addition, the smoky dry ice looks more fun in pictures. Dry ice is sold by Praxair in Uruguay, although the large ice blocks that they deliver had to be smashed into pieces by careful application of a heavy rock. 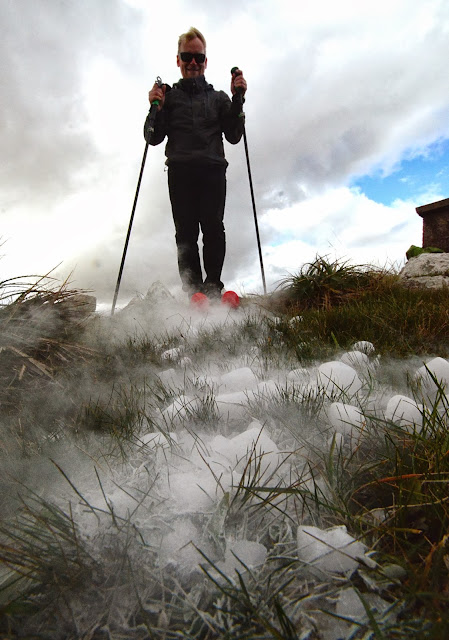 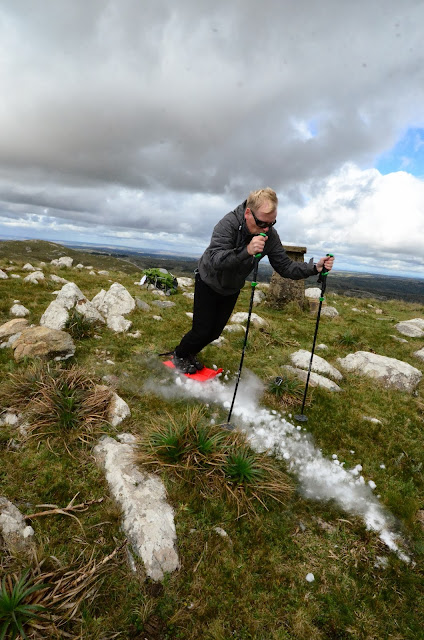 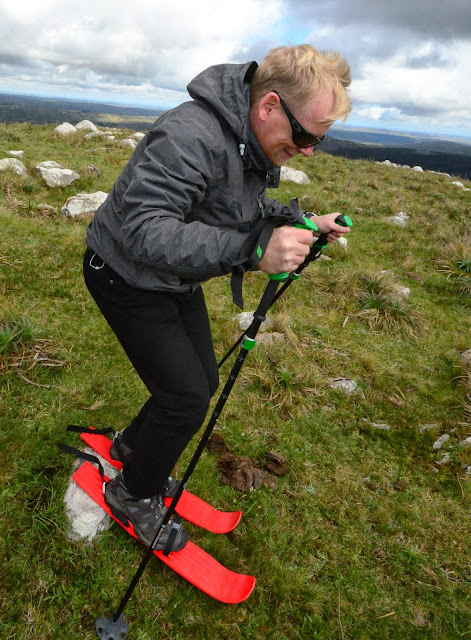 The emergency pack is in my backpack, and my GPS displays the pack's temperature using a remote sensor. The temperature held well at around -70 degrees for several hours. I'm actually a bit surprised that the wireless, battery-operated sensor kept on working at that temperature. 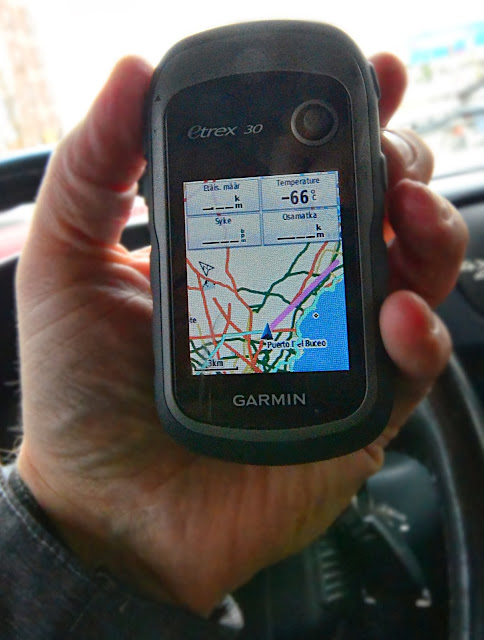 As I made it to the top, I spread the dry ice and skied down the newly formed four feet ski slope. Fortunately, piles of fresh cow droppings make for a smooth, well-lubricated continuation of this small slope. In any case, I have skied a bit from the top and it is time to head to the airport. Uruguay - been there done that :-) Country #40.
Might this ski run perhaps be the first ever descent of Cerro Catedral? Internet search does not find any earlier stories of someone skiing it. (Note that Cerro Catedral is a popular name; I myself have been to another Cerro Catedral, one of the most popular ski areas in Argentina.)
The hardest part of the climb was passing through a fence: 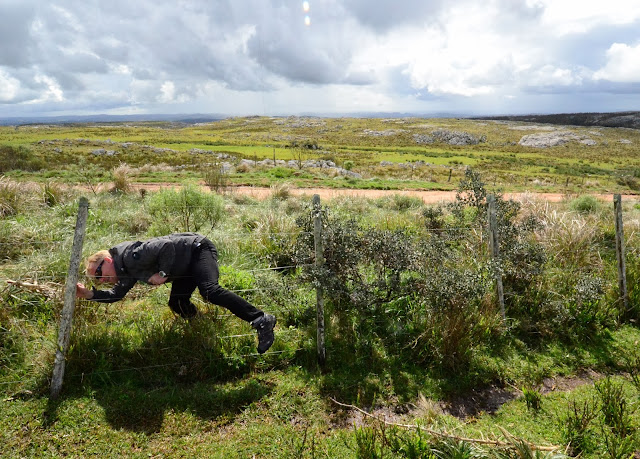 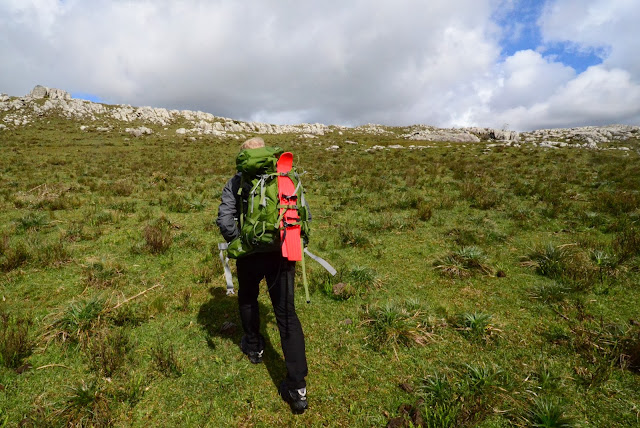 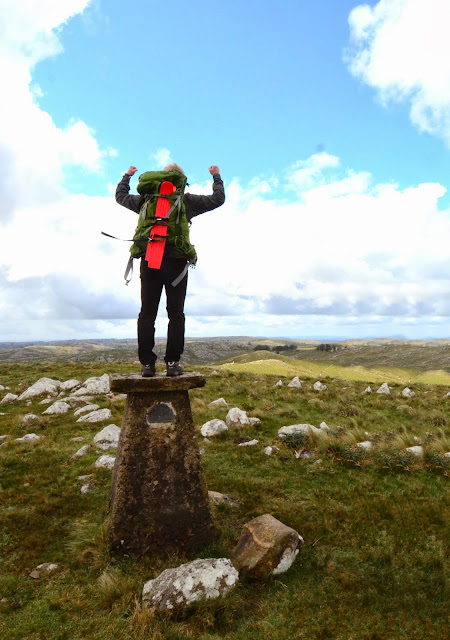 Afterski
The detour via the mountain took enough time that I had no time left for after ski. Or eating, for that matter. Oh well. I would soon board an aircraft and enjoy the cuisine onboard :-) 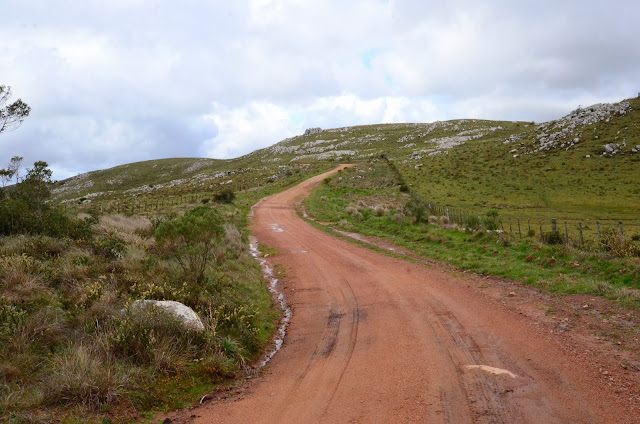 Other Fun in Uruguay
Uruguay in general is a nice country to visit. While there are no high mountains, it is beautiful and modern.

The capital city, Montevideo is on located on the coast, and the city's shoreline consists almost entirely of very nice beaches. The beaches are very popular in the summer. I did not wish to test the waters in cold spring weather. But I had an opportunity to escape work for a bike tour in evening sunshine. I rode on the beaches and on the waterfront bike/jogging path. Recommended! And once again, you often can rent a bike from a hotel. I did so too in this case, and it was even free. Great! 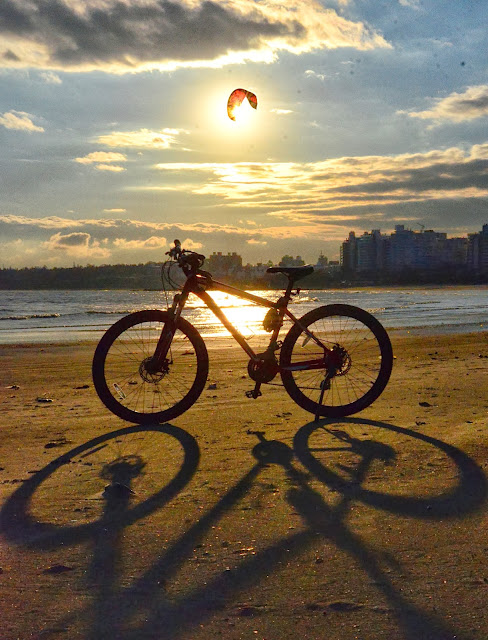 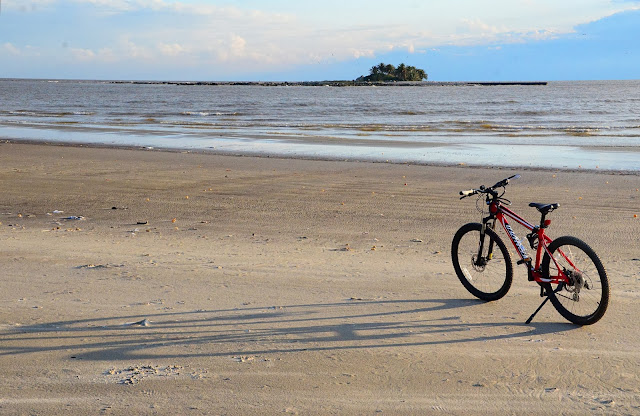 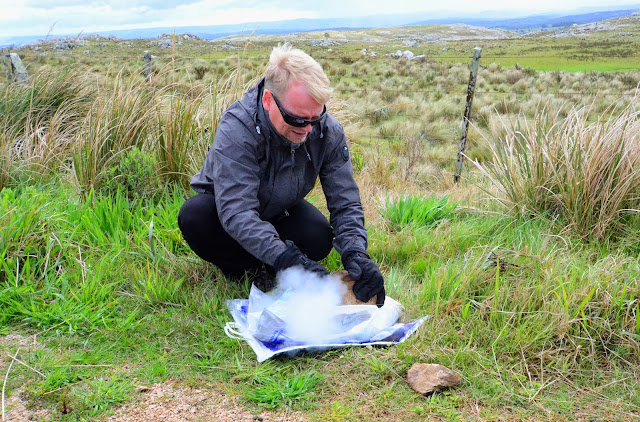 Disappointment when there is no snow at the top: 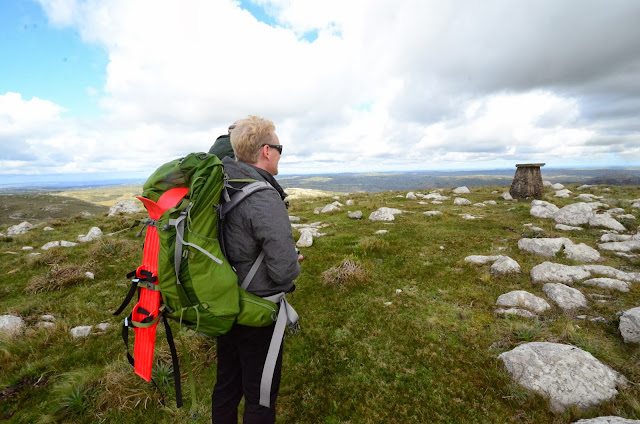 The sign on the road leading to the peak: 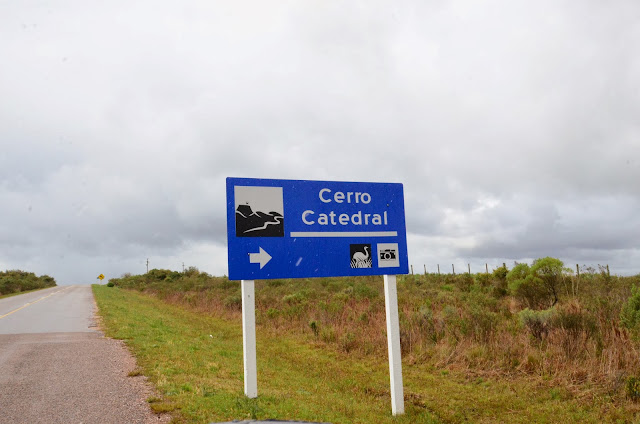 There is also a sign next to the peak, but it has been shot to pieces: 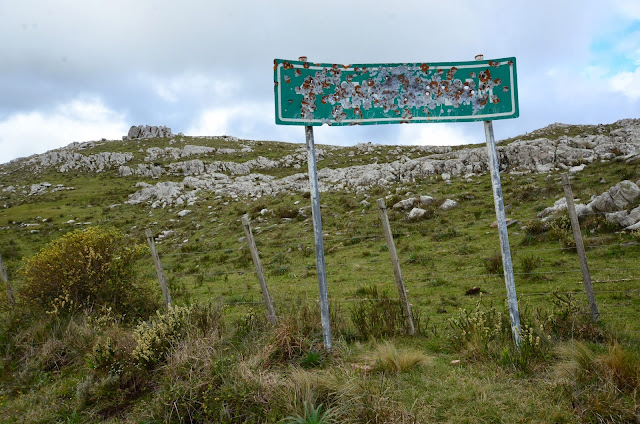 I would  like to thank my friends Raul for local assistance and Stephen and Russ for company and assistance with the photography.

Posted by jariarkko at 1:52 PM