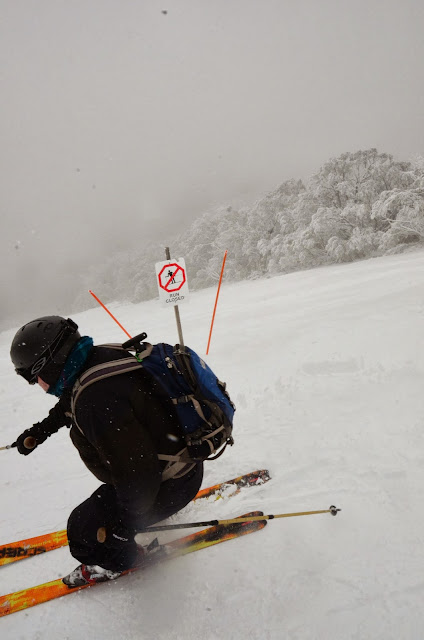 An hour and a half. Australia is a big country, and we were on our way from the big ski areas of New South Wales to the airport in Melbourne. We only had an hour and a half to explore skiing in Victoria. I'm glad we made the stop though.

Mt. Buller is a small ski hill at an exciting location in the plush forests of Victoria, on the top of the 1805 meter Mount Buller. The weather was foggy, but after a large snowfall this just made the mountain feel even more magical. Everything was covered by snow, and while previously closed ski runs where still all closed, it did not stop us from exploring them. 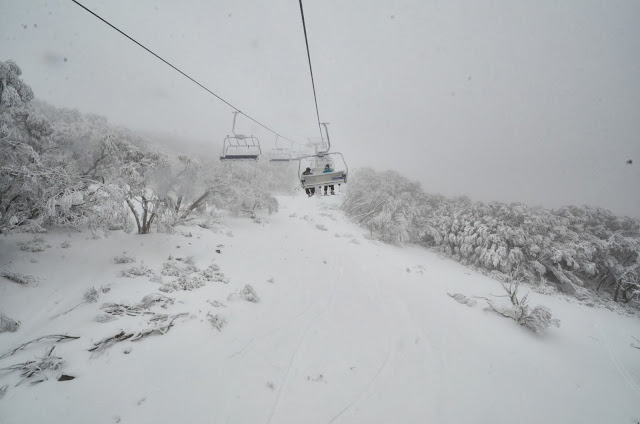 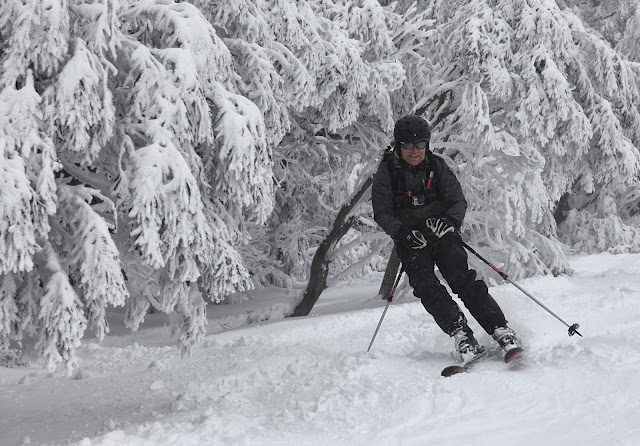 It turned out that our last run down the Dam Run (see the maps here) was exceptional. Now, untouched soft snow on a steep slope between beautiful trees. The run was also exceptional in the sense that we ended up at the bottom of the valley. The Northside Express was running between the parking lot and the main mountain, going through this valley. But there was no open lift stations in the valley. We figured we'd get out of the valley in the ten minutes that we had time for, to keep our schedule of getting to the airport in time. An hour later we emerged from the woods and got to our car. The drive was going to be tight now. 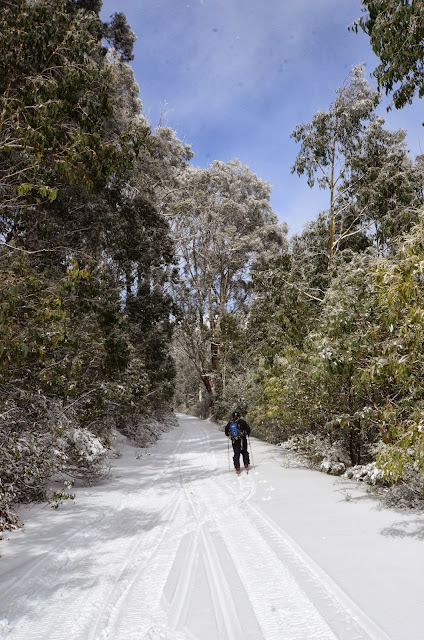 Mt. Buller has well equipped with restaurants, bars, spas, and accommodations. (Although the accommodations are pricey, which is why we stayed outside.) However, parking is a challenge. For most of the parking areas, you need to take a ski bus up to the ski lift stations.

There are wombats in the area, but unfortunately, we did not see any. 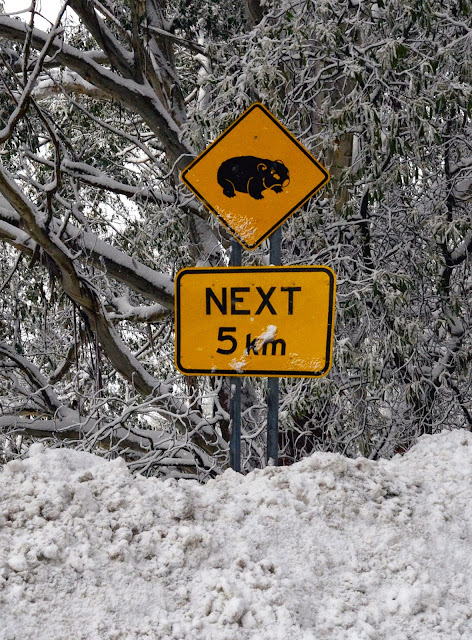 We stayed the night before our ski day at Mansfield, Victoria. This is a tiny town in the middle of nowhere, and due to our late arrival at 10pm there wasn't even food available. Here's my dinner, a glass of wine and chips: 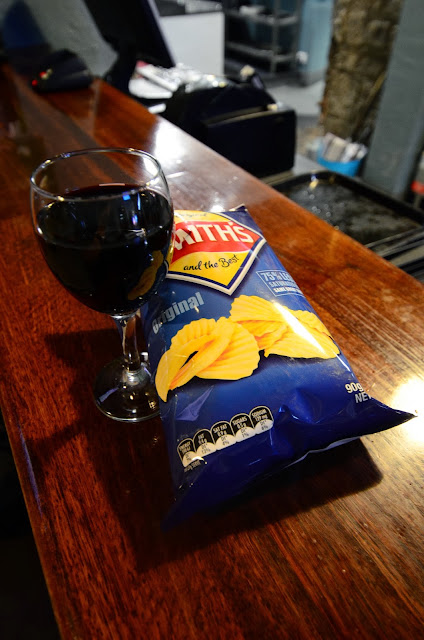 We had about an hour and half of skiing at Mt. Buller, and had to continue towards the airport to catch our flight to Tasmania. More on that later! 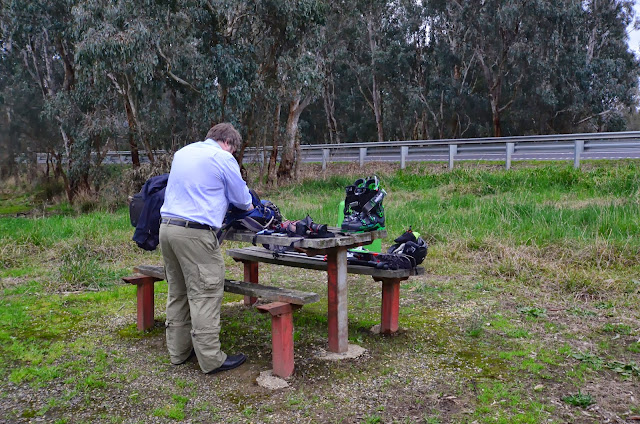 Here is one final picture from Mt. Buller, from the "Unnamed Corner", which was naturally signposted. 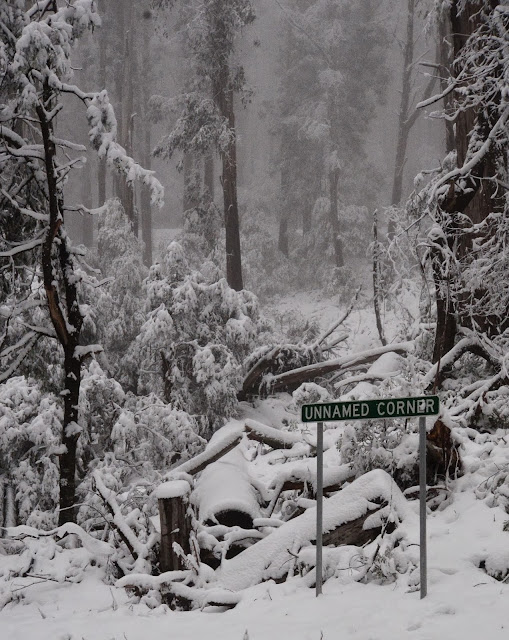 Photos and videos (c) 2013 by Jari Arkko and Tero Kivinen