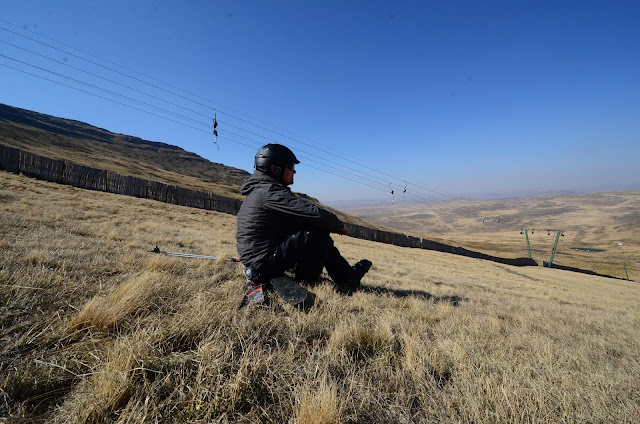 Grass. Sun. Lonely wilderness. 4x4 transport. You would expect to find those in Africa. And I did. But I also found mountains, a ski area, olympic athletes, and snow. And the highest bar in South Africa. I'm in Tiffindell, South Africa's only ski area that re-opened this year, after being closed for a couple of years.

And what a lovely place it is. The skiing is limited, as Africa is having a bad snow year. Seriously. On a normal year I would have been able to select any off-piste route from the ridge 300 meters above us, but now there is snow only on the last 50 vertical meters above the village. It was snowing when I left, so I'm hoping the rest of the year will be better! 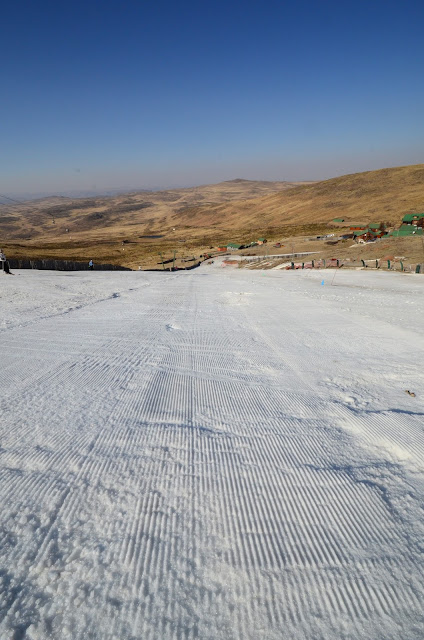 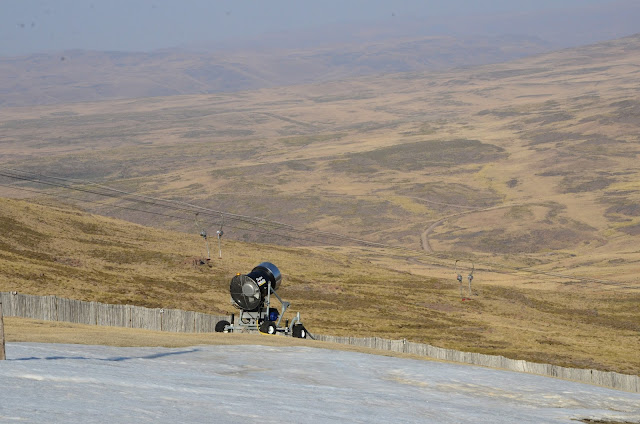 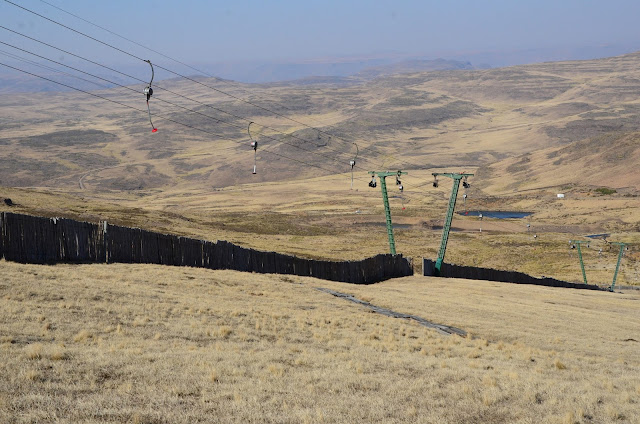 But despite current weather situation, there were two slopes and one beginner area open. The scenery was wild, very African-like. And the little, closely knit village of buildings at the bottom of the slopes was fun. The highest bar, high up in the slopes, was closed due to lack of snow, but the next highest bar in the village had taken over.

It was fun to see the Tiffindel crew in action. Unlike elsewhere in the world, the ski instructors seemed to be on a round-the-clock duty. In the day they guided guests, and in the evening they ran cabaret shows in the bar. The most popular game in the bar seemed to be Hammerschlagen. Hammers, large nails... what else do you need in a bar evening?

Seriously though, I can warmly recommend this place just for the village atmosphere! 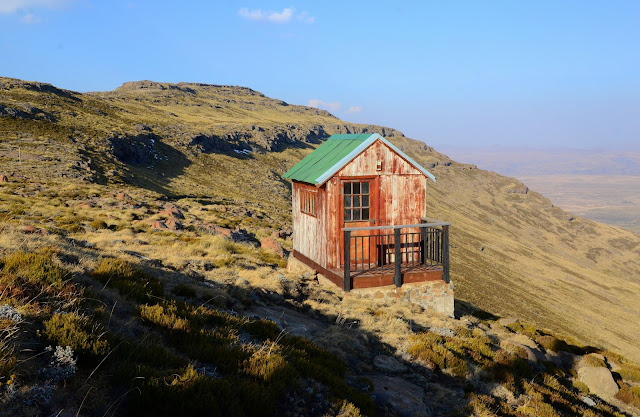 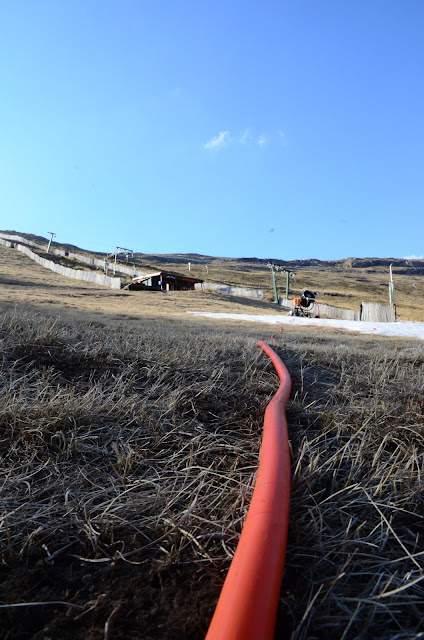 I also met many local skiers, including skiers from Cape Town's Ski Club of South Africa. And South African athletes who had competed in snow sports in the olympics.

After skiing half a day, I decided to hike to the top of the ridge. Unknown to me at the time, I had actually hiked all the way to the border towards Lesotho. But there were no passport controls in the mountains. I just wished that if there had been more snow, I could have explored the area on skis.

As an aside, the journey to Lesotho reminded me of my previous skiing visit to South Africa and Lesotho two years ago. The setup and even scenery was very similar in Lesotho's Afriski. In fact, if you as a foreigner come here to taste African skiing, I can recommend visiting both sites. I have written three articles about the earlier visit, on facing the AK-47s, skiing Sani Pass, and our after-ski experiences. 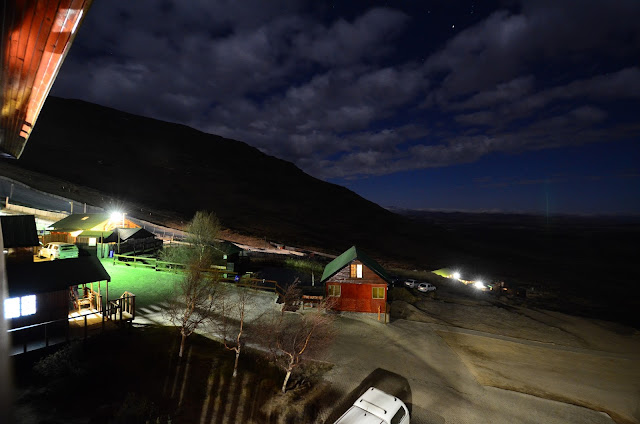 I have yet to ski in North Africa. I hear Morocco is good.

Coming to Tiffindel I chose to follow the instructions from the web site, driving through Barkly East and Rhodes, a trip that took 9 hours from Durban. The last 20 kilometers are very rough and usually require a 4WD vehicle. This time the road was in good condition, however, just very steep. 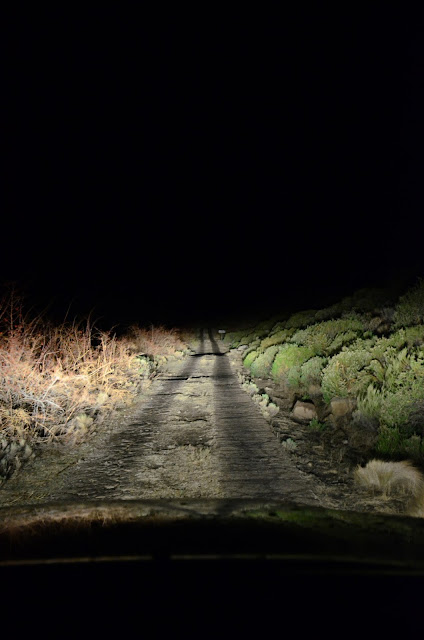 But on the return things got more difficult. First off, I had to wake up at 2am to make sure I'd have enough time to catch my flight out of Durban. Then I made a stupid decision. Later my friend Thomas asked me if I like risky adventures. I do, of course, but in a planned fashion. This time I just chose to do something which offered no exciting skiing but still put me in in difficult and perhaps even dangerous position.

I chose to believe my GPS. The road that I had used turned right. GPS said left. I chose left. And I had zero situational awareness of where I was or what the options meant. This is bad.

In this case left turned out to be a 100-km adventure through Naude's Pass, South Africa's highest road pass. A road that is only recommended for off-road capable vehicles. Preferably traveling on multiple vehicles for safety. And even then it is treacherous in the winter, as it may snow. And, it was snowing. I was alone. And it was 3am. And dark. And I run into nomads shepherding their cattle in the night, reminding me of my experiences two years ago in nearby Lesotho. 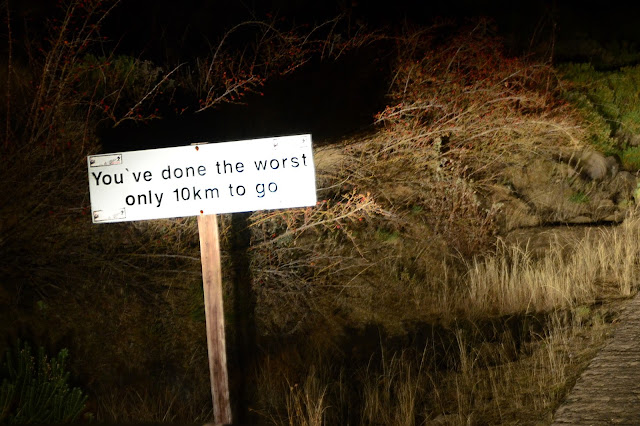 I made it back to the airport with minutes to spare before my flight, but it was a long and lonely ride.

Just on this one day trip to a ski area, I completed 3 out of the 8 passes in Wild Mountain Adventure's South Africa's Eight Passes Challenge. 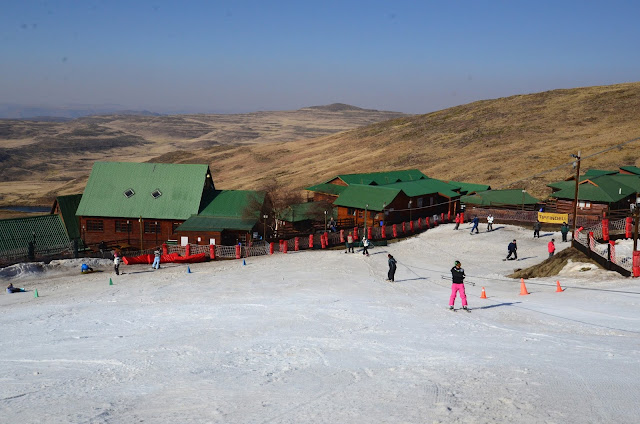 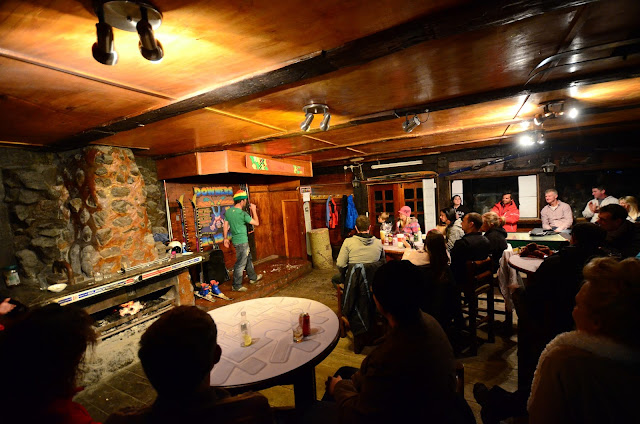 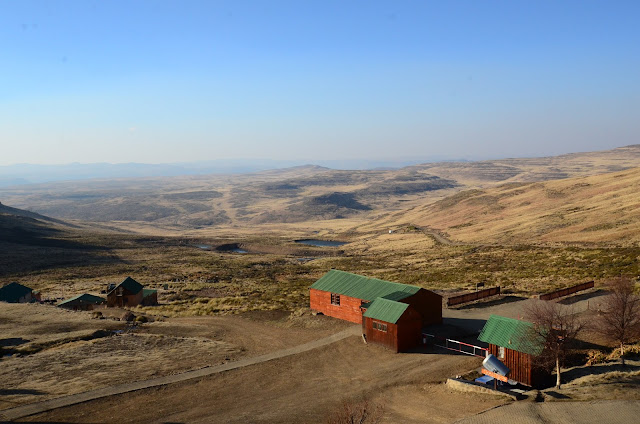 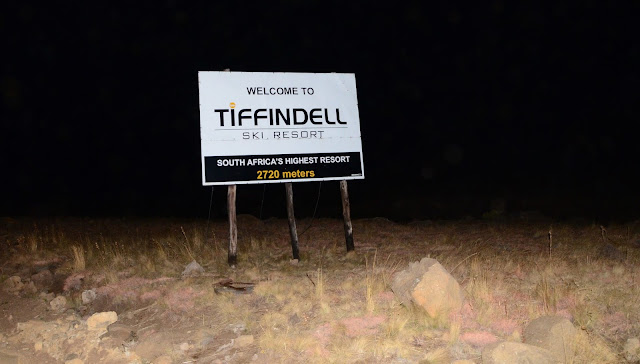 Buildings in the village: 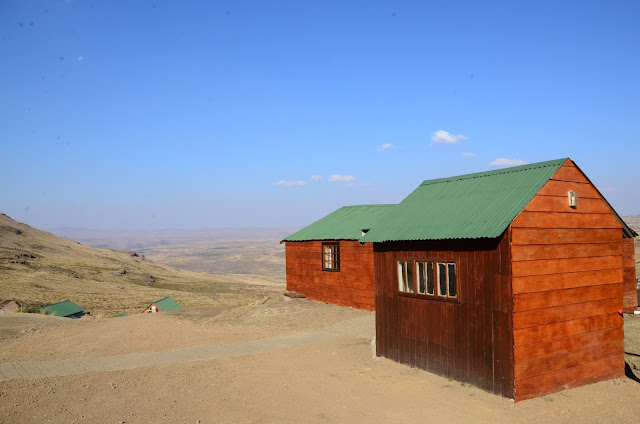 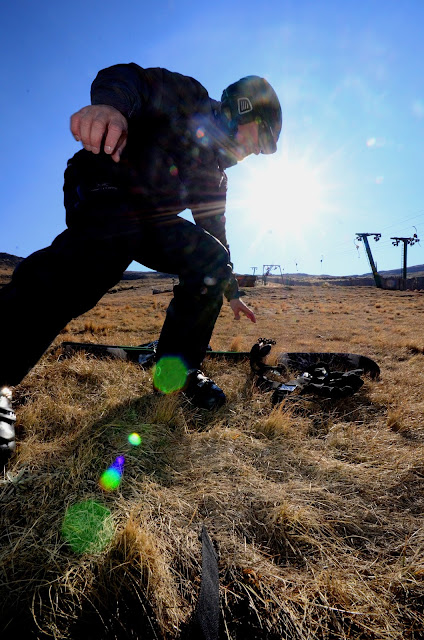 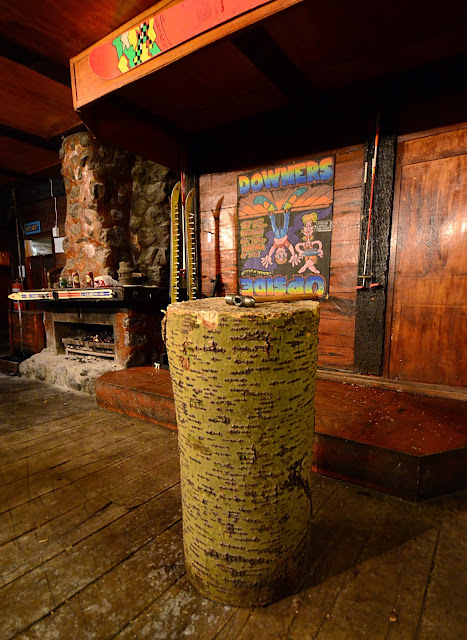 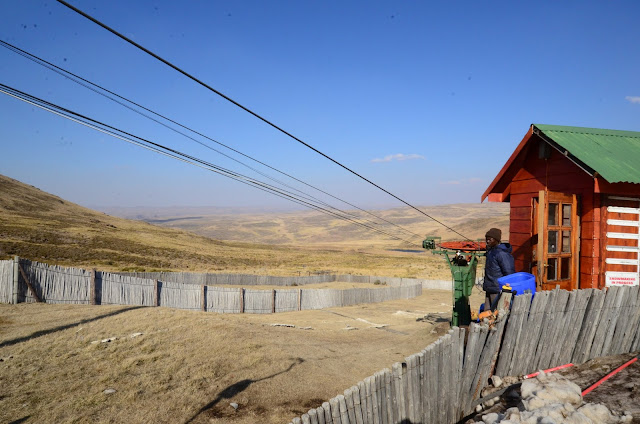 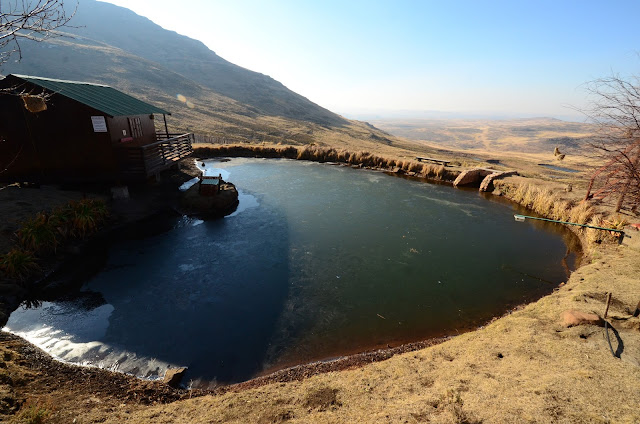 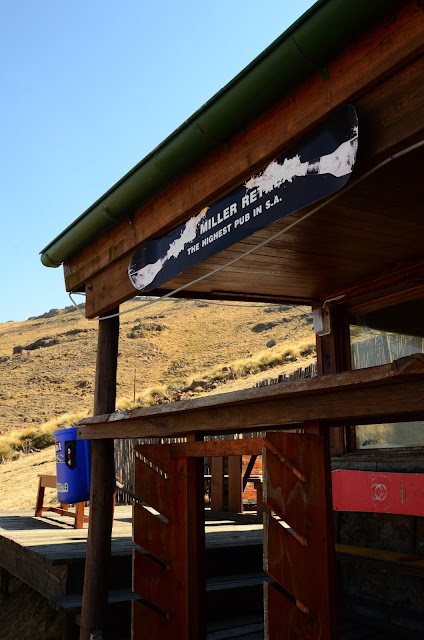 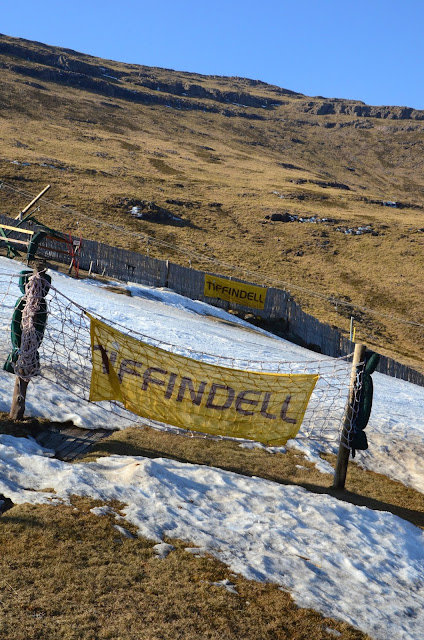 Moving the small amount of available snow around: 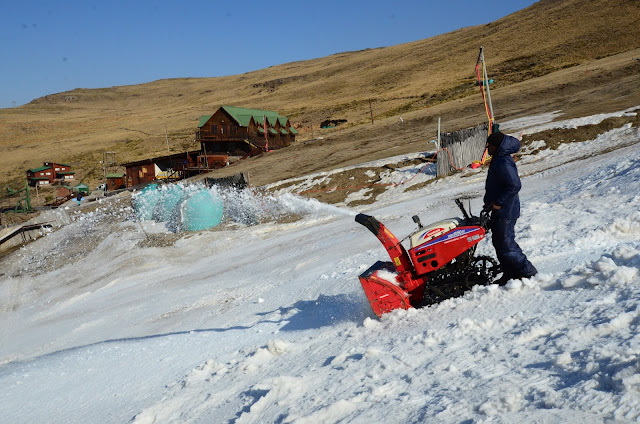 Posted by jariarkko at 9:20 AM