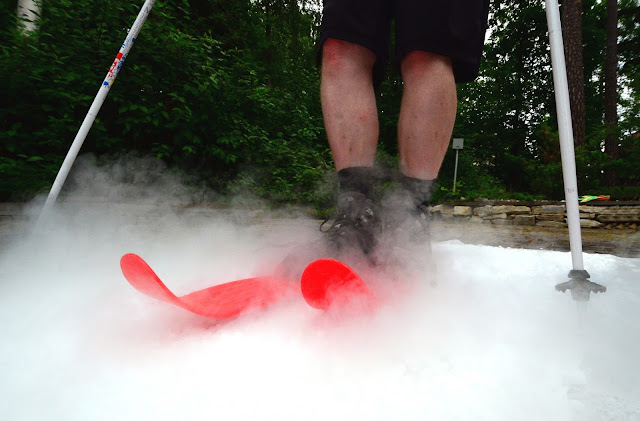 Midsummer. Tampere. Getting desperate with no snow around. I am at the ice hockey capital of Finland, but even the ice skating rinks have closed for the summer, and it seems impossible to find even that small pile of snow that the rinks produce as a side effect of maintaining their ice. 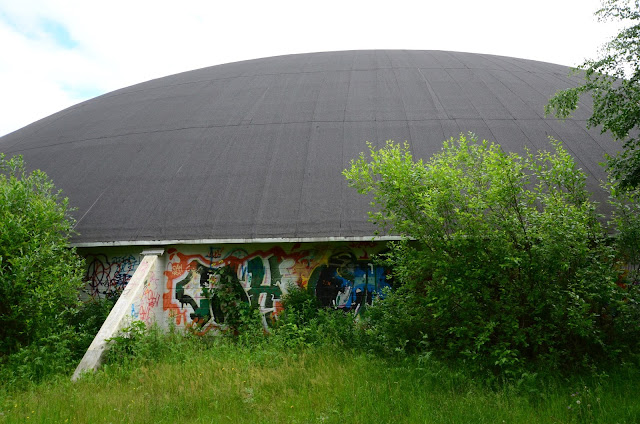 But no matter. I will instead turn to doing something I have wanted to do for a while: testing skiing on dry ice. There's a claim in the Internet that dry ice isn't slippery. I want to know if that is true. So in Mythbusters style I have built a small test slope. I plan to put some dry ice on it and see if it I can ski it.

I acquired 15 kilos of dry ice pellets from our local supplier. Dry ice is solid carbon dioxide, at the temperature of -79 Celsius. In other words, hellishly cold stuff. If you play with it, be very careful. It can cause burns, similar to hot objects. 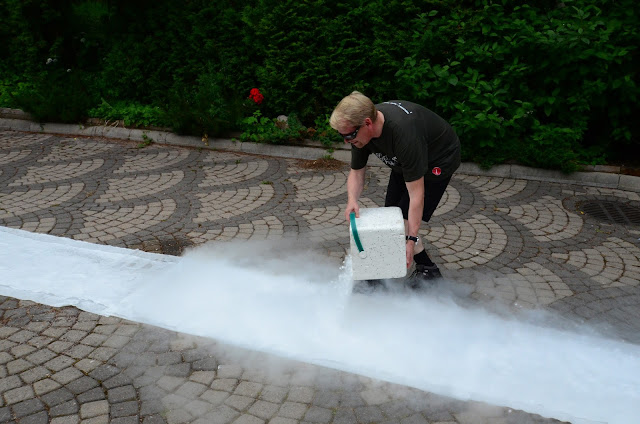 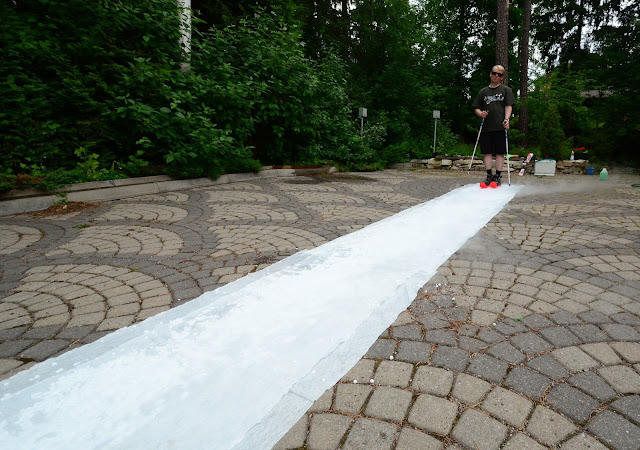 I now ready for the test. Indeed, people on the Internet were wrong! Dry ice does slide! Not as well as regular ice, but it definitely slides. Not that this is particularly surprising. You can ski on rocks, sand, and grass if the slope is steep enough, so why not on dry ice? But dry ice is slippery enough under plastic skis that even a very mild steepness works, as we had on our test slope. By adding water, dry ice becomes more slippery. 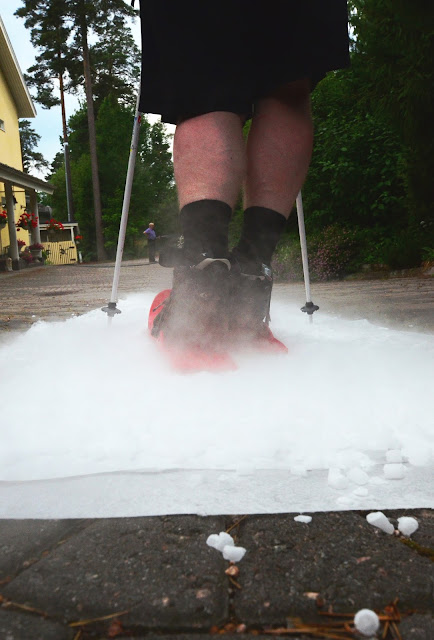 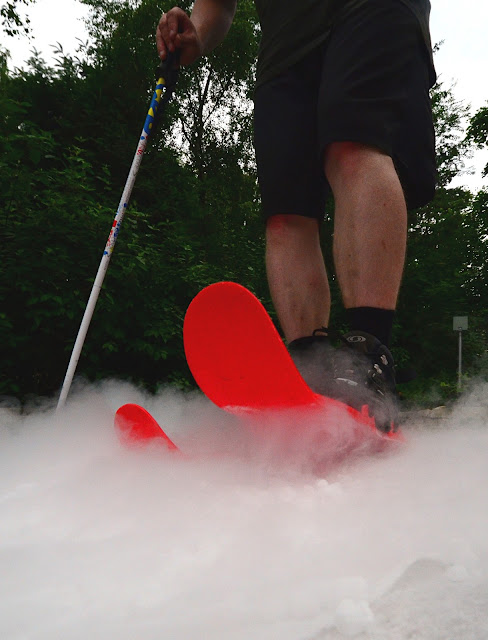 If you do happen to find snow in Tampere, you should know that the local hot dog stands may want to sell you some black sausage or "musta makkara". Avoid this at all costs. 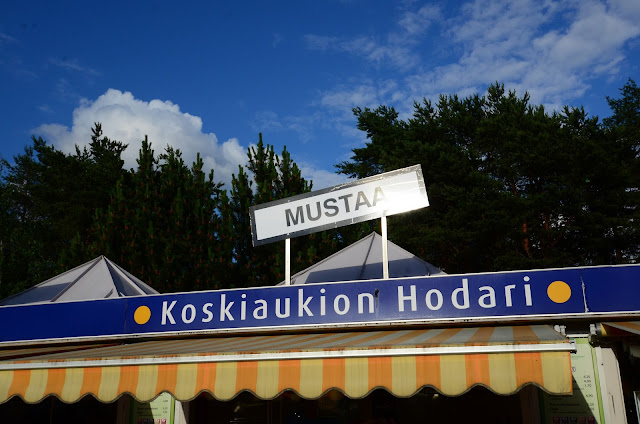 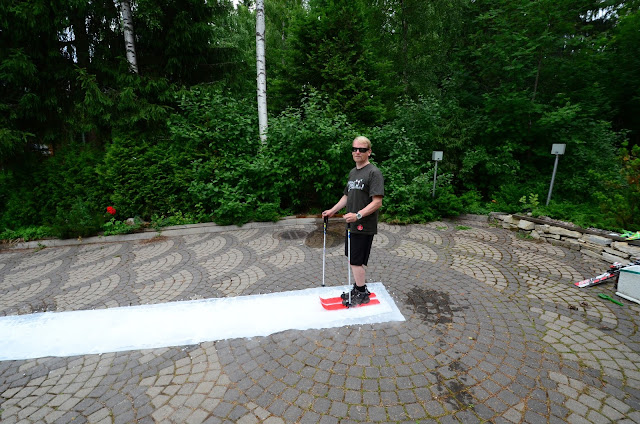 Posted by jariarkko at 7:27 PM