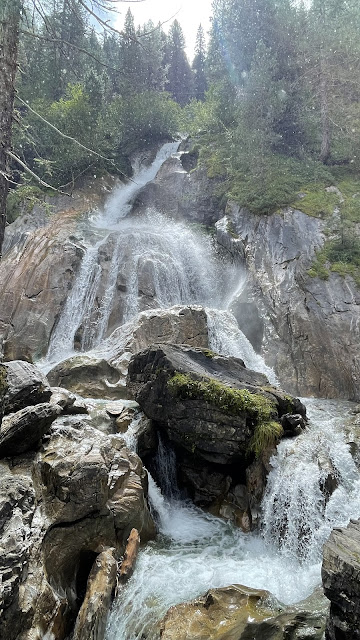 Schraubenfallhöhle is a cave, an underground river. It starts from one raging waterfall of the Tuxbach dropping into a wide hole in the ground, and emerges a bit later to start another waterfall. It is located by the end of the Hintertux valley, right by the lowest lift station taking people up to the Hintertux glacier.

You can read more about this cave (in German) from this research article, "Die Klamm des Tuxbaches bei Hintertux (Tirol) und das Alter der Schraubenfallhöhle", appeared in Die Höhle in 1967, issue 018. The article is by Hubert Trimmel.

Entering the cave is impossible, as it is maybe fifty meters down in a deep gorge. I'm not sure if the cave is otherwise visitable, perhaps during dry seasons and when not much meltwater is coming down from the mountains. The article referred to above seems to describe what's inside the cave, so people have been there.

Views from the top waterfall falling into the cave: 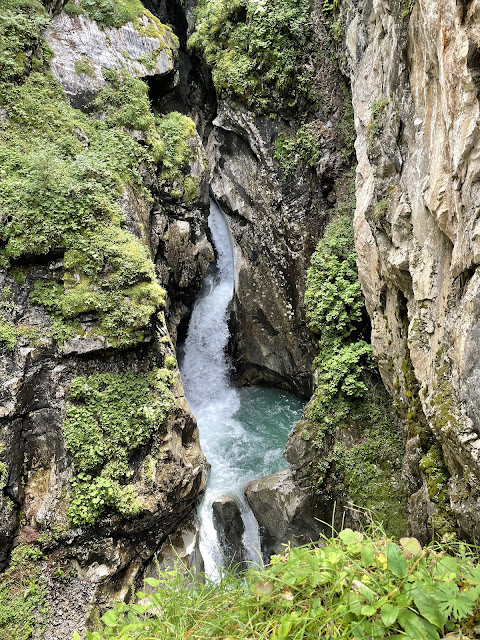 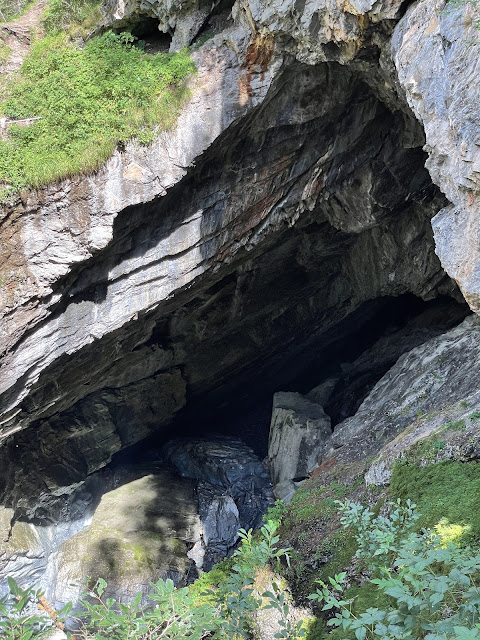 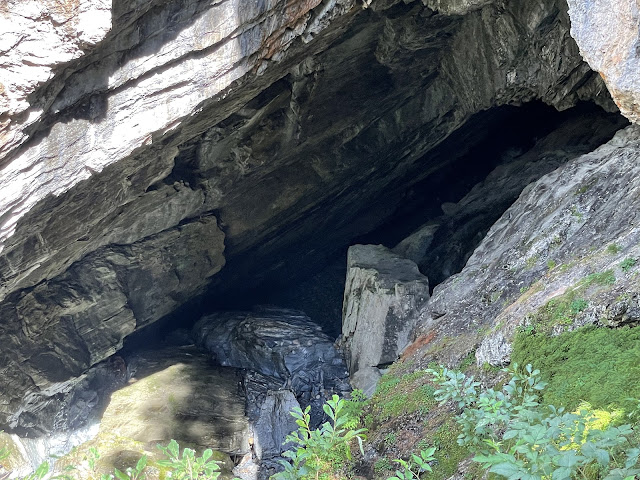 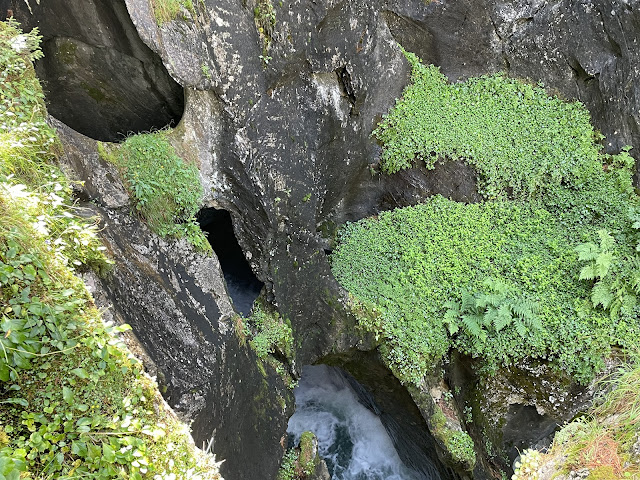 Marble at the bottom waterfall: 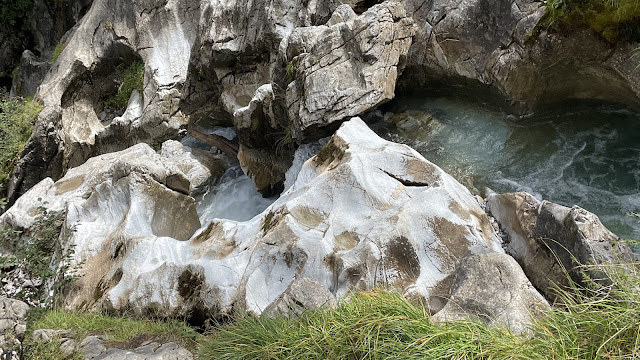 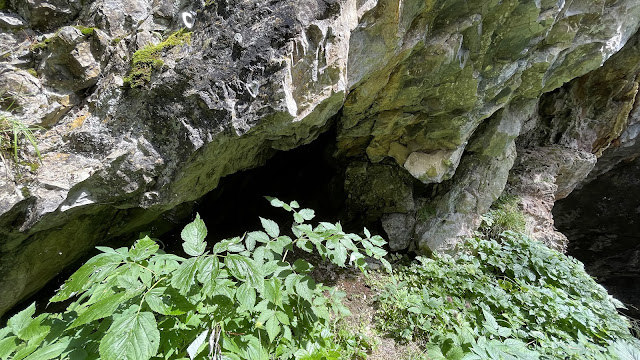 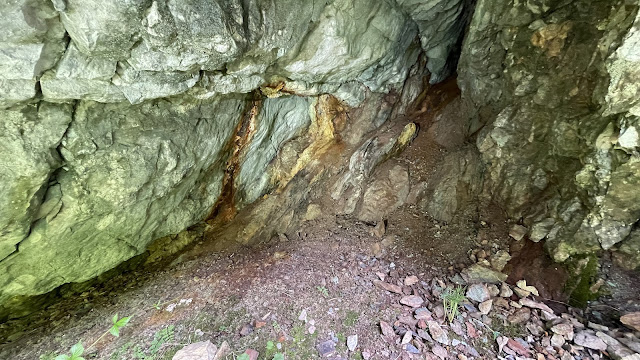 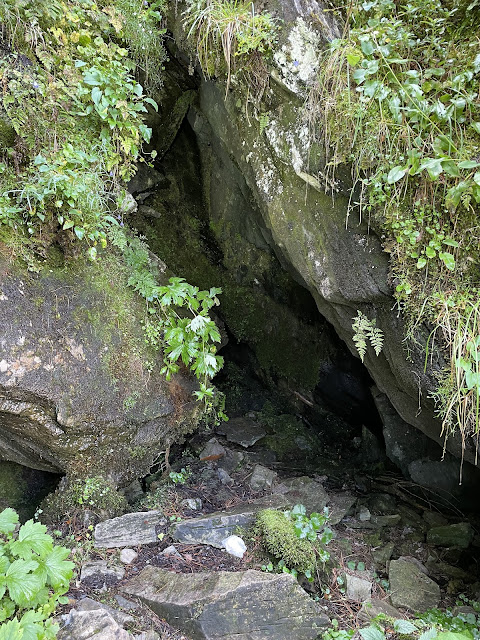 Read more urban exploration stories from theurbanexplorer.net, and other underground stories from planetcaver.net. Read the full Planetskier series at planetskier.net, or all blog articles from Blogspot or TGR. The Cave Outliner software is open source and available on GitHub. Photos, videos, models, maps, and text (c) 2022 by Jari Arkko. All rights reserved.