Looking for the Urtvuori cave 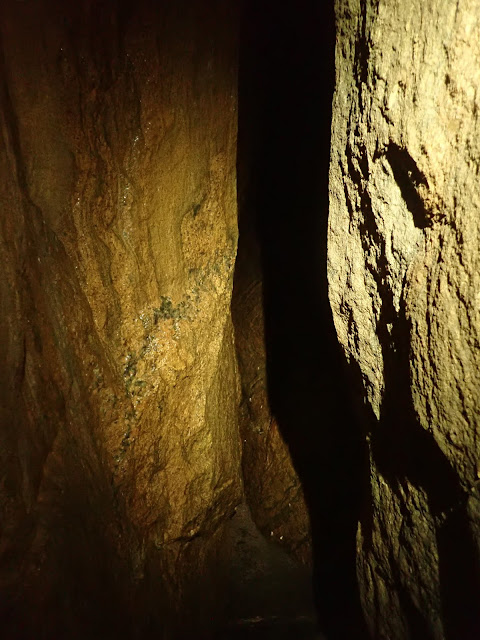 I spent at least an hour trying to find the cave, despite a tag on the Google Maps from someone, as well as coordinates from the book of Finnish caves. It turned out that the cave can be entered from the middle of the sloping rock face, in the cracks that have opened in it. But what a wonderful cave there was!

The cave has a real cave-like entrance, passing to the crack from the beginning and under a rock. The cave then makes a turn to a perpendicular crack, forming a four-meter high main hall. There's a small branch to the left at the end of the hall, but it quickly narrows too much. But the main hall crack makes a small sidestep and continues. I think it would be possible to slip through the sidestep, even if there's a large rock to climb over, a small drop, and a very tight passage through the sidestep. But then the crack widens to a whopping 45 centimetres, and continues for ... who knows how long, at least four meters according to the laser. Maybe more, if it turns.

Since I was alone, I chose not to attempt the sidestep. I didn't feel entirely sure that I would not be stuck or that I'd be able pass back from the other side. Better safe than sorry, but we should definitely re-visit this cave some day with more people!

There were also two side caves, one roof cave and a smaller crack cave at the bottom of the cliff, in maybe 30 degree sideways lean along the length of the crack,

I have also drawn a simple cave map of the main cave and the leaning crack cave.

The main cave, starting from the entrance: 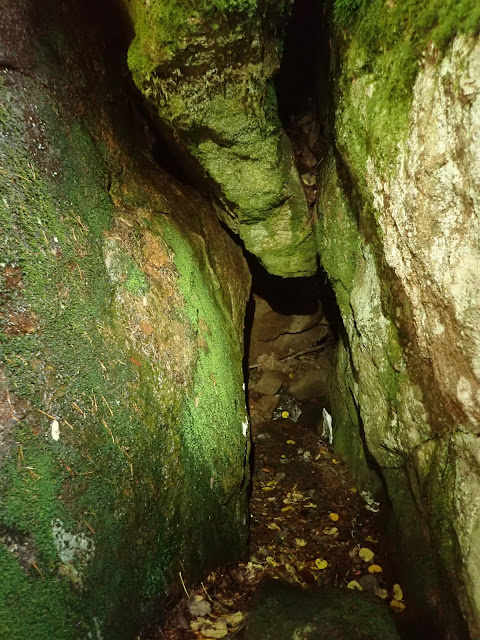 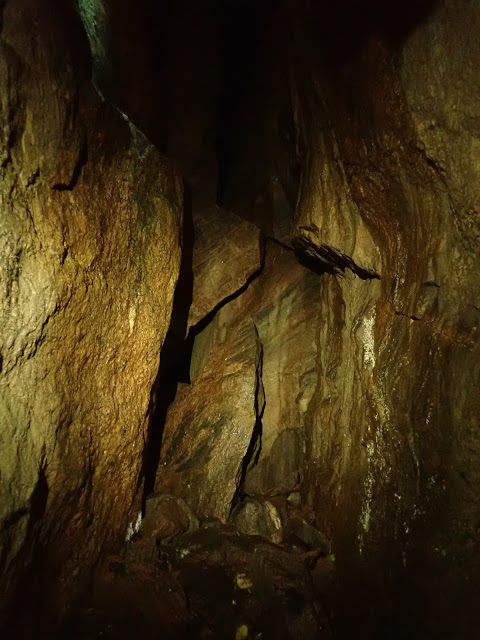 And what is this white stuff? 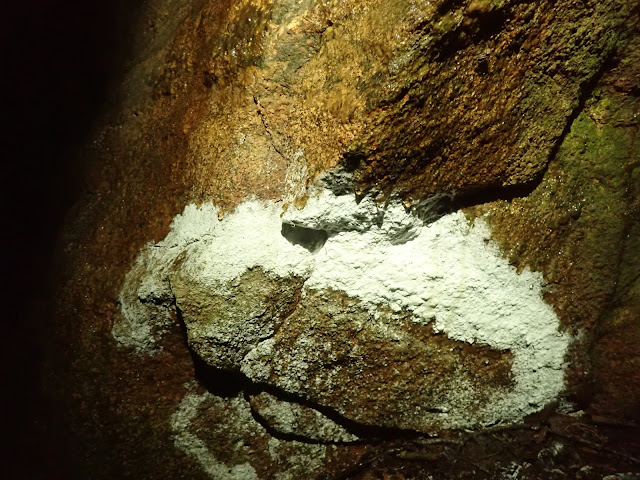 The unexplored, intriguing part (in addition to the opening shot above): 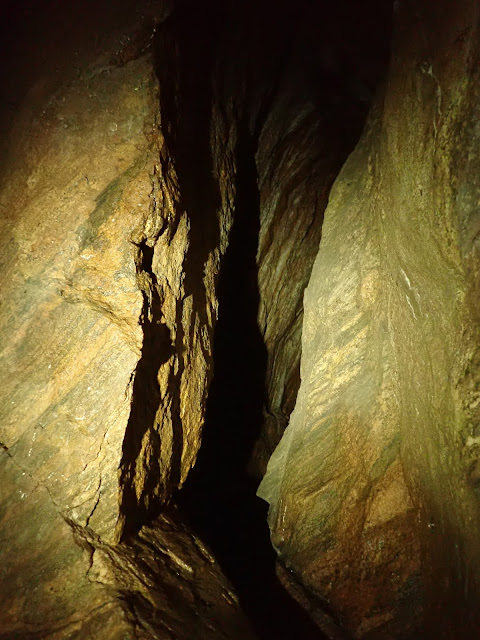 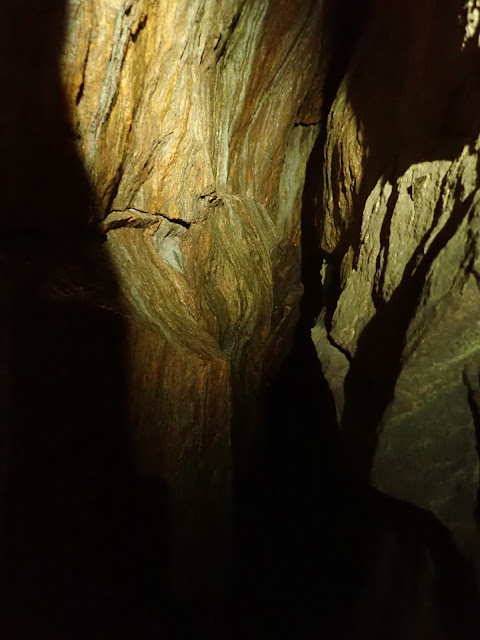 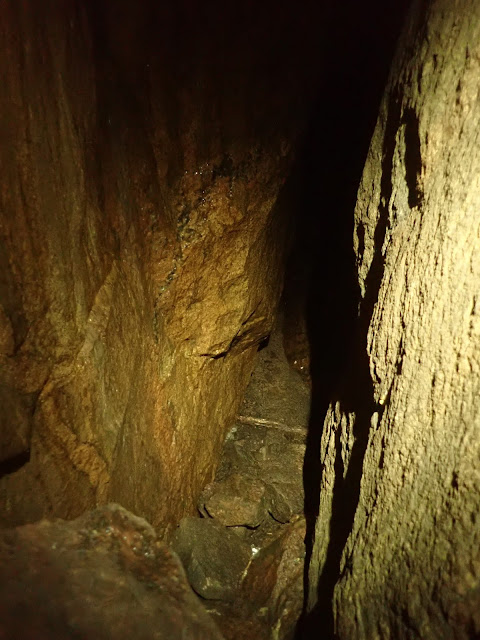 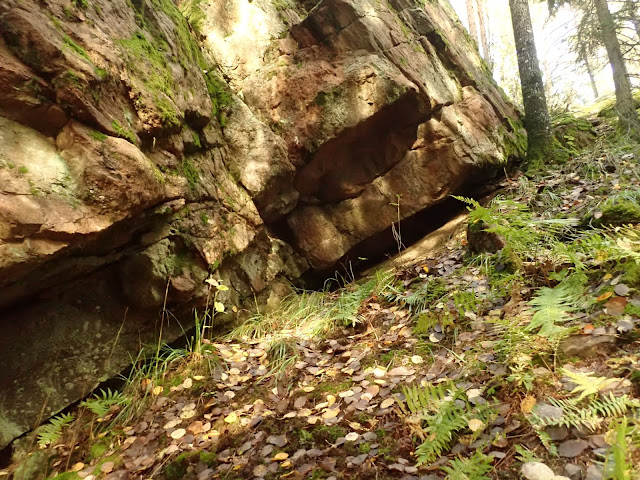 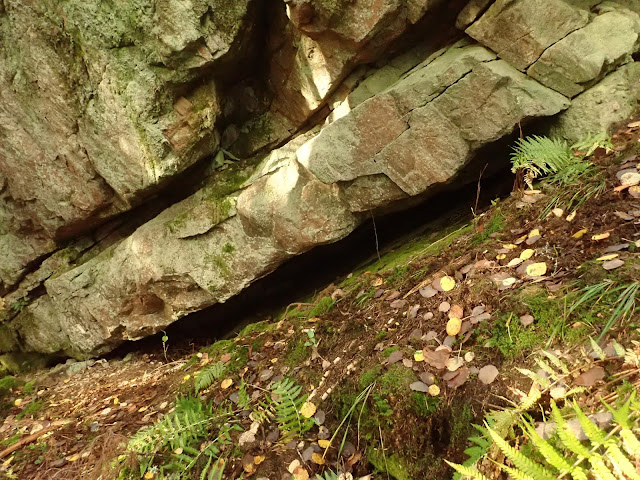 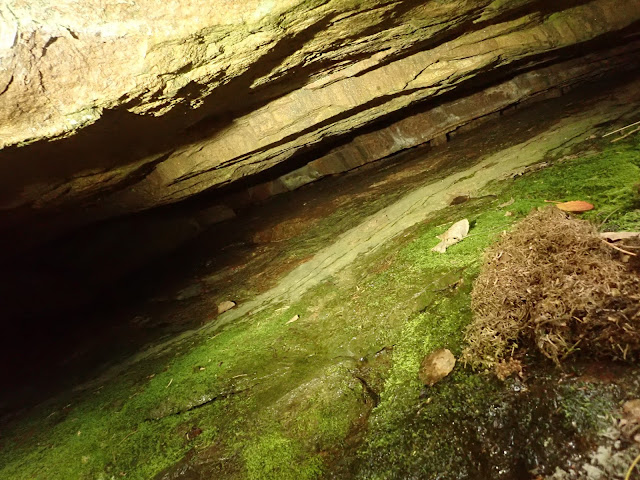 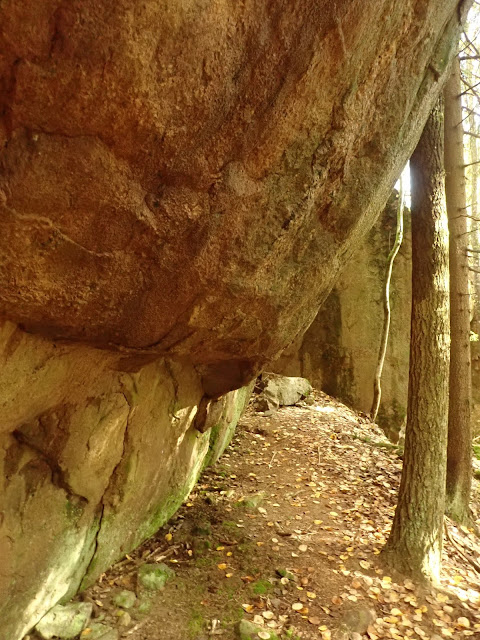 See more caving stories at Planetcaver.net, and all Planetskier and Planetcaver stories at Blogspot and TGR! See also my cave map that runs the Psgeo software that has now been open sourced! This article and photos are (c) 2020 by Jari Arkko. All rights reserved.

Posted by jariarkko at 1:12 AM