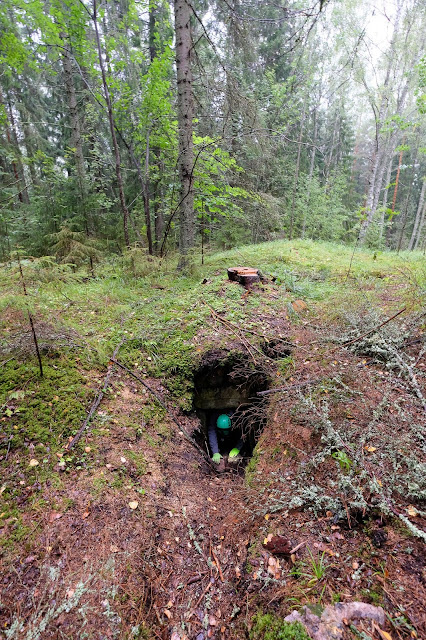 Having researched the locations of the Russian bunkers in Porkkala for years, I was surprised to learn the location of another bunker from Dutch tourists on their first day of visiting Finland. They pointed us to a small bunker few hundred meters from the large one we had visited earlier, based on their geocaching explorations.

And of course, Jarmo -- who is always well organized and has a database of locations -- knew about this as well, but he had not visited the other bunker either.

The bunker turned out to be of the small, most common format used by the Russians during the occupation. Like many others, the bunker was destroyed, perhaps partially blown up. But unlike most other bunkers, it was filled almost to the brim with rocks; one had to crawl to move inside. 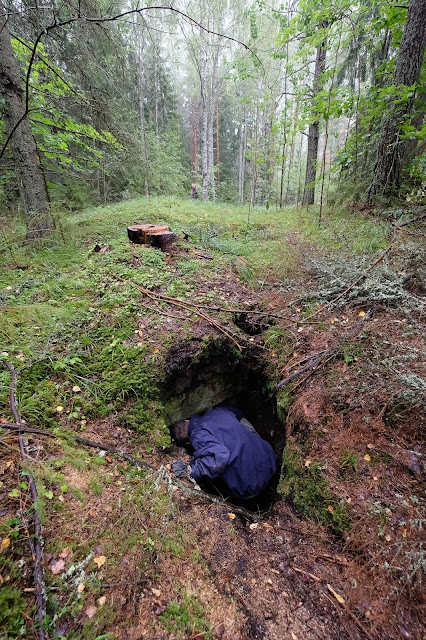 The team, Ralf, Per, Jarmo and myself: 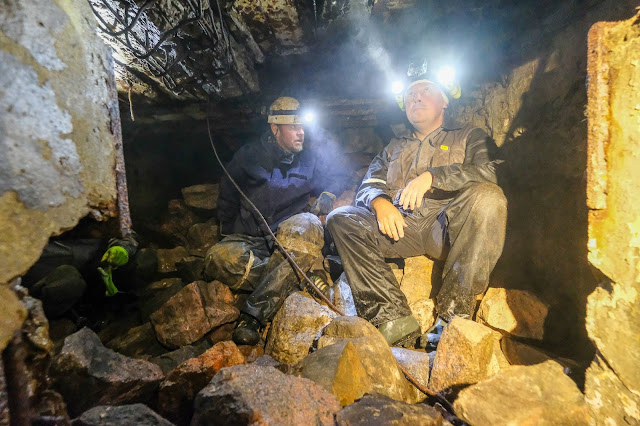 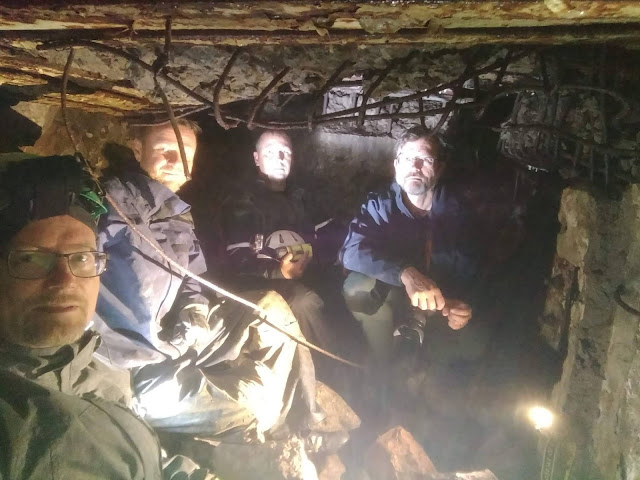 See all the caving and urban exploration stories at planetcaver.net and theurbanexplorer.net, or take a look all the stories at Blogspot and TGR! Photos and text (c) 2019 by Jarmo Ruuth and Jari Arkko. All rights reserved.
Posted by jariarkko at 2:54 PM