Will a bunker eventually turn into a cave? 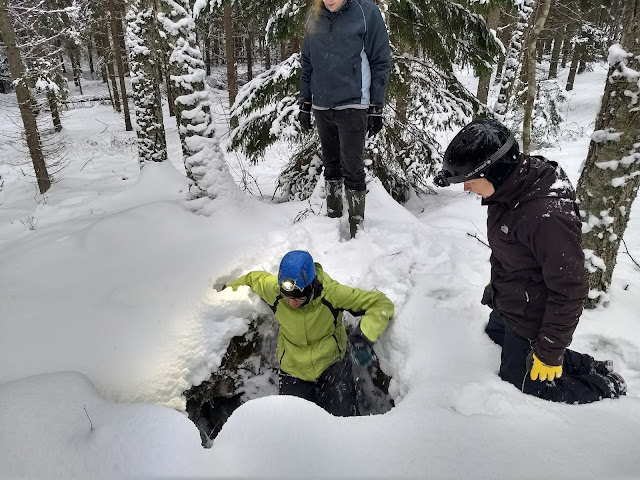 I wonder what happens to human-made underground structures, when enough time passes by? Will they turn into caves. or cave-like environments, eventually?

We had an opportunity to explore a Soviet-occupation era bunker in Solbacka, Kirkkonummi on Sunday.  This bunker was abandoned (and destroyed) 62 years ago.

In 2018, we found plenty of long, thin straw stalactites dropping from the roof. And a number of thick, beautiful stalagmites growing from the rocks upwards.

Interestingly, some of the stalagmites appeared as if they had been cut at some point in time. A visitor breaking things years or decades ago?

We stopped our exploration and exited the bunker, however, when we realised that there was also a bat hibernating in the tunnel deep inside the bunker.

I wonder what a large underground parking garage would look like after 100 or 500 years of neglect... probably very much like a cave.

On the trip we had Velma, Heli, Tor and myself. An idea for this Kirkkonummi exploration came from sitting at a Finnish Caving Association's bar evening on Thursday.

Kirkkonummi is near, and has many interesting exploration destinations, ranging from small to large (by Finnish standards) caves, and hundreds of bunkers and other structures left by the Soviet occupation of Porkkala after the 2nd world war.


Here are some cave forms: 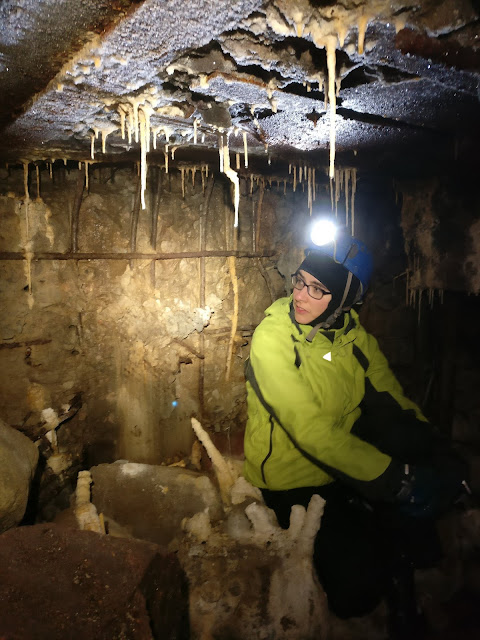 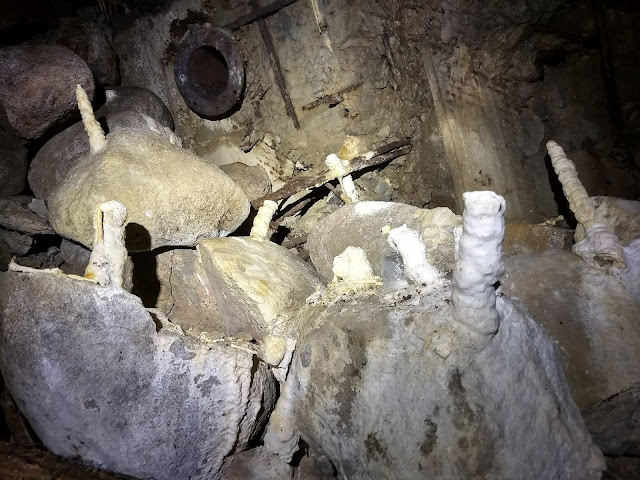 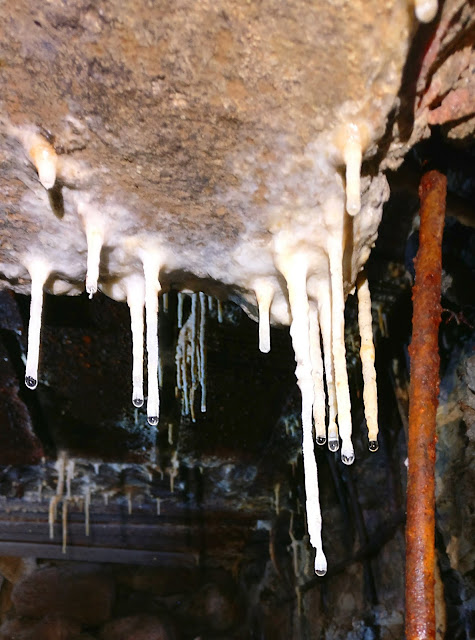 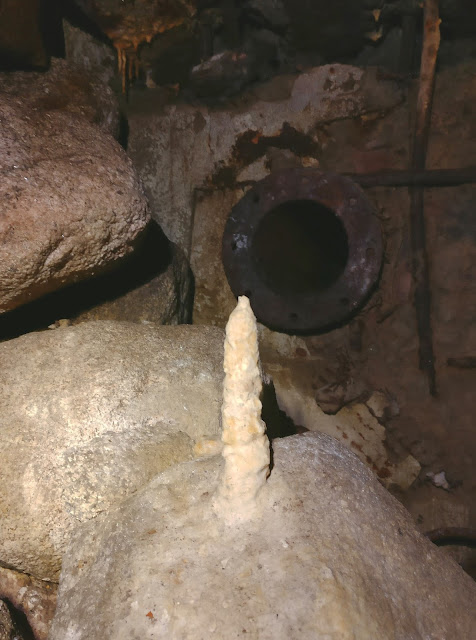 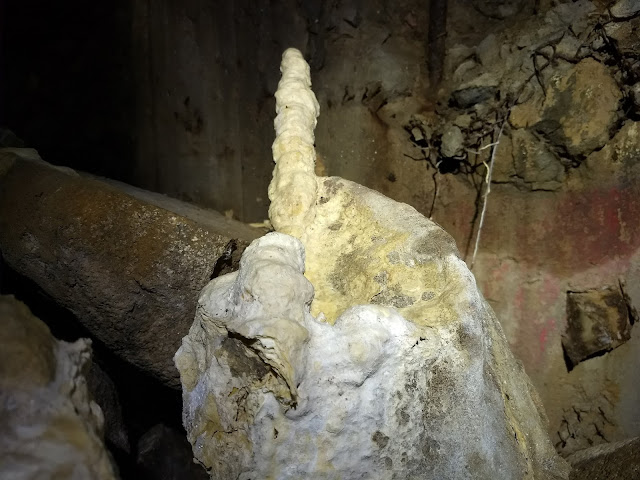 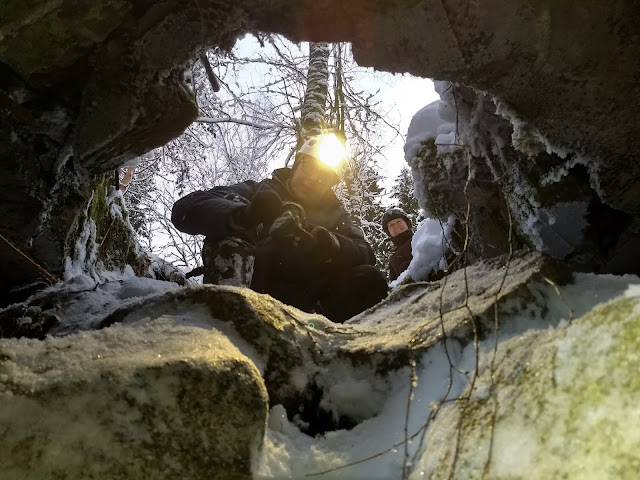 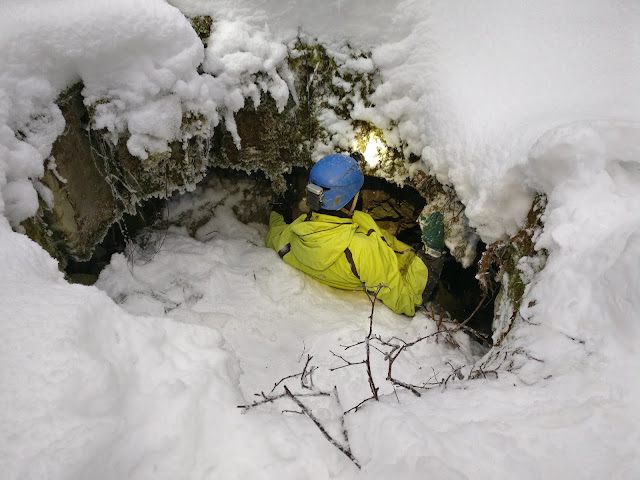 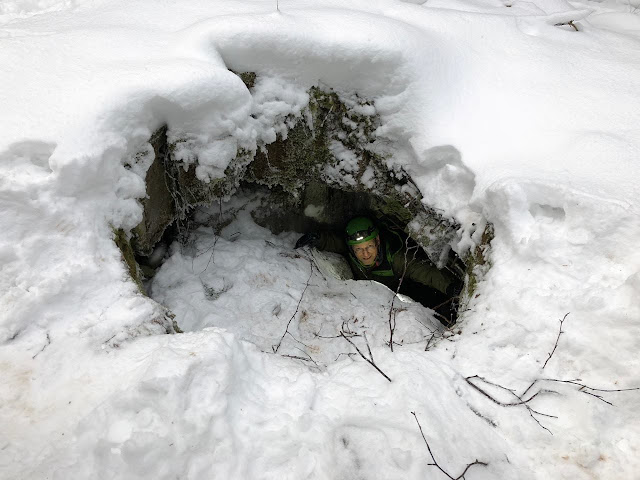 On our wintery march towards the site: 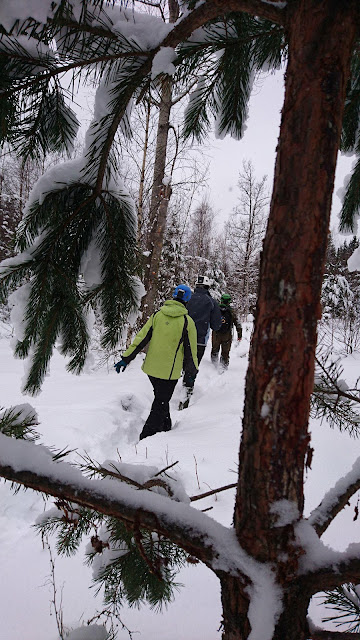