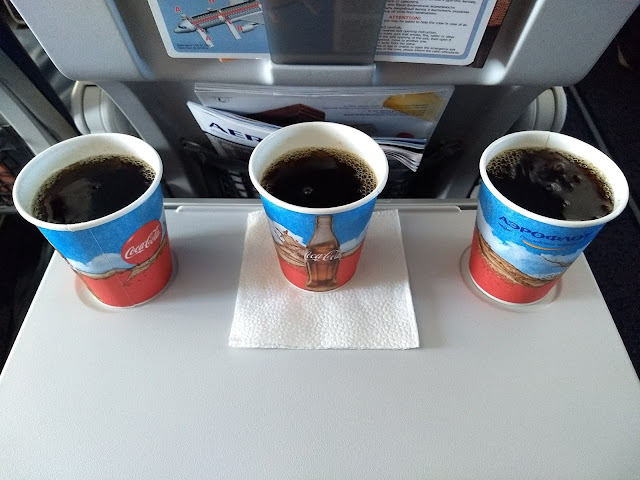 We got a chance to fly Aeroflot on our trip to Kazakhstan... I was hoping for a real historic Soviet experience, and Tupolevs. Or at least a Sukhoi Superjet. But no, sadly I was disappointed.

The experience generally followed western standards, i.e. miserable. Just kidding :-) We did have some issues like a 14 hour delay and lost ski bags on the way back, but perhaps those were understandable, given the record snowfall in Moscow on that day. But, we flew A320s and A321s, luggage *and* ski bags travelled for free in tourist class. Food was served. Or airline meals at least.

And most importantly, they served not one cup of Coke Zero but *three*. Without asking. Nice!

In the end, we got transferred to a Finnair flight, which made it home. It was our third suggested return flight, this time we made it, it was not cancelled, and it was only 3 hours late in Helsinki. By the time we landed at 2pm, there was almost no one at the airport, and our flight was the only one listed in the luggage hall monitors. Not seen that before. 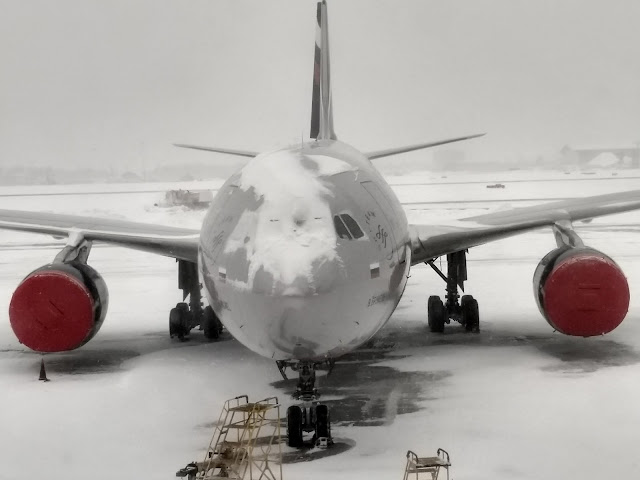 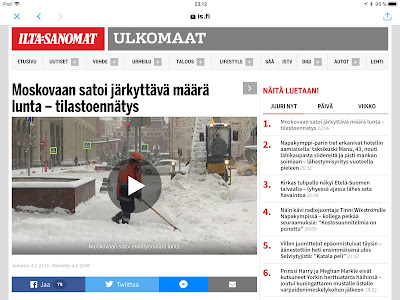 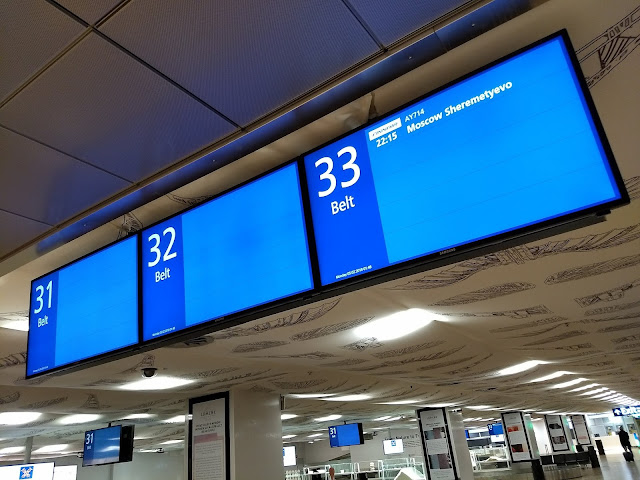 Finally, a boarding pass to Helsinki: 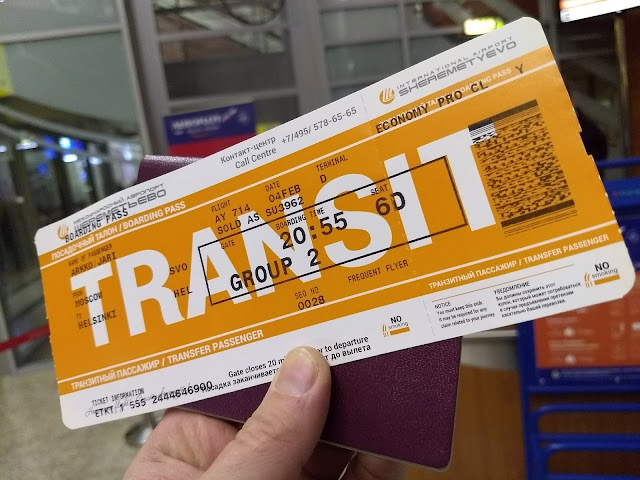 Photos (c) 2018 by Jari Arkko. The screenshot is from Iltalehti's web page, their rights. All rights reserved.