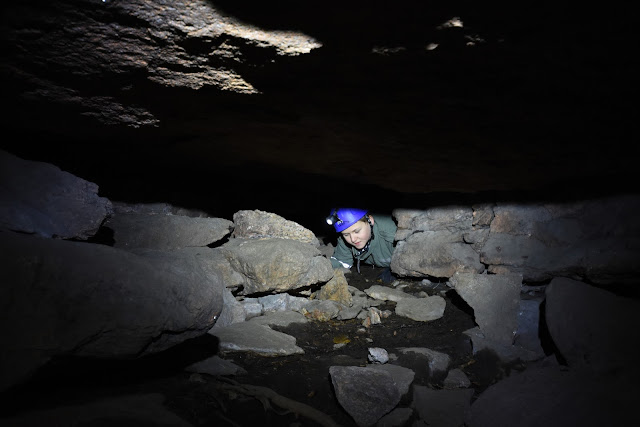 Salo, southern Finland. More than an hour away by car, and we've been in the forest for an hour now. The cave is nowhere to be found. I have coordinates, but in the wrong coordinate system and Google isn't co-operating to interpret them in the right way.

Finally, however, Janne sees the cave as we walk in circles in the hills in the forest.

Rosvoluola [1,2], or the smuggler's cave, turns out to be interesting. Once again we find ourselves in a cave that is large by Finnish standards. The actual cave is said to be 25 meters, all side channels included, but there is a long route under boulders leading to it, perhaps another 20 meters, and there are crack systems running horizontal and vertical and on many levels.

The cave can be easily reached by driving a forest road here, and the coordinates of the cave itself can be found here. 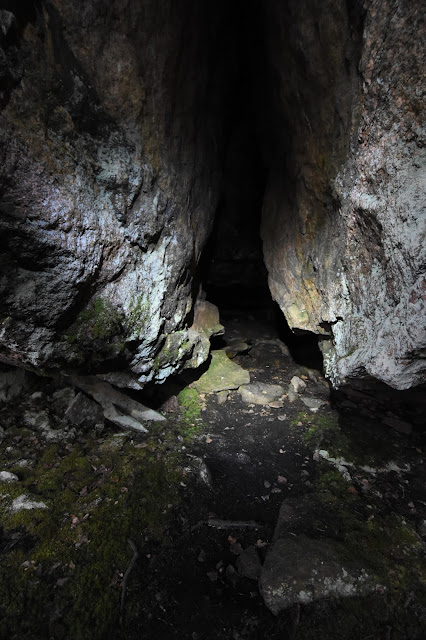 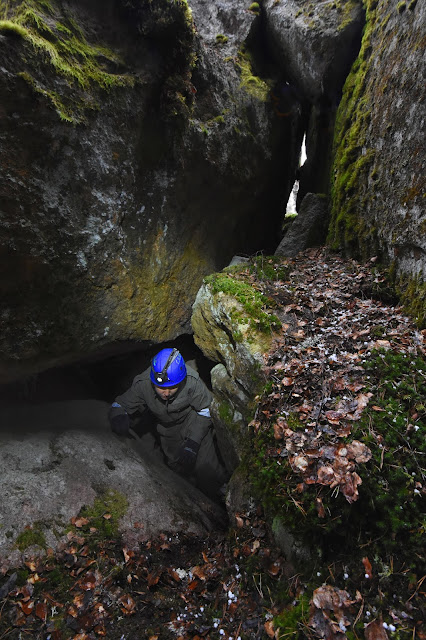 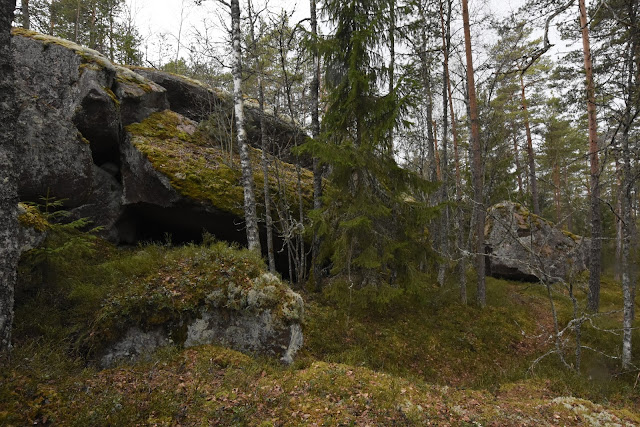 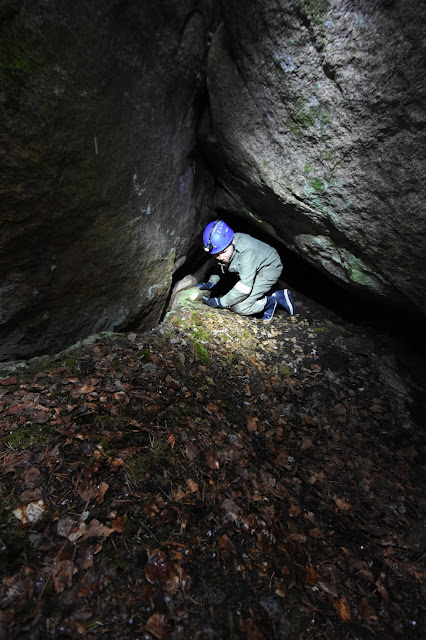 Posted by jariarkko at 1:39 AM