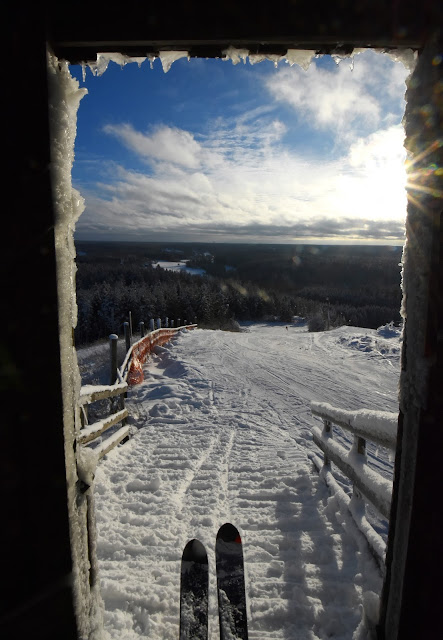 Sun shines on Påminne, the southernmost ski area in Finland. The hill was in bright sunshine under a blue sky, even if the parking lot, the beginning of the lifts, and the rest of Finland was under cloudy skies.
Påminne is about 80 kilometres from Helsinki. Not next door, and I would not even have heard of this place if I hadn't driven past in the summer while visiting the nearby Bilnäsin and Fiskarsin historical industry villages. Those are very interesting tourist destinations, by the way. Very nice rapids and old buildings, although only Fiskars has a museums and restaurants.
In the summer, Påminne has a downhill car run and and in indoor sports arena. Even if the ski area is far away from Helsinki and far in the south, it was a big positive surprise for me. I was expecting something along the lines of my small home hill, but I found 85 meters of vertical difference and 6-7 different ski runs! Påminne should be kept in mind when considering a workday evening outing, instead of the Talma, Nuuksio or Vihti that people normally go to.
The skiing was interesting. The ski run next to the main lifts has a big jumps. The next couple of runs on both sides are relatively steep runs over varying paths down the hill. The newest ski run starts from the right, going almost backwards first. It continues from the right and turns towards the cafeteria in the end.
There are cliffs, rocks, and forest between the ski runs, leaving some space for freeskiing. I particularly liked the area to the right of the jump run, and the area to the left of the newest run. Both have some cliffs, so be careful in finding the right route. But there are some skiable steep parts, and no one else seemed to be skiing them so I found some fresh snow. Well, I got some hits on my skis from the rocky surface underneath. But the winter is progressing and there's more snow in the coming months, I hope!
There was also forest around the ski hill. On the left side there was an open, steep face before the forest begins, but I didn't dare to ski through, as the steep face would have required more snow. On the right side there is a thick forest, but it is not steep at all. I managed to ski down, however, without pushing myself too much. Although I once again fell down in the forest once, having both my skis get stuck under tree trunks.
Overall, Påminne should be kept in mind, as it is a worth small hill to ski in southern Finland! 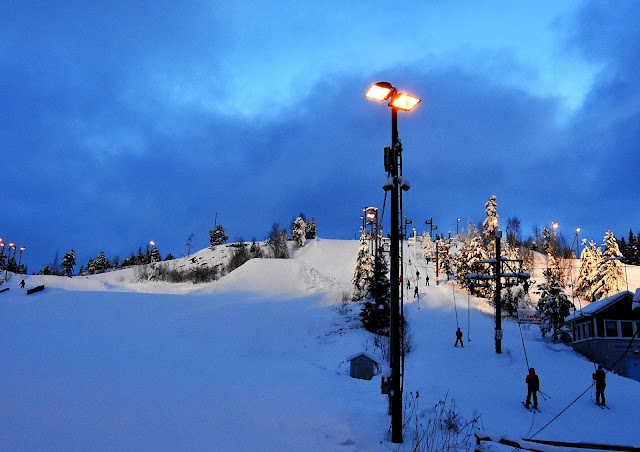 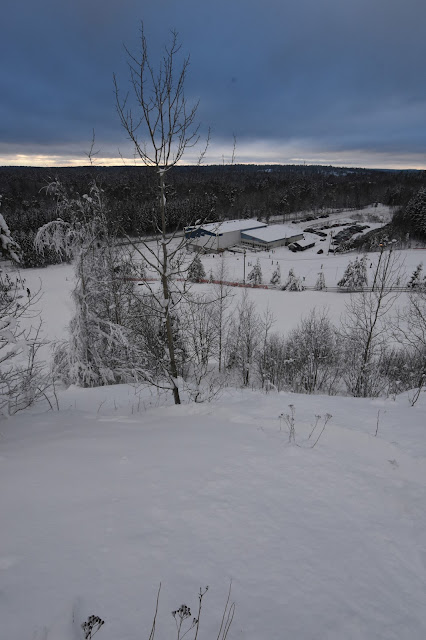 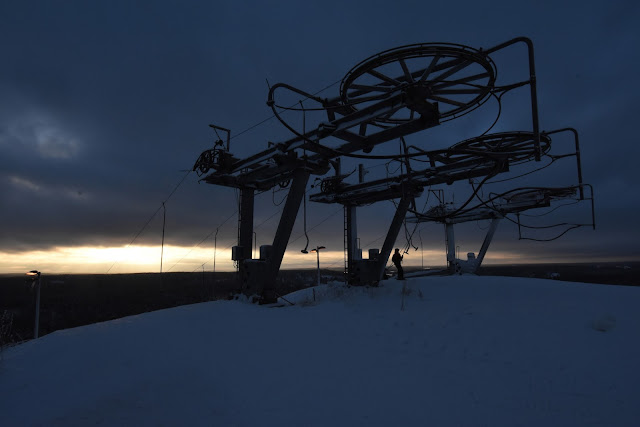 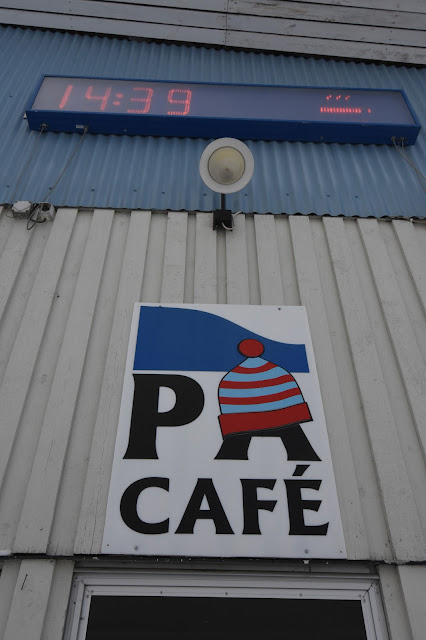 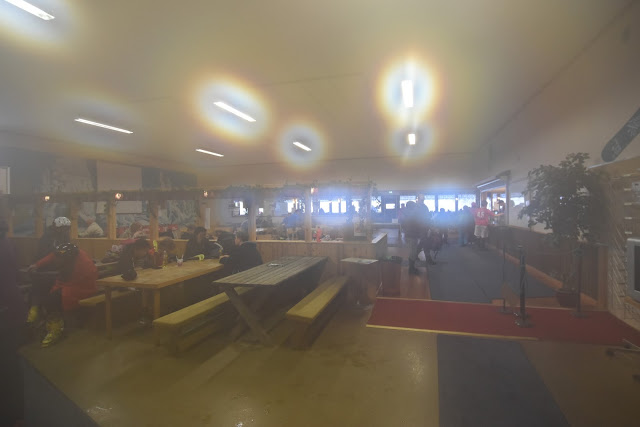 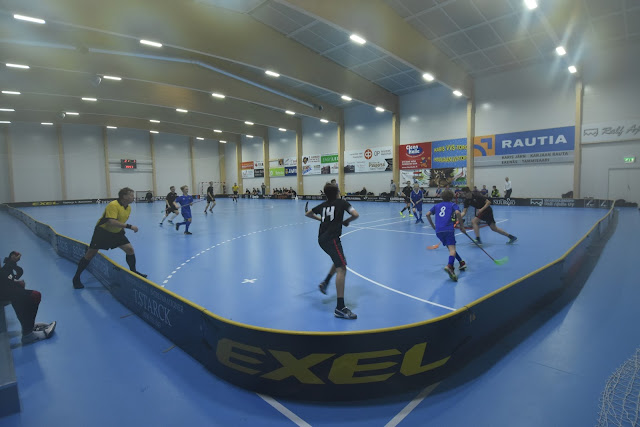 Photos and video (c) 2016 by Jari Arkko. This blog is also available at the TGR website. Tämä blogi löytyy myös suomeksi.
Posted by jariarkko at 12:46 AM