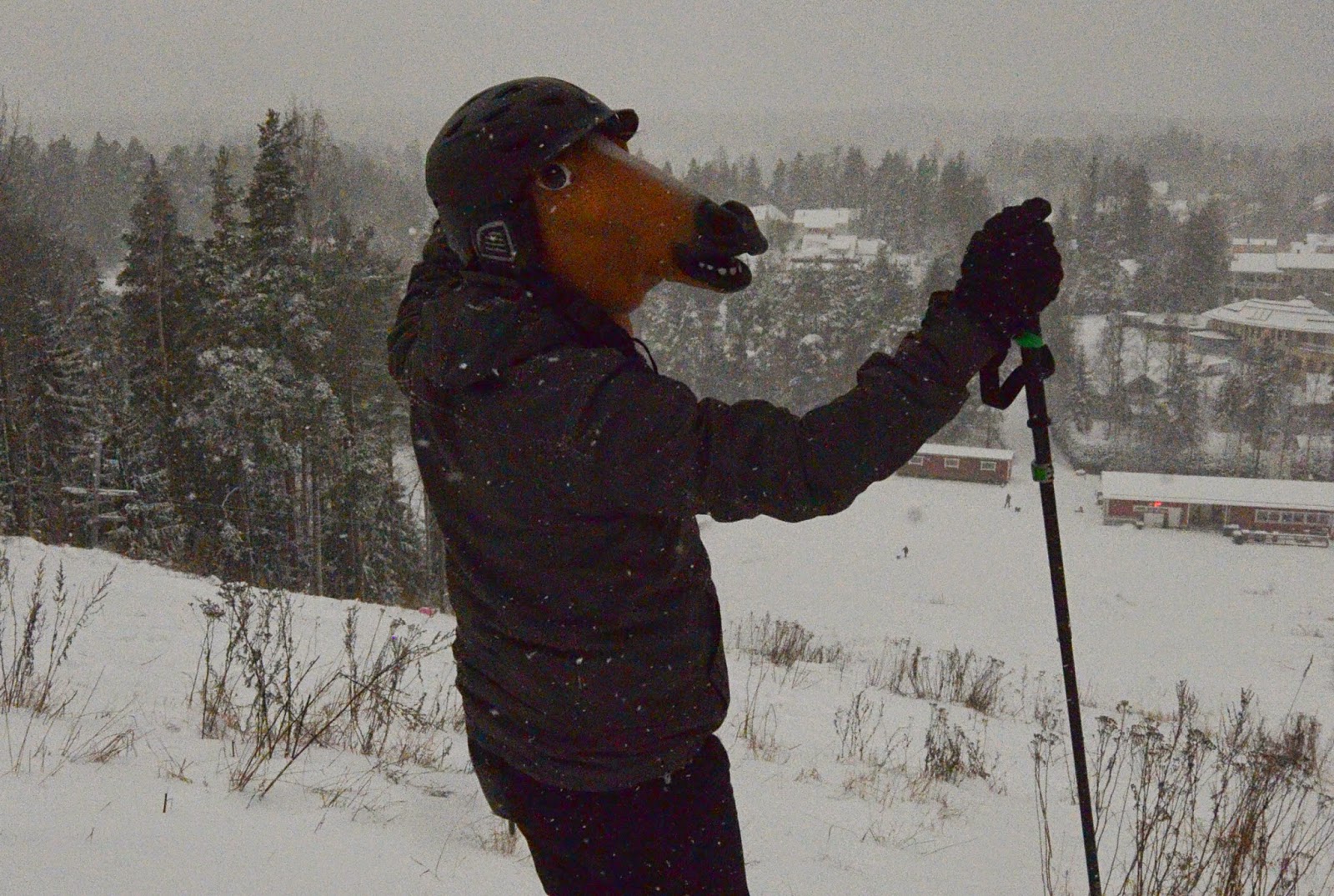 This time we have a guest skier in the blog: the horse head man. According to the Internet meme, he rides on the subway, attends games, and shakes hands with presidents. But can he ski? And perhaps more importantly, who left the barn door open? 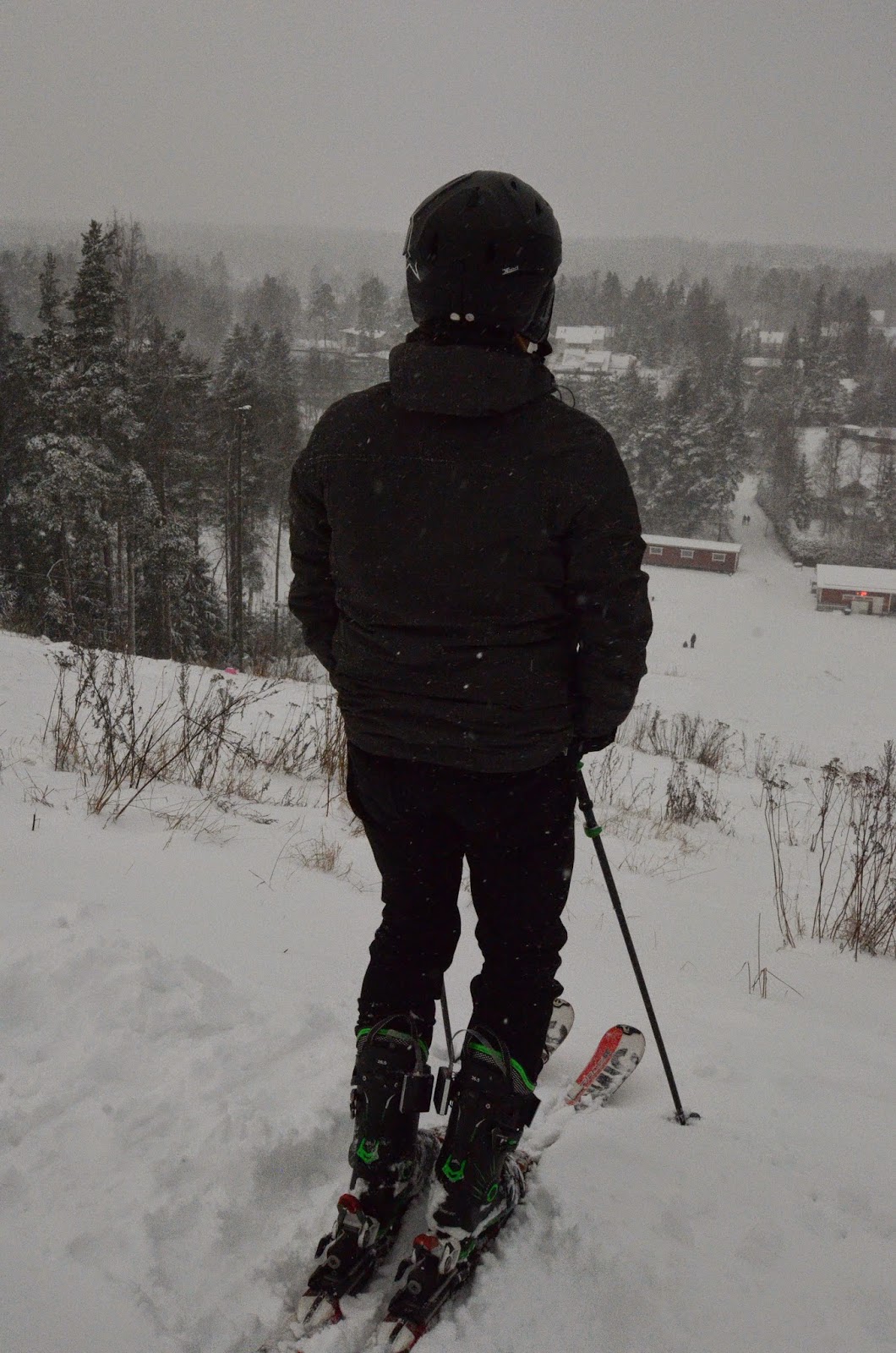 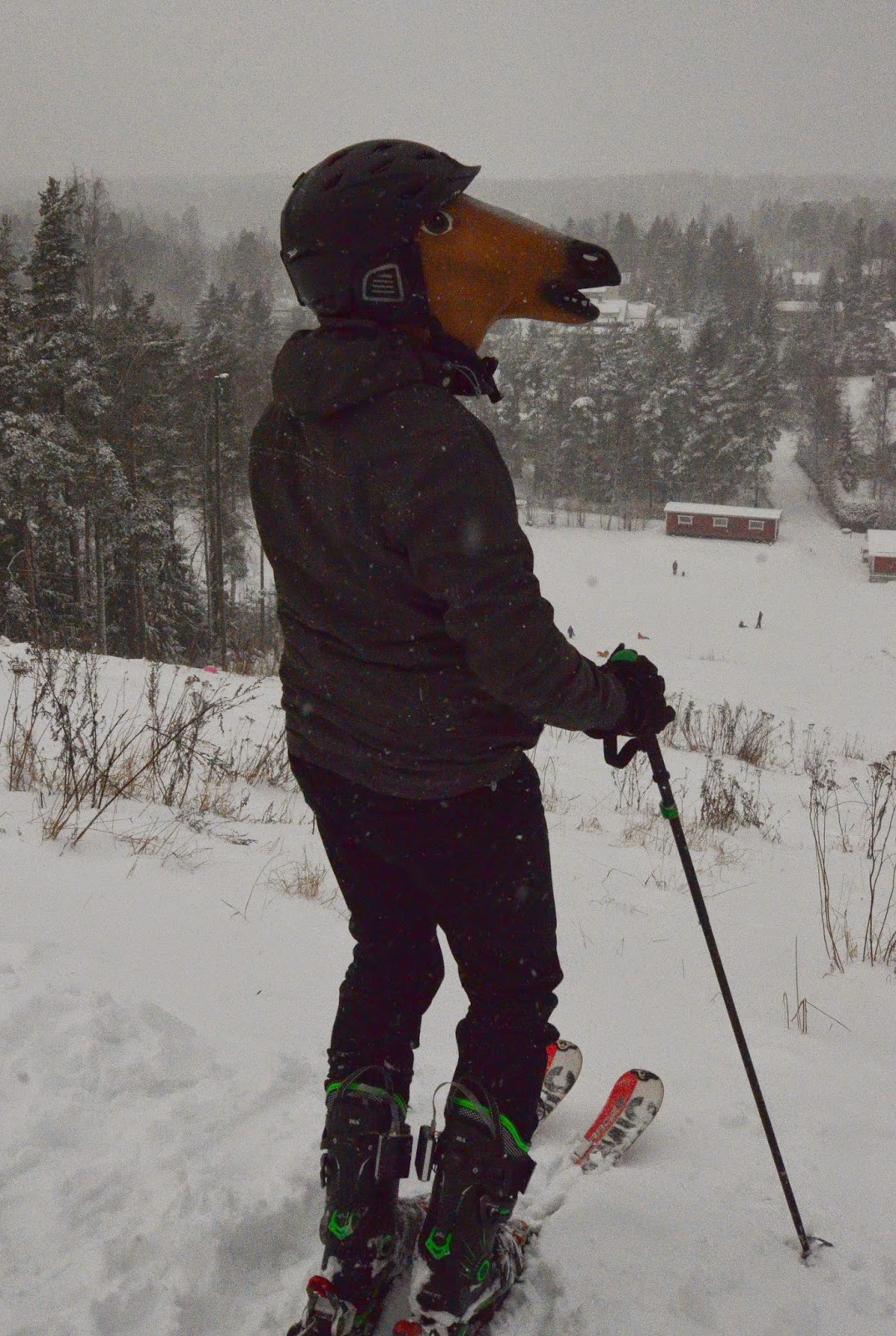 It turned out that the horse head man took a bad fall on the Grani slopes: 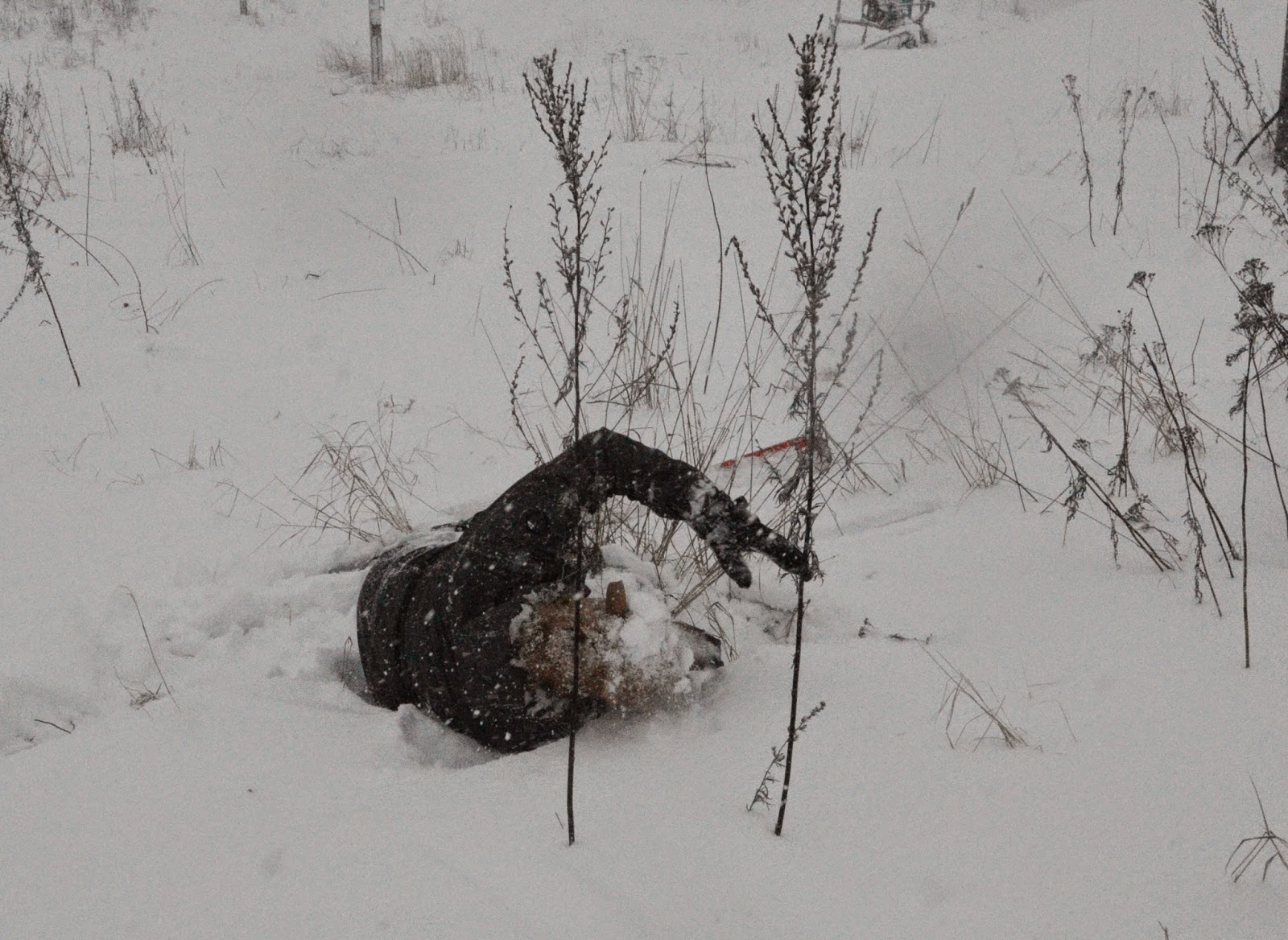 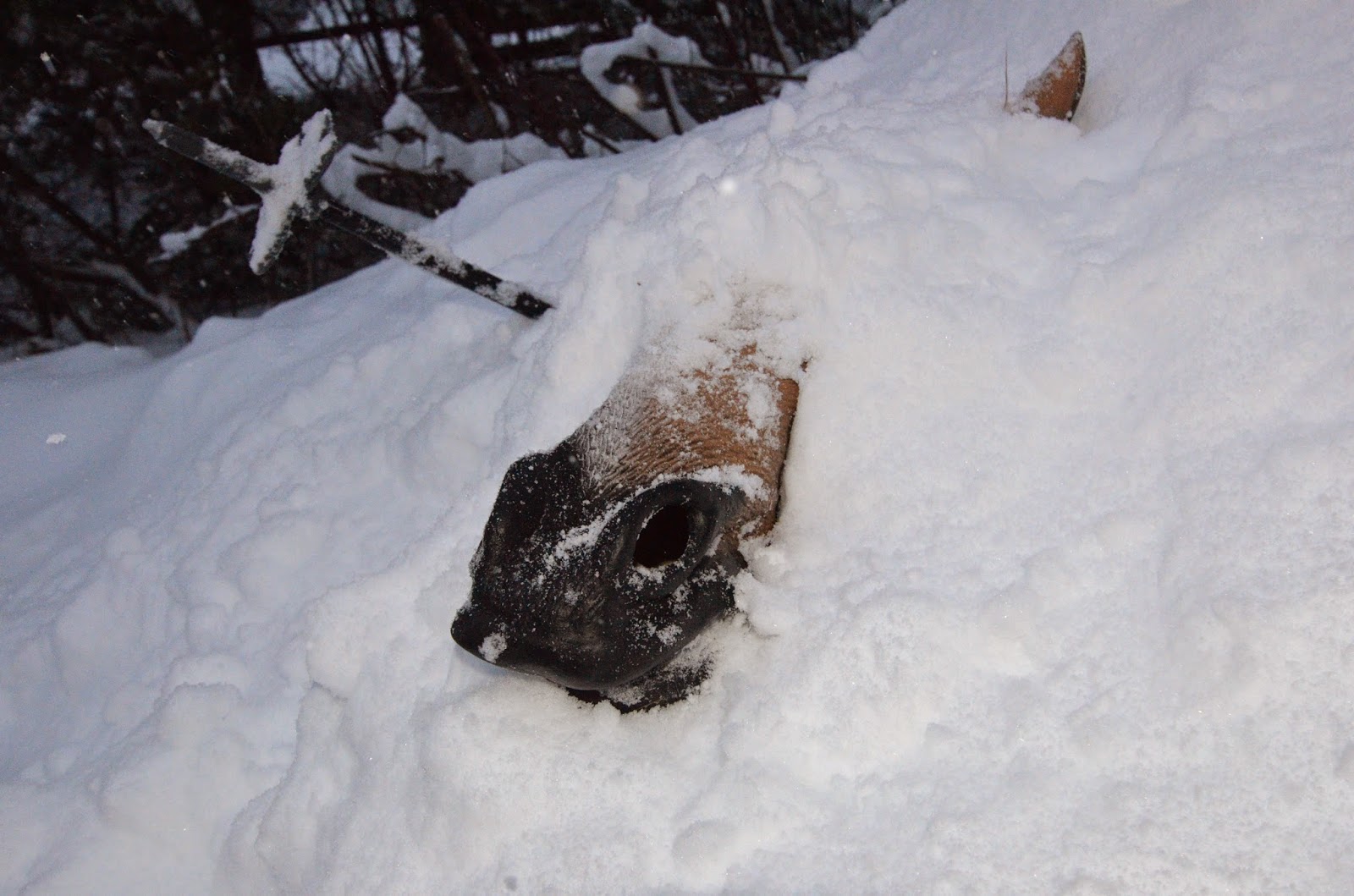 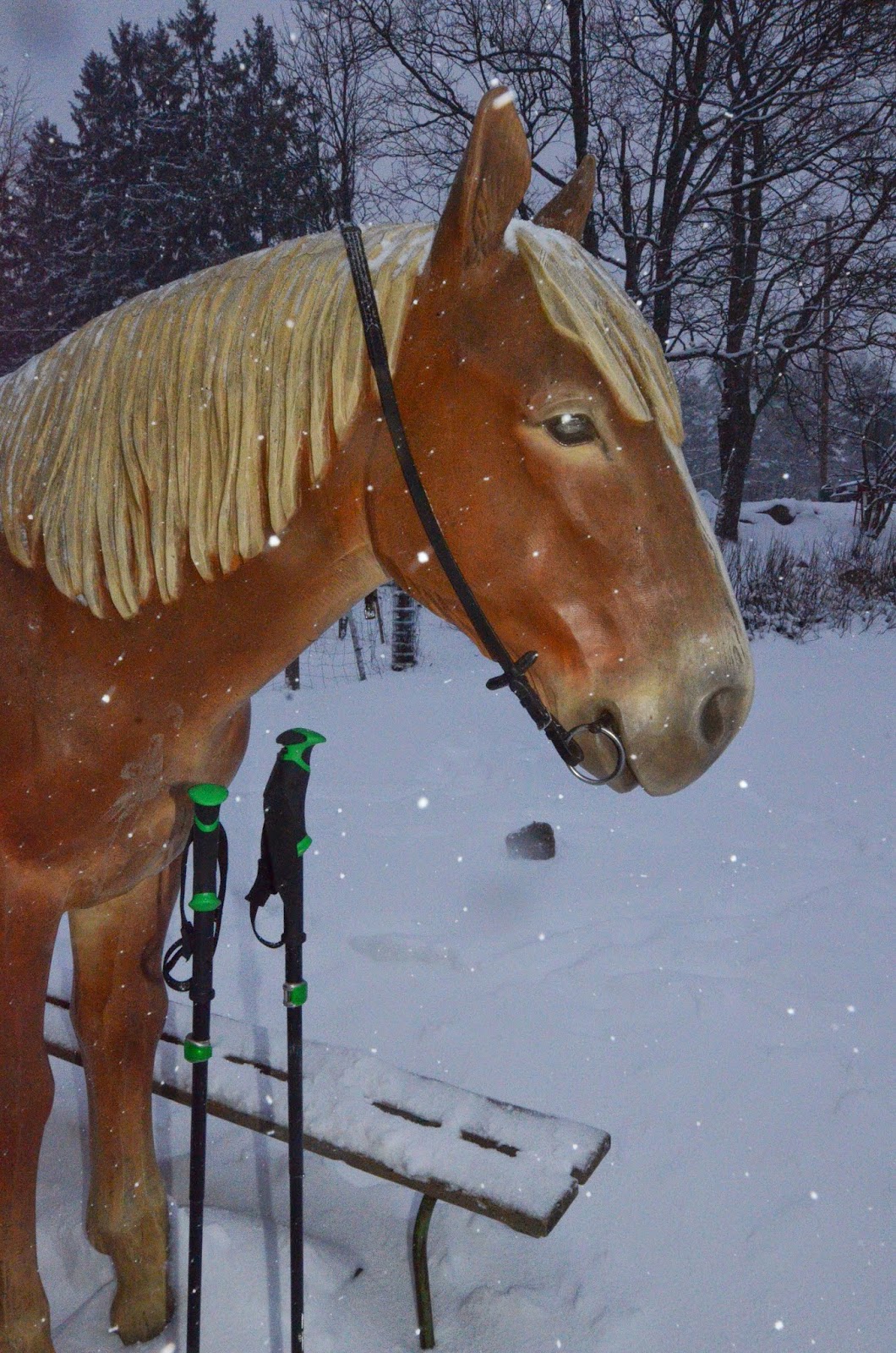 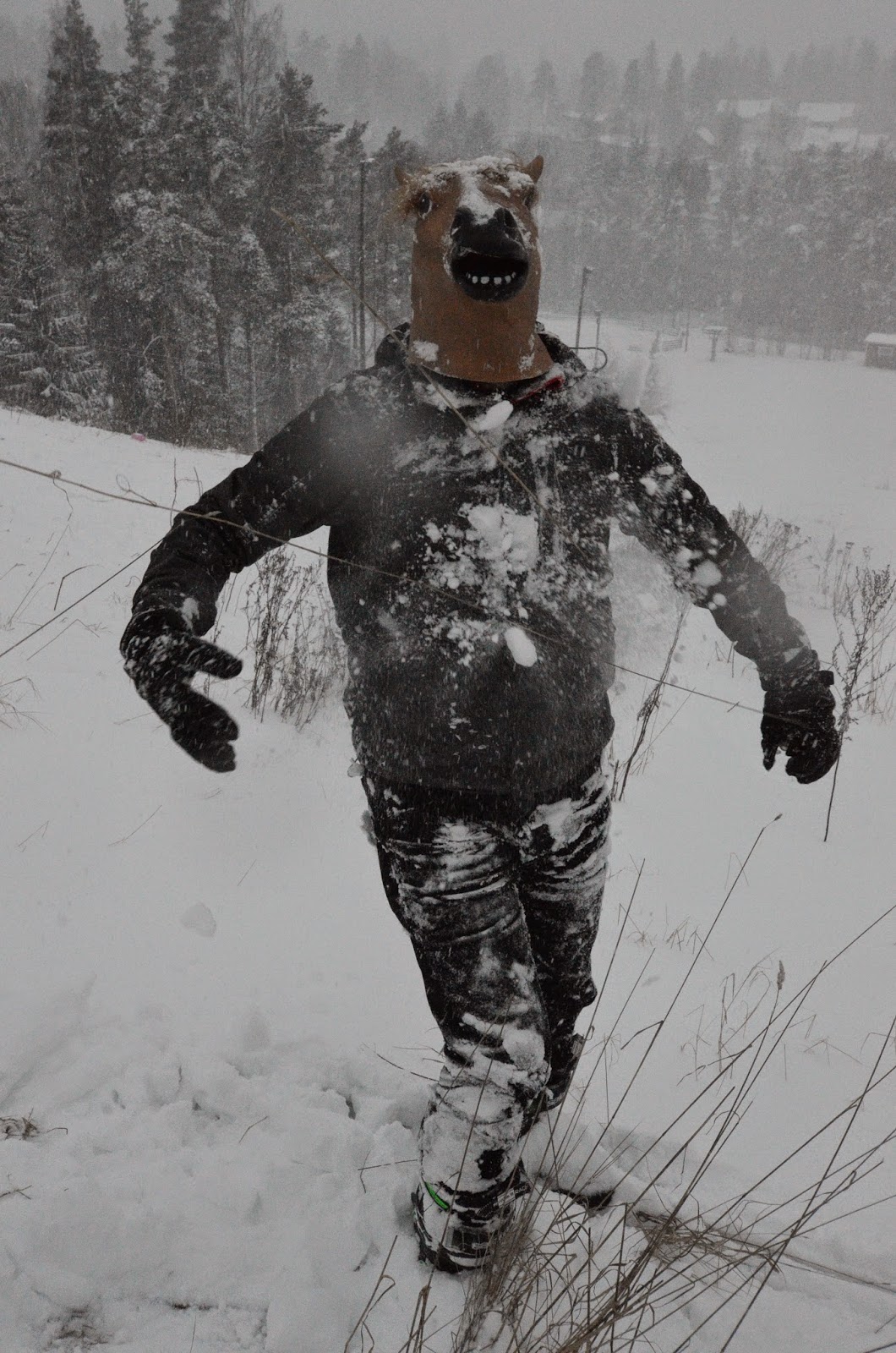 But in the end, all was well and and it was time to drive home. 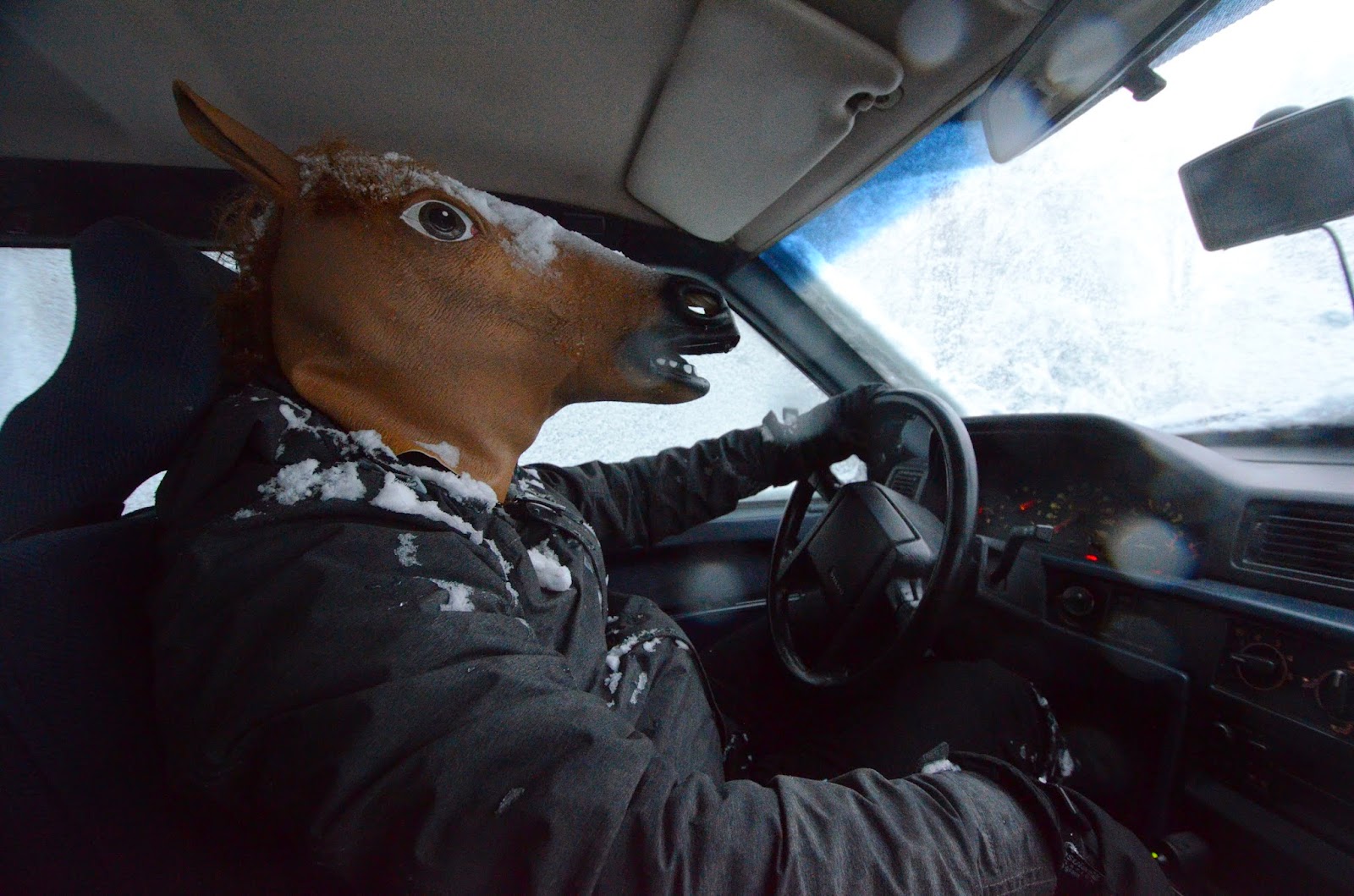 Posted by jariarkko at 3:04 PM