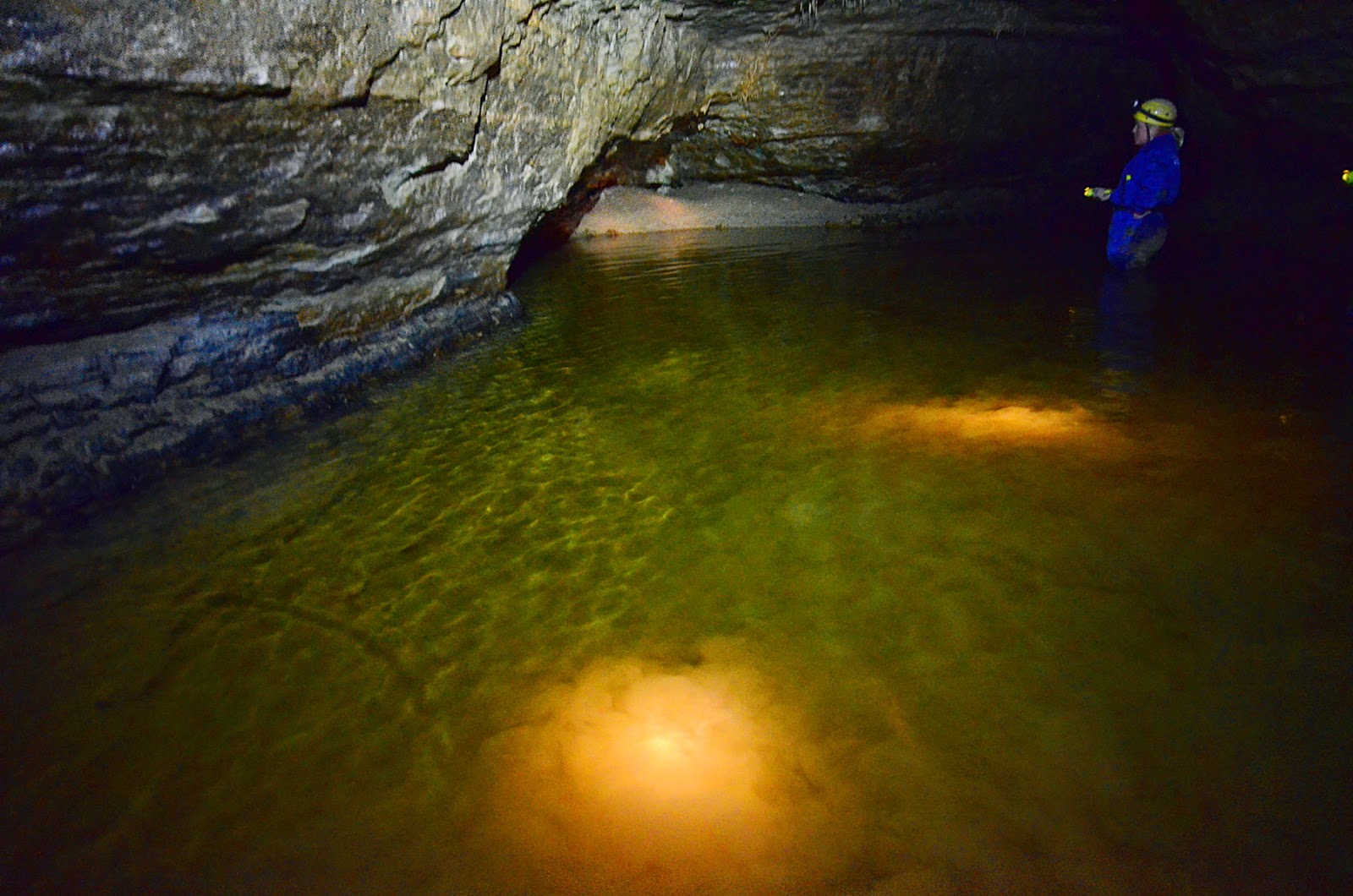 Midsummer in Gotland, Sweden. Perfect place for boating, hanging out on the sand beach, swimming, as well as a little bit of climbing. And all this underground!

Gotland is a great vacation destination, but when the others were going through medieval church ruins for the third day, I felt I needed to do something else. Lummelundagrottan is Sweden's 2nd longest cave, and stretches for four kilometres. Or possibly more, as the exploration continues. The cave is 15 kilometres north of Visby, the main city in Gotland, and also near the airport. The largest open spaces of the cave were discovered in the 1950s by three school kids, Örjan, Percy, and Lars.

Today, the stairs lead to those large spaces, and the tourists can walk through the cave along paved pathways. The cave gets over 100 000 visitors every year. But there is another, a more interesting way to enter the cave - even for us who are interested in trying out caving but have no experience to do it on our own. An adventure group takes ten wannabe explorers into the cave along with two guides.

One of the branches of the cave system is closed, and we can not enter that. Even cave researchers get to visit that part of the cave for only a week in a year. The adventure group explores another branch for about half a kilometre into the cave. Going beyond this would require crossing a "water lock", i.e., would require diving. Not for us!

The route that we can take begins on small boats. They are easy to manoeuvre into the cave, as we can grab hold of rocks in the tunnel walls and pull ourselves forward. But then the going gets a bit tougher. The cave ceiling drops so low that we have to lean low - and lean to different directions to avoid capsizing the boat. Once we reach the end of the boat trip, we climb over rocks, and continue our journey on foot, wading through partially water-filled tunnels, climbing, and even crawling. 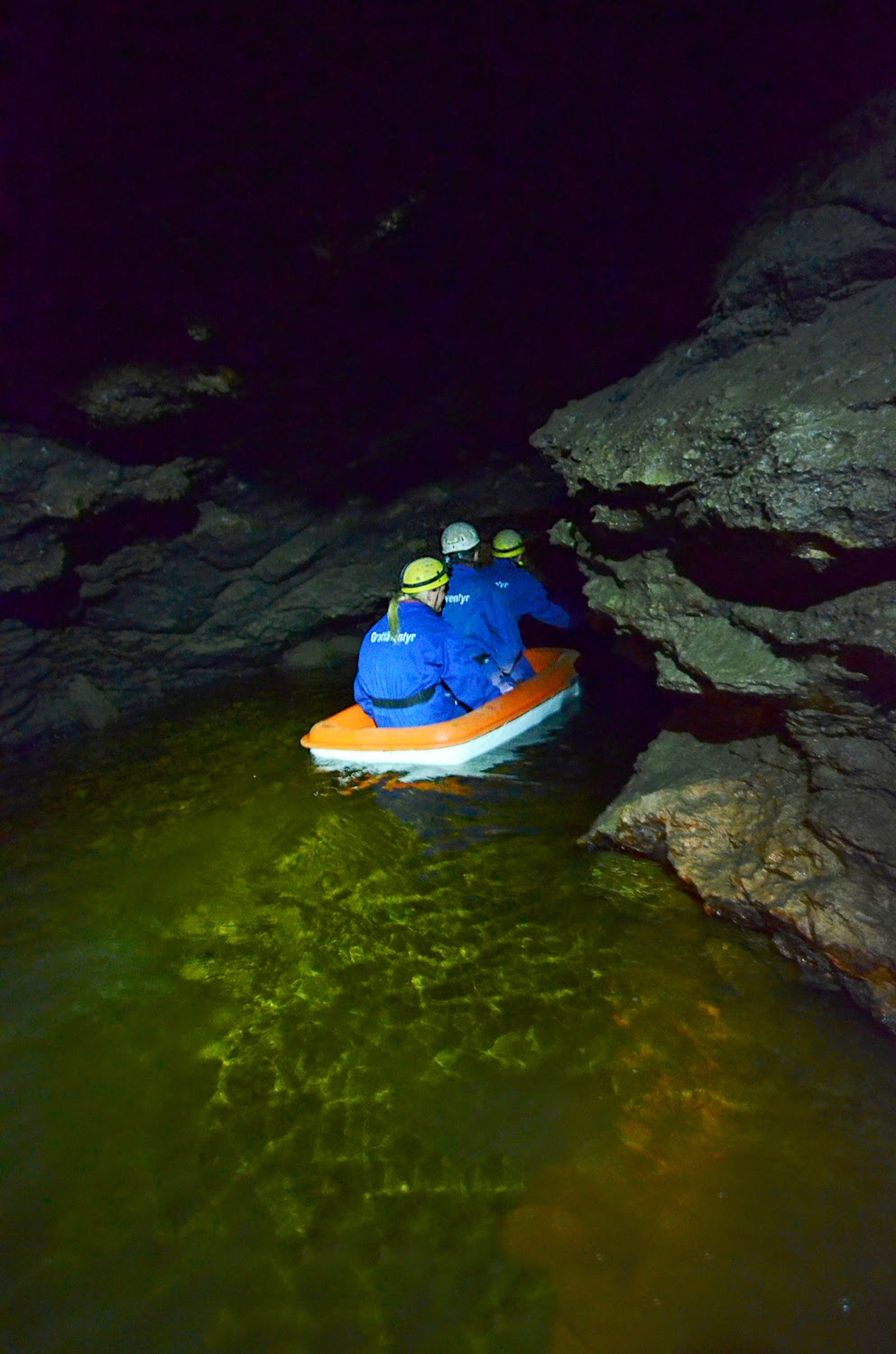 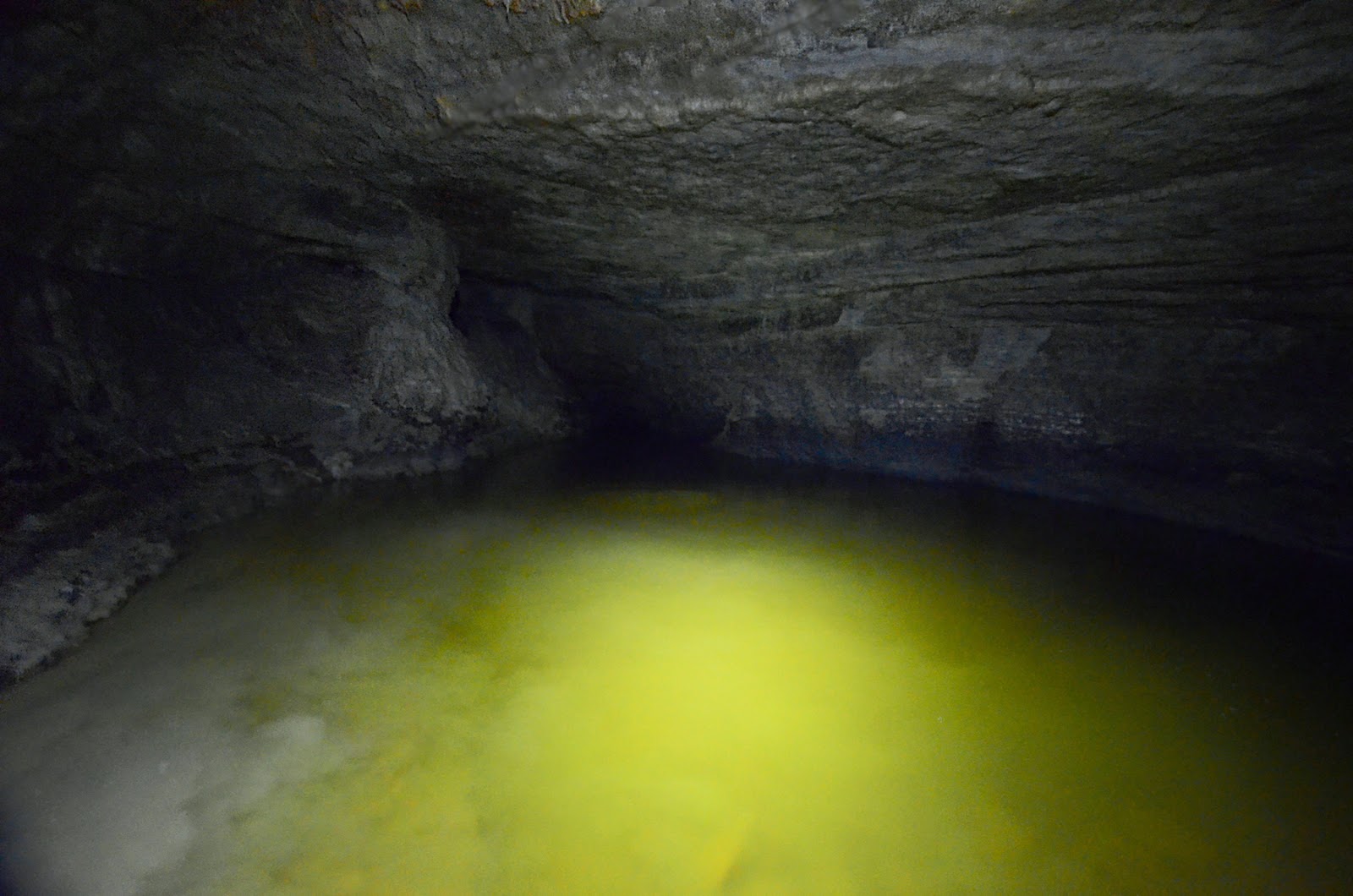 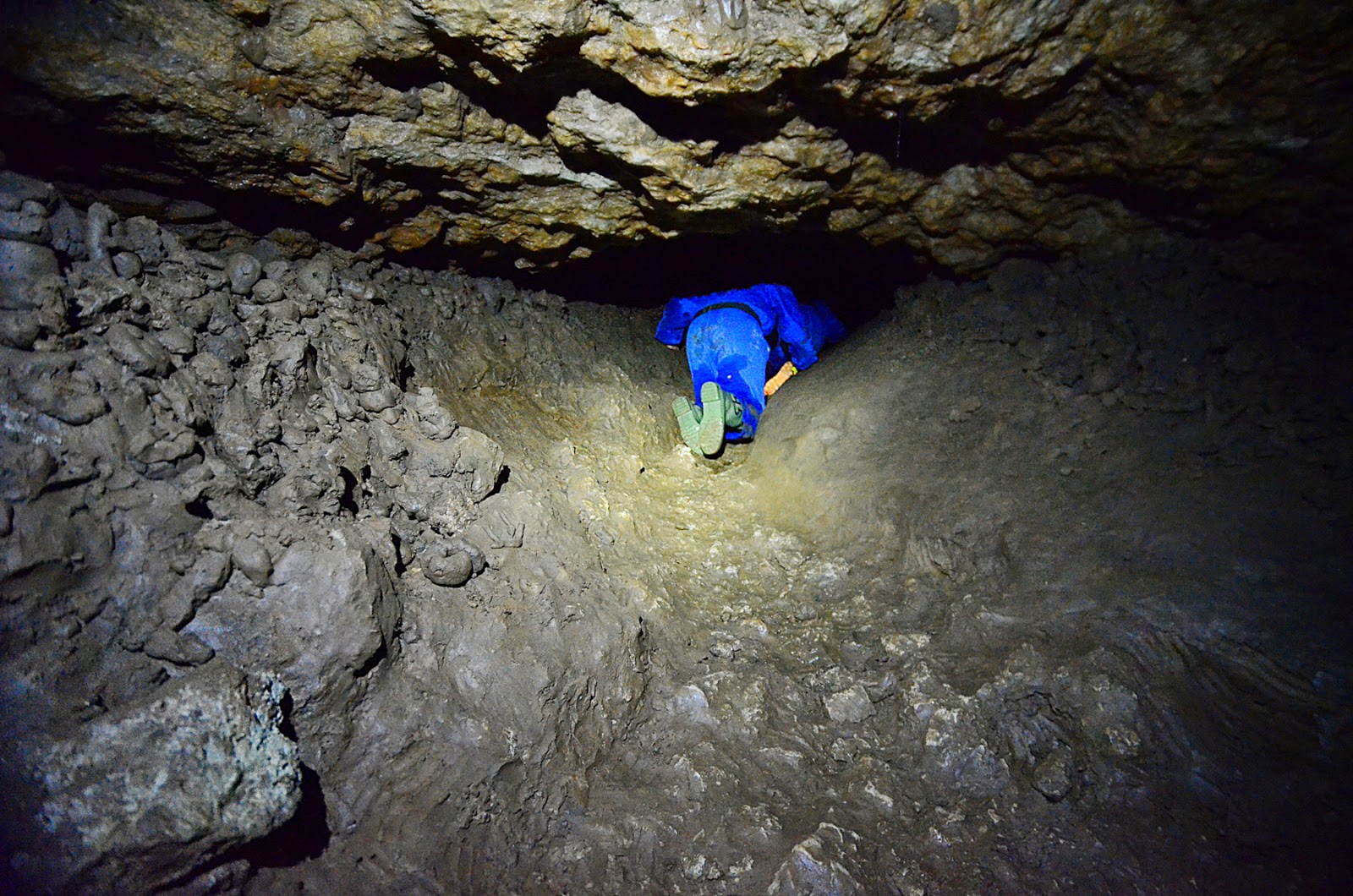 The cave was partially what I expected: tight spaces, water, crawling. But I was totally blown away by the surprising elements. The underground sand beaches. The beauty of large tunnels. The water that shines in bright green colours in the light of our headlamps.

And I did not expect clay. I imagined the cave would be rock, clean rock. But many parts of the Lummelunda cave are covered in clay. The crawling and climbing in these areas turns our clothes and hands thoroughly dirty. My fellow cave-men drew war paintings on their faces.

And the water. Wading through the deep water in watertight pants was surprisingly different from just wading through water in your swimsuit, as the pressure is feels stronger. My mind raced through the stories of cave diving, and I kept being afraid of the holes to other parts of the cave. The holes were hiding somewhere under our feet, under the water.

An interesting part of the trip was navigating in complete darkness, as we turned our lights off for a moment. This was surprisingly difficult, not to mention scary. The guides also told us a story about a mouse they had seen in one of the early tours, only to find the mouse half-eaten when returning from their tour. Is there a large carnivore hiding somewhere in the cave... true or not? I do not know. 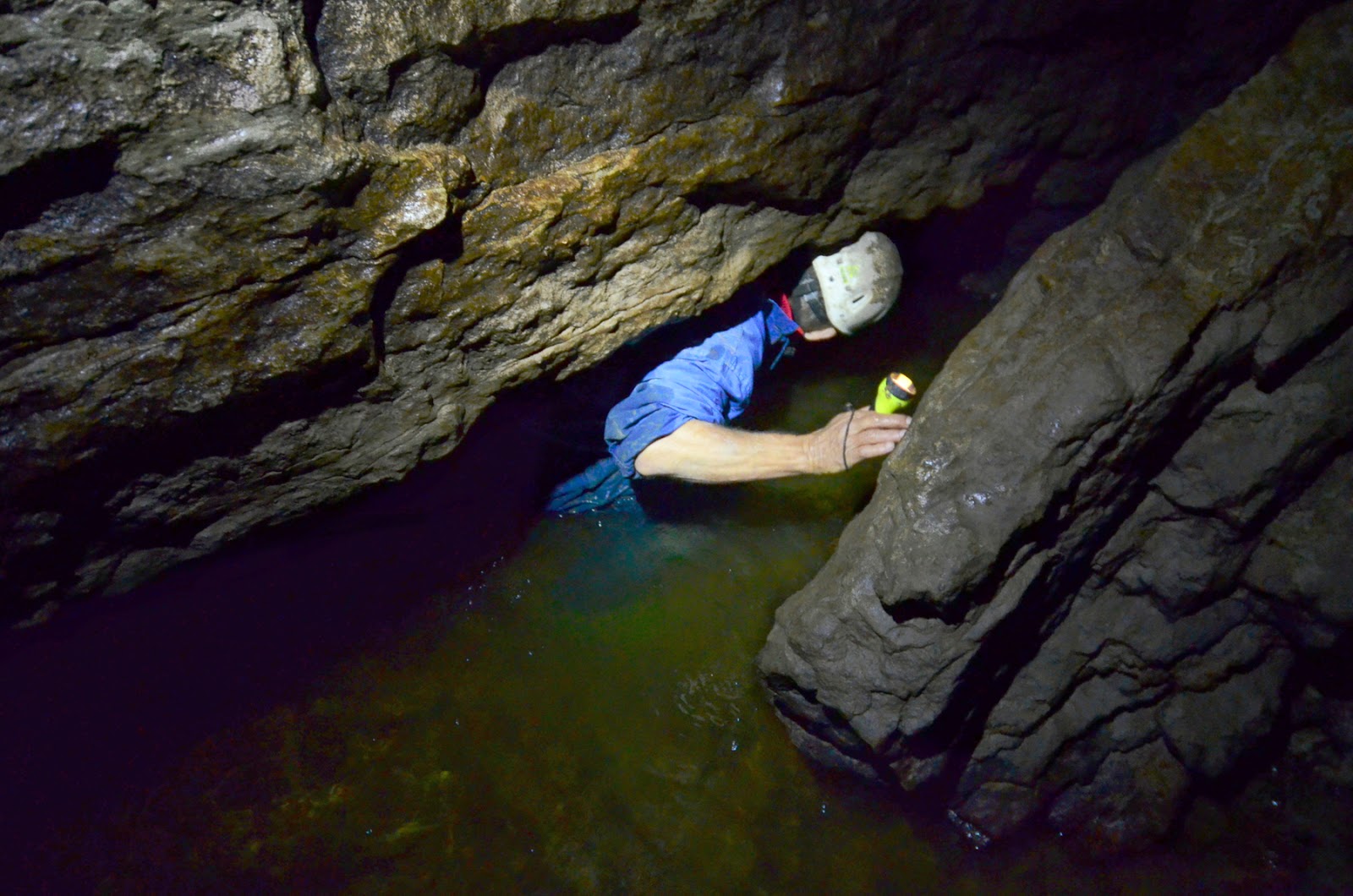 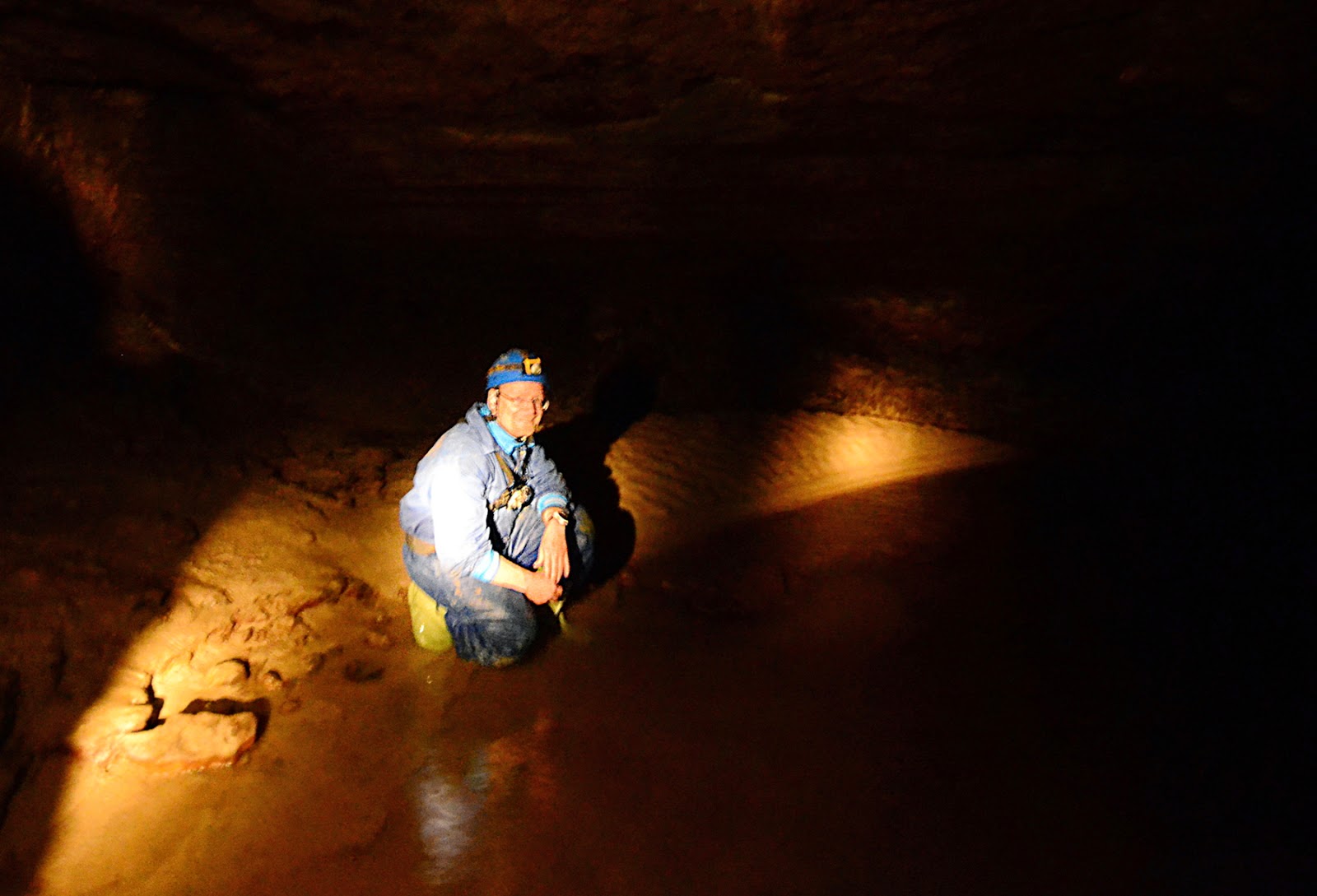 We used wade-fishing pants, high enough to reach our armpits. But they were not high enough to protect us completely from the water, as it was too deep in places. In a couple of points we had to either jump a few meters or swim. This would not have been such an issue, but doing that while carrying two cameras was a challenge for me. In some other points we held on to rocks on the tunnel walls to keep ourselves afloat. In another case we had to move on our bottoms along a small underwater ledge in the tunnel wall.

The cameras survived, albeit a bit dirty from all that clay. But most of us had taken in some water during the trip. The advice from our guides was that if water starts pouring to our pants, there is no point in raising the issue - we better keep going and pass the difficult point. And the organisers have a system for drying the pants :-) 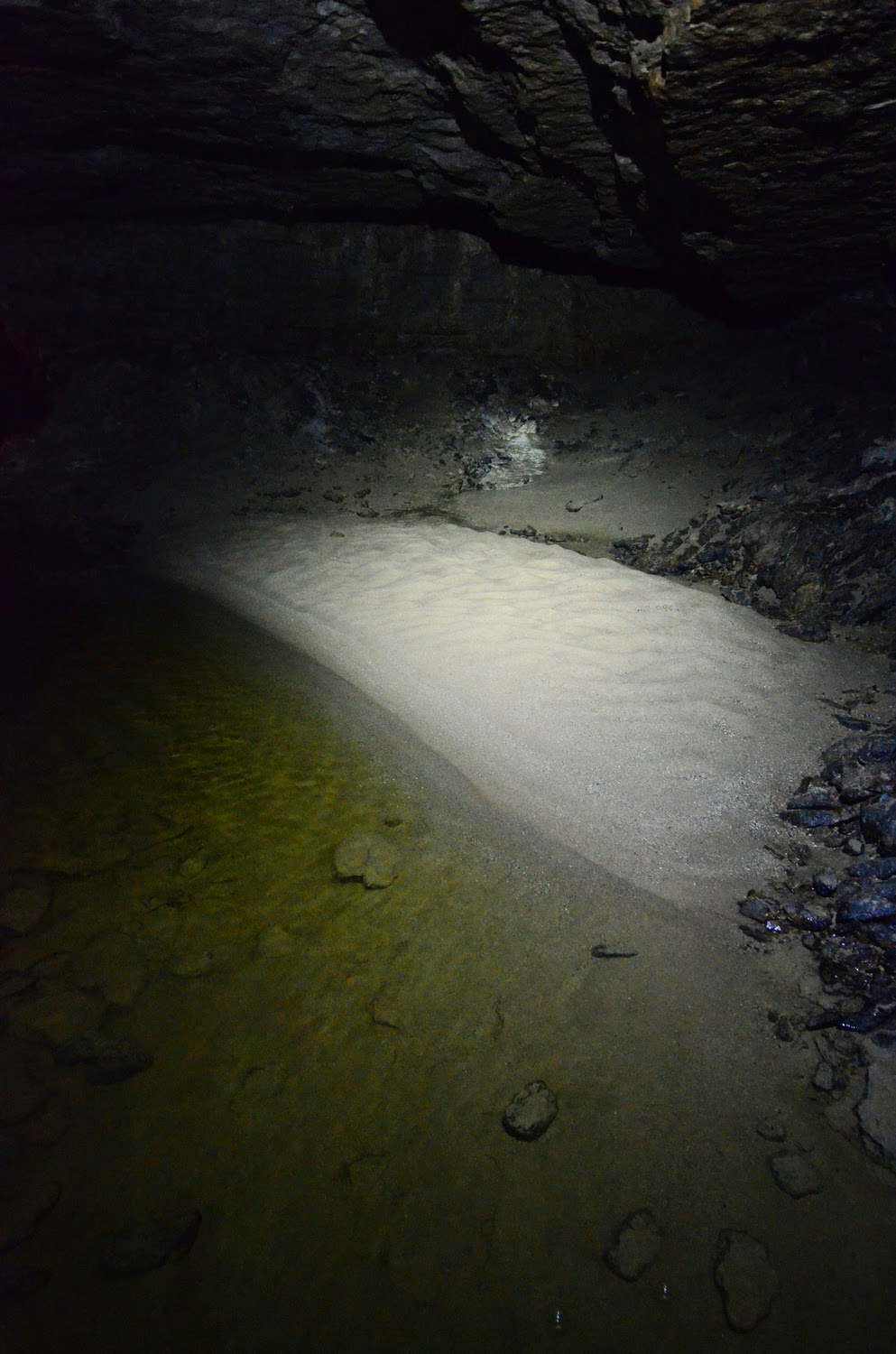 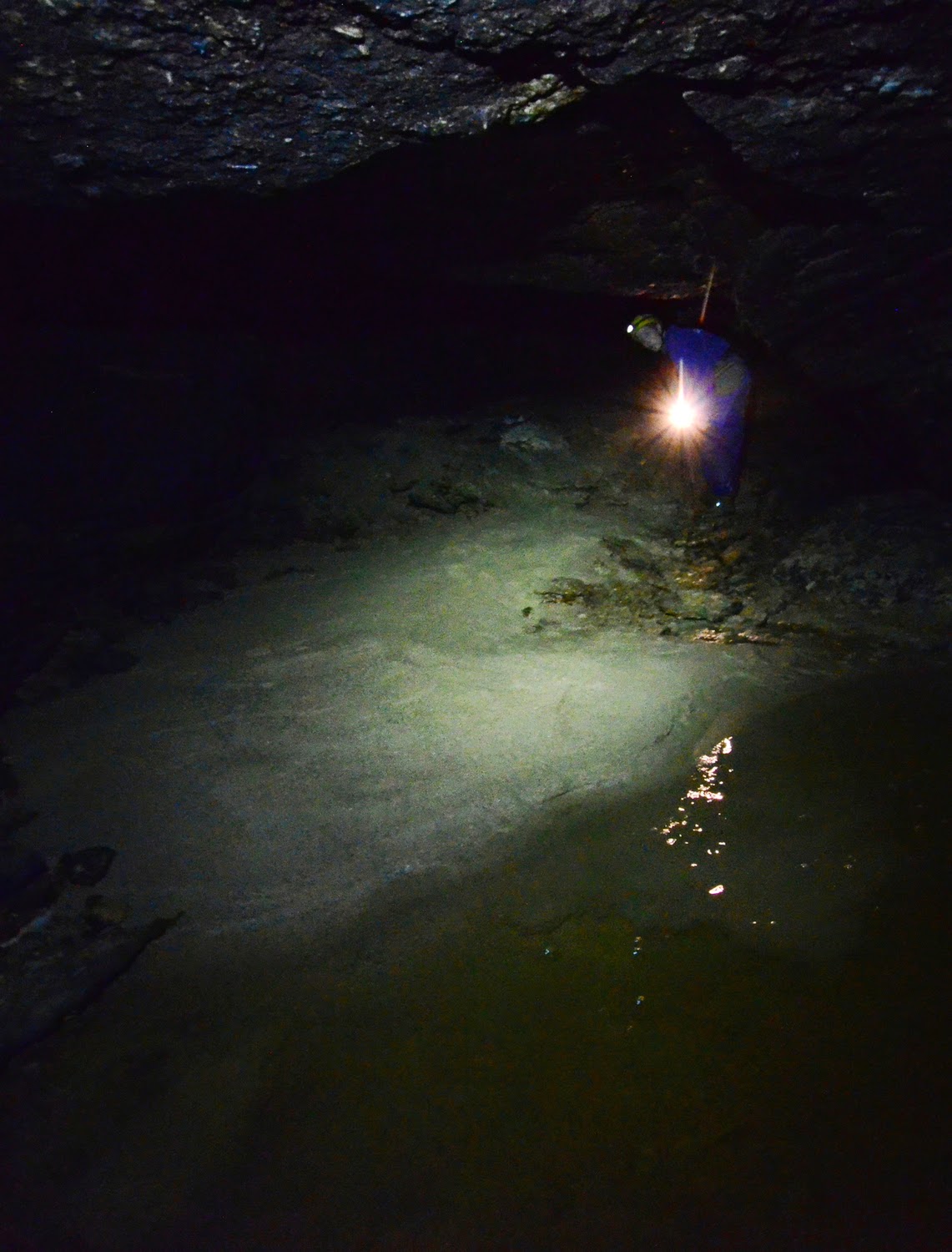 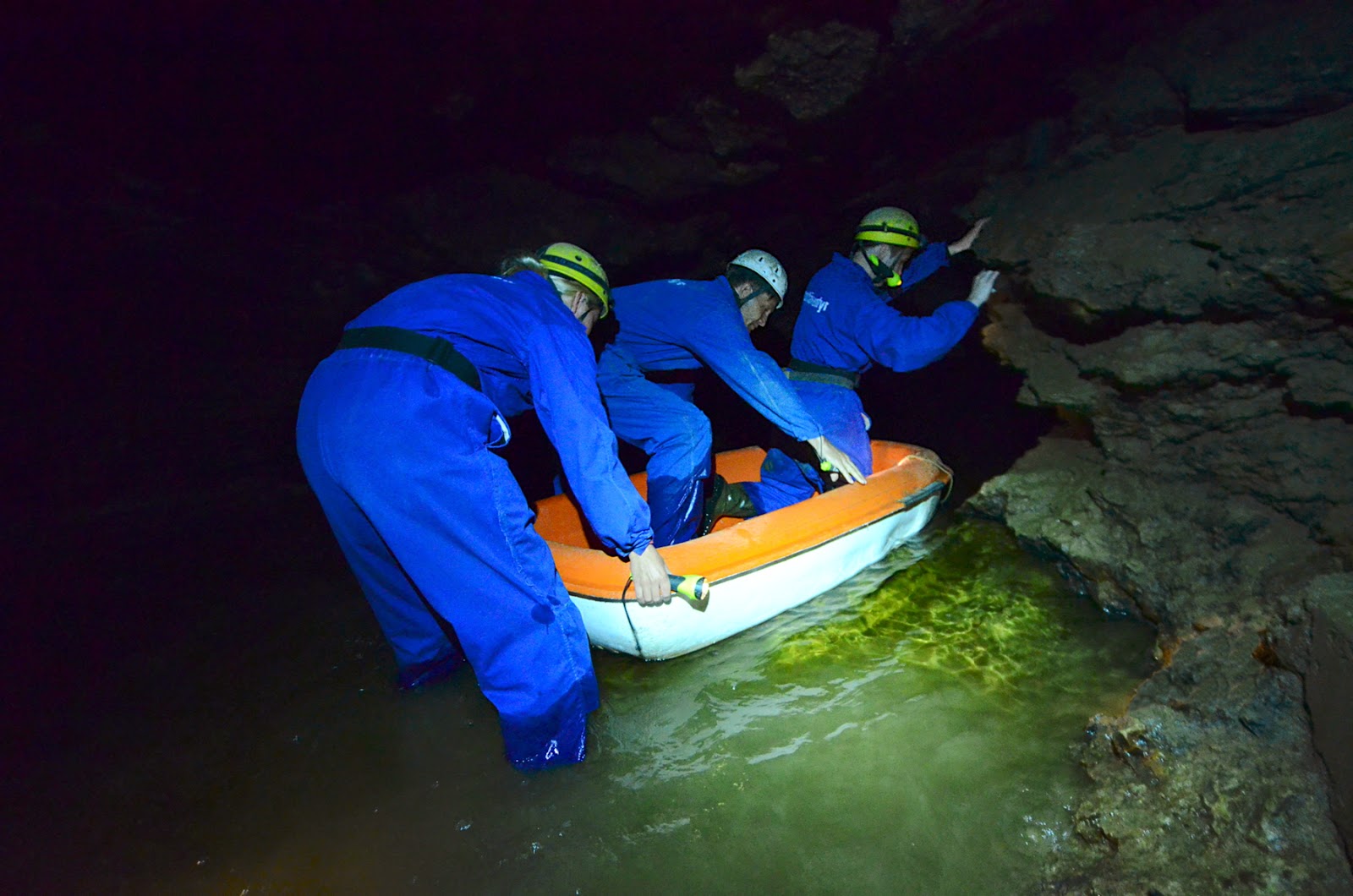 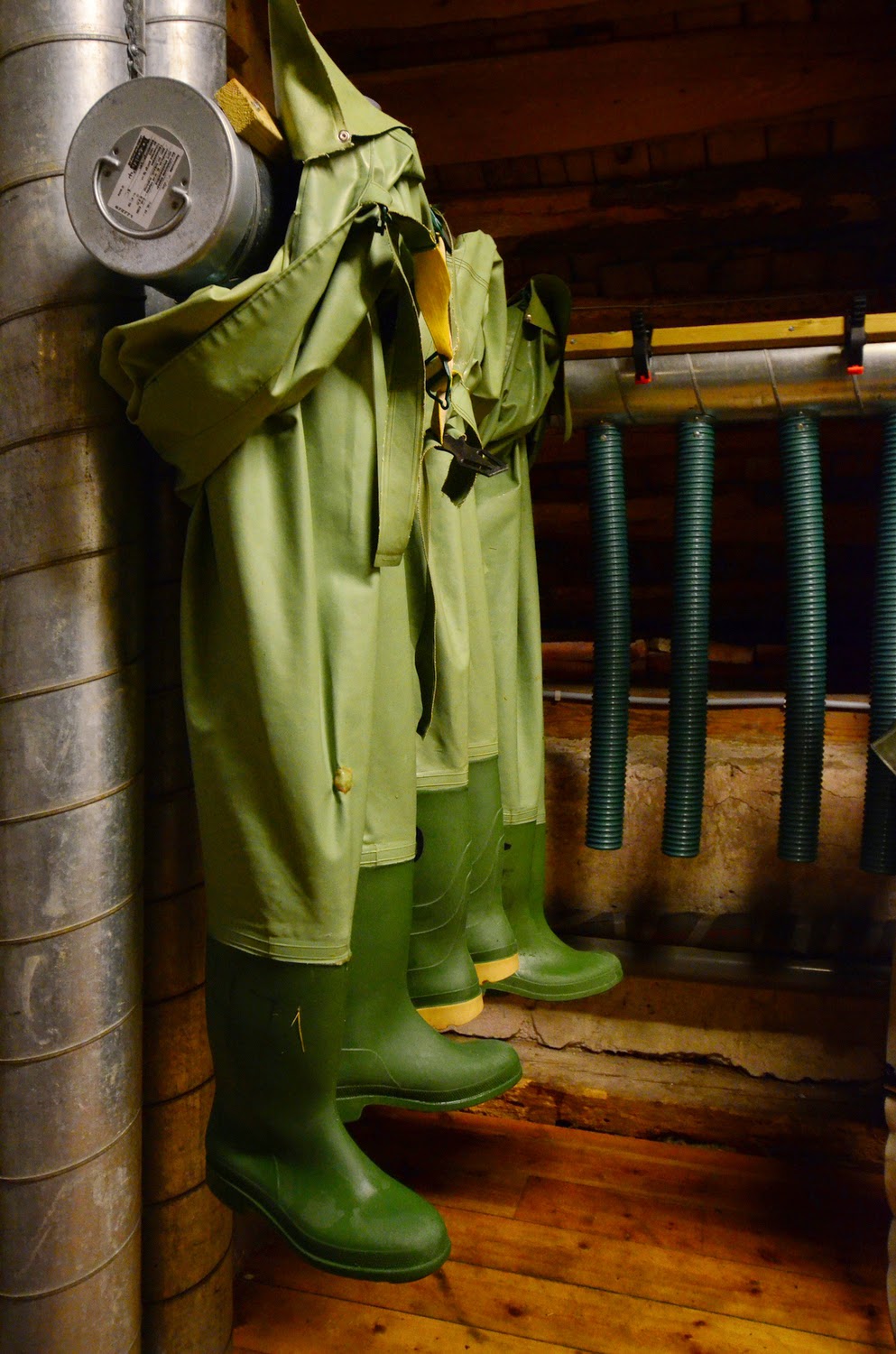 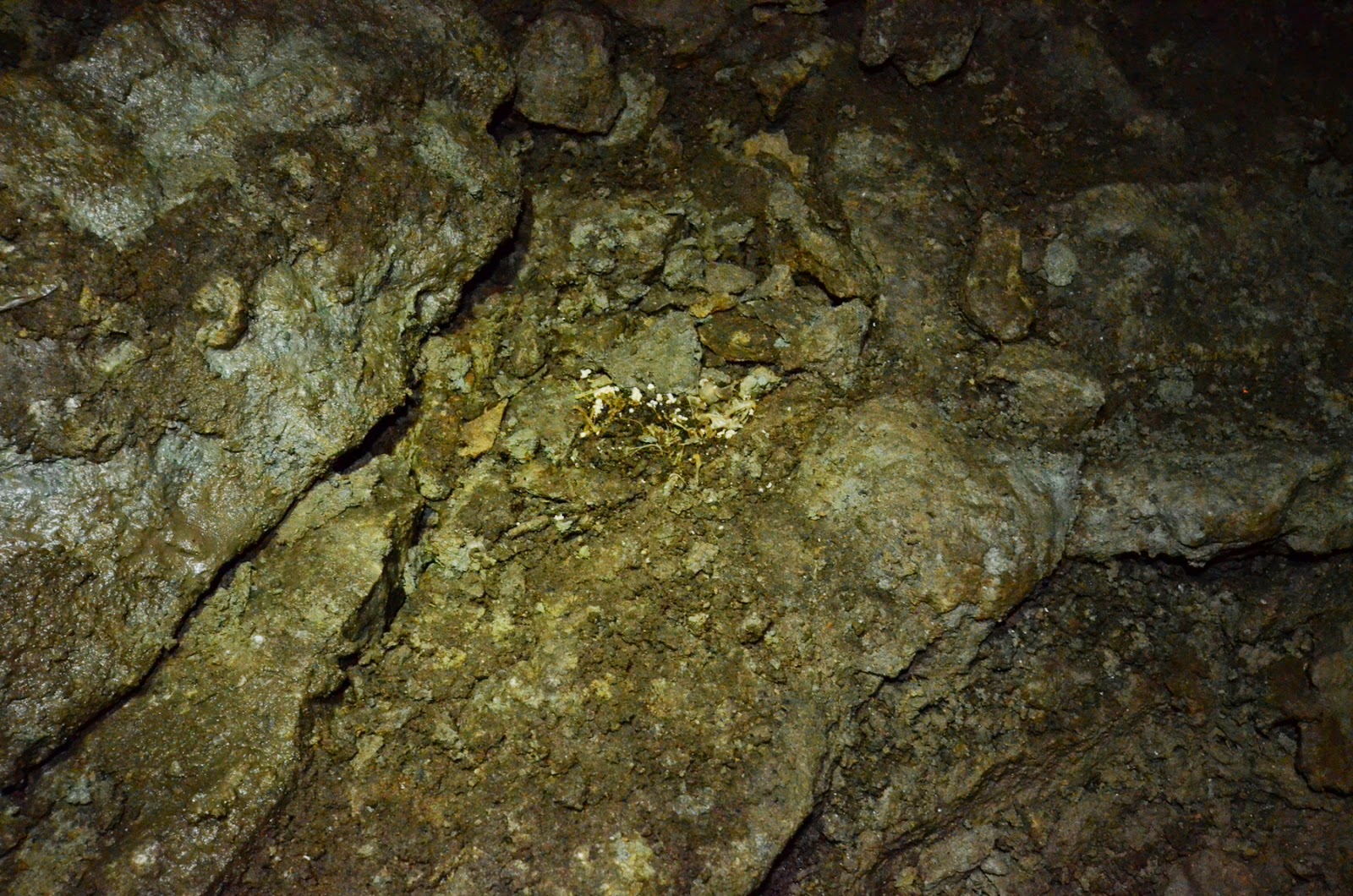 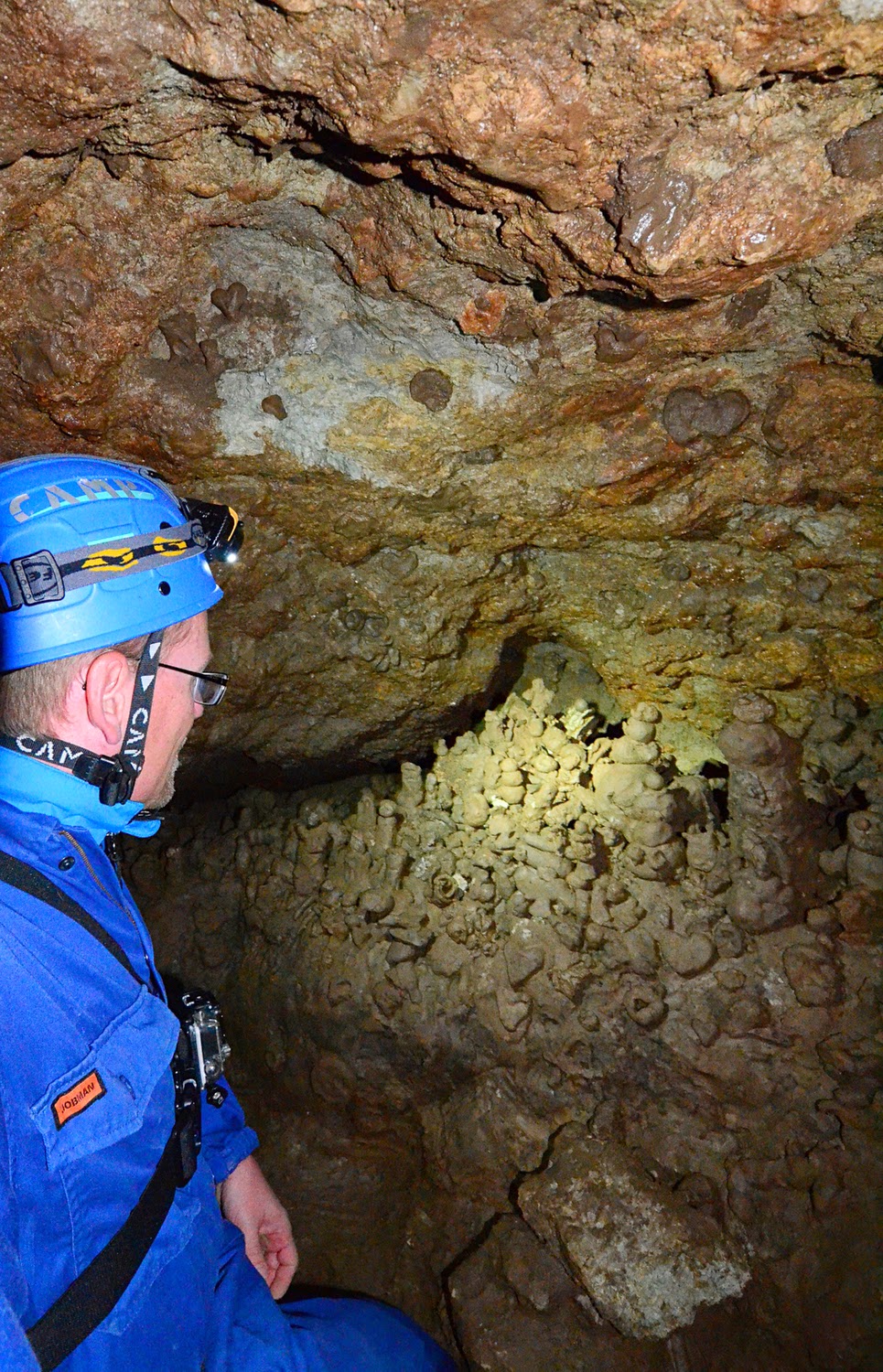 Posted by jariarkko at 9:50 PM