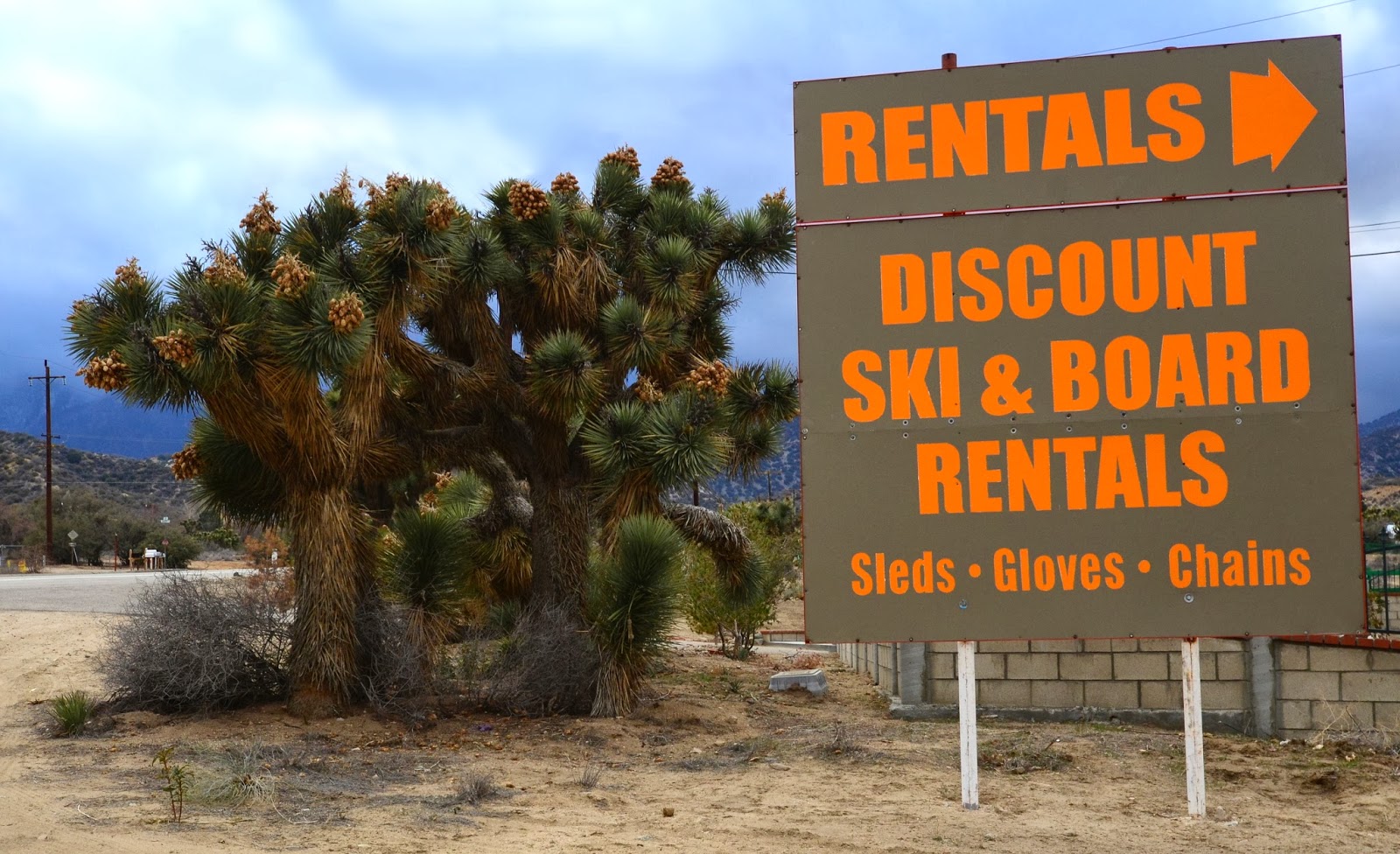 No wonder there is a discount: no snow anywhere and there is cactus next to the rental place. But I think I can find snow. And I need the rental skis, because airlines keep losing my skibag.

I'm heading to Mountain High, a ski area 100 miles from the beaches of Santa Monica. It is Sunday, and I have the morning off before my meetings start.

When I arrive at the ski area, it is exactly as I wanted: a thin layer of man-made snow, and no snow outside the ski area's boundaries. Hence, no avalanches. Still shaking from that experience! But the snow situation at Mountain High is not tailored for me, it has been an extraordinaly dry winter, and there is much less snow in California than usual. But Mountain High is open, although the snow is hard and icy.

This small ski area is surprisingly interesting. The 300-meter vertical descent is nice for a ski area so close to LA, and the more difficult runs are enjoyably steep. There's also plenty of jumps, rails, boxes and other entertainment in the area. Although I fall off one box onto hard ice. For a moment feel afraid that I've broken something. But I didn't.

The most fun thing were the stairs. 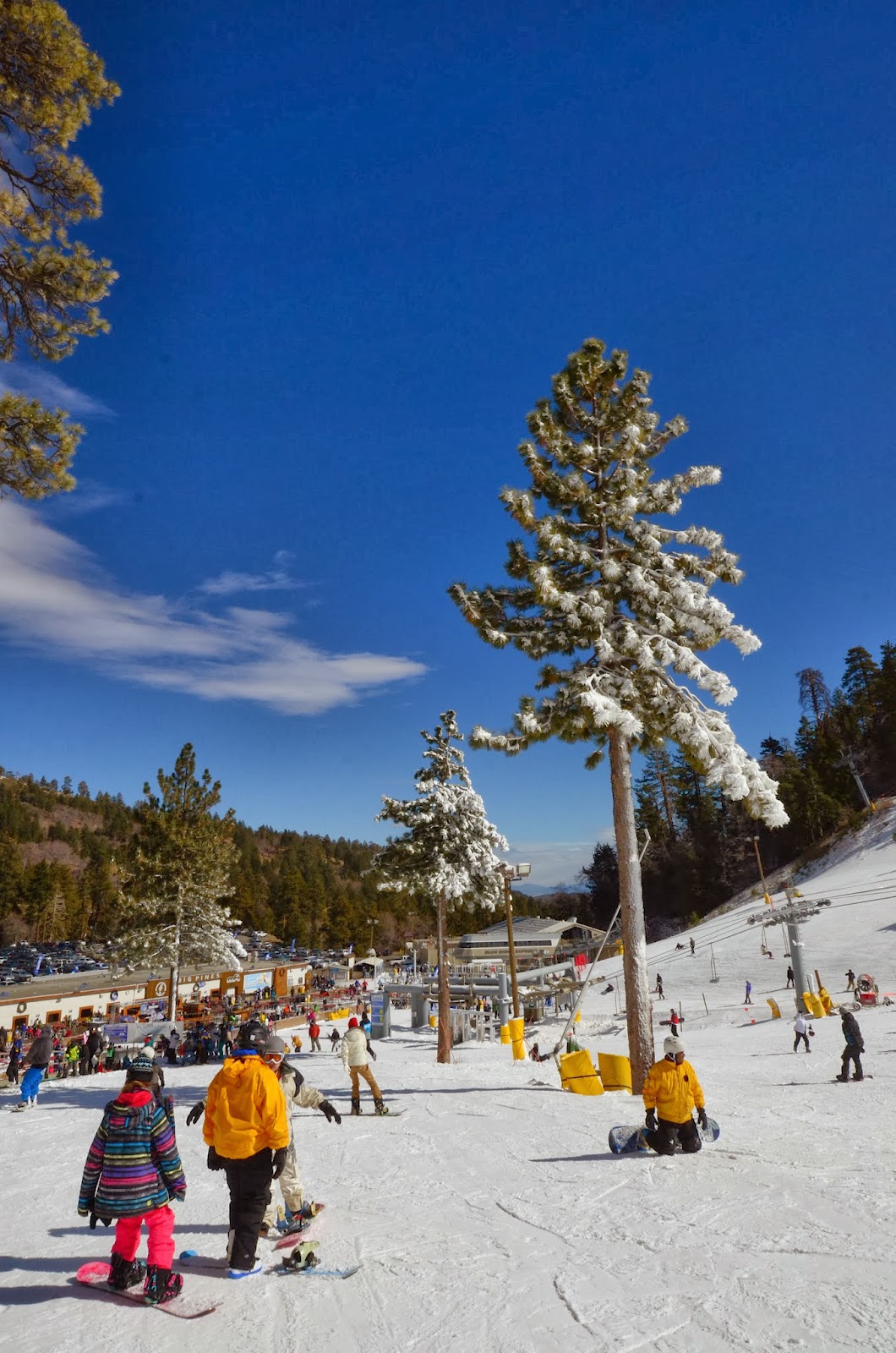 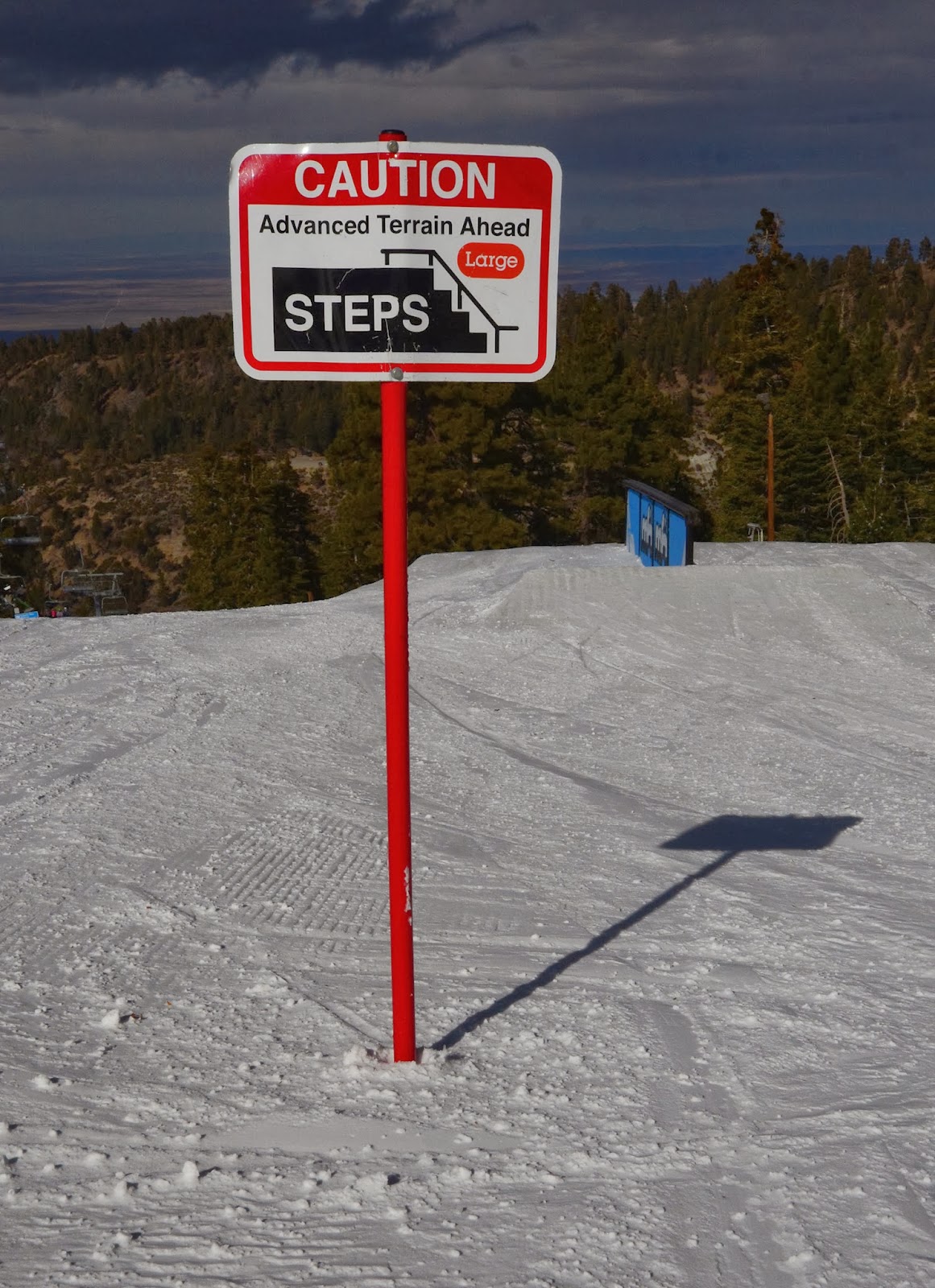 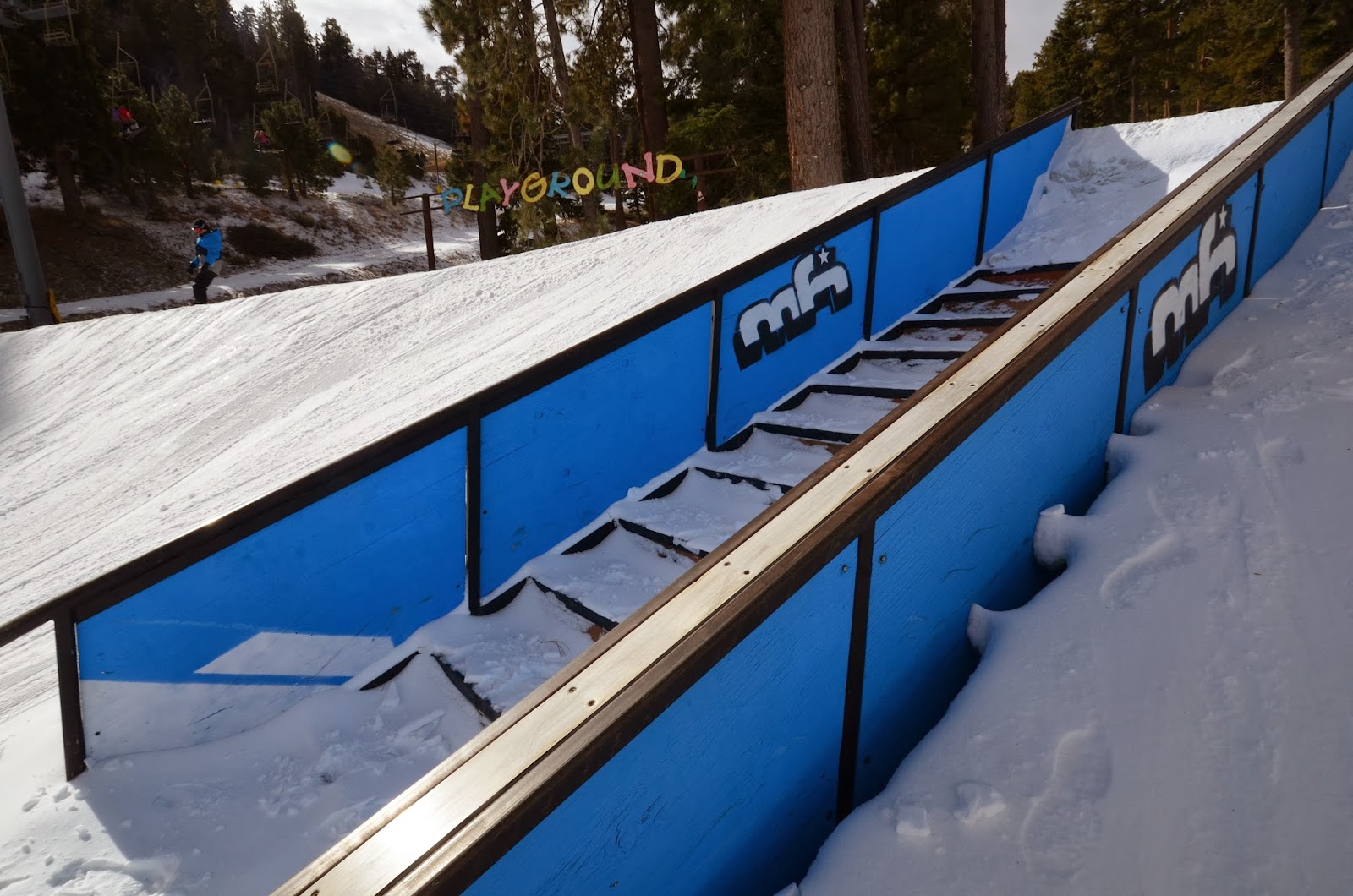 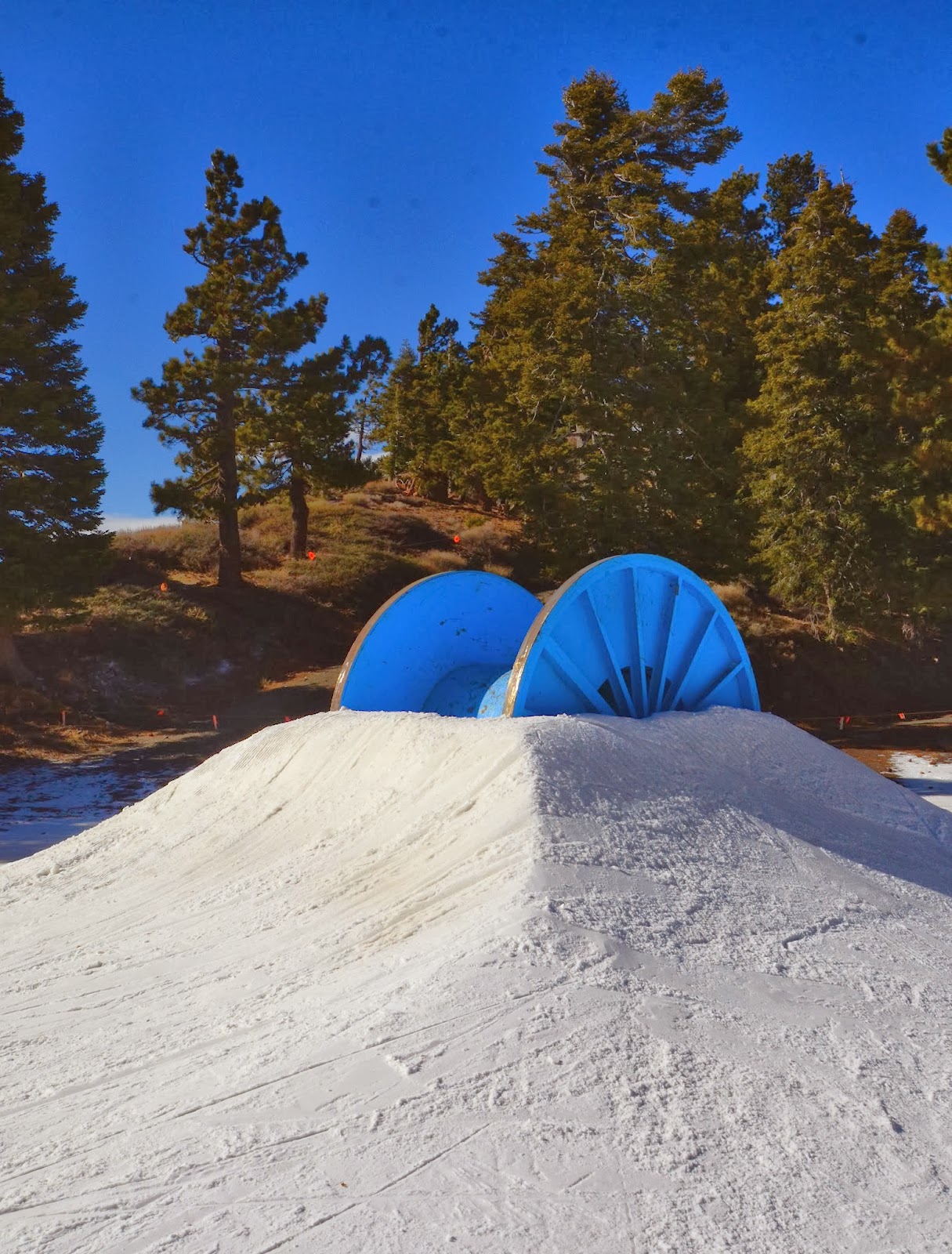 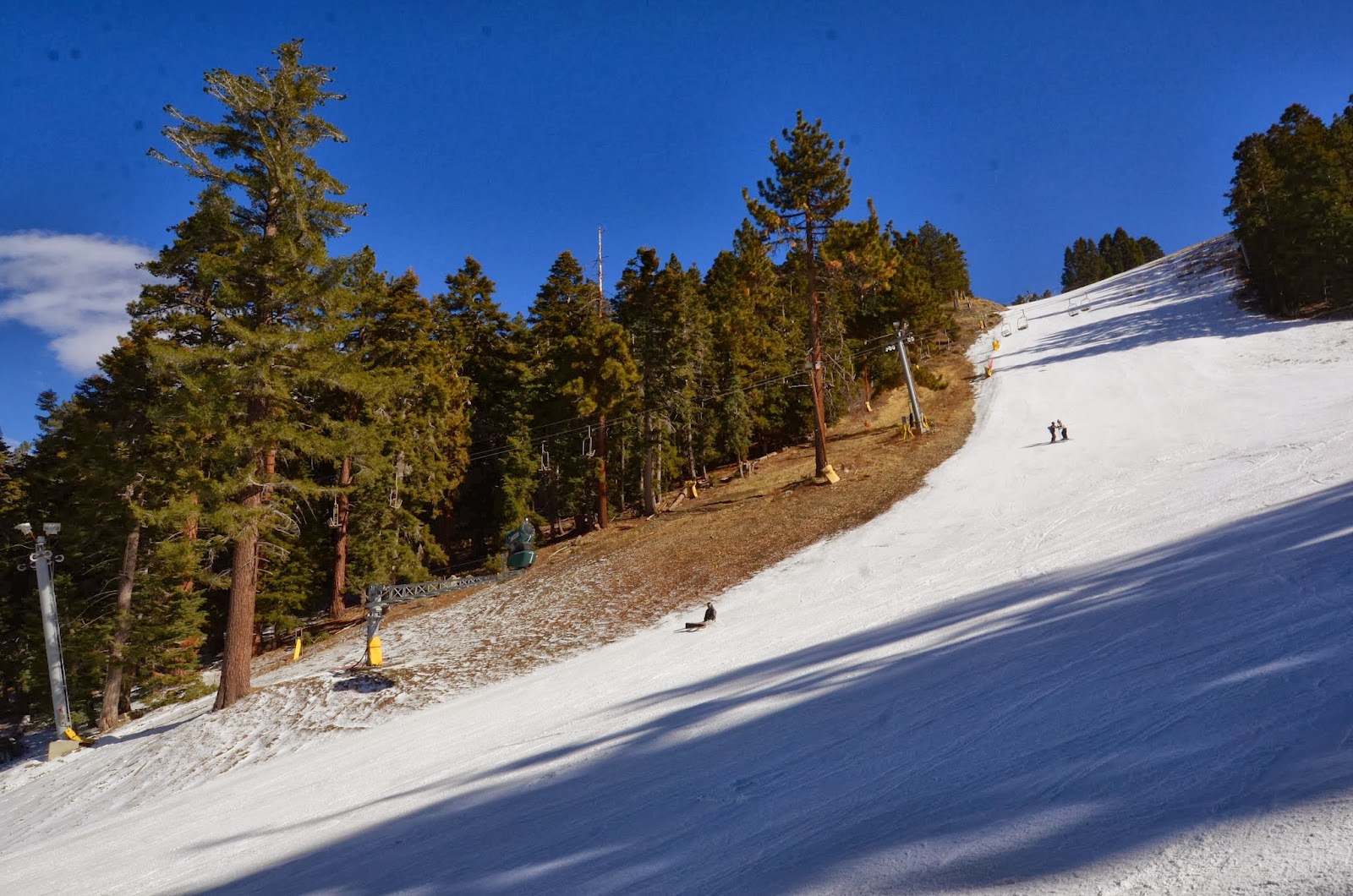 In North America, it is customary that there's a tree along one of the chair lifts that people throw underwear and necklaces onto. Mountain High has one, too: 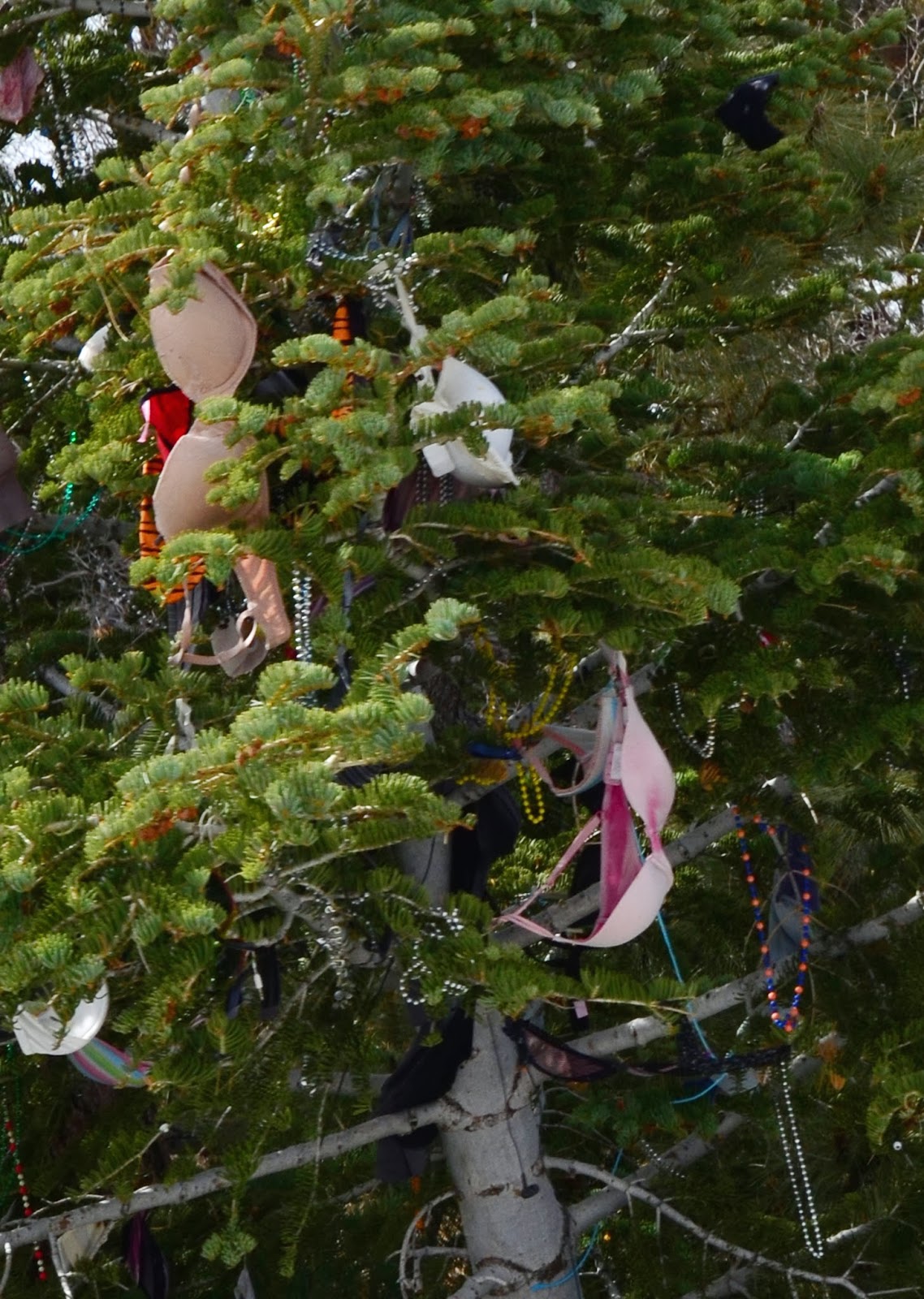 Here's an overall view of the west side of the ski area. There's also an east and north side, but they were closed: 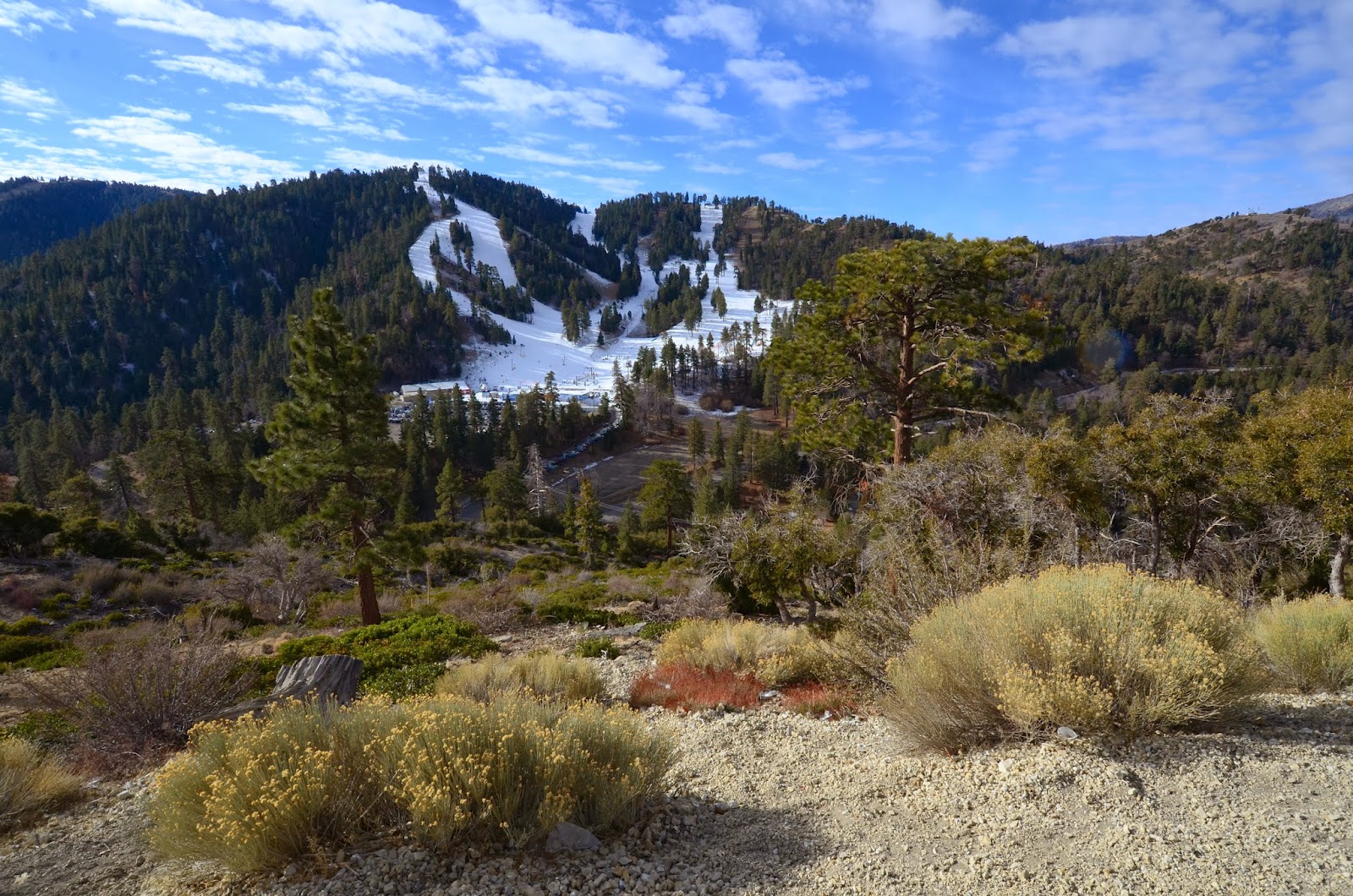 The area has only man-made snow, and the reservoir for the water is almost empty. Hoping there's some natural snowfall soon: 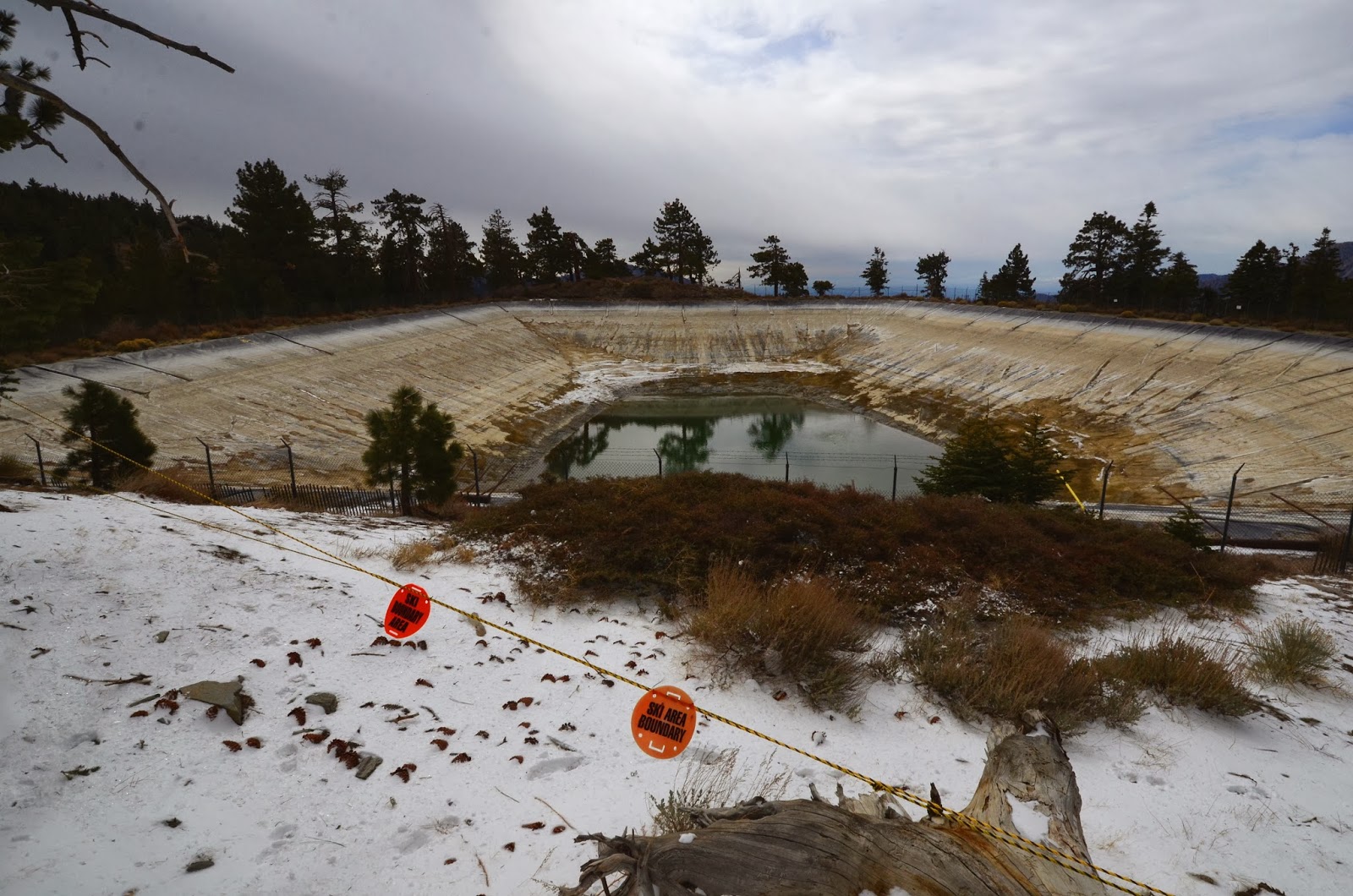 There are only two restaurants in the west side. There's the cafeteria at the main lodge at the bottom, and then there's Bullwheel Bar & Grill near the beginner's area. I liked the latter much better. The food is the same, but the views are better, there's a fireplace inside and outside, and there's less people. 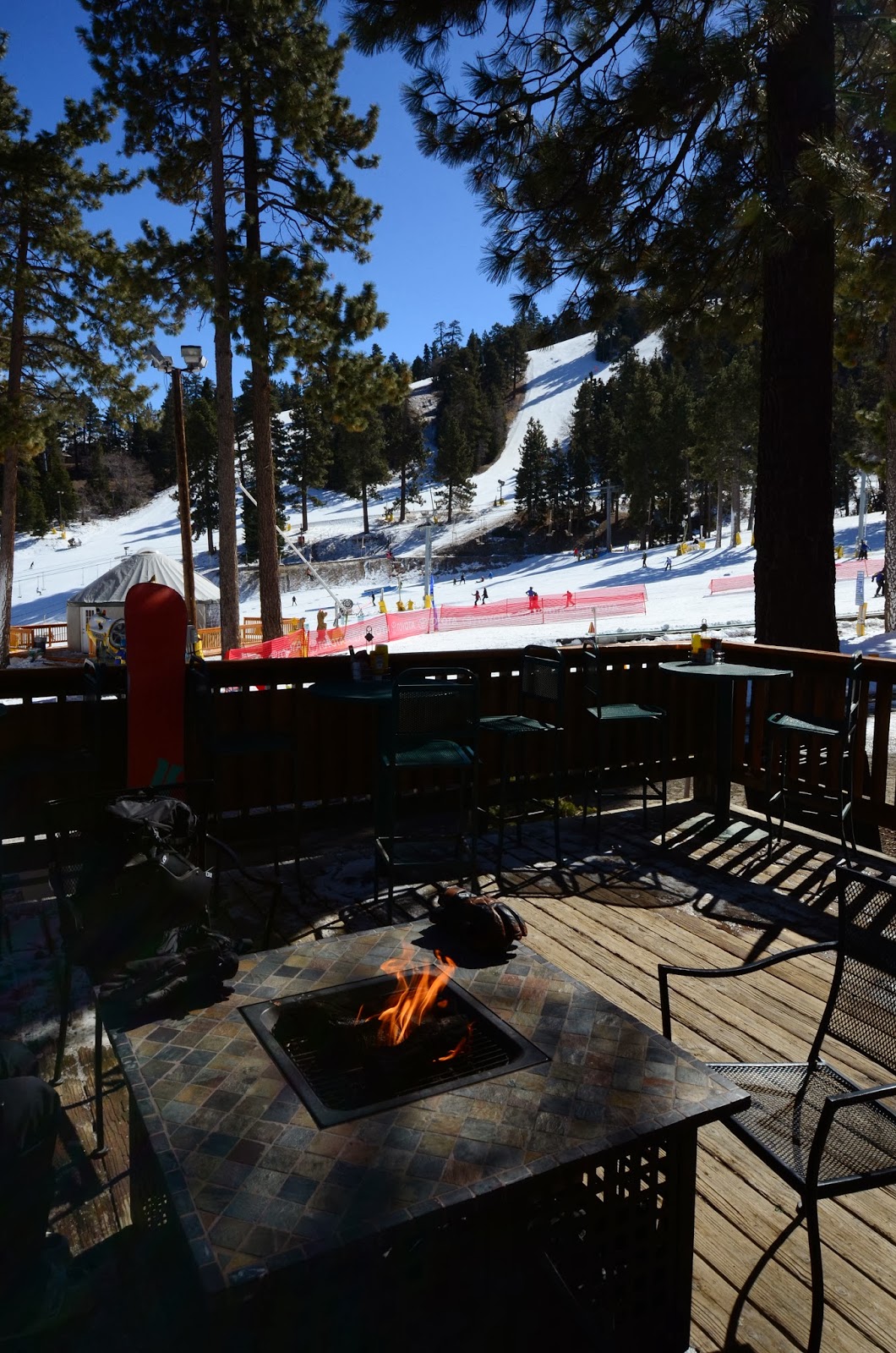 Mountain outhouse? Give me a break: 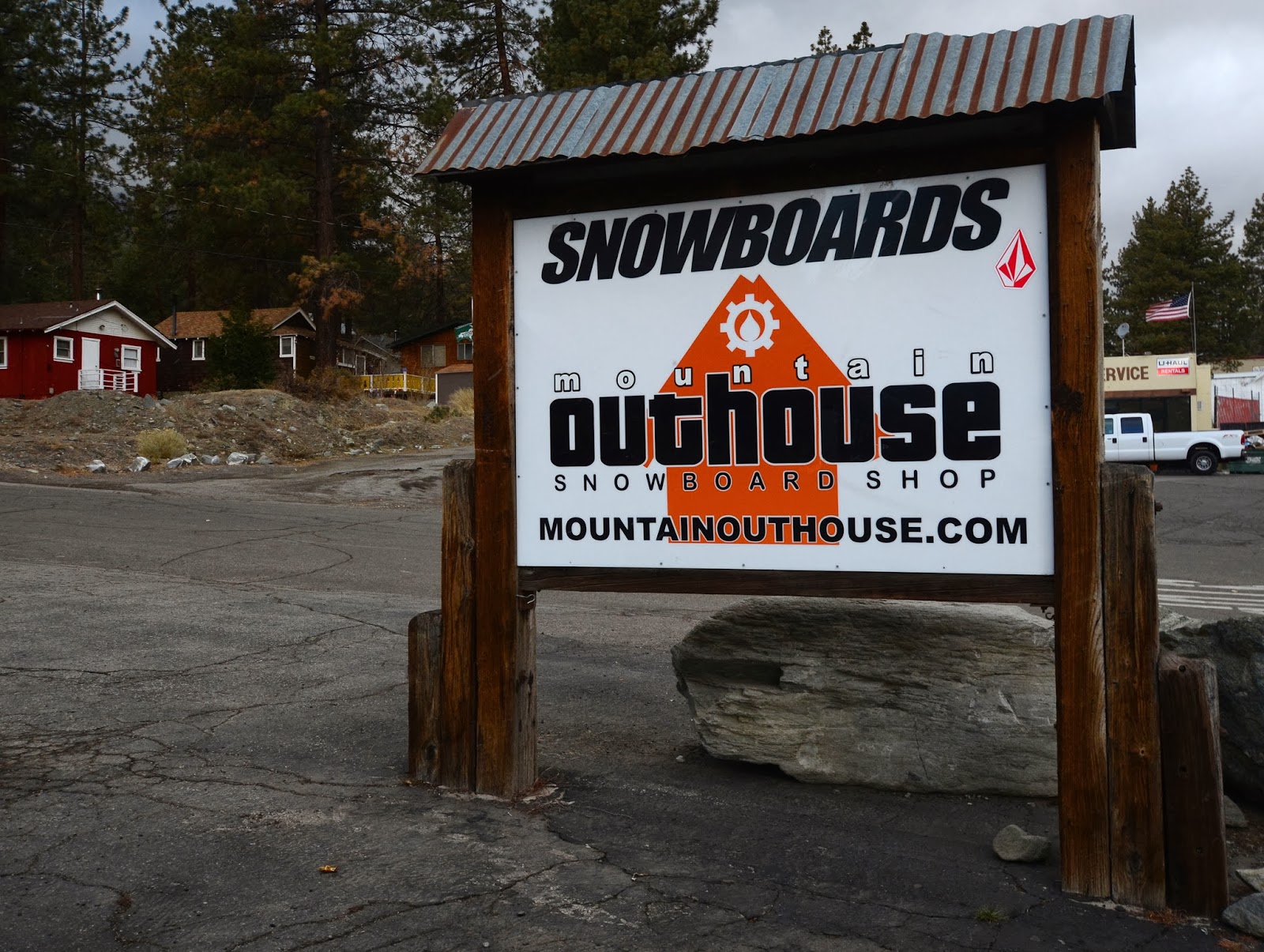