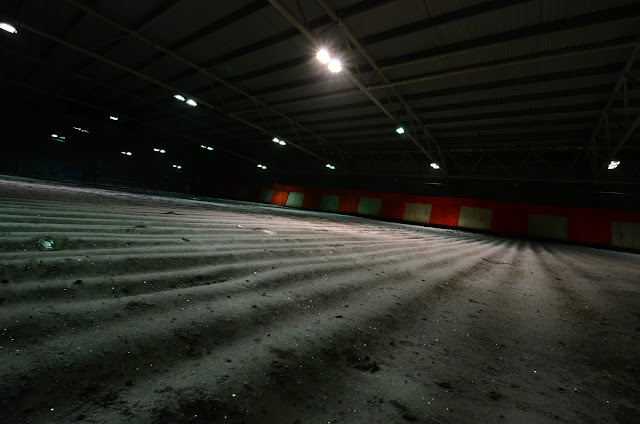 A few free hours appeared in my schedule, so I wanted to become a tourist. And do all the usual things tourists do here in Beijing. Like going to the sauna or skiing.

Beijing is big and congested. It felt like I had spent much of my week in a car, going from one meeting to another. And the same happened on my way to the ski area, as it took two hours one way. But it turned out that I was able to use the time: The previous night had been short. Traveling in Asia is tough, if you also need to spend the nights in phone conferences! The taxi ride gave me almost four hours of additional sleeping time. 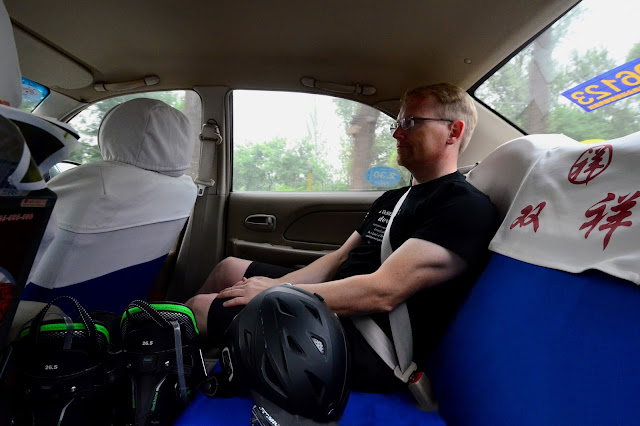 Surprisingly, my hotel had a sauna. Even more surprisingly, it was set up just right for the Finnish traveller. Eighty degrees and a big bowl of water to throw into the stove. Not bad! Of course, there was some silliness as well, like the sign on the door indicating that the sauna is not suitable for under sixteen years old. Oh well, this time I was not travelling with my family, so it was no problem. My hotel, the Doubletree, was a good choice for the Beijing traveller. It was not as expensive as the "proper" Hilton hotel, but in many ways it was at least as good. Recommended! 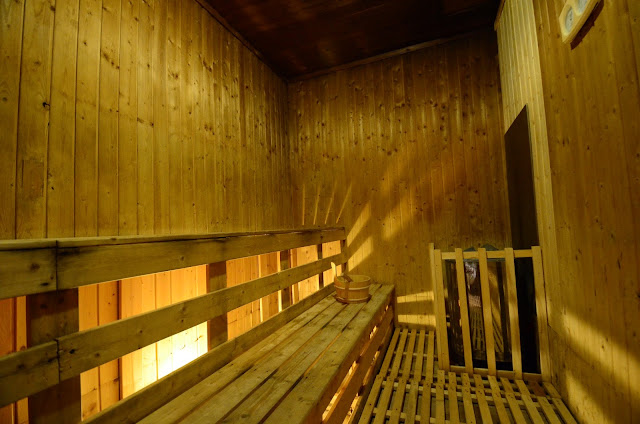 I had been skiing before in Beijing, so now I was going to the Qiaobo's indoor ski hall for the second time. (The report from my earlier visit is here.) Qiaobo is behind the airport, far away from the city centre. And it is on an area that the local taxi drivers may not be able to navigate to. The map I printed from the net was useful, and the phone number for the ski centre was even more useful.

You should not expect to find another taxi for the return trip, as the area is in the middle of nowhere. Fortunately, it is easy to convince the drivers to wait for you and get another long trip. When I had travelled two hours to the centre, skied for two hours, and made a return trip, my driver probably had done his day's work just on this trip.

Qiaobo has also a restaurant, meeting space and of course the rental shop. They also rent the clothes you need, naturally! Perhaps a little surprisingly, there were also ski equipment shops that seemed reasonably well stocked with gear.

Even if short, the main ski slope was fun to ski, and offered a faster lift than in the beginner side. The beginner lift is a magic carpet. I also climbed up the closed part of the slope on melting, dirty ice. The ski patrol did not seem to appreciate my climb, and came after me. Or maybe they just wanted to chat; we had no common language. I made signs to show I came to the top to take photographs, and skied down. The always polite Chinese didn't pursue the matter further. (And here's a Planetskier tip: if you need to break rules, it always a good idea to break them on the last run, just in case your ski pass gets pulled. But don't do anything stupid, or cause danger for anybody else.) 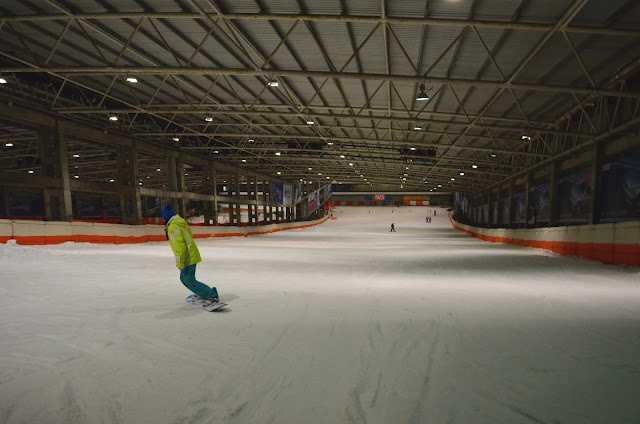 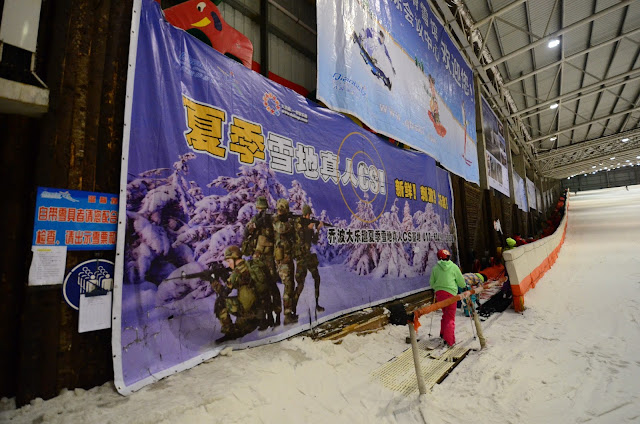 Since we were in Beijing, I had to eat duck for dinner. The poor duck we ate was serial number 168206. As a part of the meal, I got a "commemorative" card for the duck. I ate this dinner in the Quanjude restaurant near the Beijing science park. 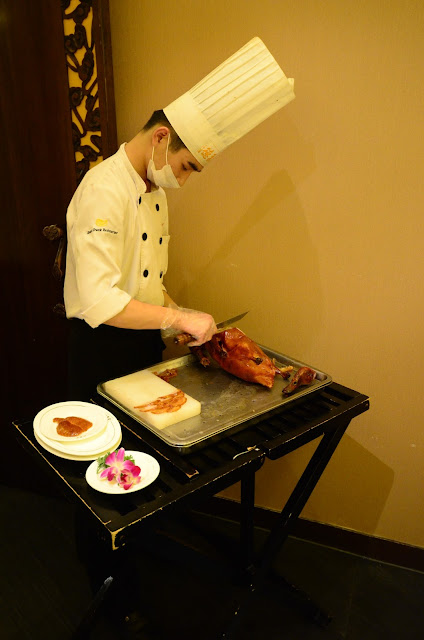 The best after-dinner bar scene and other nightlife for tourists can be found from the Hou Hai lake area. I spent the evening in the relaxed The Zone bar and later in the Mix, a wilder nightclub. 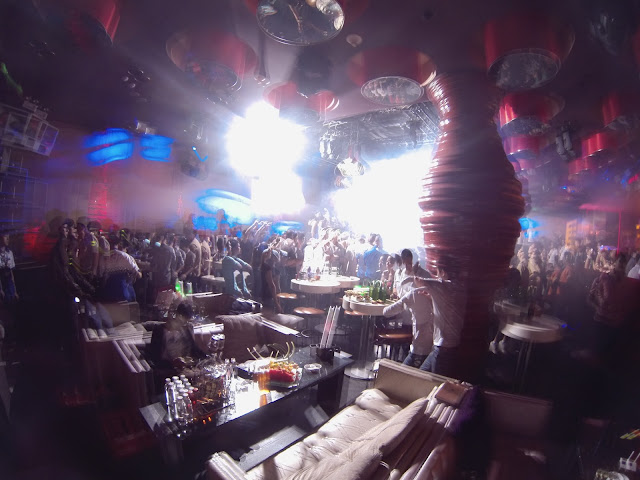 But I still think the best part of the evening entertainment was following the locals fishing on the Hou Hai. They used flashlights and fishing rods or spears in this nightly activity. It is, of course, illegal and completely unhealthy, and the lake is probably not very clean. But it looks great. 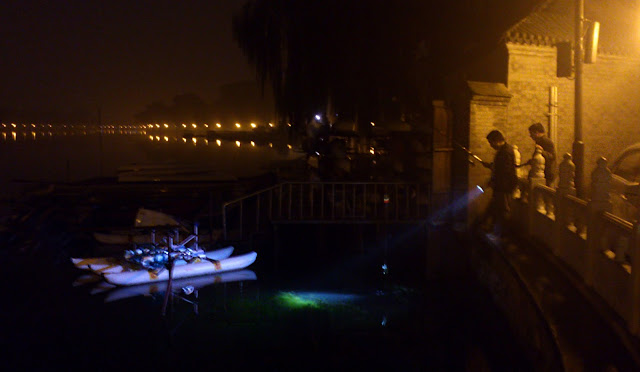