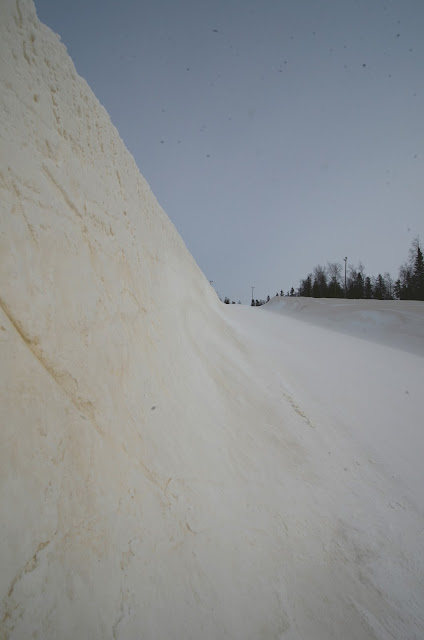 I always wanted to ski on yellow snow. Well, not really. But it always seemed that those fun half pipes were forbidden for skiers, so I was glad to find an empty half pipe in Tahko last Sunday. With no one to tell me that skiers were not welcome. Even if it was a yellow half pipe.

As I wrote in my previous blog post, I had been searching for a ski destination for a day trip. Unfortunately, nothing worked in my set of options. There were no skiable countries that I could get to, or I had already been there before. Ukraine looked very tempting with cheap flights, but that ten hour train trip to the ski area didn't quite fit with my day trip plan. And I really wanted to go to Kroatia, my friend Miljenko's home country. But the flights were too expensive, and the ski area was only open on Tuesdays. So I ended up going to Cuopio instead. There's plenty of skiing around Cuopio, Gasurila for instance. But the best skiing is definitely in Nilziä, at the Tahco ski area.

Or Tahko, as the locals call it. This ski area deserves more credit. It is within a driving distance from Helsinki, although for the day trip I chose to use an airplane. What is good about Tahko is that they have two chair lifts, whereas most of Finland's ski areas use anchor lifts. And they a fair number of good ski runs, not just one or two. There is only 200 meters of vertical, but by Finnish standards that is a lot.

And what runs! Almost all runs have sustained, decent steep skiing all the way to the bottom. The steepest run is called "Musta Pekka". Nothing to compare to the black runs in the alps, but still long and steep enough to be fun to ski. 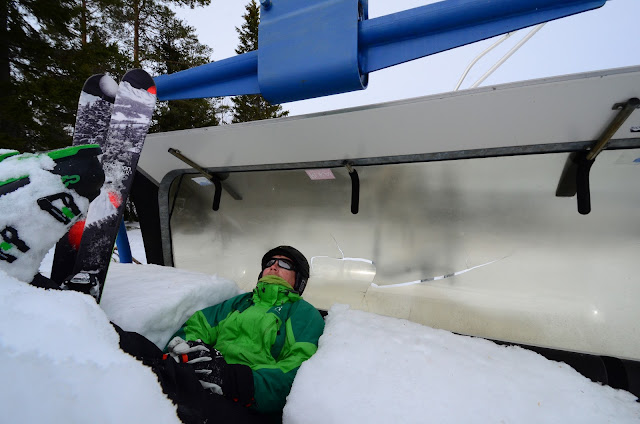 This is a cultural disaster. A couple years ago Tahko had great after-ski on the slopes at the Pehkubaari, a small log buiding at the top of the hill. Since then, it has been all downhill, and not in a good way. There is no longer dancing on the tables in afternoon. Instead, there are table cloths and fine dining. Yuck. 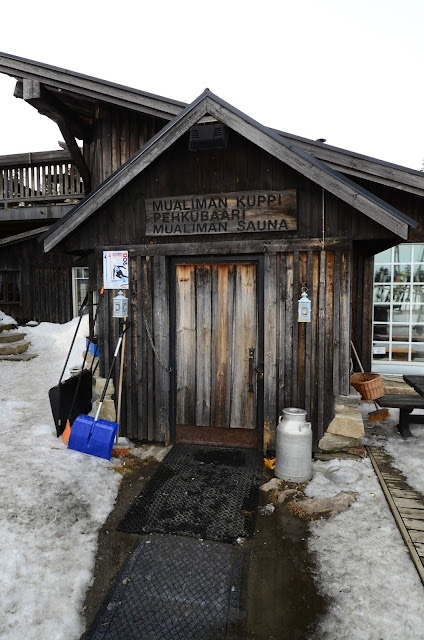 There was, however, a sauna at the top of the ski hill, behind Pehku. I wish I had the time to do that. But not on this trip. 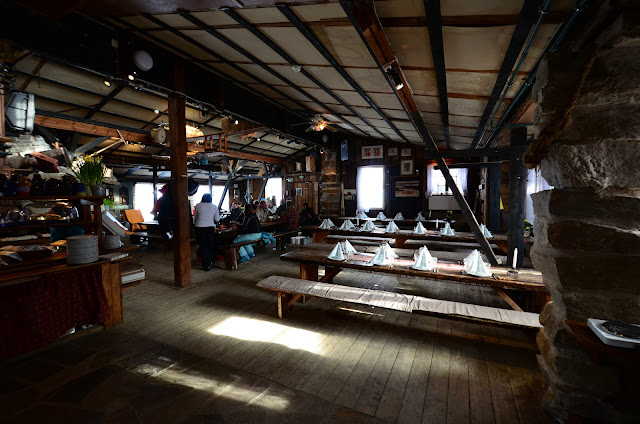 One interesting fact about Tahko is that parking is on lake ice. Kind of a natural guarantee that you'll come get your car before the spring arrives? 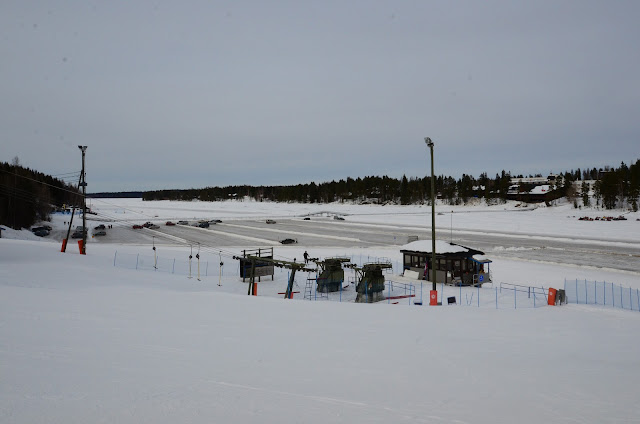 If you fly on Finnair, I can recommend the Tower Lounge at the Helsinki airport. It is usually less crowded than the Finnair lounge (both are next to each other above gate 24). But Tower Lounge has porridge for breakfast. And nicer chairs, including this corner sofa that is often free: 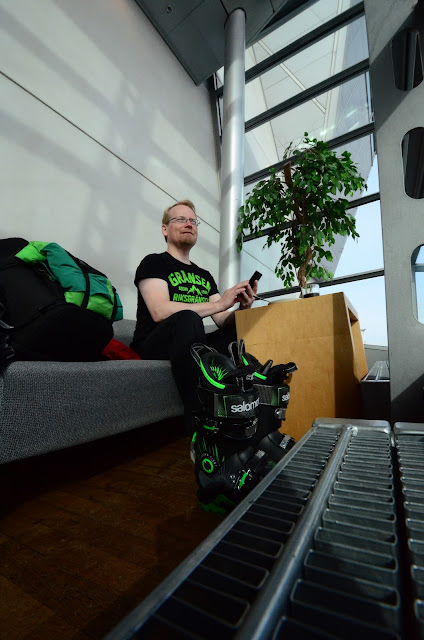 For some weird reason, at home I got a complaint that I'm not taking enough part in chores such as cleaning. In order to rectify this unfortunate situation, I promptly proceeded to clean up the most important room, the ski storage room. It has usually not been in a state that can be photographed, so the below photo is a rare shot of the room. Incidentally, when we built our house there was no plan for this room. But our sauna was getting too big for reasonable sized heaters, so we reduced its size by building a new wall. The end result was a narrow corridor that now holds the skis. 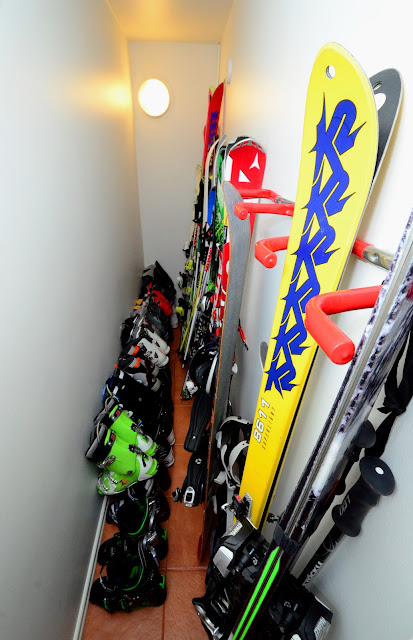