Nobody Expects the Spanish Off-piste 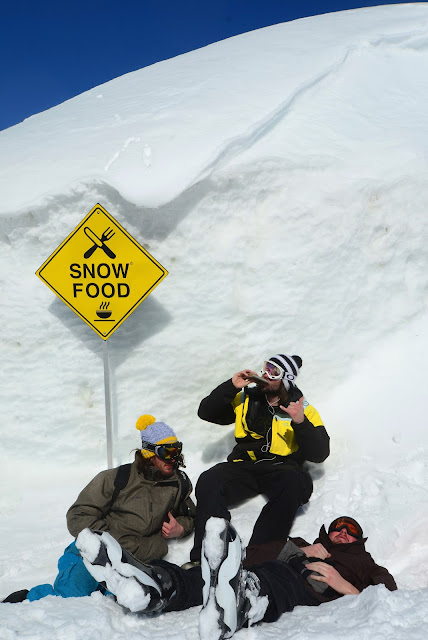 Who would have thought there is incredible off-piste skiing in Spain? Let alone at La Molina, a beginner's ski area that we thought we had already scouted last year. It turns that that the second lift takes you to some interesting terrain. Including some hairy routes where falling is not a good idea.

This is a report from my mostly failed trip to Andorra and Spain two weeks ago. I did eventually get to some good skiing, but I almost bailed out from going, even if I had already paid for the tickets. First, my friend Zach had to bail out form the trip. Then I got a new job and was very busy preparing for a big meeting. But I ended up going on the trip anyway, even if I spent two days inside my hotel, working. I did get another two days of skiing in the weekend. And it turned out great.

Last year, La Molina looked so lame. But we only had an hour on the slopes, and ended up selecting the closest lift. It turned out that the second lift, TCB Alp 2500, has far more interesting terrain. Some of the areas are closed due to avalanche danger and cliffs, so please be careful if you go here.

Last year I visited Andorra but had no time to write blog entries about the actual skiing (I did write one about after ski, however). This time I visited the Vallnord and Grandvalira ski areas. Both are excellent areas, with Grandvalira being the largest ski center in this small country. I did not have a lot of time on my hands, or a partner for those off-piste excursions, but I did manage to ski many steep runs next to the slopes. There are plenty of interesting terrain here as well! I liked the steep black runs above the village of Soldeu, and the cliffs under the TSF4 Assaladors chair.

In the Grau Roig part of Grandvalira there is a "Snow Food" area and an igloo village. You can stay here overnight, in igloos decorated in interesting ways.


In the top station of TC 8 Soldeau, there was also a test track where you could see how well you can drive 4WD vehicles on steep snow.

When coming back from my trip, my avalanche airbag caused trouble at the Barcelona airport. The security check personnel claimed that Spain does not respect the ICAO guidelines that allow transport of these backpacks in aircraft. I almost ended up losing my back and missing my flight because of this. In the end, Air Berlin came to rescue by putting the gas container bottle into luggage. With five minutes to last call, I bought a souvenier backpack, put the container inside, and left it to the check-in counter. I run through security and the airport, made it to my flight, and the airline delivered all three pieces of luggage intact in Helsinki.

This is great. But beware of the Spanish Inquisition at BCN!

Posted by jariarkko at 8:57 PM