I stare at my flight tickets. If my flights are on Saturday, why does it say Friday on the tickets?

As a week of marathon meetings is now over, I was looking forward to some relaxation. This was supposed to be a two helmet trip where I could do both some skiing and biking. With very few exceptions, all my business trips are at least one helmet trips; if all else fails, in most places you can at least rent a bike for an evening tour around the city. Actually, for health reasons I need at least that amount of exercise every couple of days. In exceptional places and with trips lasting through weekends, I may be able to get a three helmet trip by going biking, skiing, and climbing. 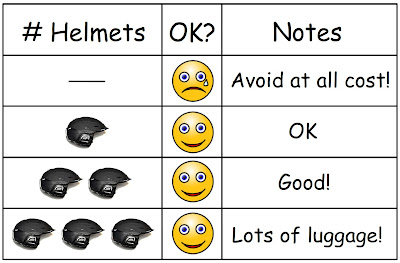 But now I may have a dreaded zero helmet trip, as my flight is taking off in just three and half hours. I decide to
try to squeeze the skiing in anyway, even at the risk of possibly missing my flight. I throw everything into my suitcase, pay my hotel bill and grab a taxi from the street.

I am about to ski in the Snow Planet, an indoor ski hall a few kilometers outside the city of Haarlem, Holland. Not Harlem, New York.

The Dutch and the Japanese are world leading builders of indoor ski halls. One of the Dutch halls, Snow World in Landgraaf, is the third biggest in the world. Snow Planet is not big, but its what I am trying to ski today.

But first I have to get there. It takes a while to explain to the driver where I am going, and what is this concept of "skiing". And the Amsterdam city traffic is painfully slow. After a 40 minute drive we are finally there.

The entire facility seems modern and well equipped. There are three ski lifts, two exceptionally fast button lifts for indoors, and one moving
carpet. The main slope is short. It is also not very steep, but unlike many other indoor ski runs, I find that its still steep enough to make actual turns. In addition to the main slope there is a short and almost level beginner's area.

A big part of the main slope is dedicated to jumps and rails. It is almost hard to find a passage through the slope without going through them. While I was there, much of the rest of the area was consumed by a kids training race track.

At the top of the slope you can climb a few steps on top of a platform that drops a meter or two almost vertically at the beginning. Nice touch.

There is also a sports equipment shop and a rental facility. But if you accidentally forgot to pack ski clothing for your Netherlands trip, you are out of luck. They do not rent clothing.

I stayed at the ski area for half an hour (including changing gear), and the ride back took 20 minutes, making us spend just 90 minutes on the entire excursion. I made it to my flight, too.