Monsters in the Duhlata Cave 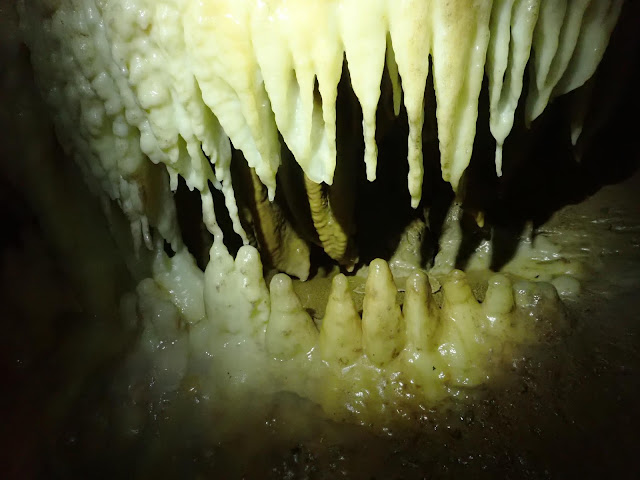 If you go deep into a cave, you may encounter monsters! Or at least, white stalactite dental work :-)

The monsters may attack unsuspecting cavers: 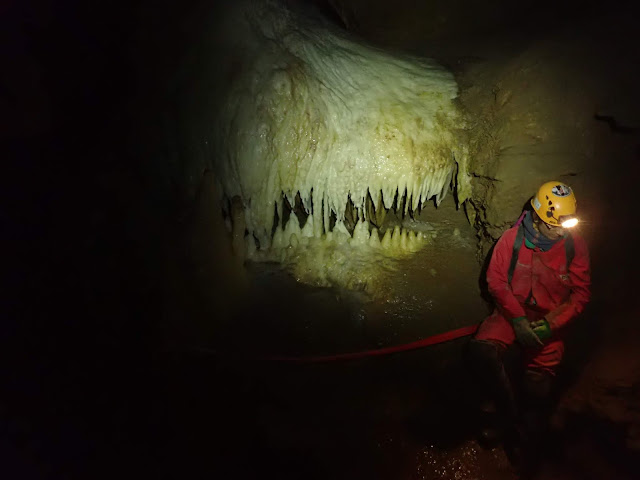 We also saw what appeared to be someone who apparently misbehaved in some manner and got turned into a salt column: 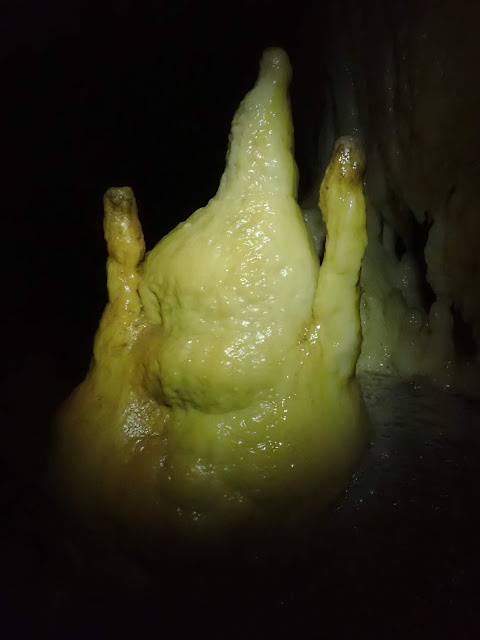 The Duhlata cave lies under the Vitosha mountain near Sofia, Bulgaria. It is the longest cave in Bulgaria, with continued exploration activities reaching up to 26 km. I joined a tour in this interesting cave as part of the Eurospeleo 2019 activities.

This cave was the site of a famous Bulgarian cave rescue in 2010, when 7 people got stranded in the cave due to rising flood water. They were eventually rescued, but the situation also lead to the closing of the cave. To enter through the locked gates everyone must now acquire a permission from the city's mayor.

Our tour was quite varied. Entering the cave brought about the most challenging squeeze of the trip on the first few meters. Then we continued through various descents (nervously not belayed) until we reached one of the six rivers crossing through it at the level -64 meters. Following the river on a narrow but high passage you can reach the monster room with the white stalactites, but there are varied cave forms throughout the cave: 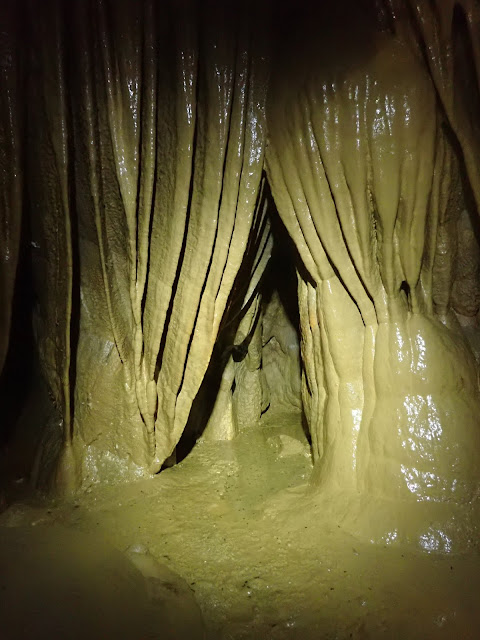 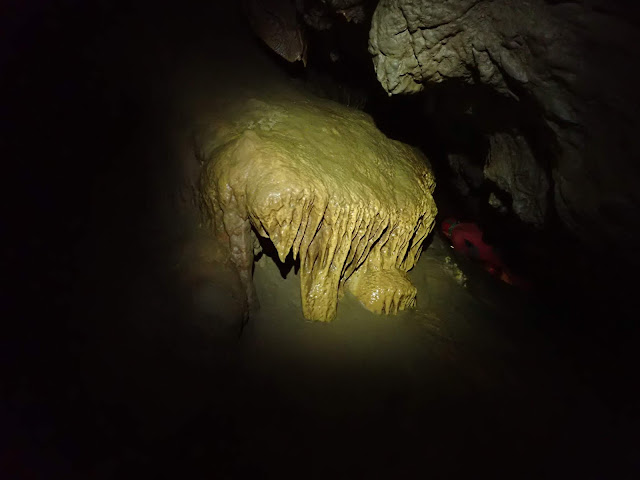 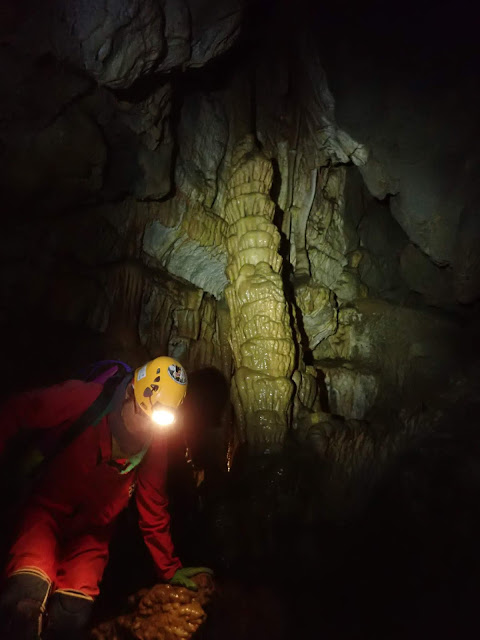 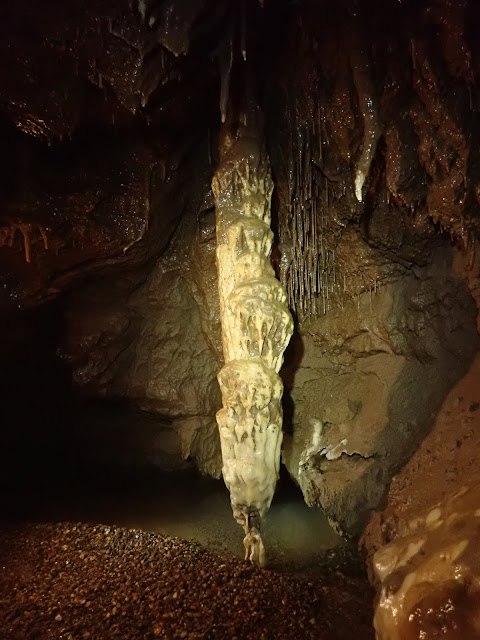 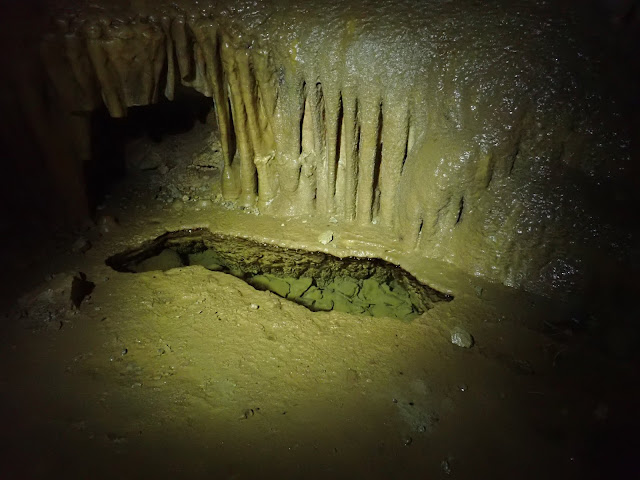 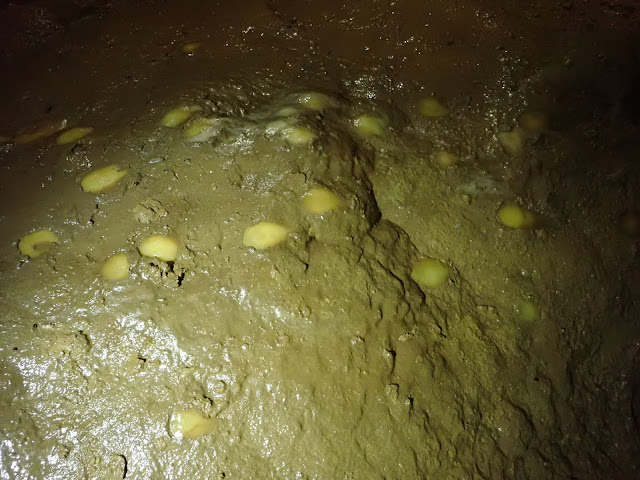 I personally found the unroped climbing sections and the few constrictions most difficult on the trip. Here are some pictures of the narrow or low passages: 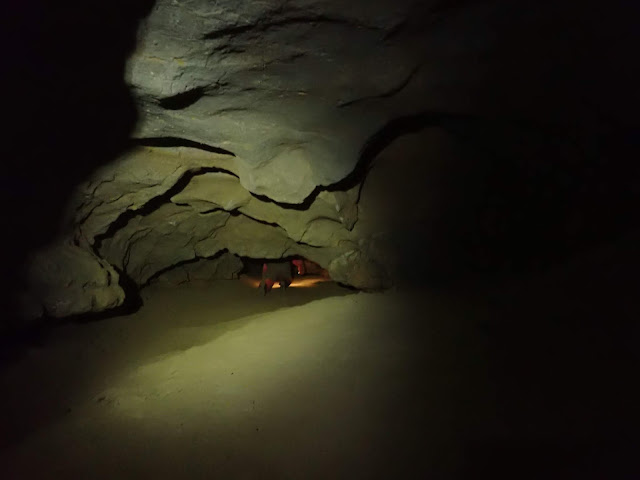 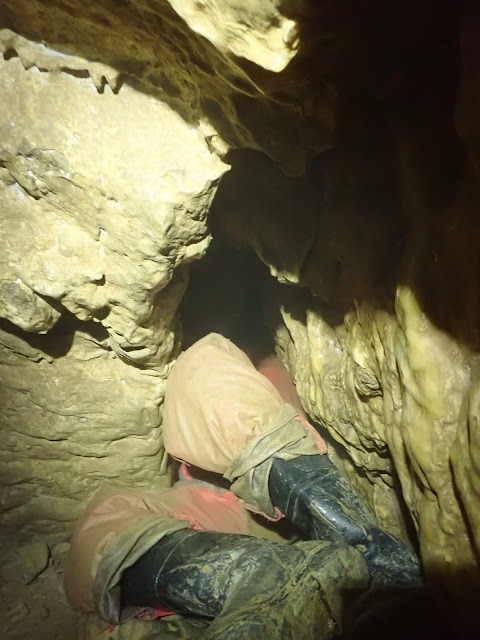 But it was a wonderful tour overall, and a great group. Very nice to have met more cavers from around Europe. Here are some pictures of the team having breaks, helping each other in the climbing sections, etc: 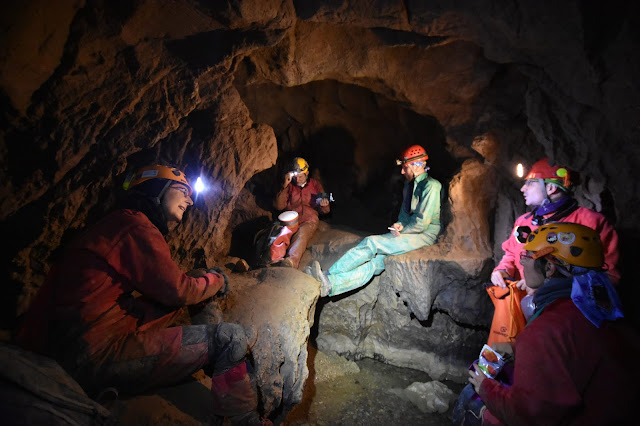 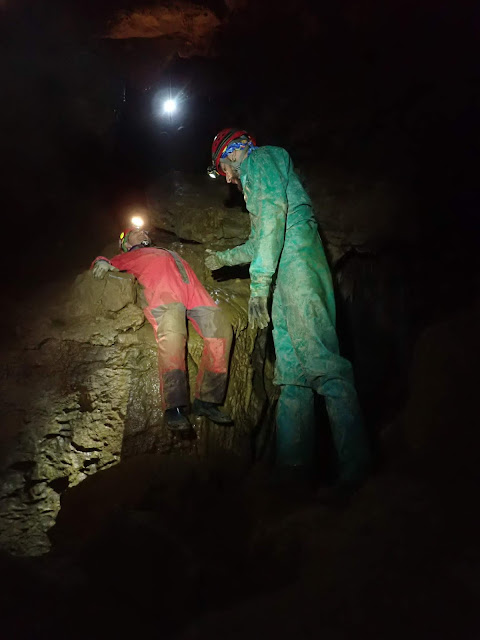 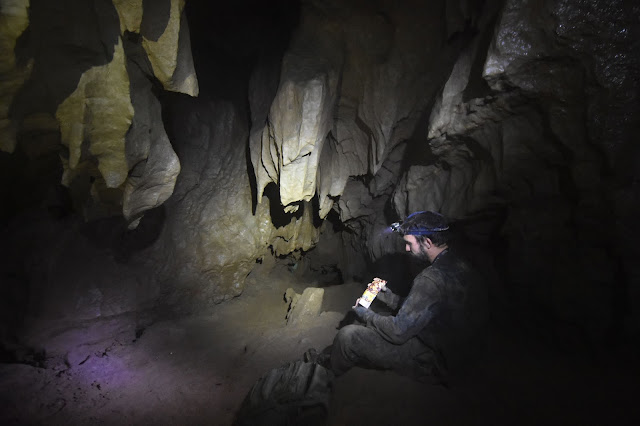 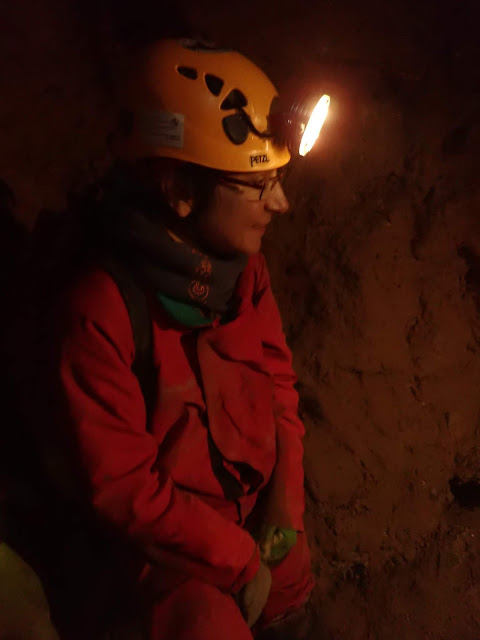 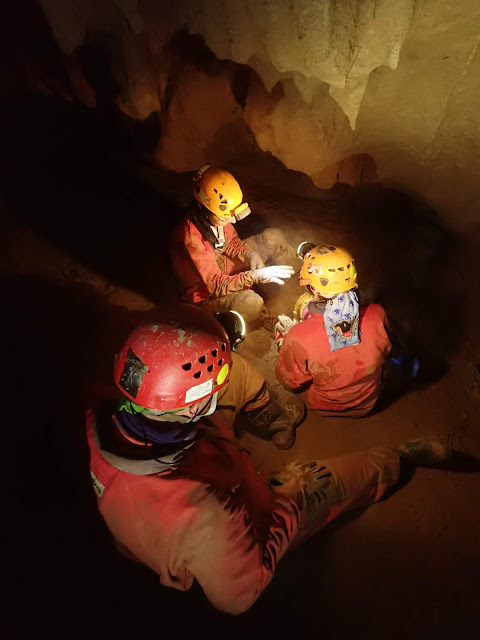 At the end of the day, I felt like I deserved a glass of wine, so I went for the "Speleobar". Fortunately, I was able to find seating quickly. (This was like 1min after opening, later it filled more...) 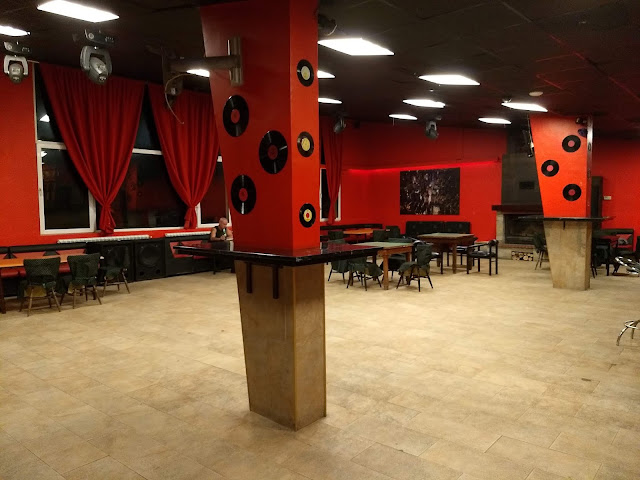 This article has also appeared in TGR. Tämä artikkeli löytyy myös suomeksi Relaasta. See all the caving and urban exploration stories at planetcaver.net and theurbanexplorer.net, or take a look all the stores at Blogspot and TGR! Photos and text (c) 2019 by Jari Arkko. All rights reserved.

Posted by jariarkko at 3:15 AM