Slow start to the season: Hahnenkamm 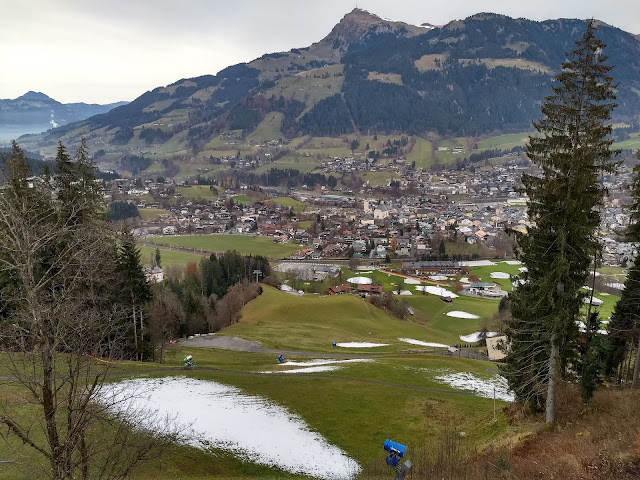 The season's first run on the Streif, the famous downhill run from the Hahnenkamm. Why first? Because it was partly on grass... 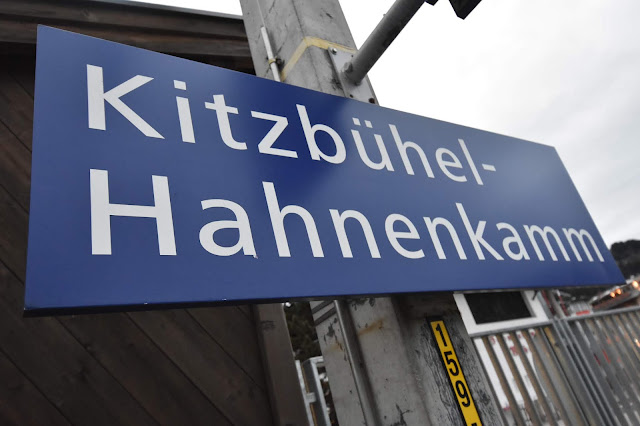 I was at in Kitzbühel for the opening weekend, and while there wasn't too many slopes open, they did make an effort, e.g., by having a wagon to transport us between the different open parts of the lift system. I stayed at the Cordial Golf & Wellness Hotel Kitzbühel, which turned out to have nice saunas and pools. Even in the middle of my hotel room living room...

But, the interesting bit was perhaps Der Streif, the famous Hahnenkamm downhill race track. I obviously skied it... despite it being closed and only maybe 40% covered by snow. The rest was skiable on grass, though. (And I'm sure the boys in Skiservice will fix my skis after this.) 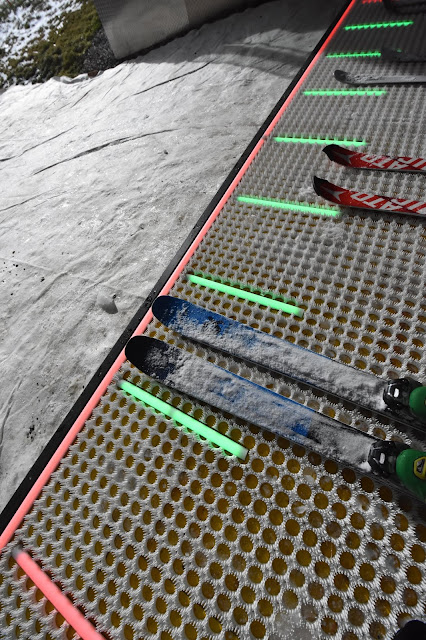 I had not been to Kitzbühel before. They have the greatest ski lifts that I've seen, by the way. Super high tech and efficient. Eight seater chairlifts, detachable, with seats like in racing cars, and with amazing guide lights to direct where you should stand while the chair comes up behind you. Cool. Also, did I mention the chairs have protective bubbles. And heating! OMG 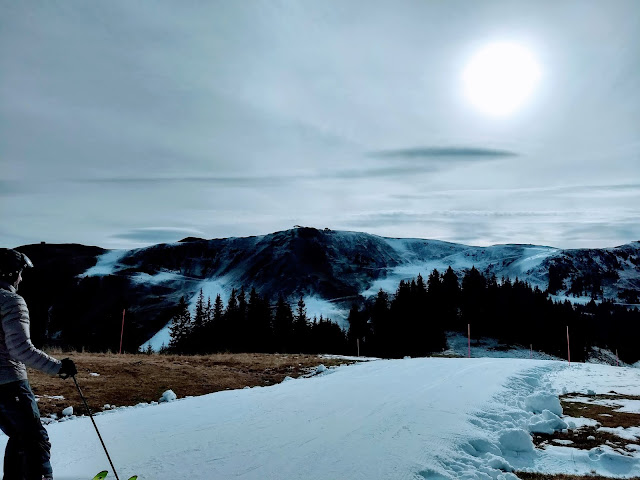 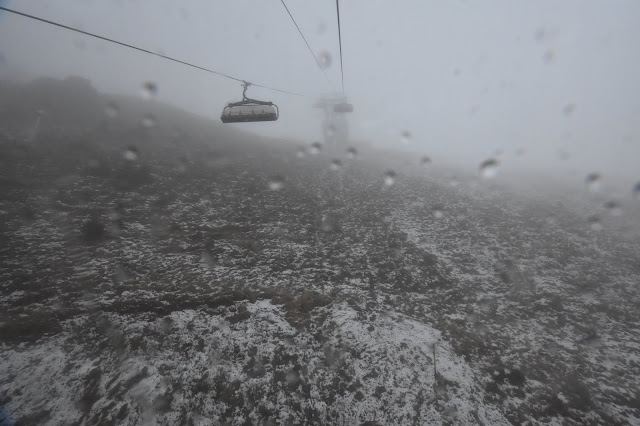 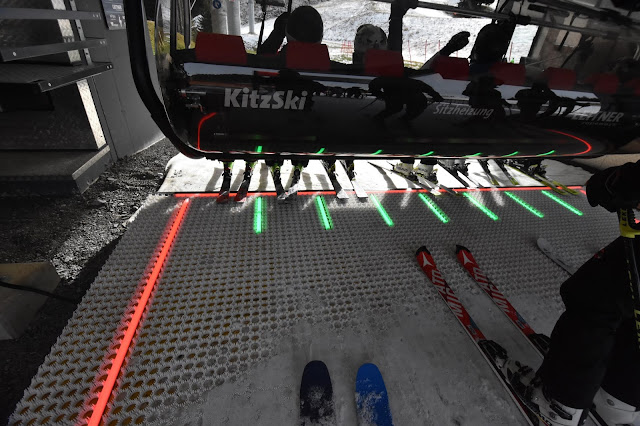 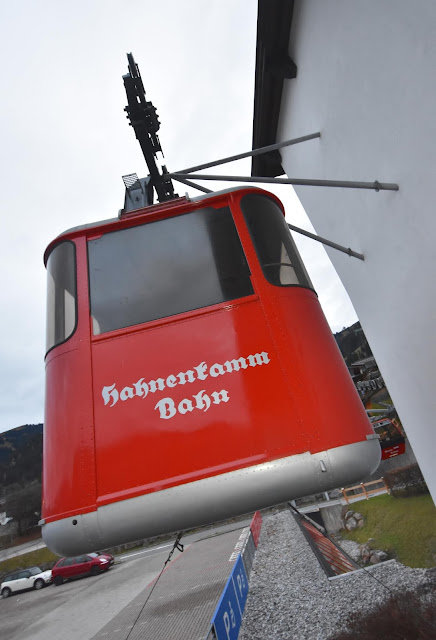 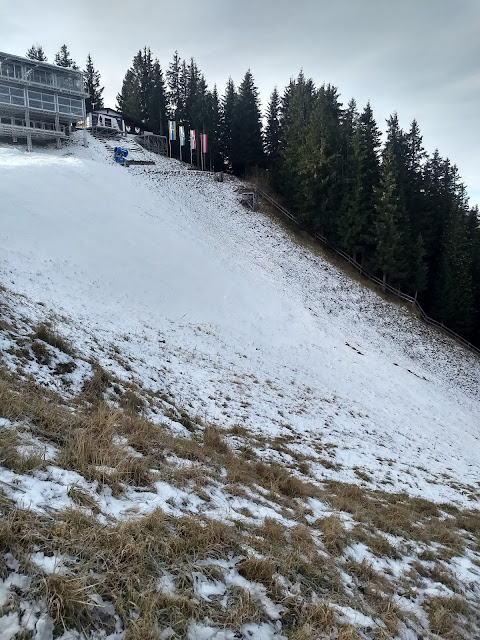 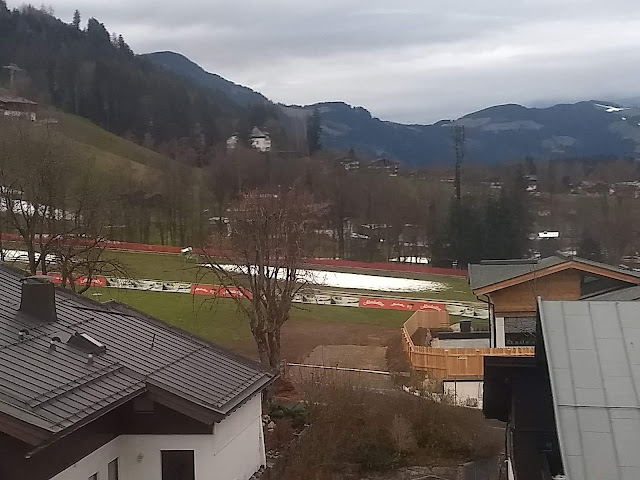 It was the opening day! 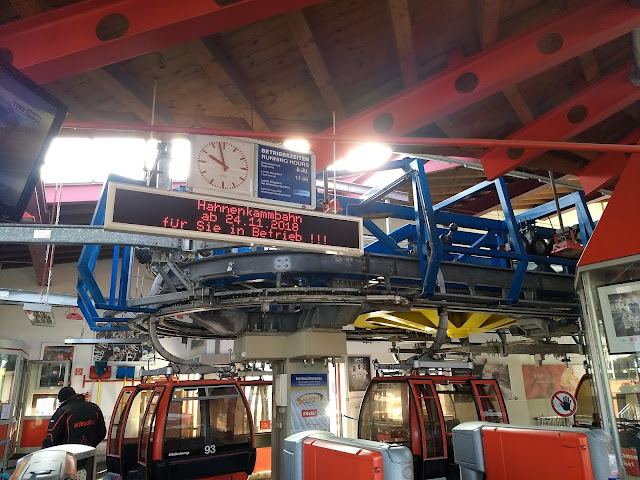 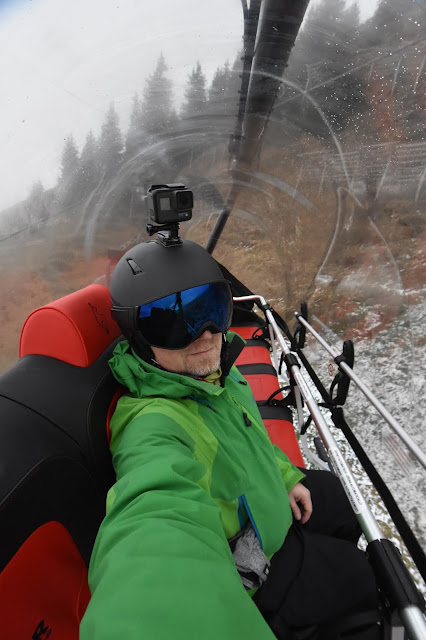