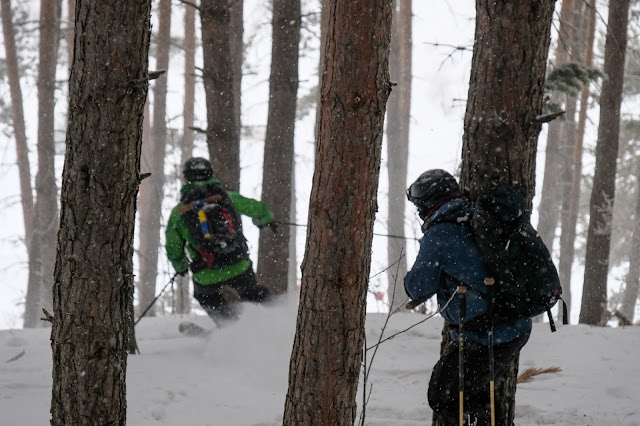 Back in the Soviet times, pioneer camps were known to be a place for kids to have summer camps, as well as a forum for pushing socialism ideals. But can you find powder at a winter pioneer camp? Apparently you can, as long as you are ready to ride the death trap lifts. And pay your lift rides with vodka.

Seriously though, the camp experience was quite good. Kind of like your local ski hill, except smaller, and with weird lifts. And you won't find big crowds or immediately tracked powder. It is fresh, small, and full of forests. And the skiing costs nothing, a few euros for a group of people to go skiing. If you want to go further, sometimes you can pay the nearby private lift operator in vodka bottles to let you use their lift as well.

But why are we doing this, where are we, and why on earth would we look for pioneer camps? Tero, Jarmo, and I were skiing in Kazakhstan, when all of a sudden the big, touristy ski area announced they are closing. Apparently, the Russian prime minister Medvedev was coming in for a visit, and he wanted to go skiing. So the area closed due to "avalanche control work". More communism experiences there :-)

Oh well. Jarmo had dug out information about local ski hills, and he knew there were a couple of other small ones near Almaty. We had also hooked up with Viktor, a local skier who had guided us to good spots beyond the slopes. He kindly offered to come along to help us find these places. And without him, we could not have even begun negotiations with our driver, let alone demanded the off-road car that we ended up needing or know where to go.

So we headed to Pioneer and Elik-Sai, both south of Almaty and near each other. And we found pow, trees, local culture, and different skiing. All we wanted!

The only downsides to these small places are access and the lifts. First off, getting to the sites is tricky. We had an off-road truck, but even it had trouble getting to the places these ski areas were at, given the snowy road conditions. Steep hills to climb up, we didn't at first manage get up on the roads. And coming down, there were some scary slides and I was worried we'd end up in a ravine somewhere. But we made it through.

But then the lifts. At Pioneer, the lift is actually quite good, a regular anchor lift. But at the top there were some additional, private-use lifts. Had their operators been there on the day, we would have had to dug up some vodka somewhere to pay for our way. Unfortunately, there were not there on a weekday...

Of course, we climbed some ways to experience the foot or two powder that was covering the mountains and forests. It was very nice!

However, at Elik-Sai, it was a different setup. The lifts were basically cable loops running around car tires. And there was no anchors use or handles to hold on to. Just wire.

There's also a longer video by Jarmo. The link is here.

For 4€ for our team we got to ski here for half a day, and we hooks that we had to carry in our back (or around our necks Tero has below): 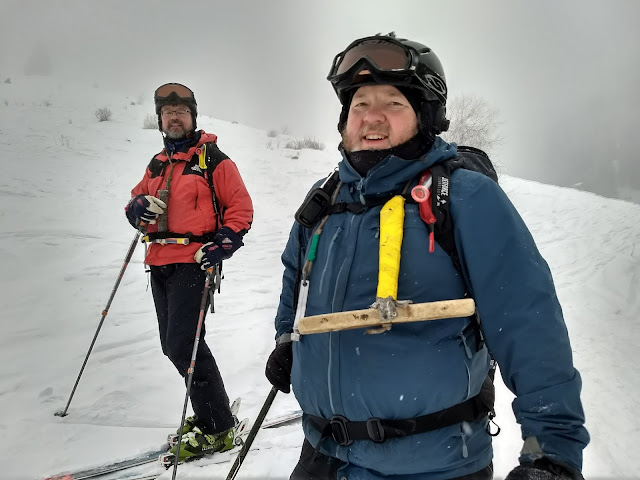 These hooks were attached to a cord and a metallic small hook, see below. This hook we had to slash onto the lift's cable at the right moment, and then twist, so that it would not slide. And off we went. Even the owner, who proudly demonstrated the ski hill, fell down on the first attempt.  Scary as hell. 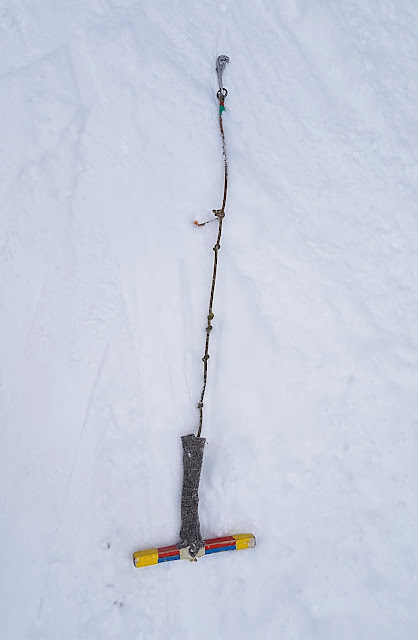 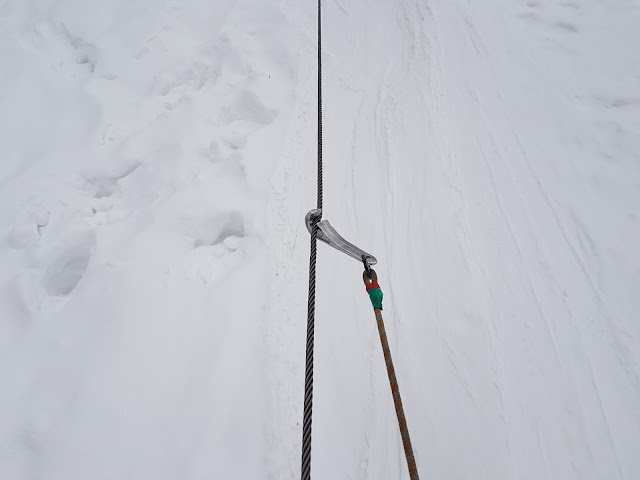 It was also interesting how some of these places are marketed. The sign for Elik-Sai promised bikini skiers and sunshine... reality was quite different: 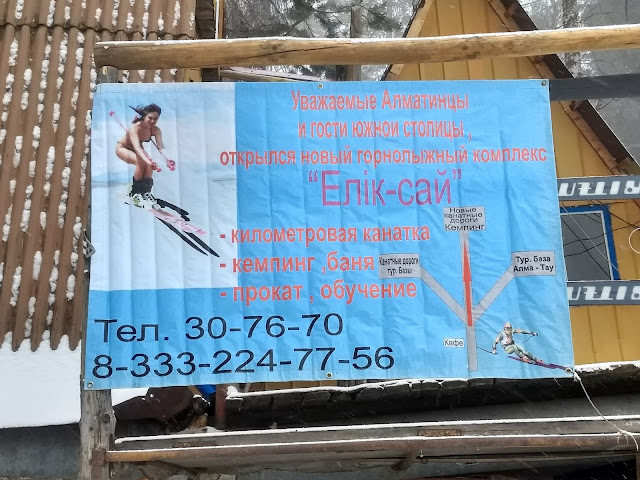 Here are some more pictures from Pioneer: 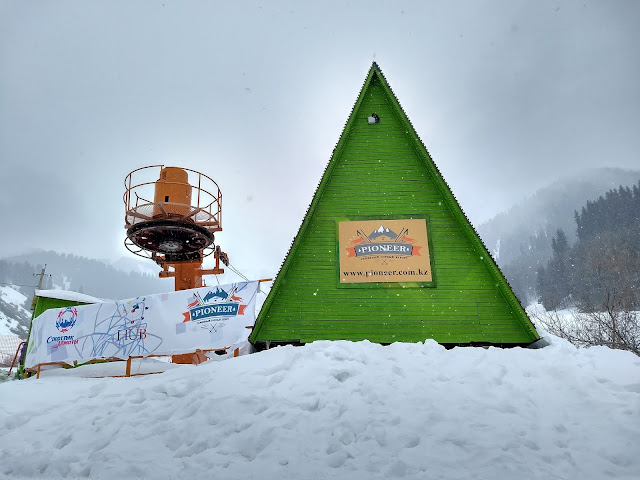 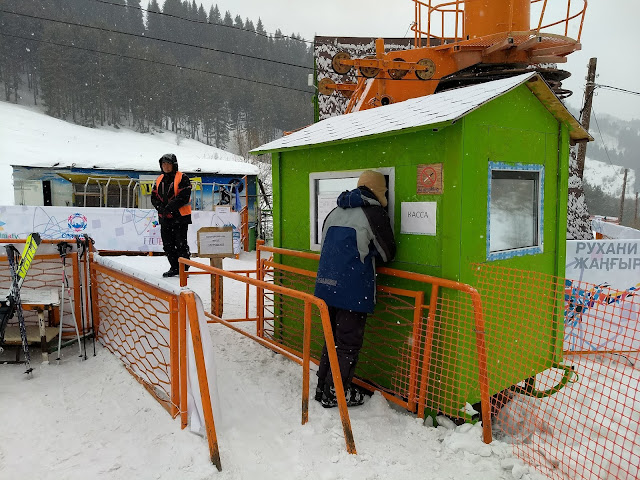 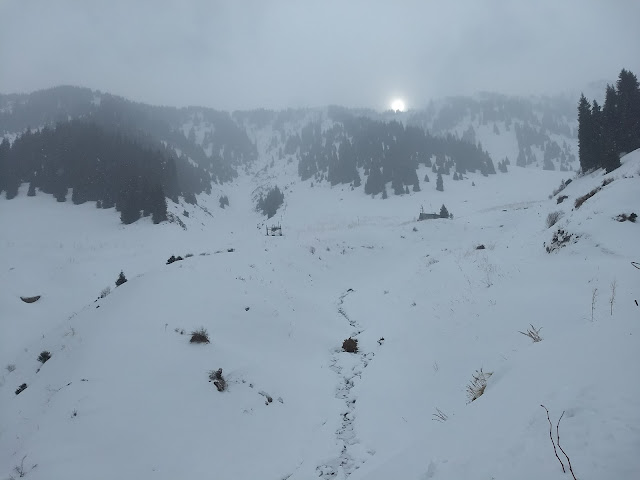 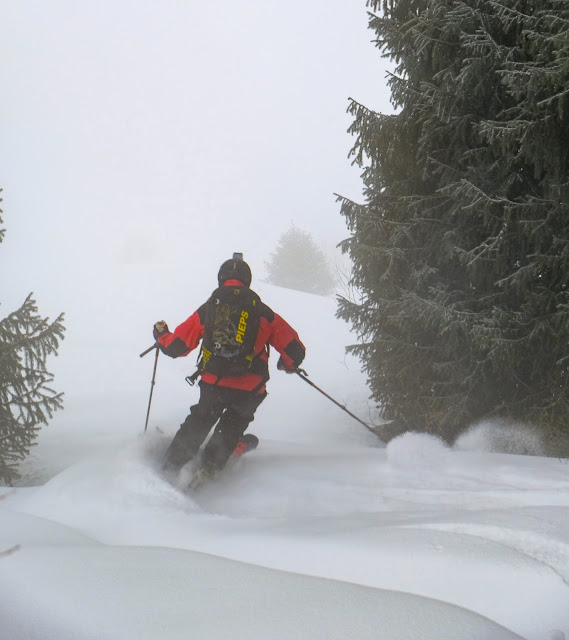 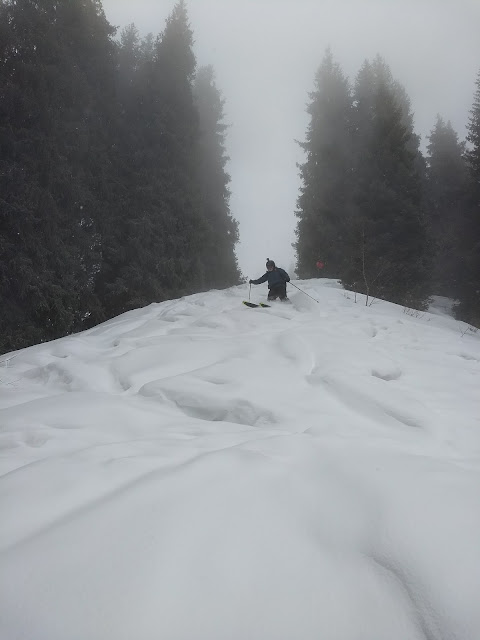 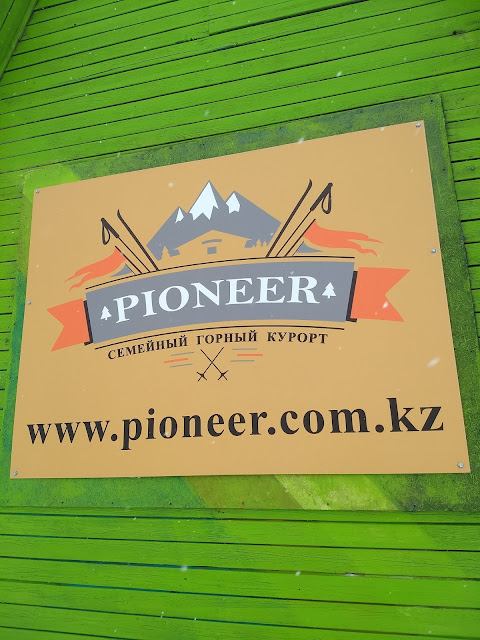 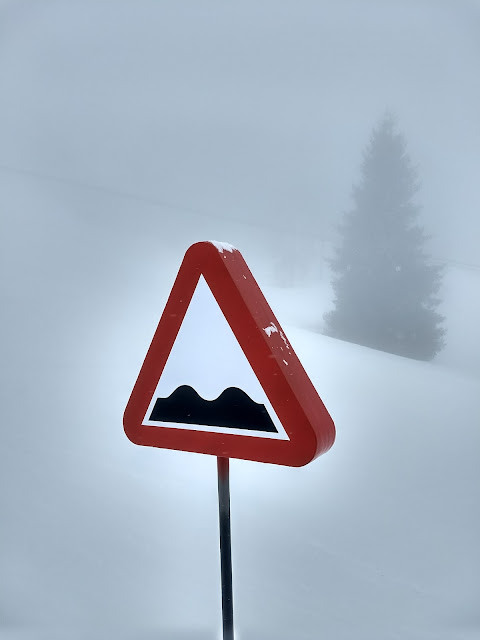 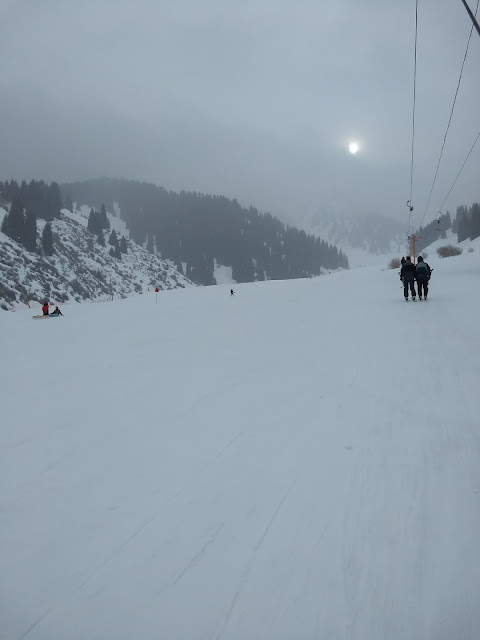 And here are more pictures from Elik-Sai: 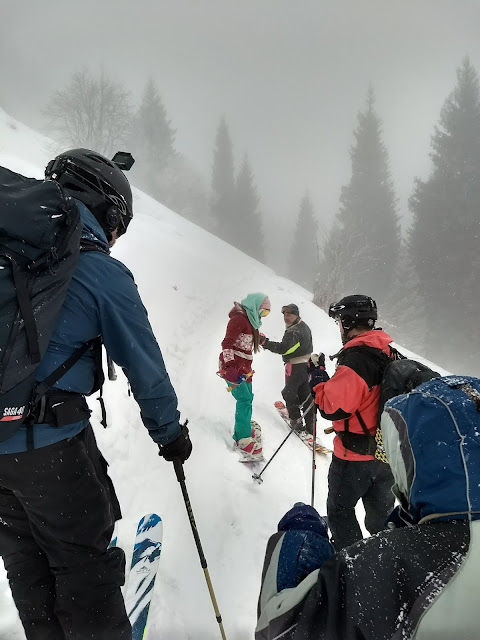 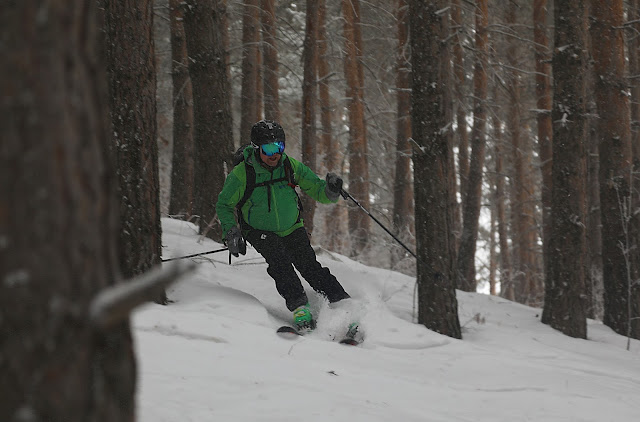 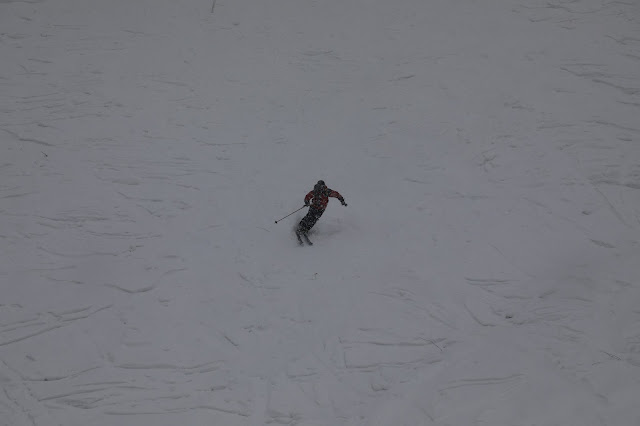 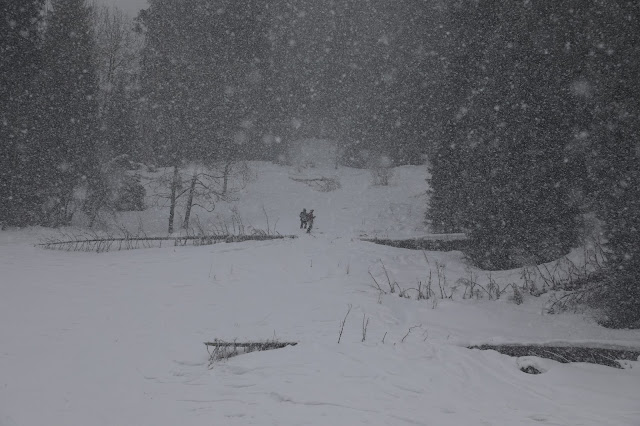 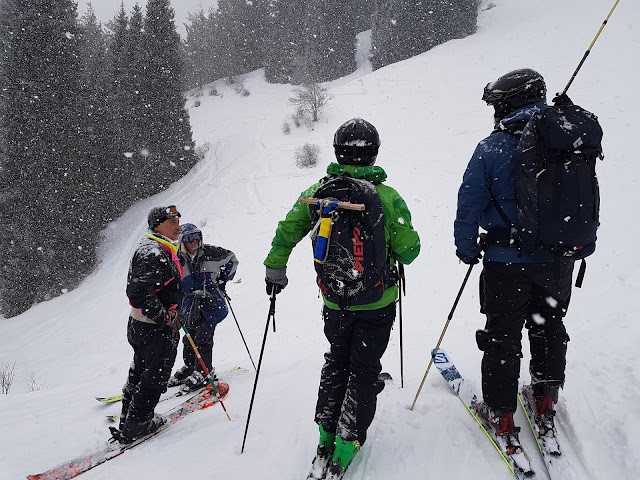 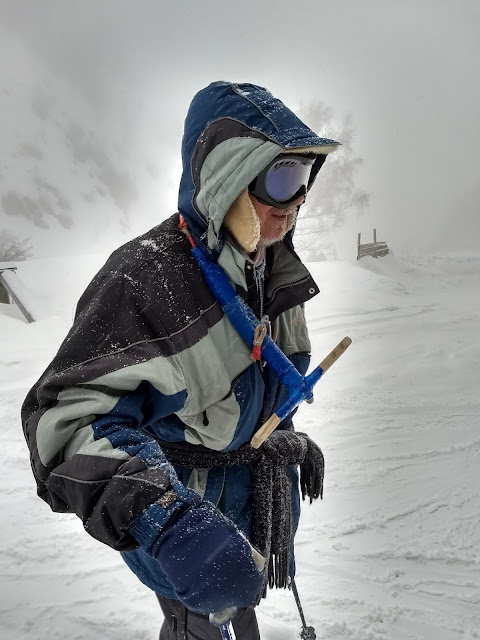 Travel... gates on the road towards Pioneer: 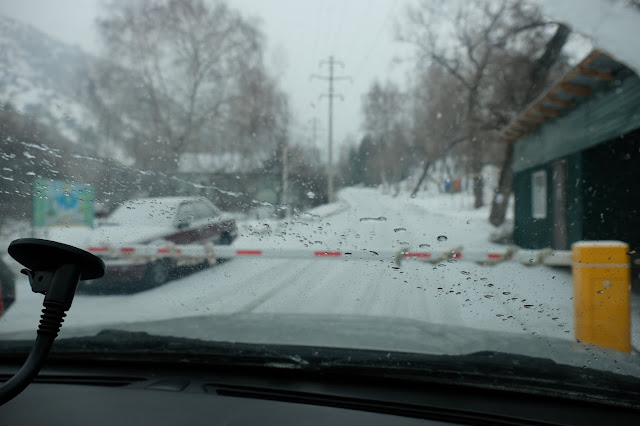