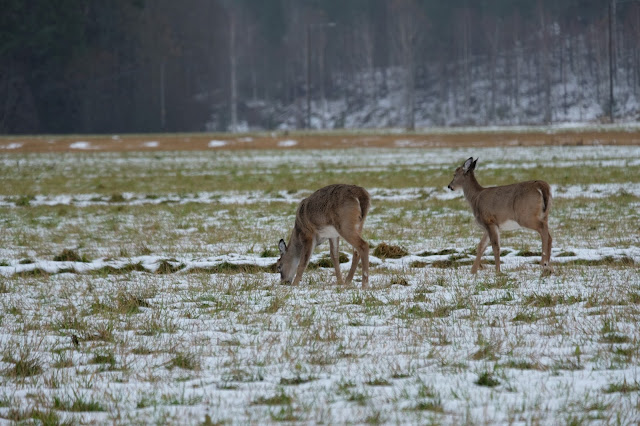 Today's article is from this blog's guest writer and my good friend Jarmo:

There was snow and rain, kids did not want to join and I had a schedule mismatch with Jari so I decided to stay at home. But after a while I figured that it would be nice to do some Sunday walk in the forest anyway. From local orienteering club Lynx map I had checked a bunker with an interesting description, "blasted big bunker".

I approached the place from the west to avoid going through private yards. On the nearby road there was a good place to park a car. I took a direct route through the forest but later found out that there is also a good walking path from the road to the bunker.

The place turned out be interesting. There was a big several meters high and wide hole in the rock and large pile of rock debris below. It is clear that someone has put a lot of effort to the place. The only problem was that I could not find any bunker. The place was marked with a local orienteering club sign that says "BUNKKERI" so I knew that I was in the right place. If there once was a bunker it was totally destroyed. The area was covered with snow so it is possible that there is something hiding below the snow. Usually bunkers are built with concrete and I did search signs of concrete but could not locate any. I probably need to go and check it again after the snow it gone. Although I could not find a bunker it was nice and relative short walk from the road and worth a visit. There were also some partly filled trenches close to road that I checked on the way back.


Update a few days later: It seems Lynx's great map and the sign was wrong this time. Per another source, this site is NOT a destroyed bunker but rather a Soviet quarry for stones. That matches better what's remaining at the site. The name used for the site is "Kärinberget 2". The quarry classification is also confirmed by the Finnish Museum Ministry's database. 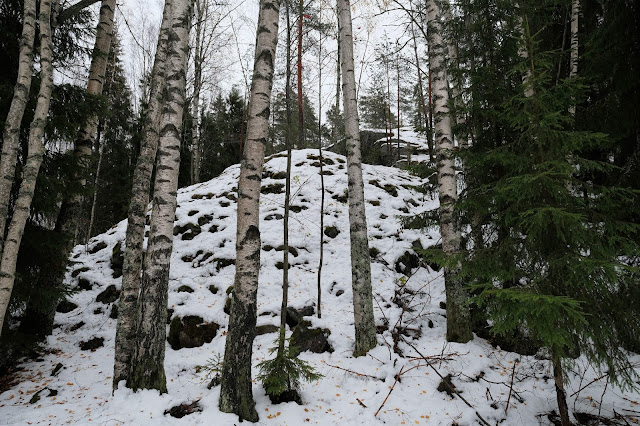 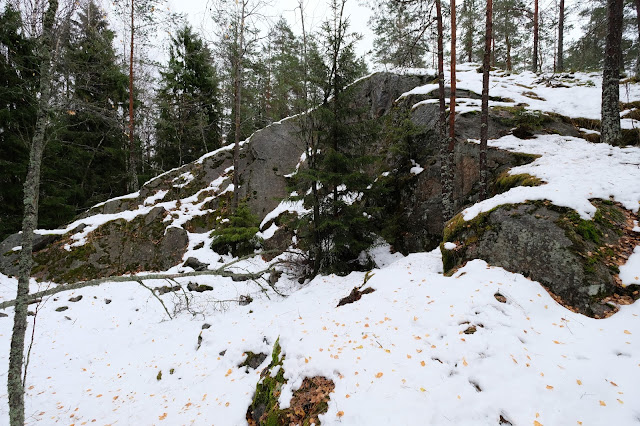 Lynx's signs, this one is about a trench: 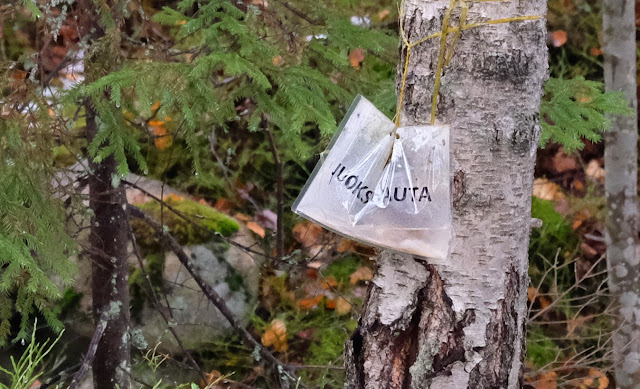