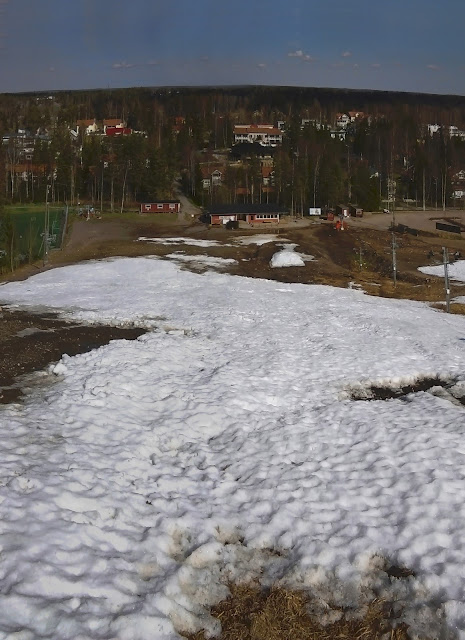 Wappu, or first of May is a huge celebration in Finland, traditionally celebrated by hiking to a hill and drinking alcohol. This is very different from other festivities in Finland, where the part about the hill is omitted.

The hill that people traditionally climb is one of the park hills in Helsinki, but this year Janne and I decided to go searching for caves and holes in Espoo. We found the Saunalahti hole, a crystal opening where the crystals have long since departed, just the surrounding granite remains.

We also searched for caves from a large boulder in Suomenoja, and found some small holes under this 5x5x5 cube-formed rock. But what was more interesting was the bouldering routes along the sides. Janne didn't have climbing shoes to try them properly, but it seemed that a few moves could also be made with slippery rubber boots.

Finally, I skied the traditional May run in the Grani ski hill in Kauniainen, my home town. I almost didn't make it, having to leave for a business trip and being late with packing, but in the end I found the half an hour to visit and make a fun ski run in the blazing sunshine, wearing a t-shirt and wondering why the ski area has closed when there's so much snow left. 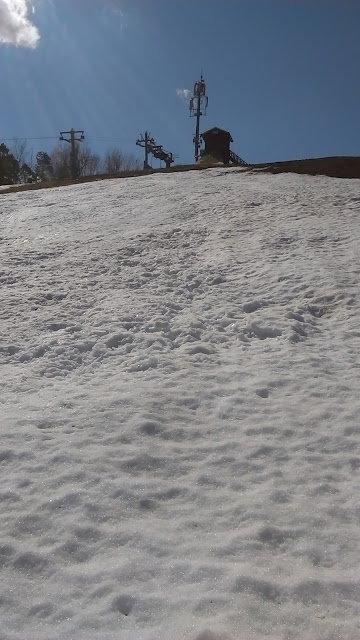 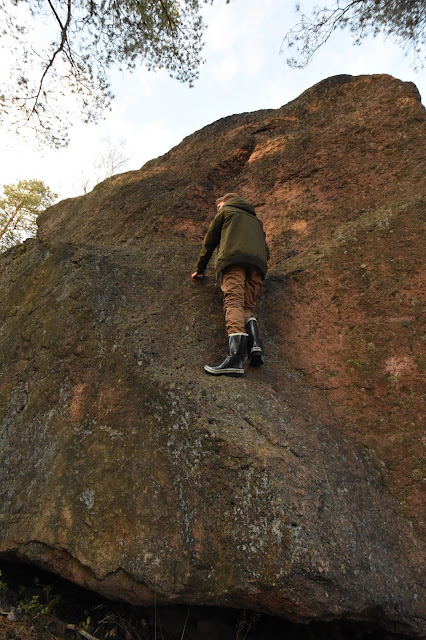 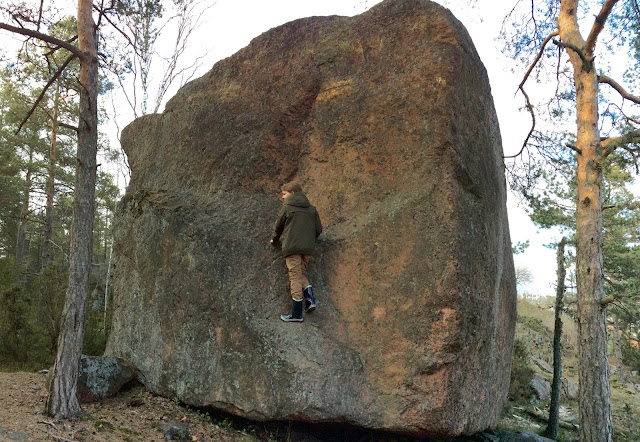 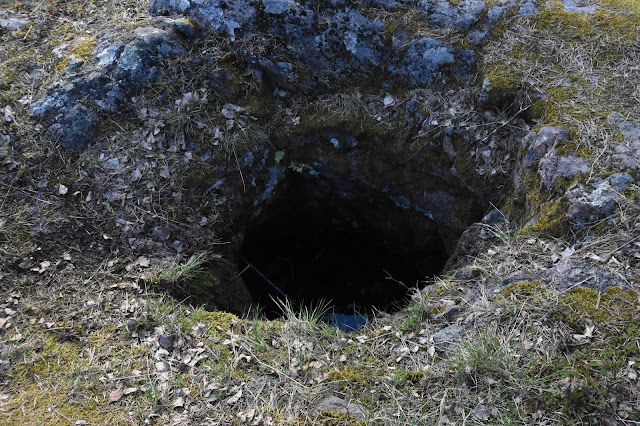 Posted by jariarkko at 3:43 PM