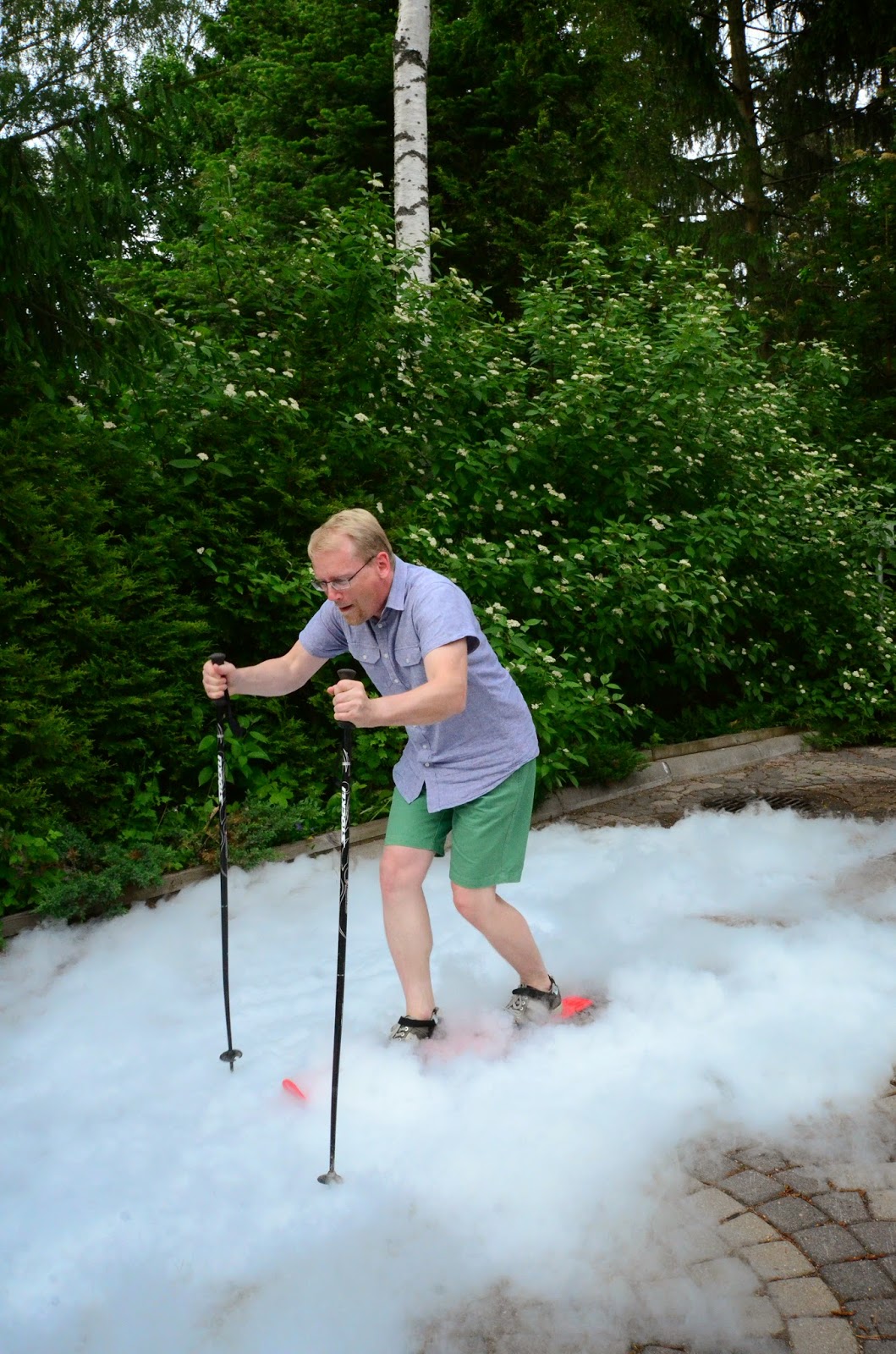 This was an obvious opportunity for a physics test. Pour the nitrogen on the small slope in my yard and attempt to ski the liquid-covered surface. I put on my Orthex miniskis, grabbed a pair of poles, and skied the slope.

The skis slid on the surface... pretty much like they do on any rock surface, i.e., not very well. Much of the nitrogen disappeared in a white cloud. But there was a little bit of ice formed on the rocks. (See the picture of the surface further down below.) But still, it was not a bad ski day. The cloud was nice, even if I used only a small amount of the liquid.

With more liquid, the icing effect would perhaps have been more noticeable. But at the same time, the risks would have been higher. I wouldn't want to fall on a pool of liquid nitrogen, for instance. 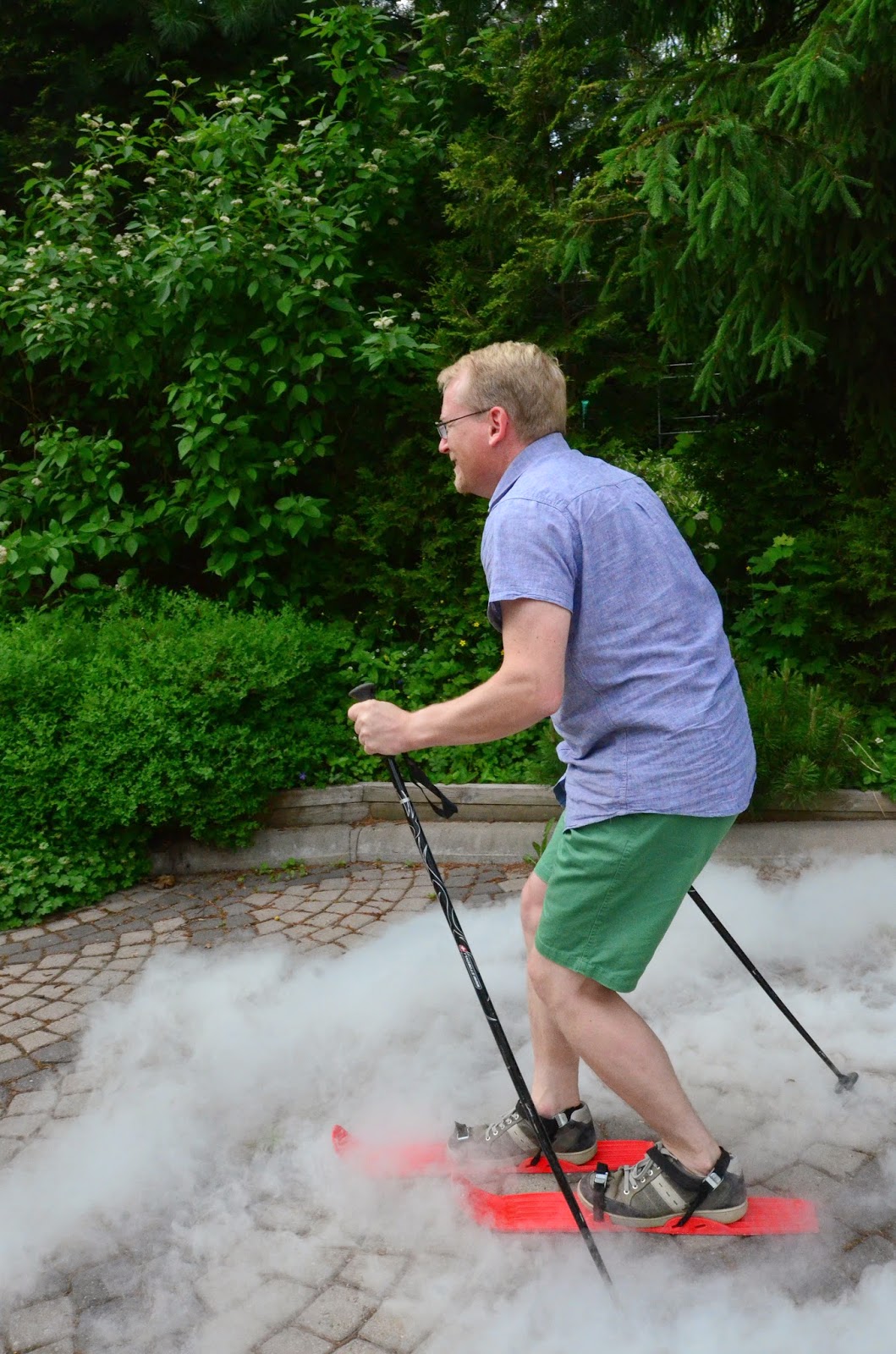 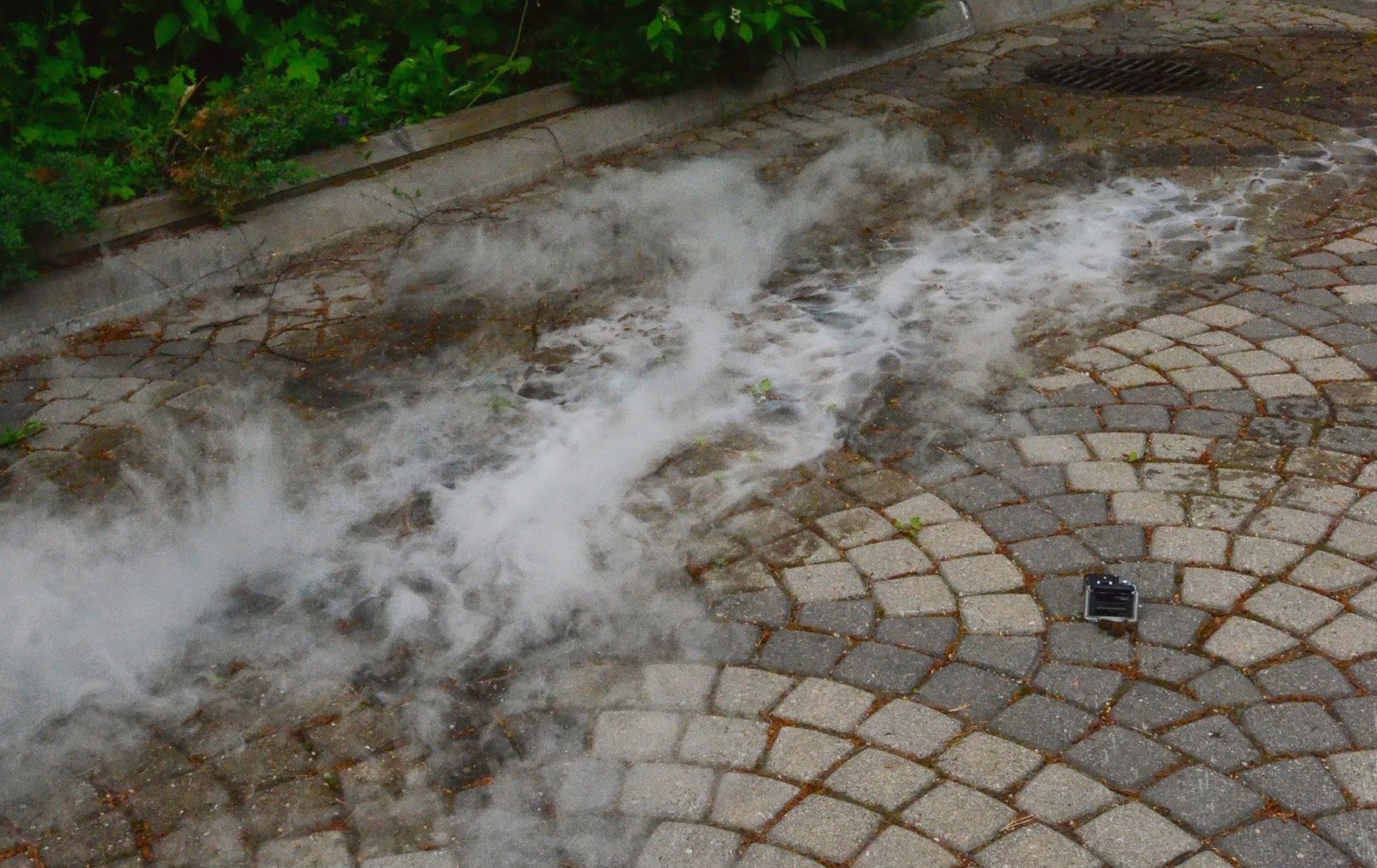 So what happened with my son's overclocking experiments? The CPU was run at 8.025 GHz. Here's the icy heat sink: 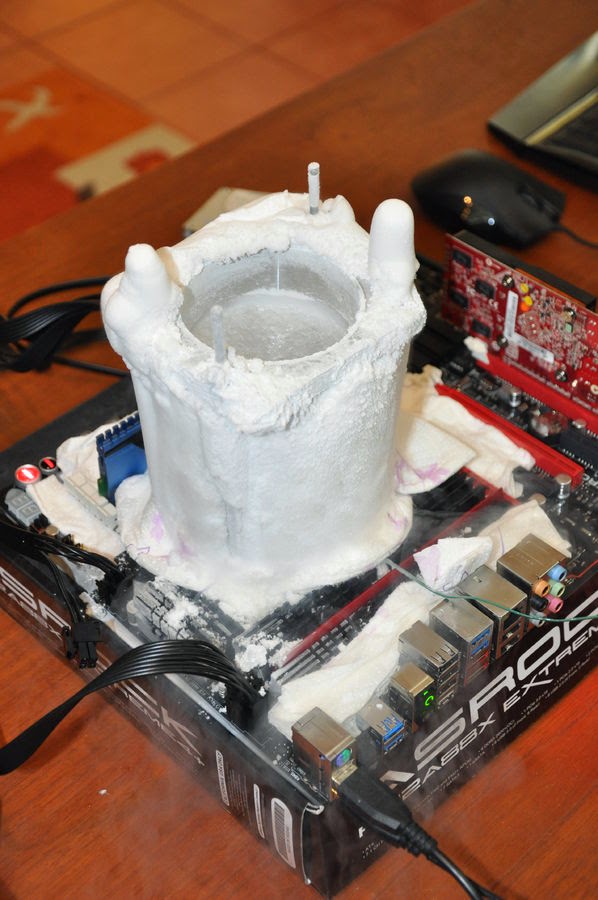 WARNING: Liquid nitrogen is extremely, extremely dangerous. Physical contact with it is obviously dangerous. But it is even more dangerous as an unnoticeable gas that could replace oxygen in the air.