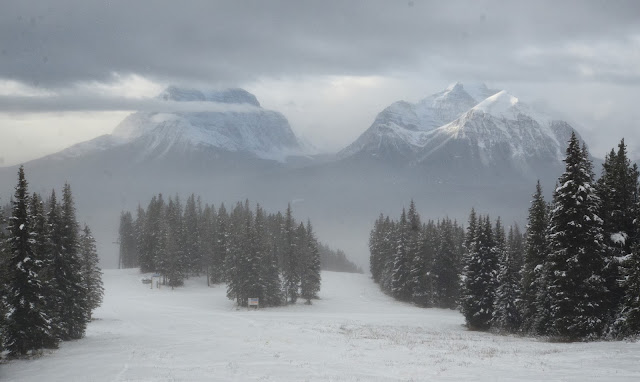 Only twelve ski areas had opened in North America in early November, but travel to eleven of them would take too long. No choice, really: I had to go to Banff. 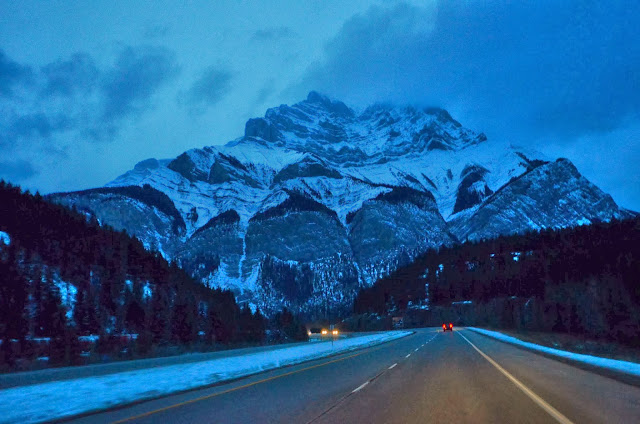 Nakiska is a small ski area on the way from Calgary to Banff. At the time, only one slope was open. Fortunately they had also opened up their new "Monster Glades" section next to the slope. Skiing through the steep woods was a fun, even if a bit rocky early-season experience. Sandy, my local friend helped me navigate in the woods, on her recently healed leg. (Thanks - I'm hoping skiing icy woods was good recovery training.) 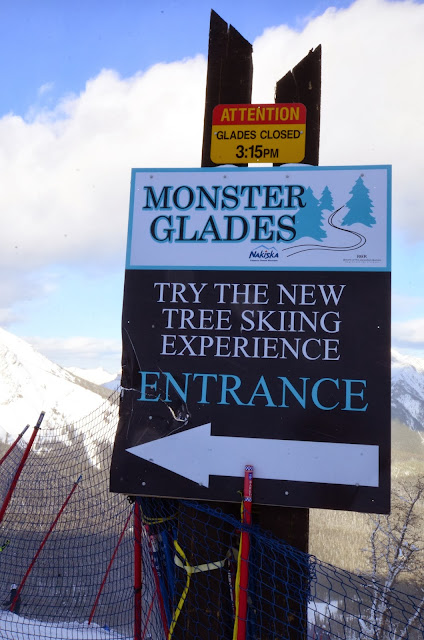 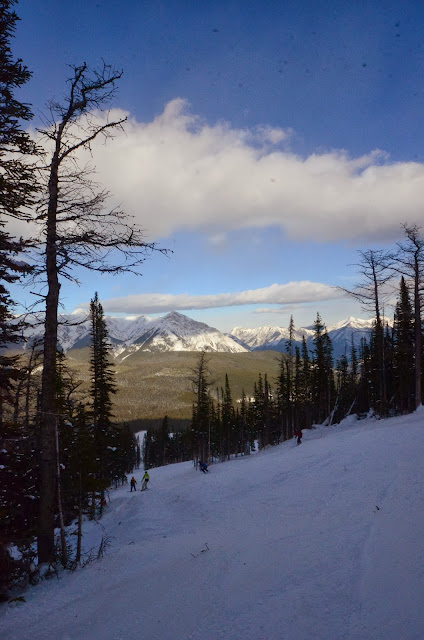 Even in Canada, the ski areas worry about liability lawsuits. But I thought Nakiska's placement of the legal disclaimer in the toilet was over the top. But come to think of it, I did not read the disclaimer. Maybe it was for the use of the toilet? 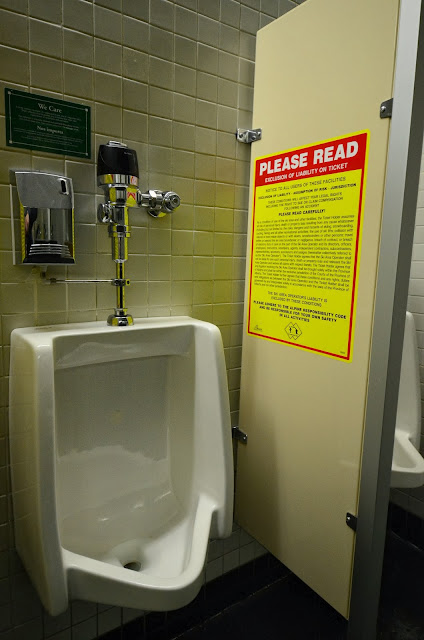 A night in Banff. Being too busy on my two-week business trip, I had been unable to reserve a hotel beforehand in time. And on the previous day everything seemed booked. When leaving Nakiska I had to make a decision whether try to find something in Banff or return to Calgary. I chose to drive to Banff and risk it. I found a hotel easily on the spot, although I had prepared to camp out in my car if the situation turned really bad. Having to return back to Calgary would have killed my ability to ski further out from Banff on the next day.

Once I had settled at my hotel, I set out to explore the small city centre. This was the weekend after the Banff mountain movie festival, so there were no movies to seen. But there were plenty of bars and restaurants. The only problem was that they were all full. I wanted to dine at the Grizzly House, which would have served rattlesnake fondue. Eventually I settled for the bar at Maple Leaf Grill and Lounge; they also served food. 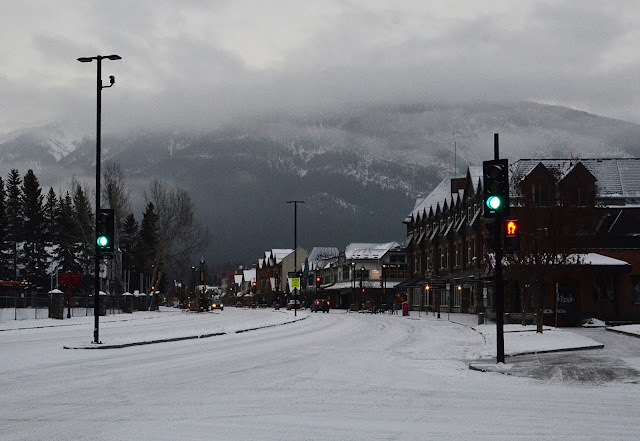 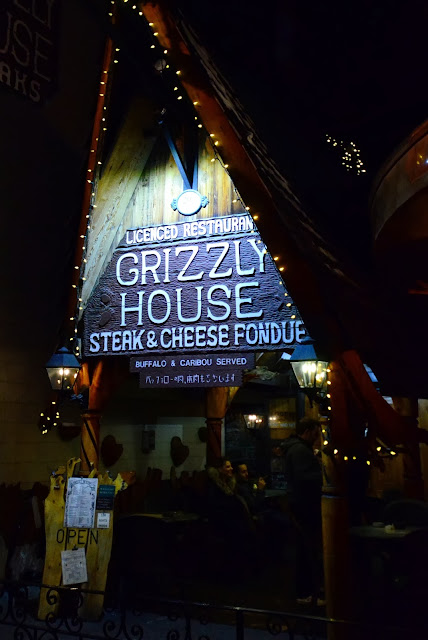 Banff is a ski town, but it is definitely also a shopping and tourist destination. The spas, fancy hotels, the shops. Here are some of the products that were on offer: 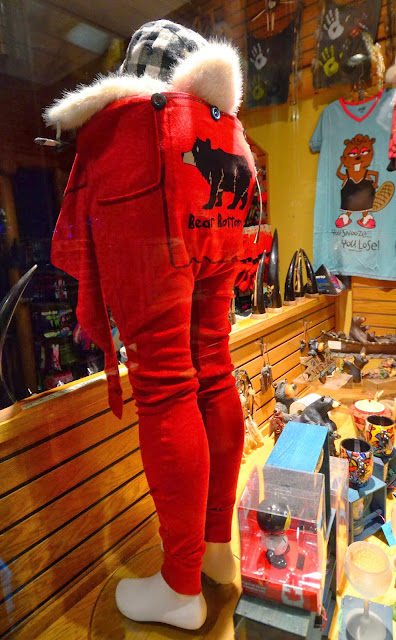 The next morning I headed out to Lake Louise, a more widely known ski area. The views in this area of the mountains are just incredible. Lake Louise also had just one slope open, the blue run #8 from the Glacier Quad Chair. This long cruising run was fun to ski, however. But it would have been even more fun to explore the whole mountain, when the ski area's web site says things like "run #148, Larch, is delightful". That is a lot of ski runs!

After a while, I realised that the one run was getting too crowded. I sneaked under the ropes and headed to the forest to avoid being detected by the all too numerous ski-patrollers. This was to be my last run before I had to head back to the airport, so if my pass would be pulled it would not matter much. Once through the forest, I found the black run #7, covered in new snow (but with a rocky base underneath). As the season progresses, I feel more and more sorry for my skis that have to take the rocks. But it was a good ski run.

Interestingly, I later realised that Lake Louise boasts to be the place where grizzly bears can be viewed from the ski lift. So maybe it wasn't such a great idea to ski alone in the forest and closed areas. The bears might be sleeping lightly still in the early season :-) 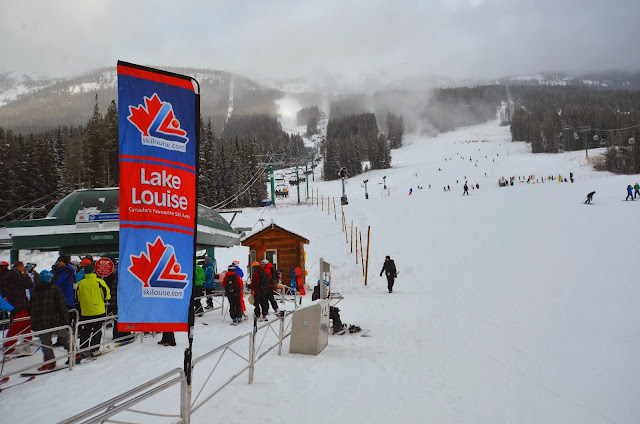 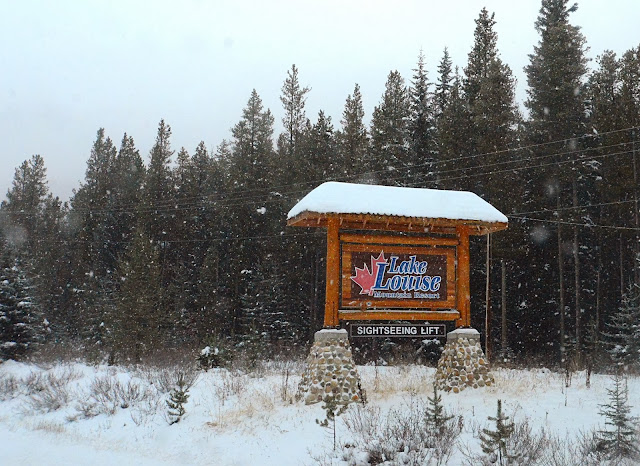 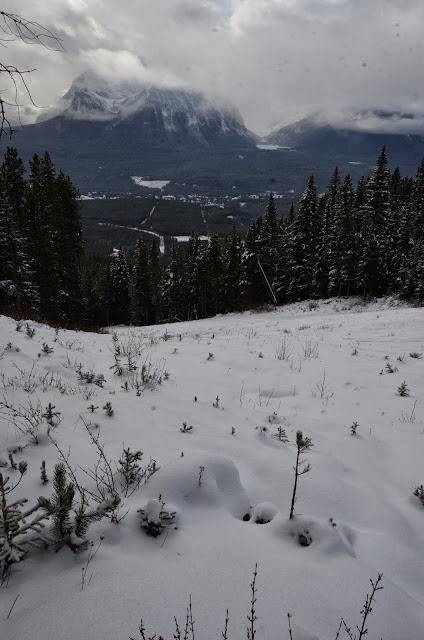 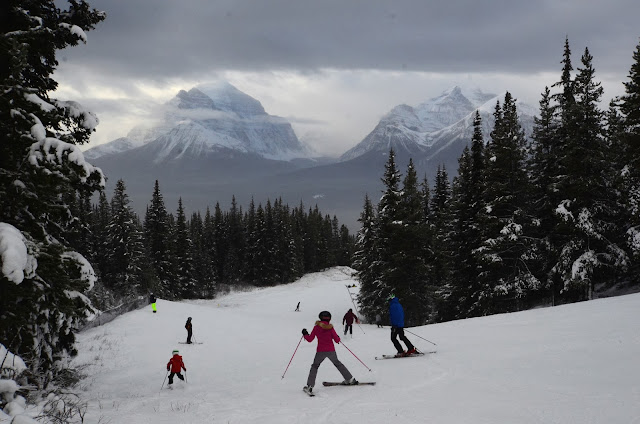 This is lame beyond belief, but while I knew there was great skiing in Canada, it had not occurred to me that the rockies extended this far north, and that they were perhaps the most striking, beautiful mountains that I have seen. And I only saw glimpses when the clouds parted for few moments.

Banff is definitely a place for me to return to, some day. When there's more snow. 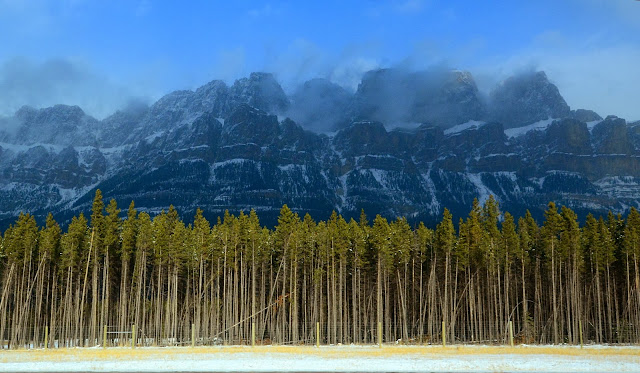 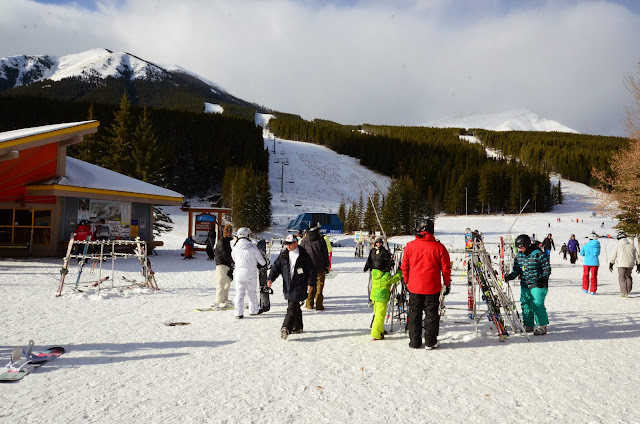 Then it was time to go back. 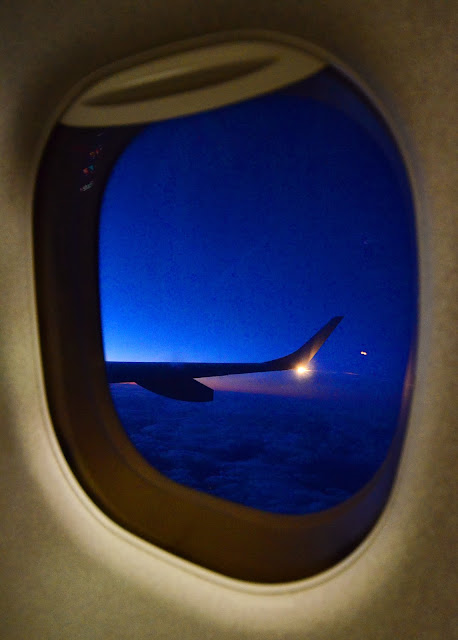